Is New York City on the brink of a financial crisis? Some people think it is. According to a very recent article in The New York Post, the city is “careening closer to all-out financial bankruptcy.” Even if this report is exaggerated, it certainly gives one reason for thought.

The problem the city is facing is not a shortage of revenues, because the tax base here is enormous and literally every second of every day money keeps pouring into the city’s coffers. Rather, the problem is that despite all those revenues the city seems determined to spend as quickly as possible. 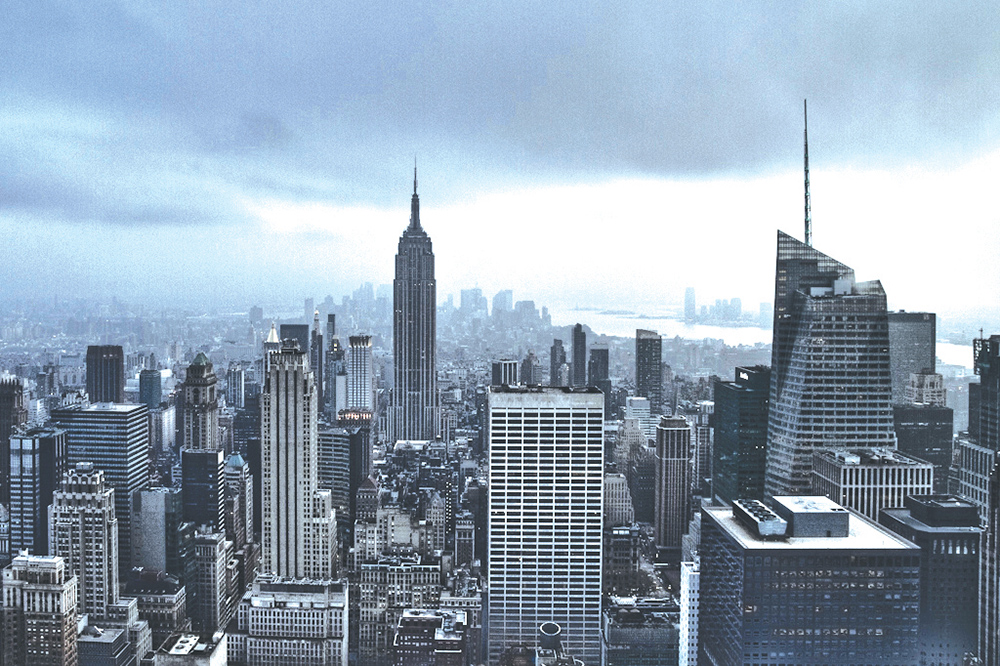 Long-term debt already exceeds $81,000 per household. At the same time, a growing number of businesses and residents, reeling and angry about the super-high taxes here, are moving to low- and zero-tax states in droves.

Experts say the combination of these events has left the city vulnerable to an unexpected financial shock, such as a recession, which some believe is not only inevitable but looming on the horizon.

“The city is running a deficit and could be in a real difficult spot if we had a recession, or a further flight of individuals because of tax reform,” said Milton Ezrati, chief economist of Vested. “New York is already in a difficult financial spot, but it would be in an impossible situation if we had any kind of setback.”

One such setback appears to have already materialized. While the state foresaw a slowdown in tax revenues, the one it is currently experiencing is unexpectedly high. Governor Cuomo said, “Tax collections are even worse than anticipated,” and are “as serious as a heart attack.” As a result, the state is facing a deficit of $2.3 billion.

Comptroller Tom DiNapoli said this slowdown is the biggest hit to the state’s finances in some time. Moreover, he added, “That $2.3 billion figure could get worse before it gets better.” In fact, the spending plans Cuomo outlined just a month ago are now “unsupportable,” he said.

Because of these developments, the state’s preliminary budget for the coming fiscal year calls for cutting $600 million in aid to the city.

Despite the already high debt, the city is planning to borrow more for its next budget, which could be as much as $3 billion more than the current one. Increasing the city’s budget is nothing new. They’ve grown some 32 percent since de Blasio took office – triple the rate of inflation.

The following are some other surprising economic statistics:

*The city’s workforce has soared by more than 33,000 in the past five years.

*New York City is ranked first in the nation in local tax burden according to The Post.

*New York State has the highest taxes (based on taxes as a percentage of income) according to US News.

*Property taxes, which generate almost half of the city’s revenue, are rising faster than any other revenue source. This is hurting businesses. It is also prompting some homeowners, who were hit hard by changes in the deductions they can take on their federal taxes, to relocate to lower-taxed states.

What happens when revenues drop and can’t cover budgets? The traditional answer has been to raise taxes. Now, too, because of the state’s shortfall in revenues, there are calls to “soak the rich.”

And further soaking could very well be counterproductive. In a very recent radio interview, the governor said that some Democratic legislators support programs that would add billions of dollars to the state’s budget. And he said that other Democrats in the legislature, including several newly elected state senators, favor imposing new, higher tax brackets on New York’s residents as a means to pay for new programs.

Cuomo warned against both of these. New York already imposes the second-highest taxes on millionaires in the nation, he said, adding that newer members of the legislature may have to face what he called “budget realities.”

With a population of approximately 20 million people, New York State is the fourth largest in the nation. So what’s the big deal if a few hundred or even if a few thousand people move away?

In this case it’s not just the number of people, but the people with the numbers. In 2016, the 3,500 highest-income city residents generated approximately 23 percent of New York City income taxes and 28 percent of the state’s income taxes.

No wonder Cuomo is concerned about the real possibility that these wealthy people will leave; the vocal and increasing calls to “soak the rich” are not making him feel calmer.

With an already huge deficit, huge debt, and the possibility of an approaching business slowdown, the last thing both the city and the state need is for its most prosperous taxpayers to leave.

And with tax bills already at or near the highest in the nation, the last thing very wealthy New Yorkers want to hear is that they are not paying their fair share.

As noted above, a growing number of people are leaving New York. Between mid-2017 and mid-2018 more than 48,500 residents left for other states – a greater number of out-migration than from any other state.

And it’s not just the state that’s being pressured by these trends; so is this city. “New York City could go bankrupt, absolutely,” said Peter C. Earle, an economist at the American Institute for Economic Research.

“In that case the city would get temporary protection from its creditors, but it would be very difficult for the city to take on new debt,” he adds.

It has been pointed out that people in difficult situations somehow manage without government programs to assist them. However, once those programs have been introduced, they are no longer a convenience but become a necessity. The numerous social, health, and education programs the city has introduced have gone a long way to helping residents here.