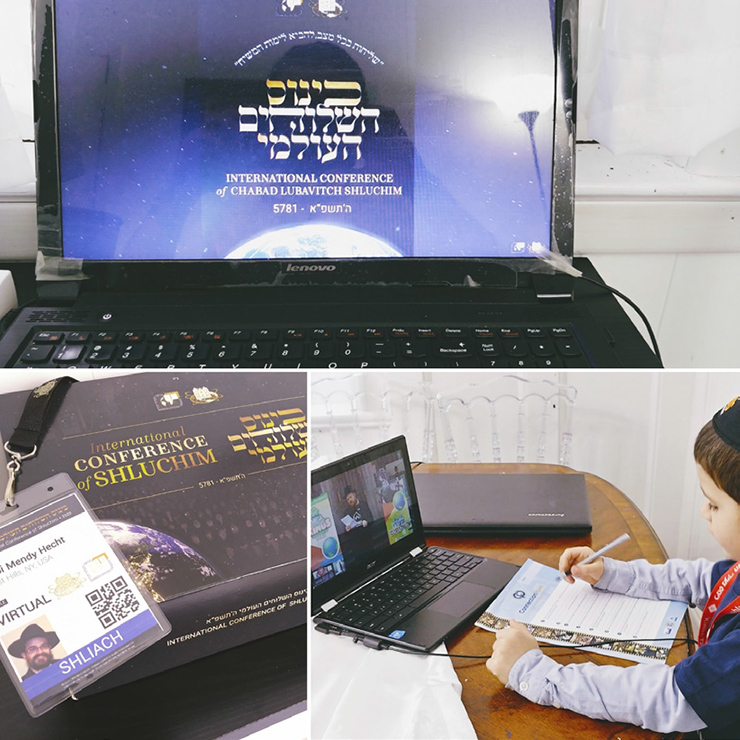 “The main point of it, as it is at all Chabad Houses, is how to use this sad situation for good and to do more good work,” said Rabbi Nachum Sarytchev, who has been the shliach in Ridgewood, Queens, since 1999. “Our activities have grown and more people are participating.”

The logistics of the world’s largest Jewish live-stream convention meant accommodating each time zone, managing breakout sessions, and the world’s longest farbrengen. To maintain some sense of normalcy, each participant was mailed a package that included a gift bag with literature, an identification badge, and a cookie with the Kinus logo on the wrapping. “The virtual event tried to copy the actual event to the best of its ability. It had a schedule and a registration bag customized for this year,” said Rabbi Mendy Hecht, the shliach for Forest Hills North.

With his entire family watching, Rabbi Hecht said that this year’s gathering set the attendance record. “It’s very special to somehow make it work virtually. I think that the impact was bigger as a result. In a typical year, not all shluchim can come to New York. This one gave us no excuse. All we had to do was to log in and watch.” 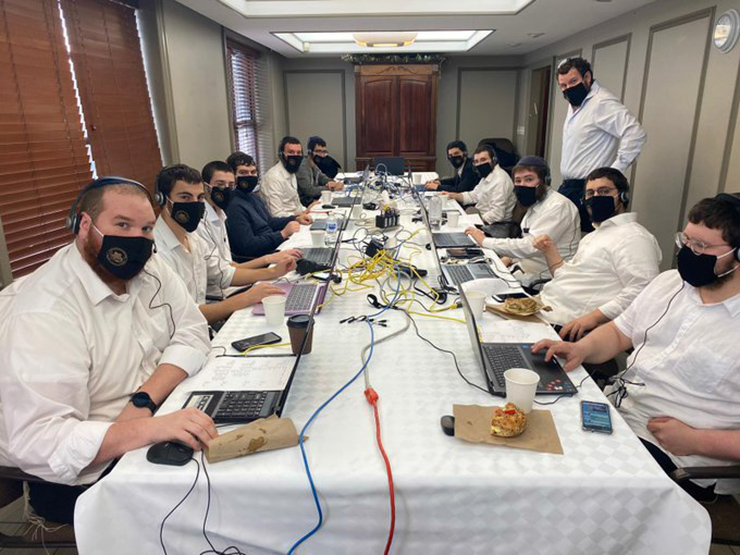 The difficulties of the pandemic were noted, along with reminders that Chabad shluchim have faced many hardships in their work and stayed at their posts to assist Jews in need. One such example is Rabbi Mendel Cohen, whose Chabad House in Mariupol, Ukraine, was on the front line in 2014 during a war between the Ukrainian army and pro-Russian separatists in Donetsk. “That was the moment when the connection with the Jews of that city became closer, stronger, a real family,” he said. “They felt that we didn’t just come to teach them. We are a part of them.”

Earlier this year, a security guard protected Rabbi Cohen’s Chabad house from an attacker brandishing an ax. The attack inspired him to expand the synagogue. “He came to hate, we came to love. This is our answer,” he said. This past summer, the virus infected him, and with assistance from fellow shluchim, he was airlifted to a hospital in Israel. He survived the virus and is now celebrating the expansion of the Chabad House that survived a war, an attacker, and the pandemic.

“As shluchim of the Rebbe, no geographic distance, no pandemic, and no barriers can ever separate you from one another,” said Rabbi Yehuda Krinsky, a senior Chabad leader who served as the Rebbe’s secretary.

“There were workshops on how to fundraise, respond to a crisis, tools on how to work as shluchim,” said Rabbi Hecht. “This year’s theme was to be a shliach in every situation – steadfast in our mission to bring Mashiach.”

At every Kinus, the names of those who died are recited. “This year’s list was very long: the last secretary of the Rebbe, Rabbi Leibel Groner, and we lost Rabbi Steinsaltz and Rabbi Jonathan Sacks. But we’ve added 100 new shluchim this past year in spite of the pandemic,” said Rabbi Shaul Wertheimer, the shliach at Queens College. Although Rabbi Sacks was not a Lubavitcher chasid, his meeting with the Rebbe in 1968 inspired him to study for s’michah and take the pulpit.

The keynote speaker was attorney Nathan Lewin, a prominent defender of Yiddishkeit in legal forums. He spoke of his role in defending the right of shluchim to place menorahs in public squares and ensuring that the Rebbe’s library is preserved as a community property against a member of his family who sought it for himself. Some 15,000 public menorahs are expected this year worldwide as a result of Lewin’s advocacy and the determination of Chabad shluchim.

Another highlight was the farbrengen, which typically begins after Shabbos ends. At this year’s Kinus, the shliach in Australia logged in first and, as the sunset moved west, others joined him, with the Chabad House in Anchorage, Alaska, being among the last to log in for the farbrengen. The singing and storytelling exceeded the world’s 24 time zones.

“Songs, a challenge on Zoom due to the lag between users, took place in a semi-chaotic round with voices from Oslo, Paris, and Portland landing in succession like waves on a beach,” wrote Mordechai Lightstone, the social media editor at Chabad.org. As of Monday evening, the farbrengen was still happening, setting the record as the world’s longest Zoom meeting, with anywhere from a couple of hundred to a thousand participants. 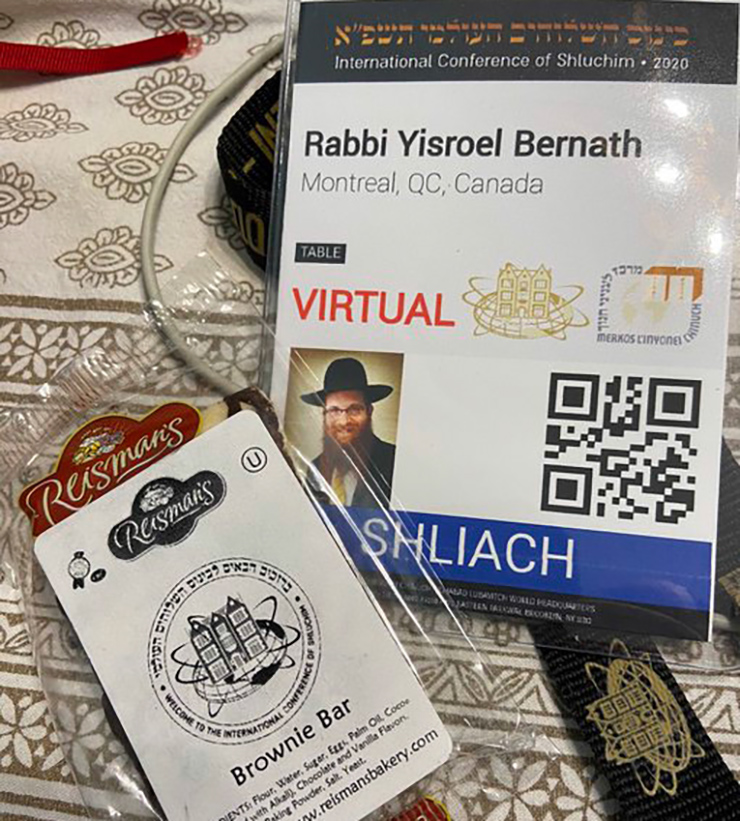 Along with online programs, Chabad continues to provide kosher food packages, candles, literature to the public, and speaking to people at their porches and windows. “The connection with our communities has grown,” said Rabbi Eli Shifrin, the shliach in Little Neck. “It’s the individual attention.”

There are 20 Chabad Houses across Queens and 38 on Long Island, serving communities with varying numbers of Jews, including college campuses and hospitals.