The autumn rain did not deter 150 runners from circling the Unisphere globe in Flushing Meadows Park last Sunday in a 5K challenge benefiting families in need. “It was insane, really wet,” said Laura Schutzman, whose daughter attends fourth grade at the Yeshiva of Central Queens. “There was so much school pride to run for three miles in pouring rain, and people on the sidelines offering doughnuts and coffee.” 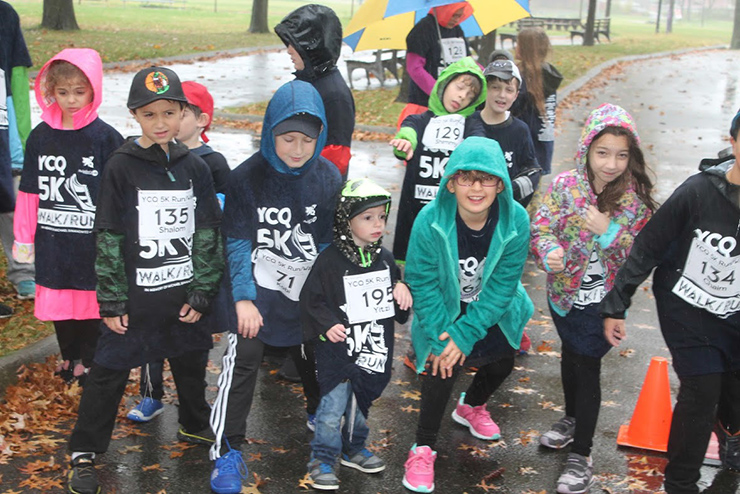 The 5K run/walk was organized in memory of Assemblyman Michael Simanowitz, a father of YCQ alumni and a supporter of the school. Avigdor’s Helping Hand, the Queens-based organization, benefited from the money raised for the event, going towards its mission of providing assistance to bereaved families that have lost their primary breadwinners. “We’ve been with this school for many years, and my wife had this idea,” said organizer Joshua Sisser. “It was something different, to get people outside, and there were families beyond YCQ that expressed interest. The rain made this event more memorable.” 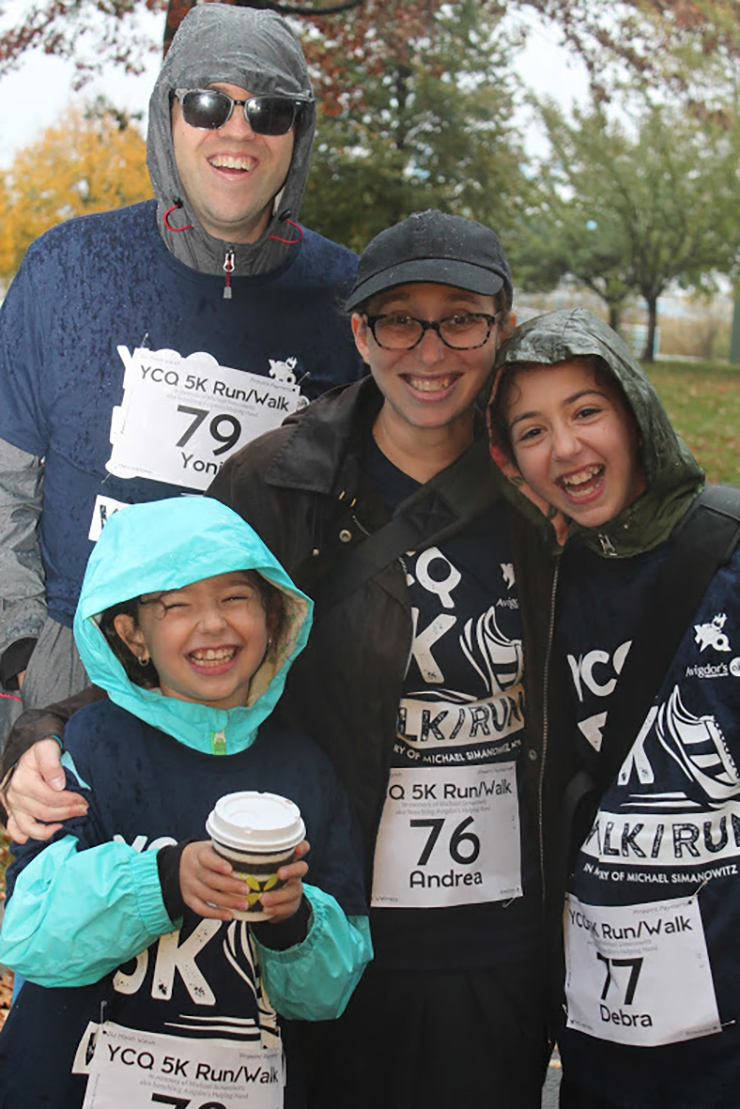 Sisser knew Simanowitz from his youth growing up in Forest Hills, and was familiar with his quiet and effective method in representing the interests of the Queens Jewish community. The Electchester resident died at age 46, nearly two years ago, from cancer. Assemblyman Michael Cusick of Staten Island drove in the rain to participate in the race, where he was cheered on by his colleagues Daniel Rosenthal and David Weprin. 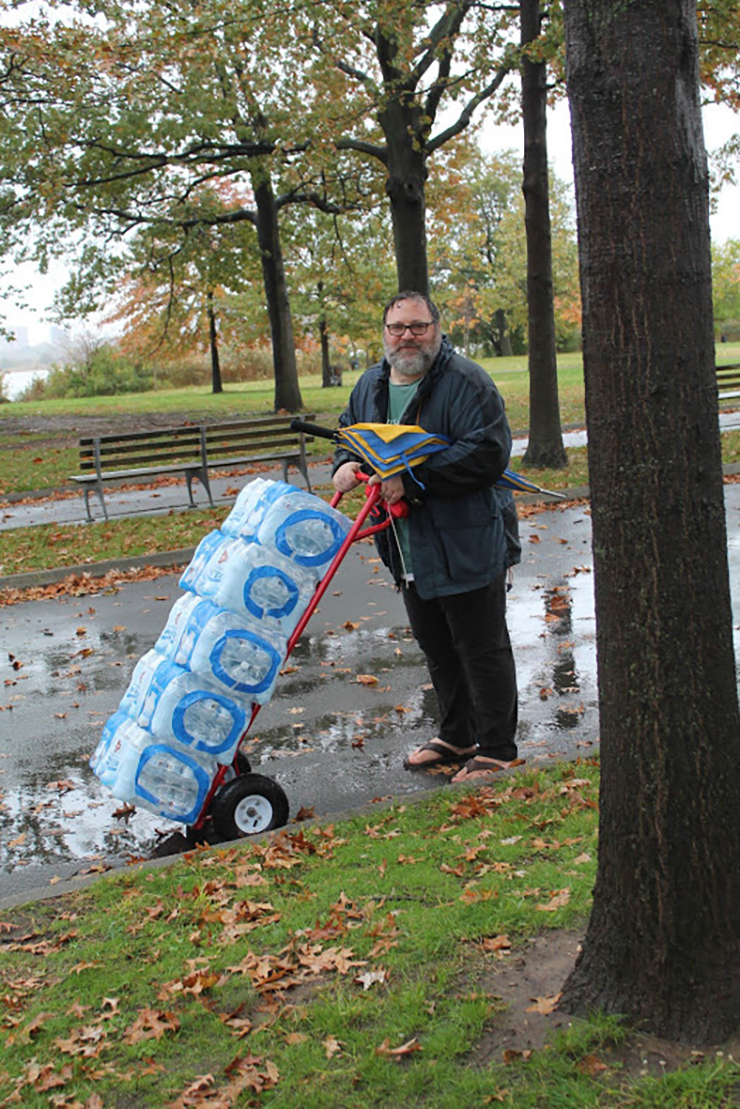 “They were close, he was his best friend in the Assembly,” said Rosenthal. Shortly after his death, Cusick sponsored a bill to allocate the balance of that year’s salary for Simanowitz to be paid to his widow Yehudit. It passed without opposition. 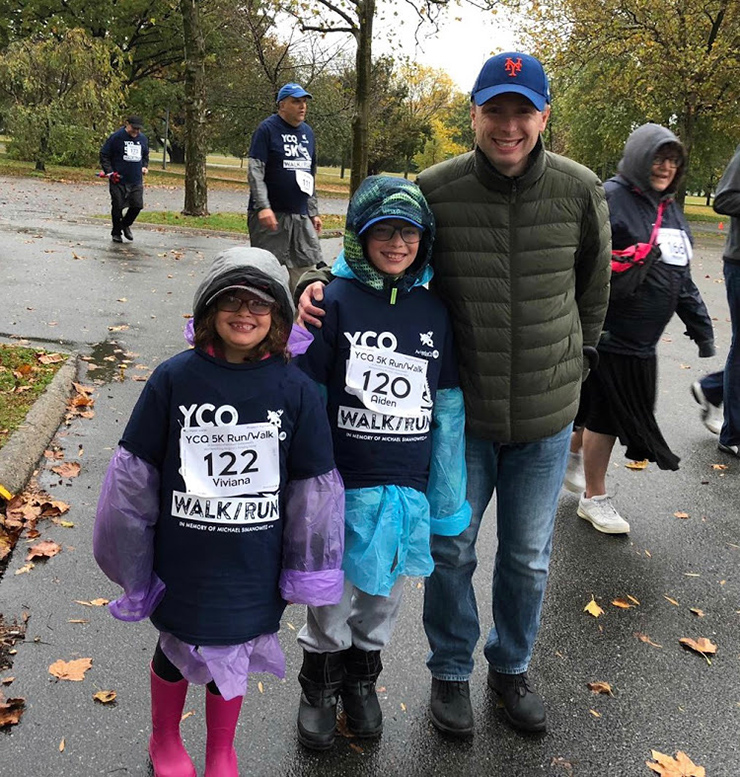 “He was a very close friend of the school, a parent, board member, active participant in all of our events, and an advocate for the school and its mission,” said Rabbi Mark Landsman, principal of YCQ. 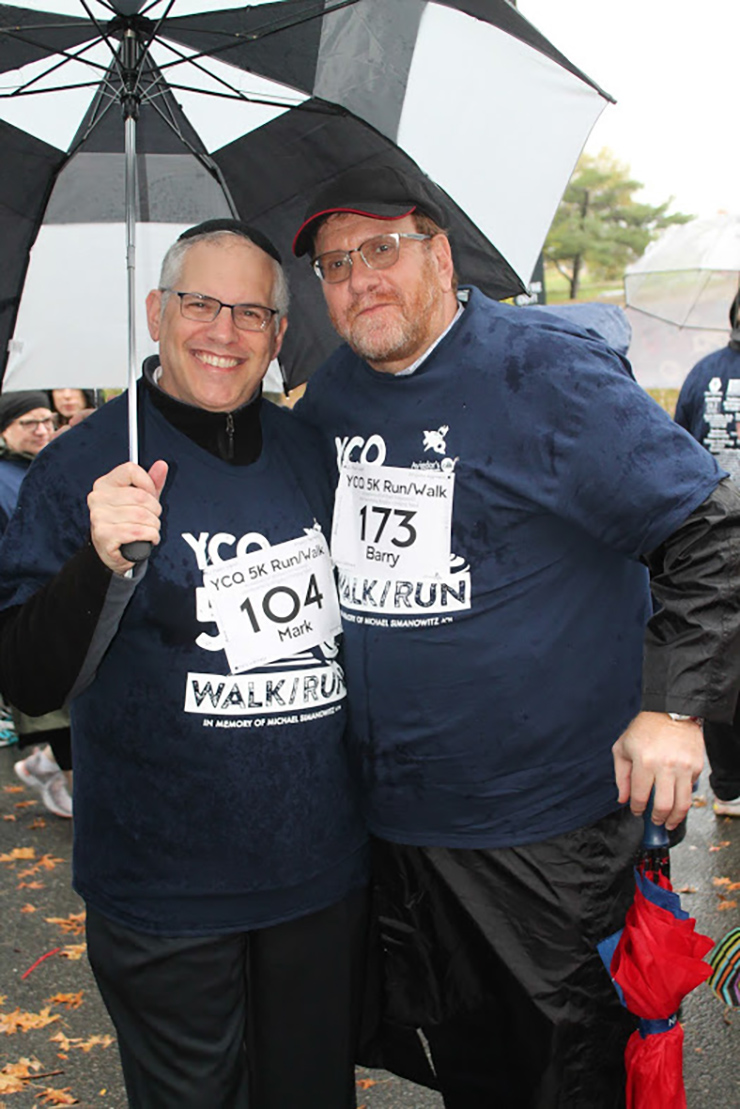 Sisser noted that Flushing Meadows Corona Park lies at the heart of Simanowitz’s district, now represented by Rosenthal. “We ran in a place where he was doing things.” Participants ran past cultural institutions impacted by his work in the State Assembly: starting near the Queens Museum, running past the Queens Theater, to the tip of Meadow Lake, and then back north to end at the gate to Arthur Ashe Stadium. 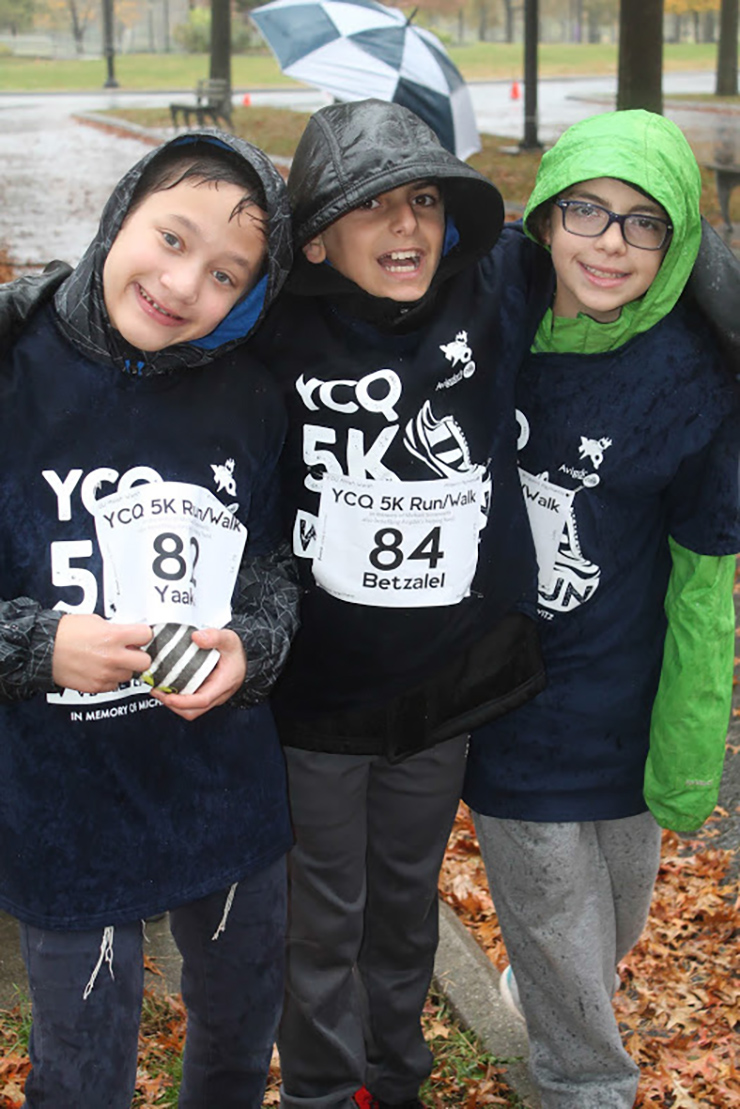 Simanowitz’s mother Sheila, as well as his wife and children, ran in the race, as did Rabbi Landsman, Alan Weinberg from Borough President Melinda Katz’s office, students, parents, and other supporters. “Some 250 people signed up, so if not for the rain, many more would have run. It was a first-of-its-kind event for the school,” said Sisser. “It’s a healthy event and could be the first of many to come.” 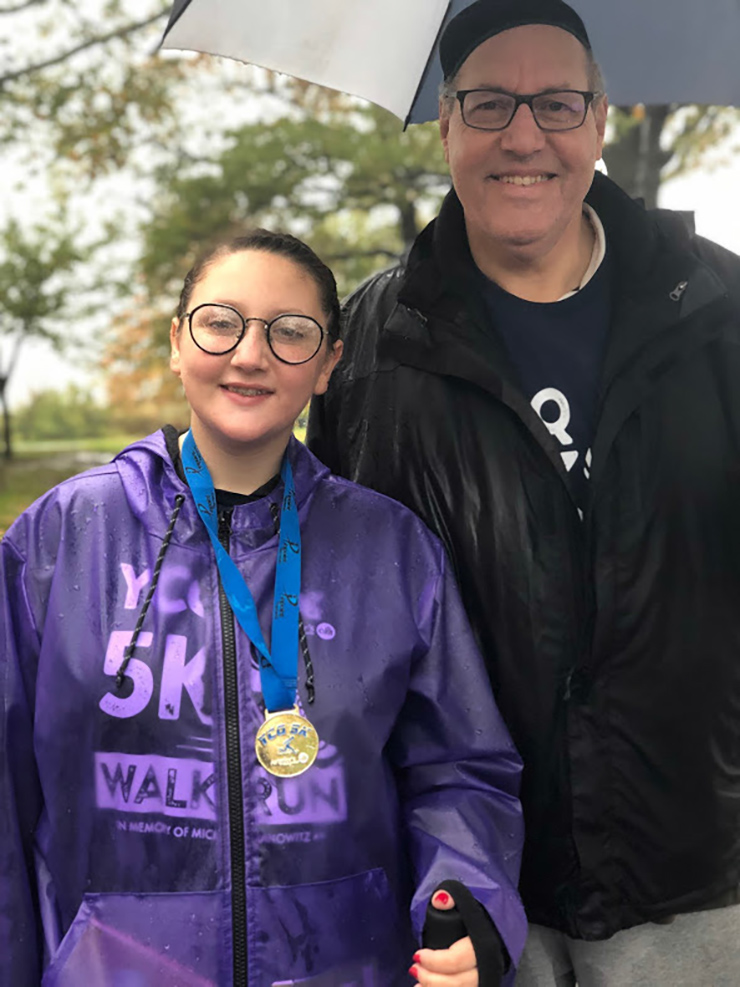 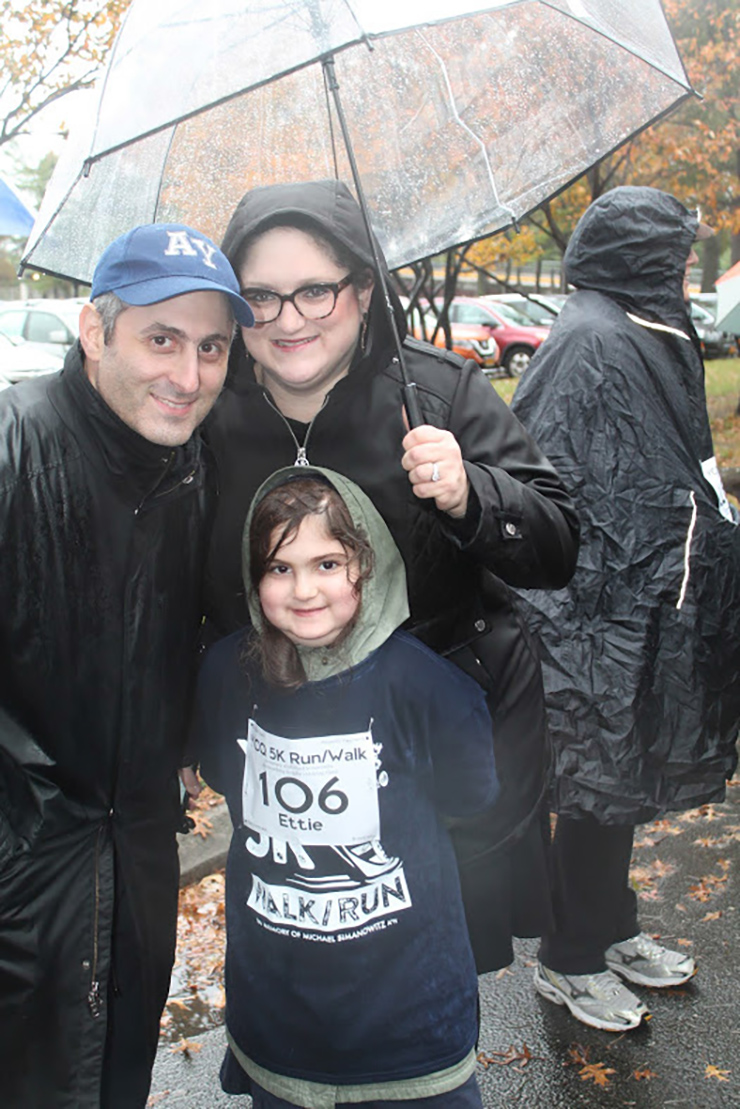 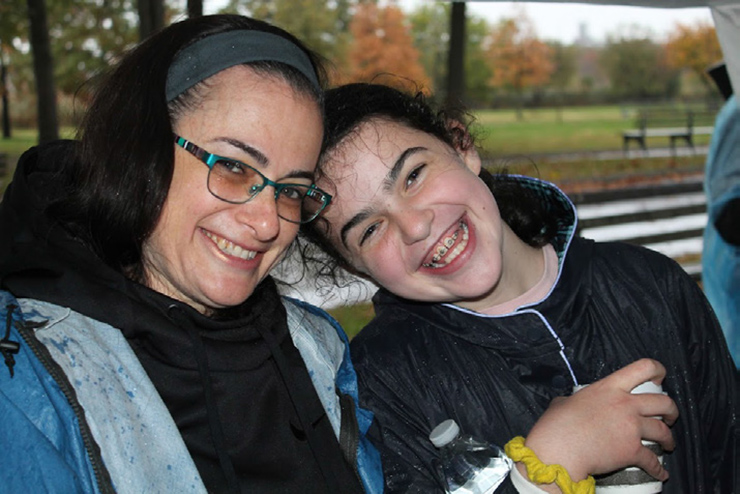 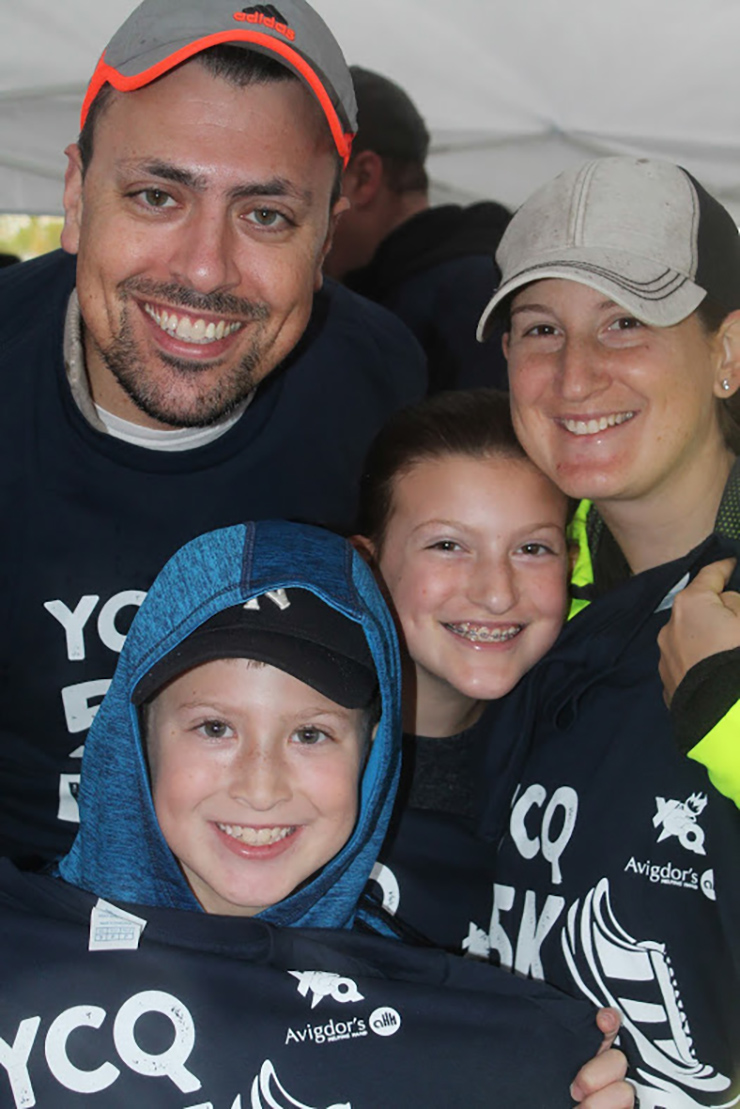 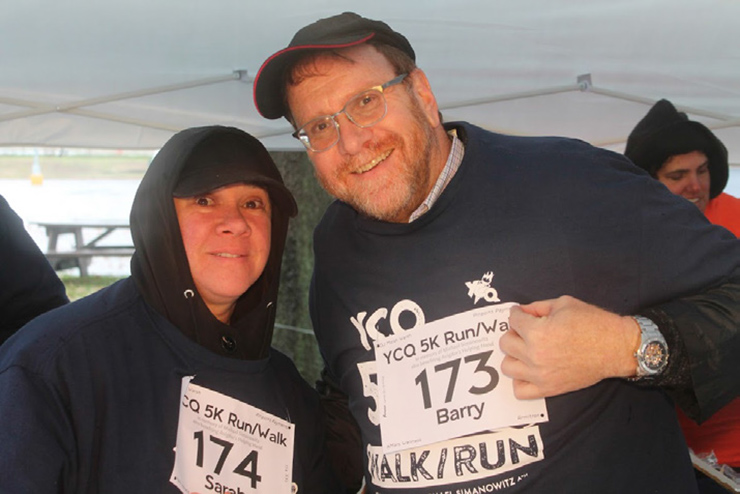 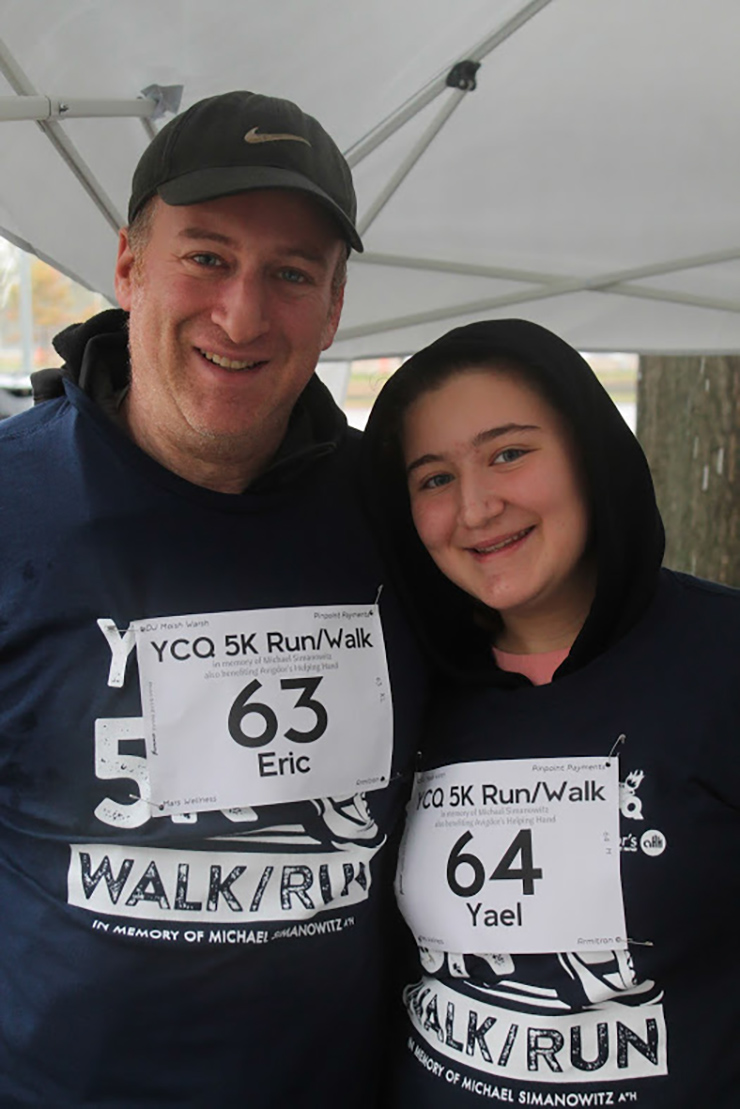 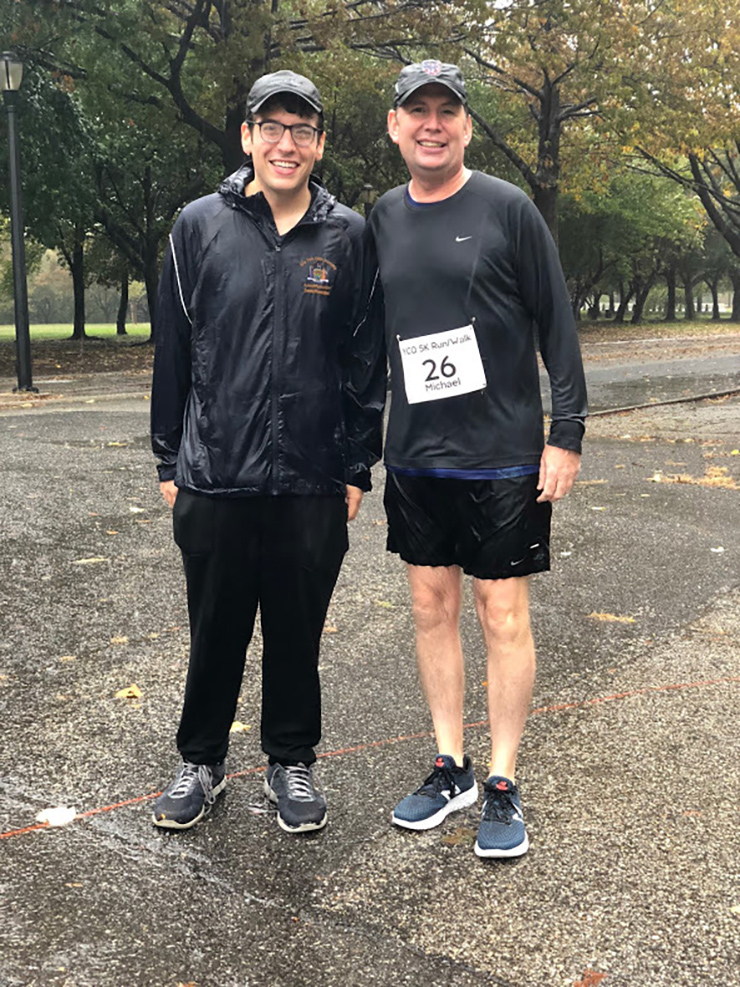 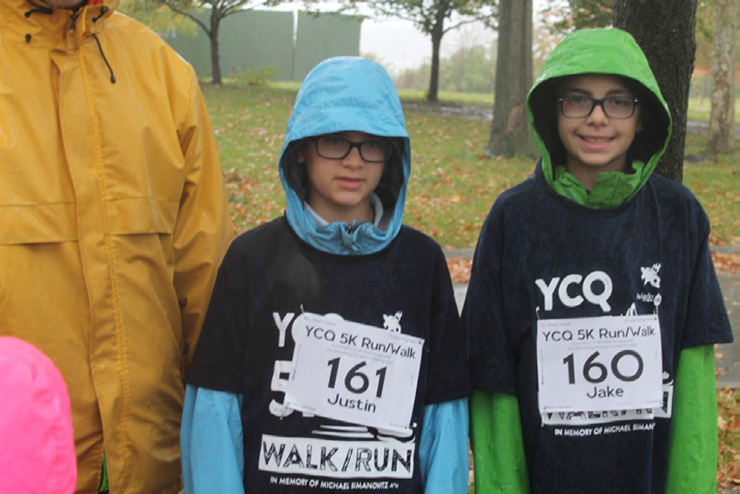 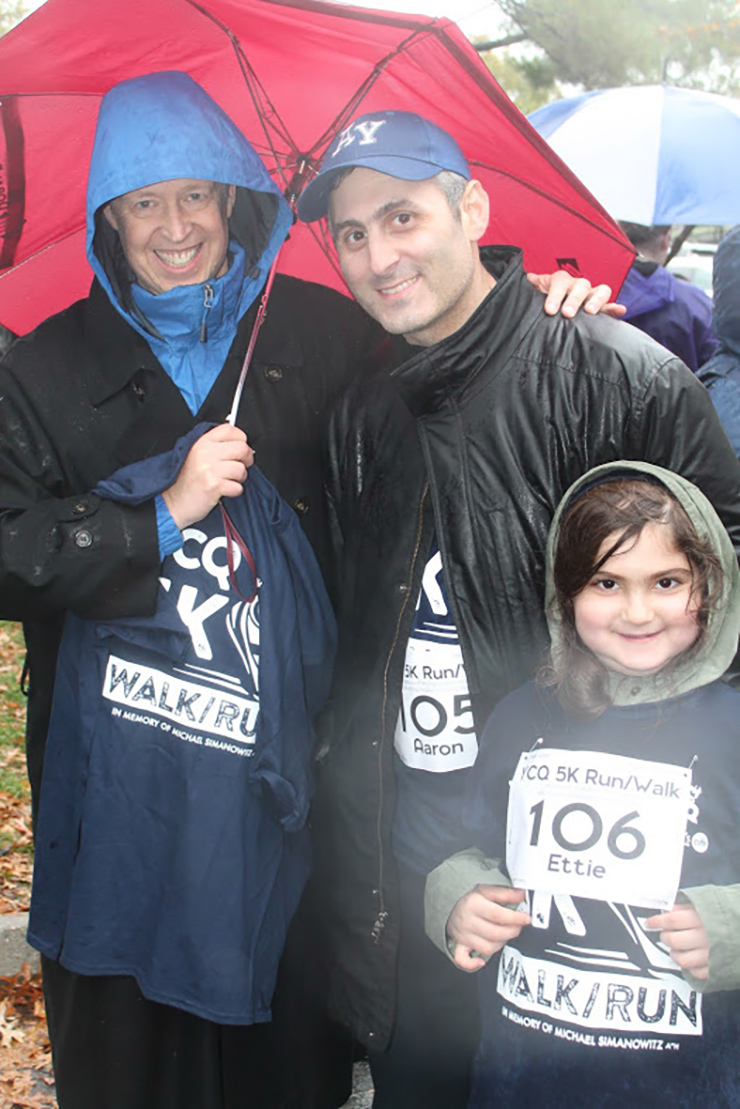 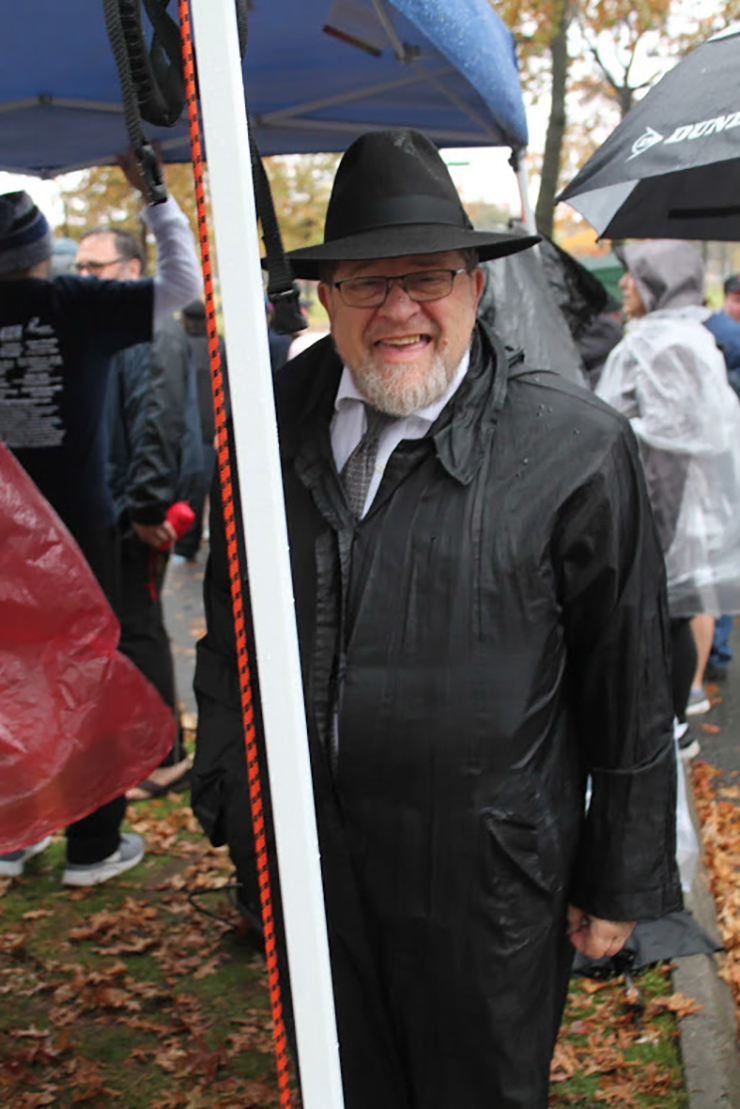 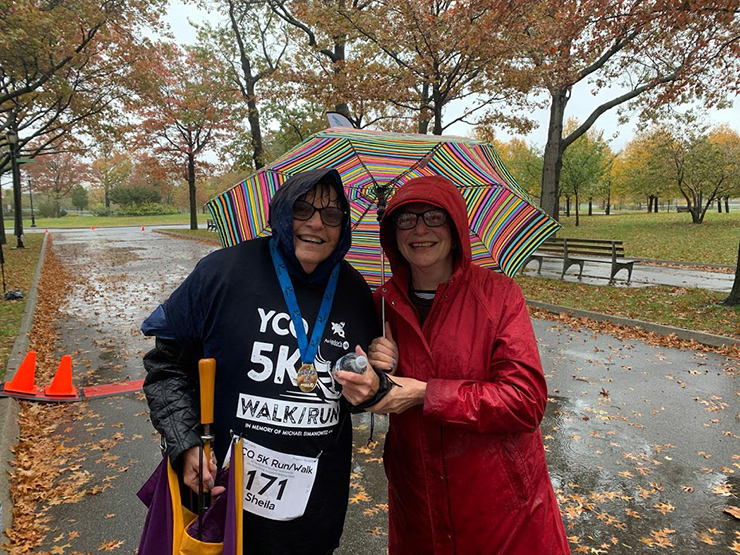 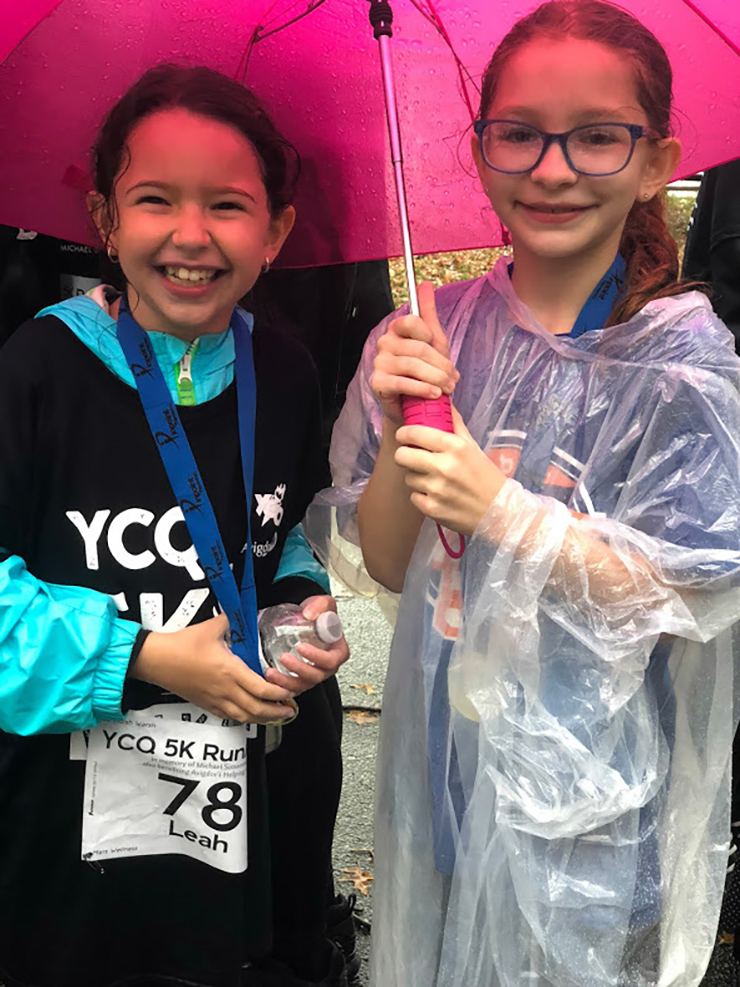 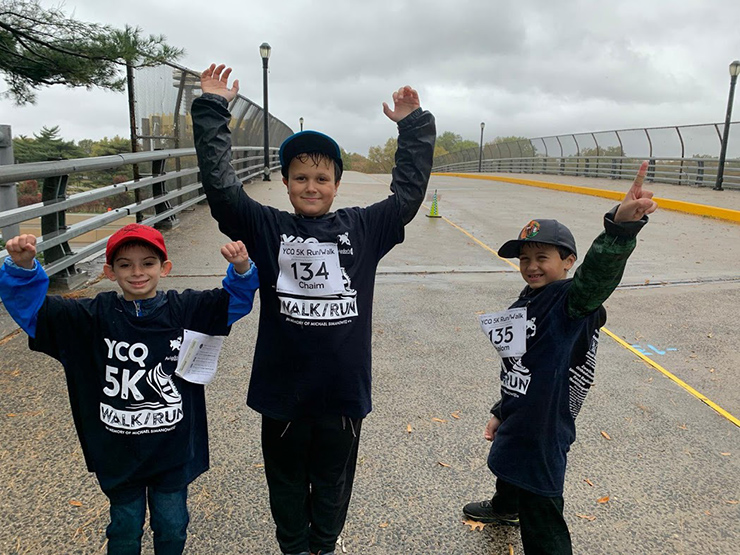