Rabbi David Hill was known by many names.  Rabbi Hill, Dave, Davey, Dad, and Zaidy.  He was known by many as a leader in the Modern Orthodox community during the 1960s and beyond, as the President of the National Council of the Young Israel, Owner and President of 999 Real Kosher Sausage Co., and founder of Operation Lifeline, which provided a necessary connection between the Jews trapped in the Soviet Union and the rest of the world.  Rabbi Hill died this past Saturday, at the age of 98.

In the minds of the average person, the history of the Jewish People in the 20th century can mostly be attributed to two events, the slaughter of six million Jews during the Holocaust, and the reestablishment of the Jewish State thereafter.  That history is a fundamental and core aspect of Jewish existence, and it created the focus of Rabbi Hill’s life’s work.  He strived to avoid another Holocaust, this time in the Soviet Union, and worked to ensure that the Soviet refuseniks knew the value of making Aliyah.

Rabbi Hill was born in Latvia in 1921.  Emigrating to the United States in 1930, he was among the last groups of Jews that were able to escape Europe before the Holocaust.  Years later he recounted that he felt that he owed a debt to the Jewish people, as he has missed the Holocaust while so many of his brothers and sisters in Europe fell.  He immersed himself in Yeshiva education on one side and his family business on the other.  He was rabbinically ordained at Yeshiva University but did not become a pulpit Rabbi.  Instead he focussed on Kashrut by joining the family business; Real Kosher Sausage Co., known by most as 999.

999 was a Lower East Side staple for decades.  Started by his father Elja, Rabbi Hill entered the family business during World War II, and oversaw what became a tradition in the factory, sending kosher salamis to Jewish soldiers fighting overseas.  Years later, one of the recipients of those salamis was working in the White House.  When he heard that Rabbi Hill from 999 was coming for a visit, he was immediately ushered into a meeting with President Kennedy.

After getting involved in his local Young Israel, Rabbi Hill quickly moved up the chain of command of the National Council of Young Israel, becoming its President in 1961.  It was at this point where the issue of Soviet Jewry became a central focus in his life.  In a 2013 interview with the Jewish Press, Rabbi Hill said that then-Foreign Minister Golda Meir was a major influence in his advocacy.  “Around 1960, I met with Golda Meir, and she wondered why nothing was being done in America about Soviet Jewry,” he said.  “I told her I would make this my priority.”  Going further in his autobiography, “Serving the Jewish People: My Message To The Generations”, he said that Israel had its hands tied, trying to do what they could for the Soviet Jews, while trying not to further alienate the Soviet Union, which was arming Israel’s Arab neighbors.  “It’s up to you Americans to induce other countries to do it,” Meir said to Rabbi Hill. 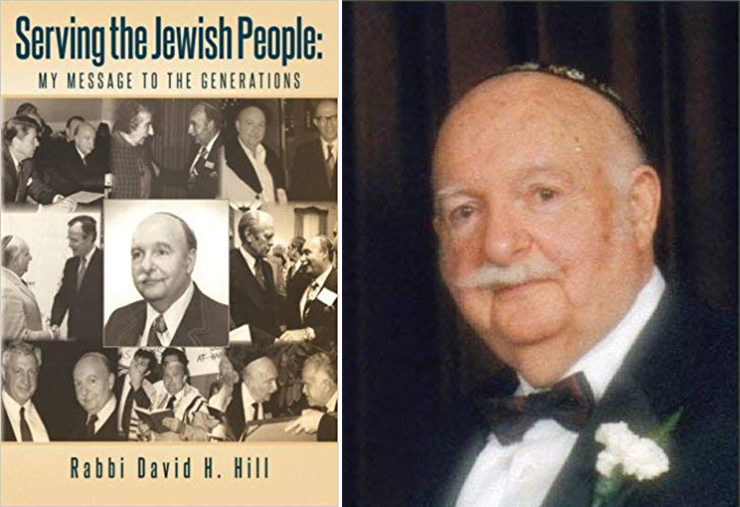 Over the next decade, Rabbi Hill worked tirelessly to ensure that the Jews in the Soviet Union would not be forgotten.  One of the initial challenges that he faced was actually finding the Jews, who spent their lives hiding from the Communists.  Rabbi Hill worked closely with the Lubavitcher Rebbe, who had a wide network of followers who could provide crucial intelligence that was needed.  “I was the first person whom [the Lubavitcher Rebbe] allowed his followers to give names and addresses,” Rabbi Hill said.  Through this, he created a network that allowed kosher food, siddurim, chumashim, matzos on Pesach, and many more essential Jewish items to be smuggled into the Soviet Union.  One year, when the Matzah factory in Russia burned down, Rabbi Hill and his son, Jay, quickly gathered and shipped 7000 pounds of Matzah into the USSR.  This was the only connection these millions of refuseniks had with the rest of Judaism.

Rabbi Hill met with Prime Minister and Israeli Founding Father David Ben-Gurion in 1963, during a trip to Israel as the President of the National Council of the Young Israel and as an emissary of the Conference of Presidents.  Rabbi Hill spoke with Ben Gurion specifically about the plight of Soviet Jews, and how that issue must be at the forefront of Israeli policy with regards to Russia.  Ben Gurion’s diary specifically notes that due to his meeting with Rabbi Hill, “we are making an effort to keep the issue alive in Israel and make sure they know they are not alone”.  History has shown that those efforts paid off.  Between 1969 and 1973, 163,000 Jews emigrated from Russia to Israel.

In the 1970s, Rabbi Hill’s years of hard work was finally paired with a name, Operation Lifeline.  Operation Lifeline, with Rabbi Hill at the helm, found and trained people who were experts in Judaism, it’s religious, ethical, and nationalistic aspects, to go into the Soviet Union to meet clandestinely with Jews to prepare them to make Aliyah.  These people were followed by the KGB from the moment their planes touched down, so they had to be extremely cautious.  They also couldn’t send the same person too many times, or else that person would be arrested and interrogated by the Soviets.  Through these efforts, Judaism stayed alive and well behind the Iron Curtain.

In 1981, Rabbi Hill and his wife, Lee, traveled to the Soviet Union themselves to attend a Soviet Book Fair.  The purpose of the book fair was for authors and publishers to meet and work out deals within the Soviet Union.  This was prior to perestroika, where the Soviets began allowing Western literature into the country.  Rabbi Hill brought along 1500 books to the fair.  Under the watchful eyes of the KGB, Jews from around the country flocked toward the little booth in the corner of the fair where the Hill’s were handing out bookmarks with Jewish calendars, records with Jewish music.  When people asked for the books, which weren’t allowed to be distributed, Lee smuggled them outside to give out as many as she could.  When the KGB asked what happened to the books, the Hills claimed they were stolen.

To further his goals of assisting Soviet Jewry specifically, and world Jewry generally, Rabbi Hill met with nearly every United States Presidents and their high ranking Cabinet Members for decades.  He was not afraid to get tough with these world leaders.  When meeting with Zbigniew Brzezinski, President Carter’s National Security Advisor, he asked if Brzezinski believed in the Bible.  This was during the time when Carter was being particularly tough on Israel.  Brzezinski replied that of course he did.  Without missing a beat, Rabbi Hill said that the bible says that Israel was promised to the Jewish People - why don't you believe in that?  Brzezinski turned around and walked away.  Years later, when Rabbi Hill saw Brzezinski again, he asked the same question.

Rabbi Hill did all this while running a meat factory in New York, and raising a family with Lee in Kew Garden Hills.  While his office walls were lined with photographs of him meeting with Presidents Ford, Carter, Reagan, and Bush and Prime Ministers Meir, Begin, Shamir, Rabin, Sharon and Netanyahu, his office desk had pictures of Lee and their children Tzerel, Jay, Debbie, Rebecca and Jonathan (z”l).  His home was littered with pictures of his 13 grandchildren, their spouses, and his 36 great-grandchildren.  Rabbi Hill was fortunate enough to see all of his grandchildren create a Jewish home for themselves, following his lead about the importance of Jewish family and tradition. 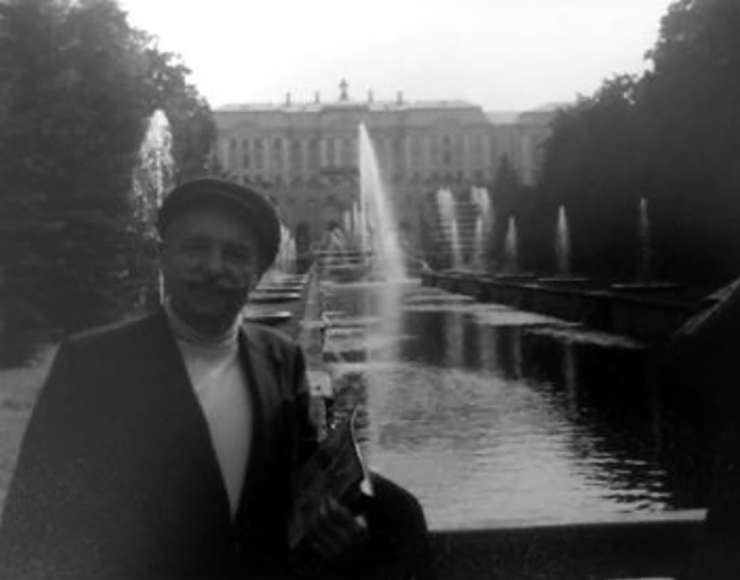 When the Hill family suffered their greatest tragedy, the loss of Jonathan in March of 2000, they turned their loss into further activism for K’lal Yisroel.  They gathered funds in Jonathan’s name and memory in order to give to the Jewish community in Israel.  Rabbi Hill’s years of influence and prestige in the Jewish community yielded enough to dedicate not only an ambulance in Jerusalem in Jonathan’s name, but also a Sefer Torah in the Kibbutz of Tirat Tzvi.  The Hill family, which already had an annual family reunion over Rosh Hashana, traveled to Israel for this dedication.

The Hill family gathered again in Israel in December of 2011, this time to celebrate the achievements of their patriarch.  The National Conference on Soviet Jewry (NCSJ), with whom Rabbi Hill worked with into his 90s, honored him as the inaugural recipient of the NCSJ Leadership Award.  It became a double celebration for the Hill family, as Rabbi Hill’s youngest granddaughter got married in Israel that same week.

Rabbi Hill’s 98 years cannot be summed up in a tribute, or even an autobiography, for his legacy can only be truly measured through the lives he touched.  Whether it is his direct descendants, who mourn his absence while teaching his lessons to their children, the hundreds of thousands who were affected by his advocacy, or the millions who enjoyed the delicious delicatessen that his factory churned out, the history of Rabbi David Hill is the history of the Jewish People in the last one hundred years.  Strong, principled, thoughtful, dynamic and unafraid to ensure that continued survival and prosperity of the Jewish people.