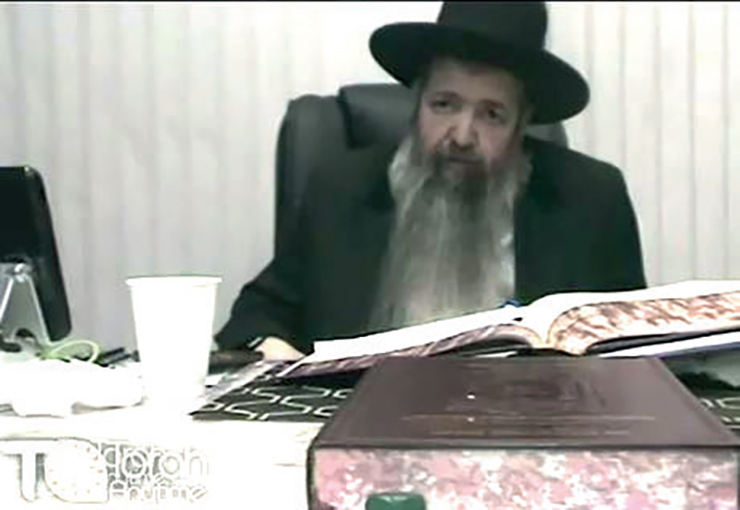 The beginning was a live message from Rav Shmuel Kamenetsky shlita, co-founder and Rosh HaYeshiva of the Talmudical Yeshiva of Philadelphia. “We are living in very trying times, unfortunately. We don’t know exactly what the Ribbono shel Olam wants, but He wants us to become better, that’s for sure. He gives us a Torah so we should become better. He teaches us all the time. Unfortunately, it’s a time that the Ribbono shel Olam separates us; but at the same time, we have to feel that we are missing something, because we can always learn from one another. We’re called klal Yisrael because we all have one aim: to get closer to HaKadosh Baruch Hu. We have to always think: What I can do for you? If we always think about what I can do for others, we will become better. We are missing the friendship for one another. His brachah was to think of that inyan of friendship that is so important. Know that it is so important to be part of klal Yisrael. Think as a ben Yisrael. A ben Yisrael thinks, “What can I do for you?

Next, Rabbi YY Rubinstein shared, “We are all looking for chizuk. The Kotzker Rebbe said that a Jew has to believe in three things: Hashem, klal Yisrael, and yourself. We have to remember always that we are descendants from the Avos and the Imahos, and we are from greatness. He then shared the following question of the Alshich: Why does the Torah say that the Akeidah was a test for Avraham Avinu, and it doesn’t say that it was also a test for Yitzchak? He answers that Yitzchak’s nature was to always follow whatever Hashem wanted; so for him, this was not a test. However, for Avraham, whose whole essence was kindness, this was a test. “A test is when it’s difficult. These are testing times.”

He shared a story of a young girl who lost one parent when she was only 12 and then lost the other when she was 15. Yet, this young orphan told Rabbi Rubinstein that she knew it was all from Hashem and she accepted His will. “In difficult times, greatness emerges. When Jews produce their greatness, it’s the greatest.” 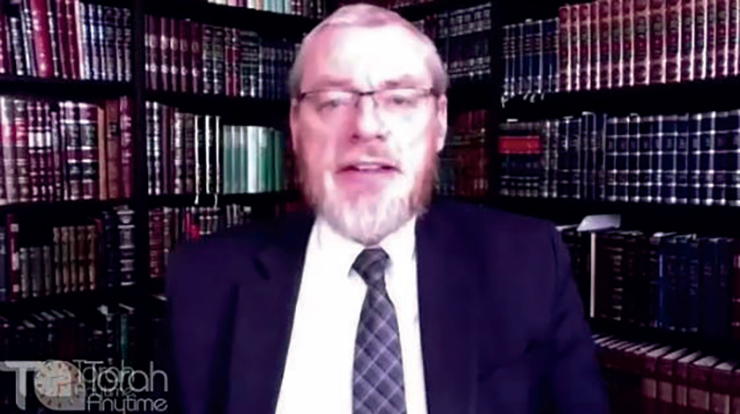 He shared that we are in a difficult situation. “Don’t panic. A great rav said that if there is a plague in the city, people run away. He shared a story from the Gemara of a Jew who was walking down the road during an epidemic, and the Angel of Death accompanied him. The man asked, “How many lives will you take?” He replied, “5,000.”

We can’t forget that Hashem is in control. Worry can weaken your defense system. We have to know that we are in the Hands of Hashem. Of course, you have to guard yourself to the best of your ability. Don’t rely on a miracle, but know that everything comes from Hashem.

He noted that it’s a strange phenomenon that the target audience for this disease is older adults and those with pre-existing conditions. Children don’t get it. Diseases usually target children. In the sefer Beis Elokim, in the beginning, the author talks about disease. When there was a plague during the time of the Beis HaMikdash, it was clear that the plague came from Hashem. At that time, children were not affected and only adults were struck by it. At that time, it was a direct result of sin, and we could see the yad Hashem clearly. We don’t have that clear revelation today.

So, what is the message of this virus? he asked. It is to strengthen our belief in Hashem and that everything comes from Hashem. The foundation of all of our belief is that Hashem is there every day and miracles happen every day. He suggested that we keep a diary to strengthen ourselves in our relationship with Hashem. List times in your life when you clearly saw Hashem in your life. It will strengthen your emunah. He concluded, “Corona is clearly from Hashem. Ask yourself what have you done as a consequence of this terrible situation? What have you done to change – to become a better person? We need to look for a response from ourselves that shows that we believe in Hashem, in klal Yisrael, and in ourselves.”

Next, Rabbi Moshe Meir Weiss, rav of the Agudath Israel of Staten Island and a well-known author and speaker, shared: “We’re bereft of the tremendous koach of davening in a minyan.” So now, trying to make the best of this, when we daven alone, we can daven at our own pace and learn what the davening means. He shared how saying the Sh’ma is important. “In time of danger, listen, Tatty in Heaven, we are all believers. Please come to our aid.” He taught that we should be careful with the z’manim of k’rias Sh’ma as it’s a tremendous z’chus. “At the time when we are usually focused on matzah, we are focused on guarding our health.” He taught that the yeitzer ha’ra is compared to a fly. One explanation for this is that flies keep coming back, just as the yeitzer ha’ra doesn’t give up. Also, it’s found by sweets and garbage. The yeitzer ha’ra attacks us with taavah and garbage. Also, a fly looks fairly innocent. It’s a tremendous mitzvah to protect our health. Guarding your health supersedes Yom Kippur. He added, “This new reality is a very big challenge.” The only place in the Torah that mentions isolation is in relation to the m’tzora. He has to separate because he caused separation of others. “Now we are separated.” Rav Chaim Kanievsky said we need to re-educate ourselves and re-learn the laws of lashon ha’ra. Quarantine brings tremendous challenges. It’s also a time of opportunity: time to learn more and an opportunity to give more time to our children and spouse. He also shared the Gemara that teaches that worry weakens the constitution of a person. He taught that there is constructive worry, where we do what we must to protect ourselves, and then there is worry that is not constructive, where we are just sitting and worrying, and that is negative. Gloom is caused by too much media. There is a pasuk in Mishlei that states that the spirit of man sustains him while he is sick. We have to be b’simchah. We need to do this for our families. Torah learning gives us simchah. “The worst thing is to go around without hope.”

This program can be viewed on www.TorahAnytime.com.