On Thursday, June 13, MTA celebrated the Commencement Ceremony of its 101st graduating class.

The program opened with inspiring words from Head of School Rabbi Joshua Kahn, who also acknowledged the 20 families who were experiencing their last MTA graduation as their youngest or only son graduated. These families have been part of the MTA community ranging between four and 11 years and will be greatly missed. 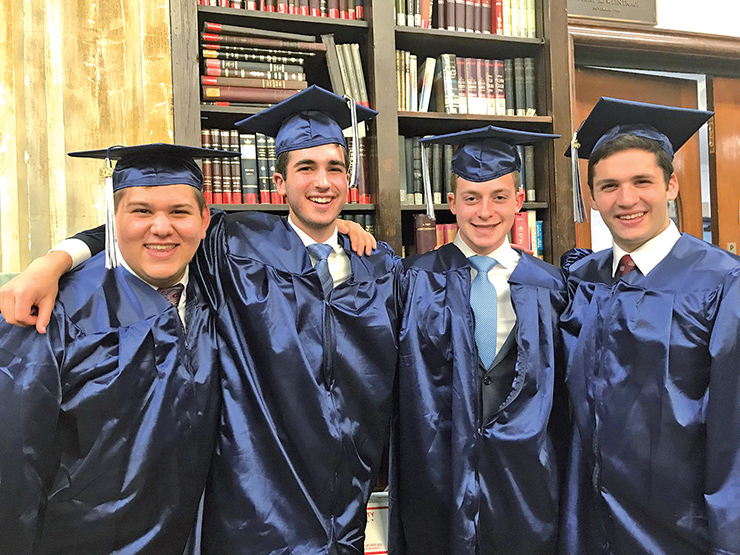 Senior Akiva Richman of West Hempstead, New York, delivered the Invocation, where he encouraged his fellow classmates to continue achieving their goals, followed by words of encouragement from Yeshiva University President Dr. Ari Berman (’87), who recalled his own graduation from MTA 32 years before. Salutatorian Ephraim Crystal of Edison, New Jersey, talked about the unconditional and life-long friendships he and his fellow Seniors developed with one another throughout their years at MTA. Valedictorian Noam Mayerfeld of Teaneck, New Jersey, reflected on the growth experienced by the entire Senior class over the past four years and how that growth came about as a result of watching and learning from their role models – the rebbeim, teachers, and faculty who made a tremendous impact on their lives every day. 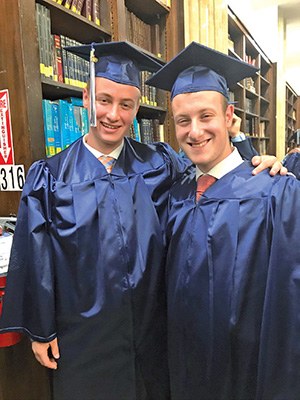 After a musical interlude from the award-winning MTA Chorus, Rosh Yeshiva Rabbi Michael Taubes (’76) addressed the graduates and reminded them to allow the Torah and mitzvos to continue guiding them throughout their lives. Senior Netanel Tager of Teaneck made a siyum on Shishah Sidrei Mishnah and inspired his peers to continue seeing the world and learning through the lens of Torah, as they had been taught in their years at MTA. Senior Yaron Kahan of Monsey, New York, provided the Benediction, inviting fellow students to use Chazal’s three pillars of Torah, Avodah, and Chesed as a foundation and guide for their futures. General Studies Principal Dr. Seth Taylor closed the ceremony and called each talmid to the stage to receive his diploma.

Fathers and grandfathers who are MTA alumni were also called to the stage, where they had the privilege of presenting their son/grandson with their diplomas, enhancing the 101st Commencement Ceremony with the rich history and tradition that is unique to MTA.