With the climax of novel coronavirus still lingering in New York City, the Queens Jewish Link took a moment to do its own investigating and see how the rest of the world is fairing. We were privileged to speak with award-winning investigative journalist Lisa Daftari, who has been focusing on foreign affairs with an expertise in the Middle East and counterterrorism. She has appeared across various recognized media outlets providing exclusive reporting on vital developments in the region with unique commentary and analysis. Over the last decade, Lisa has expanded her areas of expertise to include North Africa, terrorism, national security, the Arab Spring, global Christian persecution, human rights, and cyber security. 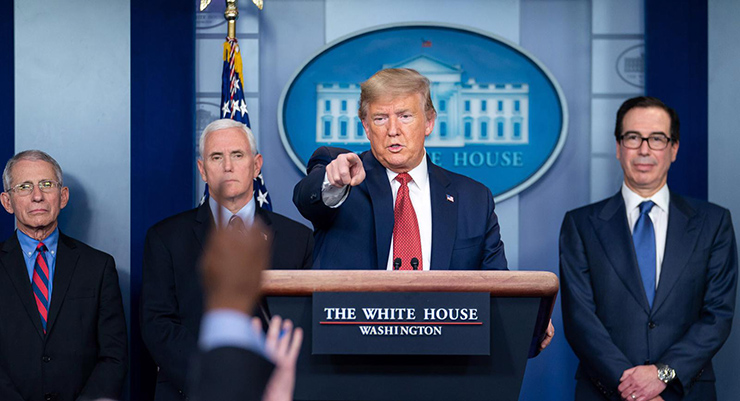 Are nations of the world at peace?

Lisa seemed like the right fit to get the answers we desired. Before the worldwide pandemic, better known as COVID-19, took hold, many nations were engulfed in near detrimental fighting. The facts remain quite simple: This deadly virus has made almost every nation on the globe vulnerable to an invisible enemy, and conflict was inevitably put on hold as the disease infiltrated. Areas of protest have put their clashes aside and have begun to focus on how best to prevent the spread of coronavirus. Lisa points out that this decision is, in part, a consequence of the media’s focus on the virus and the number of fatalities over other stories. Lisa observed, “Suddenly, we no longer hear about protests in Hong Kong or Tehran. Putin’s power grab and Venezuela’s implosion are remnants of the past, as are exchanges between North Korea’s Kim Jung Un and President Trump.” If you have been following non-COVID-19 international activity, you might be aware that as recently as last week, the Gaza Strip continues to see Hamas launch missiles into Israel, even as this worldwide pandemic persists. There were no injuries, but the incident still sent thousands of Israelis running into shelters, breaking any semblance of social-distancing orders. At the same time, after the detection of about ten coronavirus cases in Gaza, Hamas has quickly filled headlines, blaming Israel for a lack of resources in fighting coronavirus. It seems like business as usual in that part of the world. 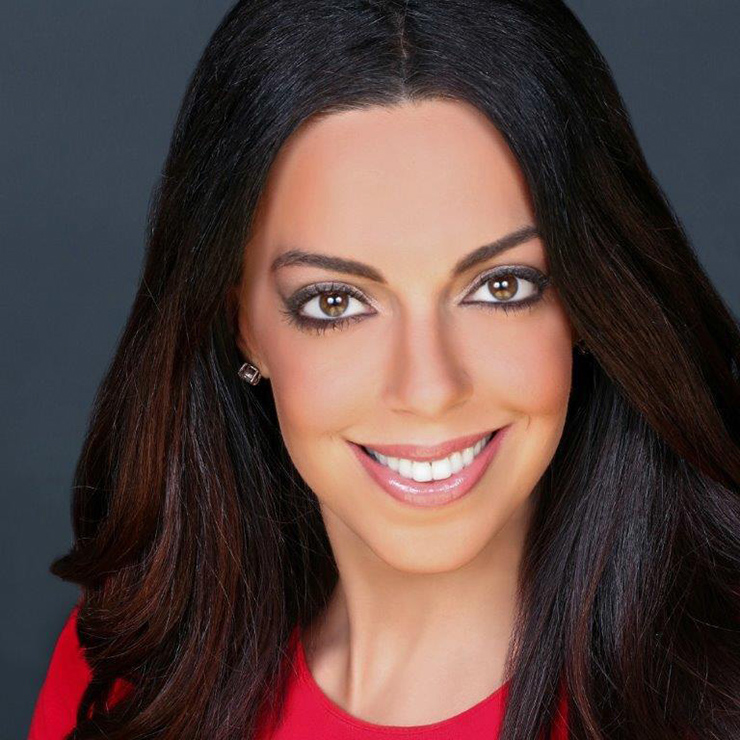 In other instances, political priorities have shifted. For example, the United States was in the middle of talks with the Taliban, putting Afghanistan’s future in the terror group’s custody. A significant part of that deal was a prisoner swap, freeing Taliban jihadis to sweeten a deal that was already too-good-to-be-true in their favor. During all this, Afghanistan ordered the release of 10,000 inmates to slow the spread of coronavirus. Yes, you can read that again. Are there extremist elements among those freed? Unequivocally, yes. Yet, we have entered a time period where the common enemy is an invisible one, moving faster than any missile, rocket, or suicide bomber, and able to permeate prison cells and fortified borders.

Lisa is the Editor-in-Chief at The Foreign Desk, where she reported on the irony of ISIS putting out an advisory, telling its jihadis not to risk travel to Europe because of the coronavirus outbreak. Apparently, there is no martyrdom in dying by virus! Just as countries around the world were working hard to keep extremism out of the borders, they are now working to curb the virus inside their borders.

We are all ordering online, but is it safe?

In the meantime, cyber terrorism and cyber hacking are on the rise. And it makes perfect sense. The bad guys are home and people are vulnerable. If your bank account or credit card gets hacked, it will not be easy to get someone on the phone. There has been a quantifiable surge in these attacks on private citizens, as well as large organizations like the Department of Health and Human Services (HHS) and the World Health Organization (WHO).

Can history teach us a lesson? 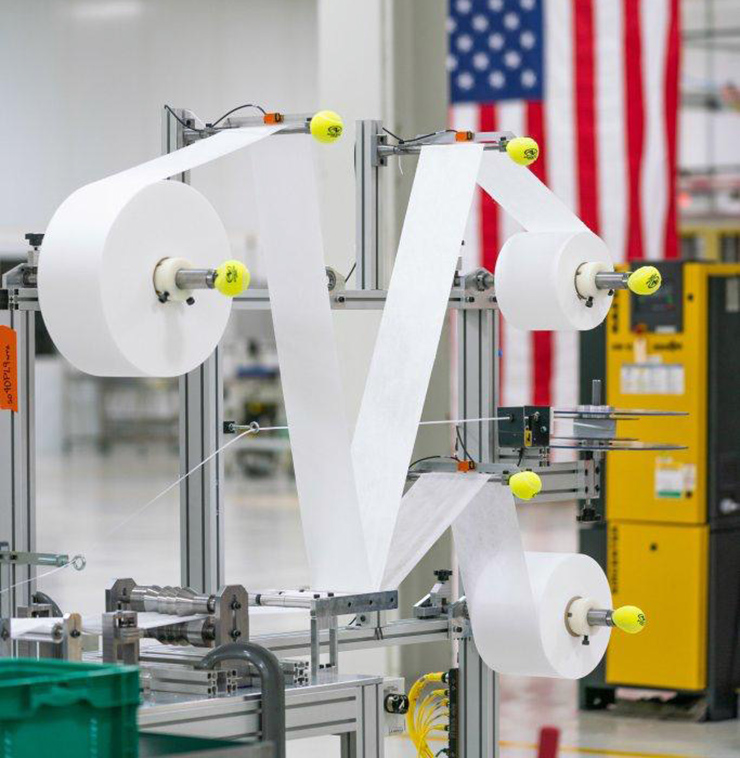 As you may suspect, there is nothing in history comparable to our current predicament. Many have begun to call this the “new norm.” Of course, things will not stay like this way forever, but the current situation will undoubtedly bring about changes in education, in social gatherings, in hygiene, in travel, to name a few. A few of us are going stir-crazy, but many are coming to the realization that much can be accomplished without even leaving your bedroom. Some will precipitously question high university tuitions, as well as living in expensive and overcrowded cities for their employment. People will realize that they can survive anywhere. In the future, history classes will study this time period as a demonstrable moment in time, when many things shifted and evolved for us as a nation and throughout the world, like the aftermath of the September 11 attacks.

What global issues should be expected once the spread has been averted?

President Trump campaigned on curbing China’s “unfair play” in the global economy, and would even appear in the mainstream media before he had any intention of running for office. There, he would talk about the extent to which the US has forfeited jobs and allowed for opportunities in China. Then he would relate the urgency for the US to pull back the reins to regain control, but this incident has starkly underscored the danger in giving China so much power in manufacturing and control over the entire global economy. Now, these are no longer just a Trump talking point. The other day in his daily briefing, New York Governor Andrew Cuomo called it the “cruelest irony” that we rely on China for masks and other personal protective equipment (PPE) supplies. There is now an unusual bipartisan understanding.

Moving forward, the US companies that have stepped up to urgently manufacture masks, ventilators, and other equipment to fight the virus have initiated a momentum in producing “made in the USA” goods. The situation has brought about the necessary confidence in US production and manufacturing that can hopefully far outlast the status quo and take some of the reliance off China, particularly for essential items. This also highlights the Trump administration’s agenda to keep job and production in America.

Can we trust the media reports on the pandemic?

Around the world, it is difficult to rely on accurate reporting from other countries with regard to how often they are testing, how they are treating their patients, and most importantly, their statistics on the number of cases and fatalities. As much as we’d like to believe that this virus has become the global equalizer, in each country and even in each state and city, the way in which leaders have dealt with the issue has become politicized for and against candidates of choice. Here in the US, you have many praising President Trump’s leadership, while others find fault. Likewise, in the New York area, many are praising Governor Cuomo’s approach and leadership, while others believe he is using the situation for political gain.

The most politicized scenario, however, is coming from Iran’s mullahs who, at first, were perhaps welcoming the virus – as they would be of any headline that would overshadow and put a pause on the daily protests in the streets demanding the removal of the government. Coronavirus has heavily hit Iran. The government has for years denied the people proper access to healthcare, pharmaceuticals, and basic goods. The Iranian government is using the void to blame the West, and the US in particular, for sanctions, and they are once again arguing that sanctions must be removed, enabling proper treatment to combat coronavirus.

We hope you enjoyed Lisa Daftari’s take on where the world will stand following the stabilization of novel coronavirus, and we encourage you to follow Lisa’s journey. Sign up for Lisa’s Top Ten – and enjoy her daily top-ten morning email newsletter, providing the day’s top news stories at www.foreigndesknews.com/newsletter.