Jews thought they would be perpetually safe, enjoying the high life on top of German society before the rise of Hitler and the Nazi Party – just as Jews today enjoy freedom, prosperity, and safety in America. Jews were Germans first and believed in the Fatherland. They were Germany’s bankers, industrialists, soldiers, scientists, factory workers, and teachers. The German Republic was a representative democracy that upheld the rule of law, the courts, police protection, and a Bill of Rights that guaranteed freedom of speech and religion, and equality under the law for every German citizen.

Before the worldwide depression hit Germany in 1929, the Nazis were a minor political party and anti-Semitism was not as prevalent. The Nazis capitalized on the widespread unemployment and severe economic depression that decimated Germany, without which they never would have come to power. The country was bitterly divided, and Hitler seized the opportunity to blame the crisis on the Jewish capitalists and financiers. In three short years, Hitler was appointed German chancellor and soon came to control every aspect of German life, the laws, the courts, the police, and, before long, the Jews were doomed to the death camps. 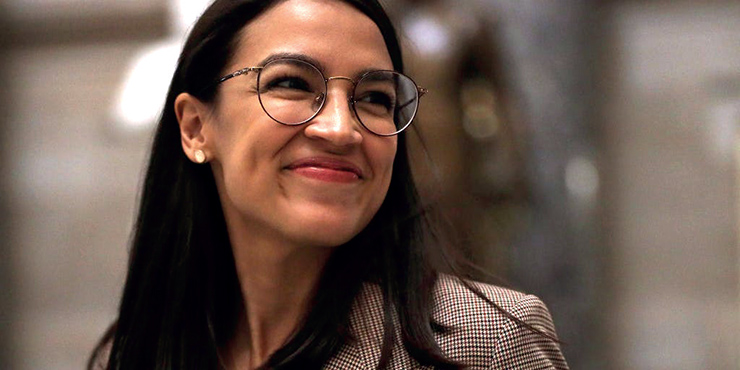 Human nature has never changed in the past 5,000 years. Historically, these are the same as the Egyptian Pharaohs who enslaved the Hebrews, the same Babylonians who destroyed the First Temple, the same Romans who destroyed Jerusalem and the Second Temple, the same Venetians of the Renaissance who put the Jews in Ghettos, the same anti-Jewish mobs in the Russian Empire who led violent pogroms, and the same Palestinians who seek a “free Palestine from the river to the sea,” which is the destruction of Israel.

Now they have morphed into Black Lives Matter, Antifa, the lawless mob, and the socialist wing now controlling the Democratic Party. It’s not about racial justice or the new civil rights movement. Just as the Nazis did in 1929, they are capitalizing on the pandemic to push their socialist “defund the police” agenda, in order to seize power. They are actively working with Palestinian activists such as Linda Sarsour, promoting the Boycott, Divest, Sanction (BDS) movement to economically destroy Israel, the only other country besides the United States where Jews are safe. Their aim is to overthrow America, wipe Israel off the map, and take over.

Jewish voters still believe the Democratic Party is the same party of decades past – the party of FDR, Truman, and JFK. That party is now dead. It exists only in their minds, not in reality. But Jews have a deep-rooted century-long alliance with the Democratic Party, which is hard to break.

Around 1900, the turn of the last century, there was a mass migration of Jews to America from Russia, Poland, and other Eastern European lands controlled by Russia, seeking a new life free from persecution and want. They crammed into the teeming tenements of New York’s Lower East Side and other Eastern cities. They brought with them the legacy of the downtrodden, European socialist politics from the Old World, which made for a natural fit with the Democratic Party and the Labor Union movement.

Succeeding generations moved up, worked hard, studied diligently to make the American Dream a reality for a people still plagued by pervasive anti-Semitism in their new homeland. Seeking acceptance and involvement in their communities, they flocked to the Democratic Party in their neighborhoods, which was controlled by the Irish Democrats of Tammany Hall. With time, the Democratic machine embraced the Jews as a huge voting bloc, inviting them to be active in politics and run for public office.

Ultimately, the Jewish people moved out of the Lower East Side to the suburbs and entered the Middle Class. But they never abandoned their legacy as the poor, the downtrodden, and the underdog, as they held on to the politics of the Democratic Party. Jews soon climbed the ladders of success, prospering in the business world, serving in the military in both World Wars, with love of country, supporting Israel, believing in liberty, and all things that tied us together as Americans. These were the tenets of the liberal Democratic Party, until two years ago. Recently, the party took a hard lurch to the left, becoming the party of AOC and the “Squad” – the party of socialism, the party of anti-police, anti-America, and anti-Israel agendas.

Congressman Eliot Engel, a 32-year incumbent just lost the Democratic Primary to the AOC-backed radical insurgent Jamaal Bowman, in a liberal Jewish district. Moderate Democrats are running to the left to save their political careers. When AOC or Rep. Ilhan Omar speaks out against Israel and Jews, Democrats remain silent. City Councilman Barry Grodenchik, a so-called moderate Jewish Democrat, just voted to defund the police by $1 billion, as did many other moderate Democrats. Joe Biden recently accepted endorsements from anti-Semites Linda Sarsour, Rep. Ilhan Omar, Keith Ellison, and other Palestinian activists and Farrakhan supporters at the “Million Muslim Votes Summit.”

The socialist and anti-Semitic wing of the Democratic Party has taken over, and Democrats have forfeited their long-cherished American liberal values and are running scared. Everything the Jews fought for and stood for over the past 125 years, the new Democratic Party is against.

The Republican Party champions all the values that American Jews hold dear: love of America and Israel, love of democracy, our military, free speech, religious freedom, law and order, equal protection under the law, and the American Dream. Today the Republican Party is the natural home for Jewish voters. It’s time to squarely look at the history of the Jewish obsession with the Democratic Party, make the final Exodus, and kiss the new Democrat Party goodbye.

Phil Orenstein is the president of the Queens Village Republican Club. Established in 1875, it is America’s oldest Republican Club (www.QVGOP.org). Historian Jerry Matacotta, founder of History Seminar Series at Queensborough Community College, was the advisor for this article.