Napoleon did not have much money when he was ready to propose marriage to soon-to-be-Empress Josephine. He collected all the money he could to purchase his fiancé a beautiful sapphire and diamond ring on a gold band. In a design setting named “you and me,” the sapphire stones are only one carat each yet have a priceless historic value.

Till today, the most famous and beloved royal engagement ring is the 18-carat diamond and sapphire piece purchased in 1981 by Prince Charles for his then-fiancé, Lady Diana. Her son Prince William made it even more cherished when he proposed to Kate Middleton with his mother’s ring as a gesture of love and respect for his family’s legacy. 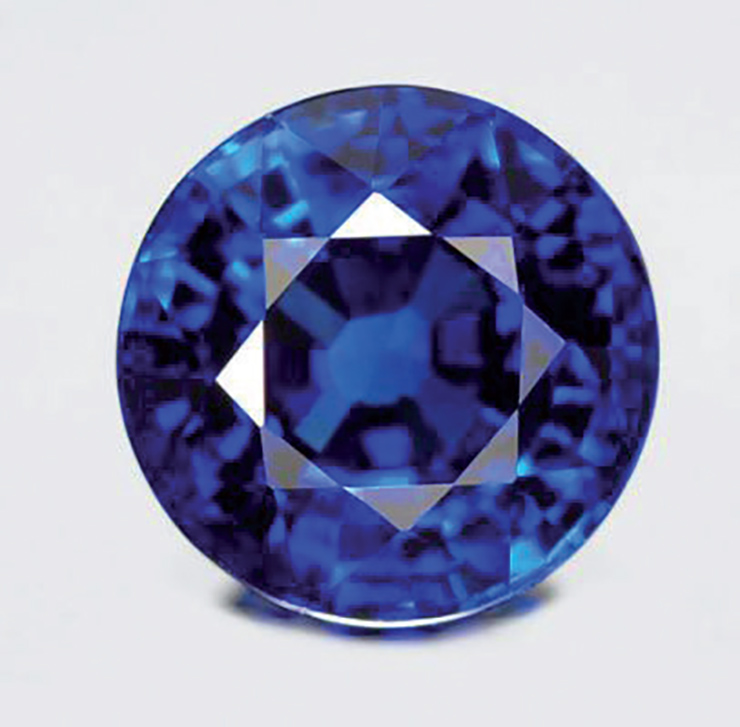 The Logan Sapphire and The Star of Bombay are some of the world’s most valuable sapphires. A flawless sapphire originating from Sri Lanka, the Logan Sapphire is one of the most famous gemstones in the world. The sapphire has a rich deep blue color and weighs 84.6 g. It is the second-biggest sapphire in the world. The enormous sapphire is named after Polly Logan, the original owner of the gemstone. In 1960, she donated the gemstone to the Smithsonian Institution. Currently, it is set in a brooch and is surrounded by 20 round diamonds. It is on display at the National Museum of Natural History in Washington, D.C.

The Star of Bombay is violet-blue in color and weighs 36.4 g. It was gifted to Mary Pickford, a silent film star and legend. She bequeathed it to the Smithsonian Institution. Mary Pickford’s husband, Douglas Fairbanks, also a silent movie star himself, purchased the gemstone for her.

Elizabeth Taylor, one of Hollywood’s greatest screen stars, was as famous for her jewels. In 1952, her second husband-to-be, Michael Wilding, publicly proposed with a huge cabochon sapphire that started the trend of blue sapphire engagement rings.

I could continue with The Star of Asia in the Smithsonian, or St. Edward’s Sapphire that is part of the British Crown Jewels. It is believed that the stone was present in the coronation ring of Edward the Confessor whose reign in England started in 1042. Legend says that he was buried with it in Westminster Abbey. 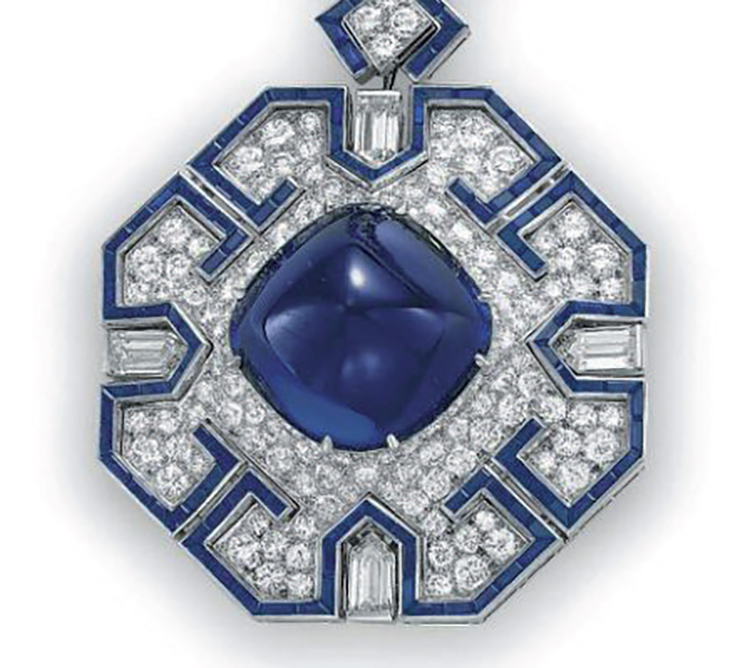 What is so mesmerizing and intoxicating about this substance called sapphire? As always, I ask the bigger question: What does this have to do with Torah? Well, the answer has a clue in the time of the year that follows Passover and ends with Shavuot. Sapphires and sefirah, the counting of the Omer, have more in common than you think.

The period of the counting of the Omer is a time of potential for inner growth and character refinement (midot) through reflection and development of one aspect each day for the 49 days of the counting.

Each day of each week is also associated with one of these same seven sefirot, creating 49 permutations.

The Hebrew word for sapphire is sapir. The Hebrew word sefirah has several meanings. The famous Kabbalist the RaMak, in his monumental work the Pardes, writes that sefirah comes both from the root “counting” (mispar, number) and 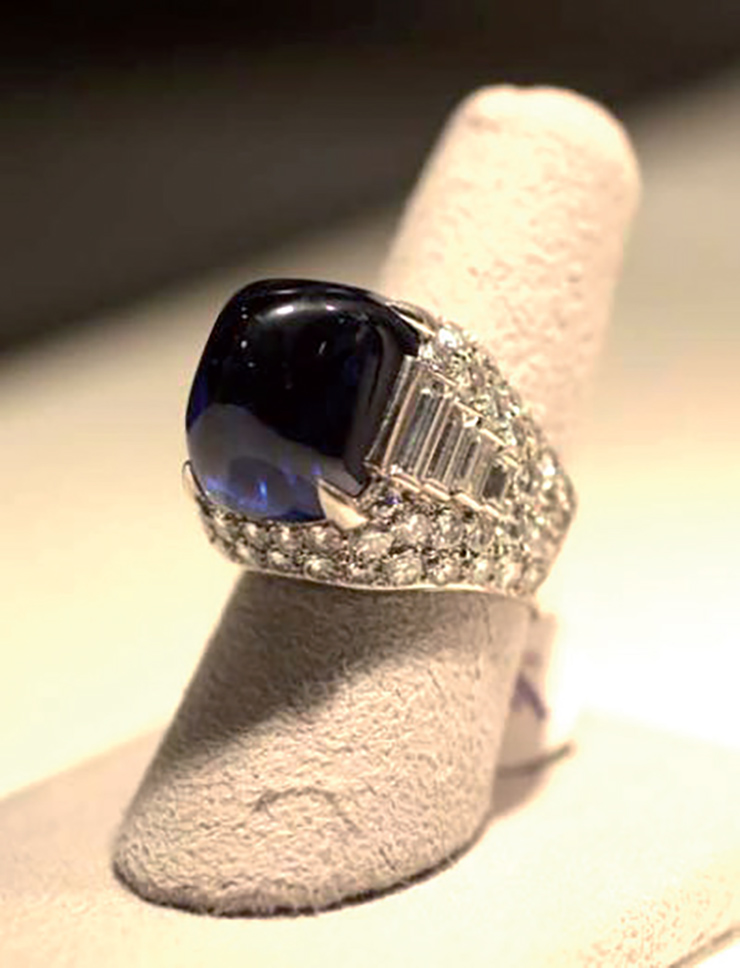 sipur, as in relating a story. A third root of sefirah is sapir, a sapphire stone, which is a translucent crystal that shines brightly.

The end result of the Omer is the ultimate refined state we have become in order to properly receive the Torah from Hashem. The third holiday of the shalosh regalim is the grand finale of Shavuot. All this work leads us to the glorious conclusion of Matan Torah, the arrival of the Ten Commandments.

Both sets of tablets (luchos) were carved of sapphire stone (Rashi to Exodus 34:1).

After Moshe broke the first set, G-d revealed a large deposit of sapphire under his tent. He recycled some of the stone to carve the second tablets and was permitted to keep the remainder for his own personal riches .

Learning more about this divine stone in Nevi’im (Prophets), we find that the sapphire is the material used in Hashem’s Throne of Glory. There is certainly more kabbalistic thoughts about the stone having the power of wisdom and the third eye.

So before Napoleon Bonaparte went shopping for the perfect ring, or mining excavations in India yielded the most valuable sapphires in the world, the Torah taught us the appreciation and value of this precious stone. The counting of the Omer is our chance to polish and perfect our own personal sapphire with daily exercise of thought and self-awareness. These 49 days of labor help prepare us for when Hashem grants us the ultimate privilege of receiving His Torah written on the most glorious of sapphire stones. May Hashem grant us all a collection of fabulously flawless, brilliantly blue, and perfectly polished paths to welcome Mashiach in our lifetimes.