Reflecting the newly drawn lines of State Senate districts, two longtime Queens incumbents will be running for reelection, but not in their previous districts.

“After reviewing the courts’ newly drawn maps, I am happy to announce that I am running for Senate District 11, a district with which I have a great deal of history,” Sen. Toby Ann Stavisky said in a statement. “It is the community I raised my family in, a community I’ve represented in the past, and a community I consider to be home. I look forward to hitting the campaign trail!”

Elected in 1999 to fill the seat held by her late husband Leonard, Stavisky’s old District 16 covered downtown Flushing, portions of Forest Hills, and Rego Park, with a narrow portion of Kew Gardens Hills, and parts of Fresh Meadows. But for much of her life, Stavisky lived and was active on the civic scene farther north in Beechhurst, where she owns an apartment. That neighborhood is now within the redrawn District 11, which covers College Point, Whitestone, Douglaston, Little Neck, and Glen Oaks.

Throughout her tenure, Stavisky won reelection in hard-fought primaries and general races, often against conservative candidates. Based on recent election results in Stavisky’s newly drawn district, her upcoming reelection campaign will also compel her to make her case to voters as she faces Republican Stefano Forte. The Whitestone resident expressed confidence in his ability to win, as 41 percent of voters in this district voted for President Donald Trump in the 2020 election. 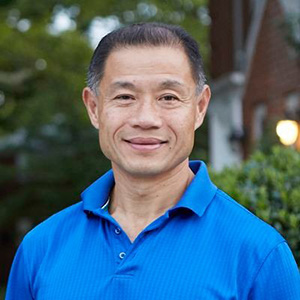 In the new District 16, John Liu will run to keep his seat, reaching out to voters in Electchester, Fresh Meadows, Oakland Gardens, and Jamaica Estates, who were previously represented by Stavisky. Liu’s district also covers downtown Flushing, which he represented as a City Councilman between 2001 and 2009. He later ran for mayor and served as the city’s comptroller before being elected to the State Senate in 2018.

“Now that the courts have redrawn state senate districts such that my house of 29 years is located in District 16, I’ve decided to run in District 16 and look forward to representing and fighting for my constituents in Bayside, Flushing, Fresh Meadows, and Oakland Gardens,” Liu said in a statement.

His Republican opponent is Christopher Wright of Bayside, a conservative media personality who maintains a lively presence on YouTube, among other platforms.

In this district, Liu has an advantage based on the 2020 presidential election, name recognition, and the sizable Asian American community that heavily favored Liu in his past races. Although he lost the primary for mayor in 2013, within Flushing, Fresh Meadows, and Oakland Gardens, he received most of the votes, according to the CUNY Mapping Service, which maps the data on elections in the city.

With the exception of Pomonok, and a few blocks near Queens College, the rest of Kew Gardens Hills is within District 14, where incumbent Leroy Comrie is running unopposed.

The shuffle in these two districts means that Liu and Stavisky will not have to face off in a primary to keep their seats. The story is different in Manhattan, where Reps. Jerry Nadler and Carolyn Maloney have both declared their candidacies for the redrawn 12th Congressional District that covers the Upper East Side, Central Park, and Upper West Side. Both incumbents have been in office for nearly three decades, running on liberal platforms. In this race, each has highlighted where the opponent falls short of being the liberal standard-bearer.

Maloney has spoken of her role in defending abortion rights, while Nadler notes his position as the chair of the House Judiciary Committee that twice impeached Trump, along with his votes against the Iraq War, Patriot Act, and in favor of the Iran nuclear deal.

The Democratic Primary for State Senate and Congress will be on August 23, resulting from the late timing of the state court decision that drew the lines. State Assembly primaries will take place on June 28.