American-born Israeli journalist Yossi Klein Halevi is a sought-after writer and speaker, especially for the English-speaking audience. He was a Senior Writer at the Jerusalem Report before writing a column for The Jerusalem Post. All four of his books are Zionist-themed.

Now living in French Hill, Halevi was born and bred in Borough Park to a father who survived the Holocaust. Halevi often visits his sister and brother-in-law, Karen and Glenn Cohn, living in Hillcrest. His mother re-married after his father’s passing, and she lived in Hillcrest until her passing. “Queens was a little exotic for a Brooklyn boy,” says Klein, “It was an outer borough.” 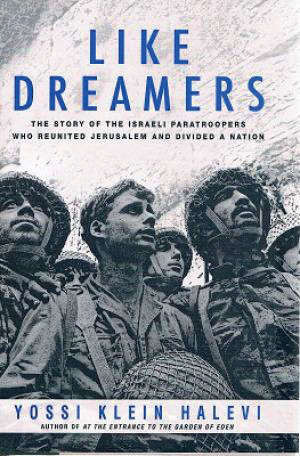 Two Jews were sentenced to death in Leningrad for trying to hijack a plane to Israel, and Jews were being rounded up in the Soviet Union. Klein “was increasingly frustrated with the slow pace of the Jewish community’s response. Kahane promised to put the issue on page one through violence.”

A turning point for Klein happened when JDL members accidently killed a Jewish secretary with a smoke bomb thrown into the office of Sol Hurok Enterprises in 1972. That was the beginning of the end of Klein’s involvement in the JDL. The office was bombed because they brought Soviet cultural groups to the US. The JDL was doing similar attacks over the years.

The final point for Halevi was when Kahane moved to Israel in the 1970s, switching from the Soviet Jewry cause to the farthest extreme of Israeli politics. Kahane encouraged violence in Israel, and in the process he lost almost all of his American followers. It wasn’t what they signed up for. We had an IDF (Israel Defense Forces). Israelis didn’t need a Brooklyn import to teach Israel self-defense.”

Kahane’s “combination of arrogance, ignorance of Israeli reality, and political irrelevance made him a pathetic figure in Israel. He became very bitter and more and more was full of hate towards his fellow Jews.” Kahane spoke passionately about the love of fellow Jews but spoke hatred towards individual Jews. “He loved the Jewish people but hated Jews,” said Klein. Kahane taught Klein “how not to practice ahavat Yisrael. It’s easy to love Jews who are like you. It’s less easy to love Jews who are less like you. That’s what I learned from Meir Kahane: ahavat Yisrael – but in reverse.”

Halevi’s 2013 book, Like Dreamers, follows seven members of the Israeli Paratrooper Brigade from when they liberated the Western Wall in the 1967 Six-Day War until the breakdown of talks between Prime Minister Ehud Barak and Yasser Arafat of the Palestinian Authority in 2000. Along the way, he tells the story of Israeli society.

Yossi Klein Halevi said the divisions in Israeli society have changed since he made aliyah during the Lebanon War. “Israel was at its most divided (in 1982) since the sinking of the Altalena in 1948.” Israel had never been divided during wartime, but the Lebanon War was tearing it apart. “If war can’t unite Israelis, I remember thinking, nothing will.”

And yet, Israel has largely recovered from that trauma. “Now when we have to go to war, God forbid, the country is as united as we’ve ever been, at least as long as the war lasts.”

The Ashkenazi-Sefardi divide was very real in the 1980s but: “We are no longer in that situation. It’s part of the miracle of Zionism.” Jews from more than 100 countries, descendants of Jewish communities that didn’t know each other for 2,000 years, now regularly marry one another.

The Right Wing-Left Wing political divide is no longer as acute as has been in the past. Most Israelis agree with the Right Wing that Israel can’t give land to the Palestinians because they don’t accept Israel’s right to exist at this time – “even though a very large percentage of Israelis, probably a majority, would be ready in principle to trade land for peace if we had a real peace partner.”

As for the religious-secular divide, “that has been replaced with the chareidim against everyone else.” Israeli society has become more traditional, less hostile to religion, and less secular. Many religious Israelis have also moved towards the mainstream.

Fifty-one percent of Arab Israelis are proud to be Israeli, according to a recent poll. Halevi finds that hopeful. “Israel is not like a Diaspora Jewish community that can afford to be homogenous and exclusive.” A modern, democratic, Jewish state “must be inclusive.”

“Being Jewish and democratic is a balancing act.” The growing questioning among Israelis on the right of whether to honor Israeli court decisions worries Halevi.

Netanyahu calls his political enemies “Leftists,” which is almost like calling the person a traitor in the current Israeli atmosphere, said Halevi. Avigdor Liberman lives in a settlement in Judea and Samaria, and three of the four top spots in the Blue and White party were chiefs of staff in the Israeli Army, all of whom served under Netanyahu. “To call them all Leftists is a sign that he’s panicking.”

Halevi sees no chance for Ehud Barak’s Democratic Union and the Labor party winning enough votes to form a ruling coalition, even with the Blue and White party. “The most realistic outcome will be a unity government, without Netanyahu as head. Maybe someone from the Likud will replace him.”

Besides conflicting personalities, Liberman has raised the chareidi issue. The chareidi community now numbers about one million, 15 percent of the population, and growing. “No community has a more complicated relationship with Israeli society. First, the chareidim generally don’t participate in the most basic requirement of Israeli citizenship, which is defending the country. Two, they separate from the mainstream but they expect the mainstream to subsidize their separateness. Three, their parties try to impose their ideas on how those who subsidize them should live their lives. This is unbearable for more and more Israelis. A whole community, more than ten percent of the population and growing fast, is basically exempt from the rules of the rest of the country. This can’t continue.”

And yet, Halevi also speaks with respect toward the chareidim. The chareidi community is the last Israeli community that lives a life of voluntary poverty for their ideals. The early Zionist pioneers and then the settlers in the early years of the settlement movement lived that way, said Halevi, but no more.

Letters to My Palestinian Neighbor is Yossi Klein Halevi’s most recent book, where he explains Zionism to the Arab world and why Jews live in the land. The Arabic download of the book is free, and he’s received hundreds of responses from Palestinians and others in the Arab world. The book has been favorably reviewed in Saudi Arabia’s largest news weekly, Al Majallah.