In the first year of the coronavirus pandemic, any of us can speak of a theater, museum, library,... 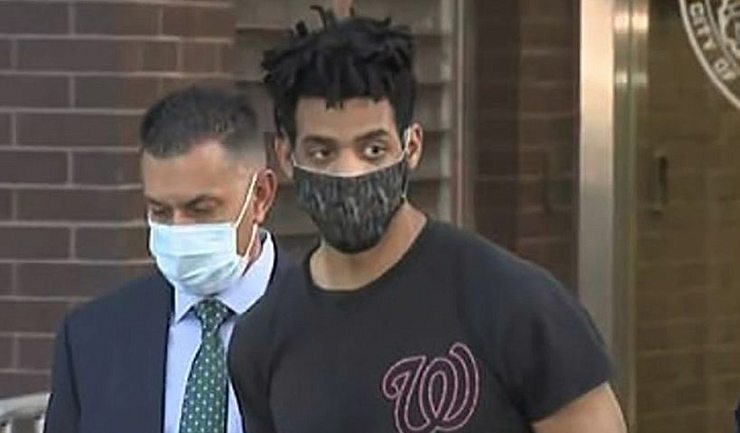 The media was abuzz this week with the arrest of Jordan Burnette and the 42 charges he was hit with for vandalizing synagogues throughout the Riverdale section of the Bronx. But much of the coverage missed the fact that New York’s bail reform laws sent the suspect right back onto our very streets, leaving New York essentially out of control.

A hotly contested open seat race in eastern Queens could be decided by the Jewish community, as seven candidates seek to take the seat being vacated by Barry Grodenchik. The top two fundraisers represent platforms that vary greatly in regard to Israel. Jaslin Kaur has the endorsement of the DSA, which asks its favored candidates to boycott trips to Israel. In contrast, Linda Lee speaks proudly of her visit to the county in 2008, when she rented a car with her sister and they explored Israel on their own.

On Sunday, June 6, at 1:00 p.m. (New York time) – 8:00 p.m. Israel time – the Young Israel of Kew Gardens Hills will hold a virtual Memorial Tribute to its founding rabbi, Rabbi Fabian Schonfeld zt”l, who passed away in December 2020. Rabbi Schonfeld, an erudite man, who was at home in many worlds and known around the world, built the Young Israel of Kew Gardens Hills from a minyan in the basement of the Saperstein home into a bustling shul with multiple minyanim. He built Kew Gardens Hills into a center of Orthodox Jewish life and ensured the viability of Jewish life in Queens by founding the Vaad Harabonim of Queens. Despite his involvement in local, national, and world affairs, he had a close relationship with each of his congregants. Many people, now parents and grandparents, remember the post cards he sent them at camp or the calls he made to them while they were learning in Israel. He never failed to visit his congregants in the hospital, and awed the patients sharing their rooms when he went over to their beds to speak with them about their illnesses and problems.

In sefer T’hilim (35:1-3), David HaMelech cries out: “Hashem, strive with those who strive against me, battle my foes. Grasp a shield and encircling armor, and rise to my assistance. And arm Yourself with a spear and bar the way before my pursuers; say to my soul, “I am your salvation.”