With the election already underway in many states, many Republican voters are asking themselves the same question they did in 2016, which boils down to: “How can I put a stamp of approval I find so personally abhorrent?” It’s a legitimate question, one that began a movement of former Republicans pushing hard for voters to not only reject Trump, but all Republicans down-ballot as well. However, if conservative or even liberal policies have meaning, voting for any Democrat in 2020 is cutting off your nose to spite your face.

Boiled down, two aspects drive someone to vote for a candidate: policy and personality. Since policy is, at the end of the day, far more important than personality, it would behoove any voter to know the difference between the two candidates and the parties that back them.

On the economy, the Democrats are pushing hard in blaming Trump for the downturn that 2020 provided. This argument is foolish for three reasons. First, there was an unprecedented global pandemic that led to a hasty policy of shutting down nearly the whole country. The states that reopened are having a V-shaped recovery (as did the stock market). The states that are staying closed, nearly all Democratic states, are doing much worse, economically. An analysis by WalletHub shows a clear trendline, with some exceptions, that the more restrictions a state has, the higher the unemployment rate is. Second, Democrats were dismissing or simply lying about the unprecedented growth of the economy due to Trump’s policies well before COVID hit American shores. As recently as the 2020 State of the Union Address, Democrats refused to applaud low unemployment numbers among blacks and women, all to spite Trump. So their anger now should fall on deaf ears. Third, Trump now has a three-year record of taking a stagnating economy and facilitating its growth exponentially. When Democrats claim that Trump destroyed Obama’s economy without mentioning COVID, that’s a blatant lie.

Compare Trump’s 2017- Q1 of 2020 to Biden’s economic proposals going forward. He’s repeated over and over that he’s going to repeal Trump’s tax cuts, which is essentially a tax increase on 80 percent of Americans. That’ll mean less money for tens of millions of families to insert into the economy. Second, he’s pledged to ban fossil fuels (regardless of how many times he says he won’t ban fracking). That’ll raise the price at the pump and in electric bills. Again, it’s less purchasing power across the boards. He also belonged to the administration that added over 95,000 regulations to the Federal Register in 2016. The Competitive Enterprise Institute puts out an annual report on federal regulations. In 2017, they wrote: “The federal government’s reach extends far beyond its taxes, deficits, and borrowing. Federal environmental, safety and health, and economic regulations affect the economy by hundreds of billions – even trillions – of dollars annually.” There is no indication that Biden wouldn’t add many of those expensive regulations that Trump removed back into the Register.

On healthcare, the Democrats are quick to point out (especially this week at the Amy Coney Barrett hearings) that Republicans are looking to overturn Obamacare. While they attribute this to malice, the fact is that Obamacare is a costly, ineffective, and possibly unconstitutional piece of legislation. The Democrats all admitted Obamacare’s failings during the primaries, where no one, not even Joe Biden, said that the Affordable Care Act solved healthcare. Joe Biden is on the same page as the radical left, albeit moving more slowly. The Democrats advocate for Medicare for All and an end to private insurance, which will throw half the country off its healthcare, and demolish all the Union deals made over the last 50 years.

Unfortunately, Trump has not presented a comprehensive plan since the attempt to repeal Obamacare failed in 2017. His wish list, found on his second-term agenda page of his campaign site, includes Cut Prescription Drug Prices, Put Patients and Doctors Back in Charge of our Healthcare System, Lower Healthcare Insurance Premiums, Cover All Pre-Existing Conditions, Protect Social Security and Medicare, and more. However, unless the Republicans have control of Congress and the Presidency, it’s unlikely any meaningful legislation will be passed.

Foreign Policy is a no-brainer. It’s a competition between Trump, who facilitated peace treaties in the Middle East, destroyed ISIS, strengthened NATO, got North and South Korea talking, stopped Russian aggression into Ukraine and Syria, killed al-Baghdadi and Soleimani, and pulled out of the Iran Deal – and Biden, who Obama’s Secretary of Defense, Robert Gates, said was “wrong on nearly every major foreign policy and national security issue over the past four decades.” That’s not even to mention Trump’s strong resume on Israel.

The Supreme Court has become a political issue again, just as in 2016, with the death of Ruth Bader Ginsburg and the nomination of Amy Coney Barrett. From Trump’s perspective, this is his third nomination, and clearly within the precedent for a President to do. What is unprecedented, however, are the threats from Democrats to “pack the Supreme Court” if a normal constitutional procedure is undertaken. When asked about it, Biden has said this past week, “You’ll know my opinion on court packing when the election is over,” and that voters “don’t deserve” to know his stance on adding more Justices to the Supreme Court, which hasn’t been done in 150 years. As many Republicans said in their opening statements at Judge Barrett’s hearing, the Democrats are trying to turn the Court into a super-legislature to ram through their political priorities, as opposed to checking the constitutionality of legislation.

So, finally, there are the personality differences. Trump has been called a liar, but in reality he is extremely hyperbolic. “The biggest crowd ever” is not the same as “I will not ban fracking,” “Trump called white supremacists ‘very fine people’ or “If you like your doctor you can keep your doctor.” Trump’s “lies” are like a pufferfish; it looks big but it’s really nothing. Democrats lie with ease, and they never get fact-checked by the compliant media.

Trump has been called an authoritarian, but Democrats never point out examples (or when they do, they are easily debunked) of actual authoritarianism. To the contrary, Trump’s best chance at being an authoritarian was during the COVID crisis, where he could have implemented massive federal overreach. He did not, unlike many Democratic governors like Michigan’s Gretchen Whitmer, California’s Gavin Newsom, and New York’s Andrew Cuomo. Biden, however, has selected as his running mate and successor, Kamala Harris, who has pledged to override Congress if they don’t do what she wants, and laughed during a debate when her now-running mate said banning guns was unconstitutional, saying “how about instead of saying, no, we can’t, let’s say, yes, we can.”

In 2016, critics of Trump said, “Do you really trust Trump with the nuclear codes.” In the past four years, Trump has been incredibly restrained with the military, being the first president in 40 years to not start any new wars. He accomplished this while taking out some of the biggest terrorists and terror organizations on the planet, and suppressing the actions of dictators around the world. So now the question is, “Do you really trust Biden or Kamala Harris with the nuclear codes?”

Trump’s history with women is bad, but so is Biden’s. Trump doesn’t cozy up to white supremacists, despite the lies that he does, but Biden will not condemn Antifa or BLM for the violence they’ve caused over four months. Trump is actually alive; Biden has the look of someone heading for a nap. In terms of personality, the advantage, like with policy, belongs to Trump. You don’t have to like Trump; and if this was a primary or a normal election, maybe there’s a good argument to vote against him. However, that is not what is happening. This is a binary choice, and the choice is painfully clear. For the health, safety, and security of the country, Trump – and all down-ballot Republicans – must achieve overwhelming victory. 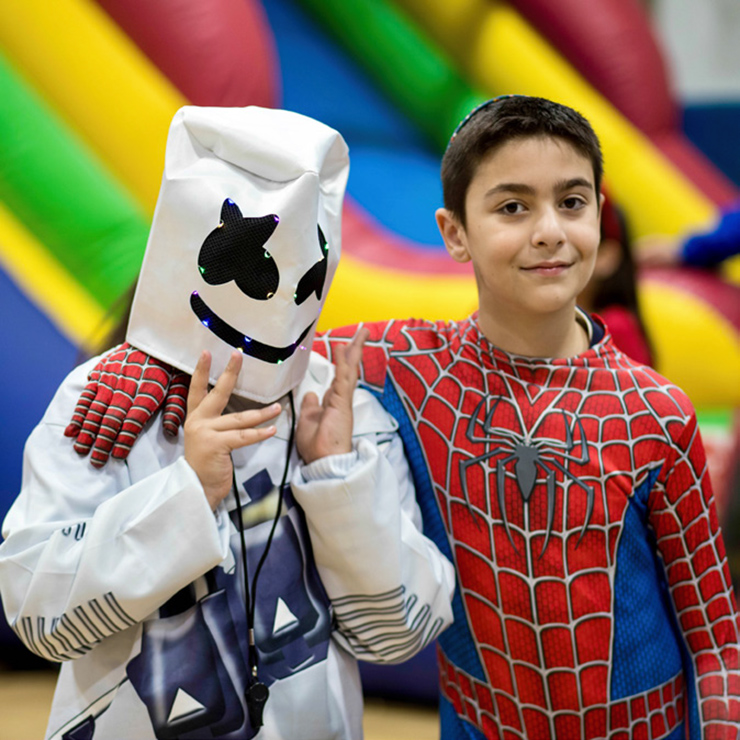 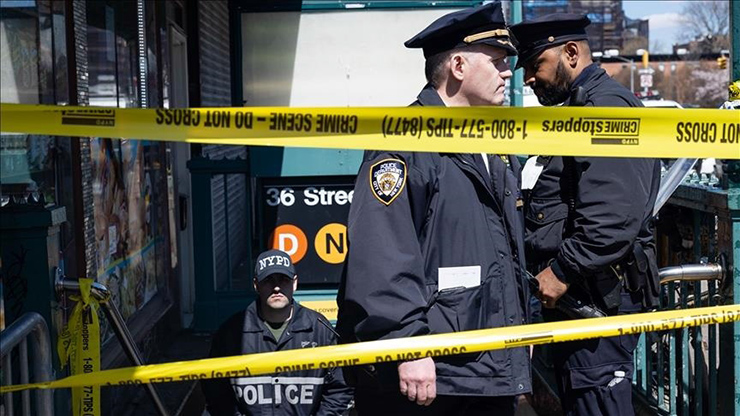 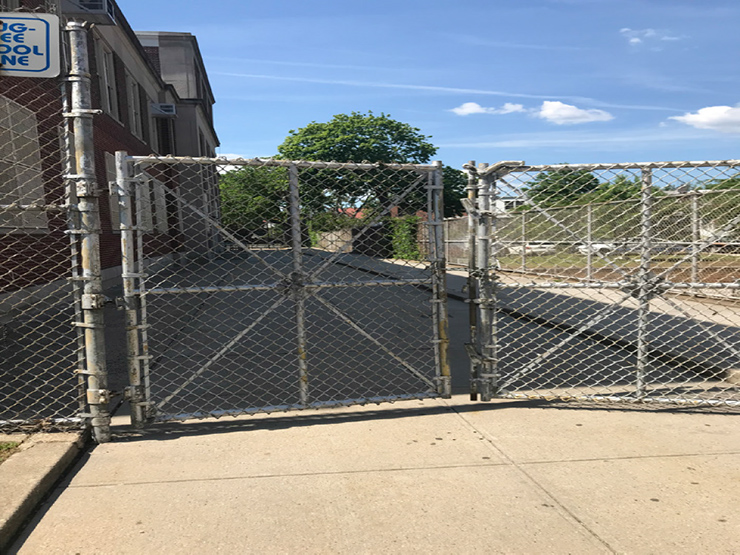