On Sunday, June 30, Rabbi David Ashear delivered a shiur at Torah Ohr of Great Neck on how to achieve emunah. He began by explaining that there are different types of emunah. One type is the belief that we can be saved at any second. That type is very important, because this is the type of emunah that will produce Mashiach. “If the only merit we have is hope for Hashem’s salvation, that will bring Mashiach.” After 120 years, you will be asked: Did you anticipate Mashiach? Did you anticipate that Hashem would save you in your current situation? Were you upbeat? Hopeful? To achieve that type of emunah, you need to learn about how Hashem saved others in your predicament. It gives us hope when we hear stories of Hashem saving someone when there seemed to be no way out. He then shared an incredible story about a boy living in Yerushalayim who needed a liver transplant to survive. The doctor told him to travel to Belgium. His time was running out and there was a long list of people ahead of him to receive a liver. He went to see his rabbi and asked, since it looked impossible, shouldn’t he just enjoy his last days at home with his family in Israel. The rabbi replied, “Never give up. You do yours and Hashem will do His. Never give up!”

The boy traveled to Belgium to wait for a liver. On April 14, 2010, a volcano erupted in Iceland and most of the continent was a no-fly zone. The next day, a liver became available. No one on the list could fly to Belgium for the transplant, so this boy, who was at the end of the list, received the liver. His life was saved. “Nothing is beyond Hashem. We are obligated to hope in Hashem.”

Rabbi Ashear shared that he sends out a daily email with stories that can help inspire emunah (See LivingEmunah.com).

He then explained that his focus for the lecture is on a different type of emunah: how to acquire the emunah that everything that happens in our lives is orchestrated by Hashem, second by second, and that everything could not be better. The Gemara says that a person doesn’t stub his toe unless it is decreed by Hashem. Everything is decreed by Hashem. Our physical lives are totally b’yad Hashem. “When we live this way, it will remove so much stress and heartache.” Rabbi Ashear taught that people think they have much more control than they actually have. Emunah removes worry. We have to say that our real purpose in this world is to take the circumstances that Hashem put us in and to rise to the challenges. We have to be the best we can be and get close to Hashem in the place He put us. “There is no better midah than emunah to elevate us.”

How does a regular Jew become great in this world? The Chofetz Chaim taught that the main complete good that will be given out in the days of Mashiach will be given to people according to how much they recognized that every moment is orchestrated by Hashem’s hashgachah. We can become great in emunah.

If Iyov [Job] hadn’t complained when Hashem gave him yisurim, his name would have been included in the first brachah of Sh’moneh Esrei along with Avraham, Yitzchak, and Yaakov. Rabbi Ashear marveled, “Look how far emunah could lift a person. David HaMelech woke at midnight each night and praised Hashem the whole night. He became the fourth leg of Hashem’s chariot when he accepted that the insults from Shim’i ben Geira were willed by Hashem. This is what emunah can do for us. “Emunah can make us great.”

Our purpose in this world is avodas Hashem.

He then shared how to gain emunah. The first step is to recognize how important emunah is, especially in our days

Rabbi Ashear taught, “We came to this world to connect to Hashem. He gave us a need to call out to Him. All prayer is valuable. There is nothing better for us than to soar in emunah. Hashem gives us tests to raise us.” He explained that every moment of our lives is carefully planned to give us growth.

Hashem’s tests are not easy. He suggested that we use our feelings to talk to Hashem. He told a story about a boy who wanted a shidduch and he was having a very hard time finding his bashert. He went to the Kosel and davened and cried. A few minutes after he left the Kosel, a shadchan called him with a suggestion, and he was sure this was the answer to his prayers. He went out with the girl and she did not fit any of the things he was looking for. He was very upset. He asked his rabbi why this happened, and the rabbi explained that this was a test in emunah. If after this disappointment you can daven with fervor, your prayers will be on a higher level. When we say to ourselves that no matter what happens, Hashem, I believe in You; I know it’s a test – then we become great. “We have the ability to give Hashem so much. Nobody in life can affect you. If you are meant to get something, you will get it.”

He added that when we are late because we can’t find our keys, Hashem hid them. It’s a test. “Everything in life is a test. Our main purpose is to see Hashem and to say thank you and to trust in Hashem.”

He pointed out that people will fall, but we need to get up and do better next time. “It’s not all or nothing. Our purpose in this world is growth, connection to Hashem.”

Some people feel distanced from Hashem, or they feel as if Hashem is pushing them away because they are bad. Some people may think, “Hashem hates me.” “You need to know how much Hashem loves you. Never think that Hashem is pushing you away. All He wants is for you to come close.” 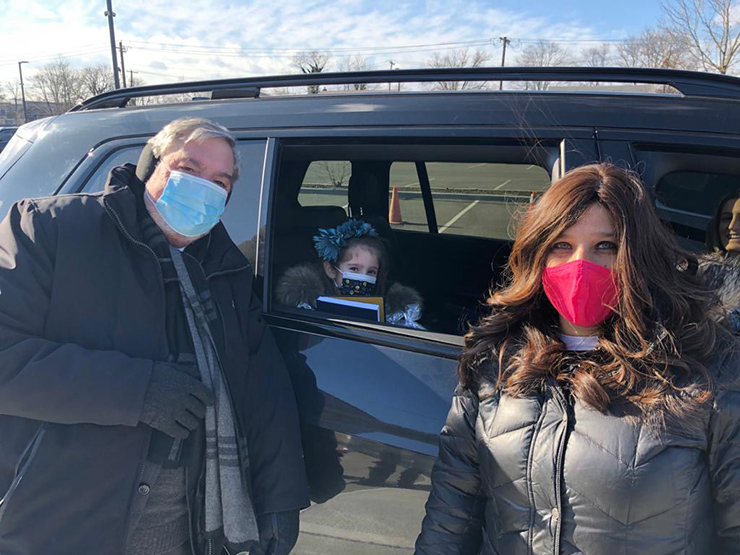