The generation-long immigration wave that brought Soviet Jews to America and Israel followed a timeline where the religious and Zionist activists were the first to cross the Iron Curtain. They were followed by individuals with family members abroad and those fleeing in search of better economic opportunities. “Today in the former USSR, there are few Jews left who have two Jewish parents,” said Rabbi Avrohom Moshe Binsky of Kehilas Moreshes Yaakov in Brooklyn. He met such individuals on a visit to a summer camp in Belarus run by the Yad Yisroel organization. 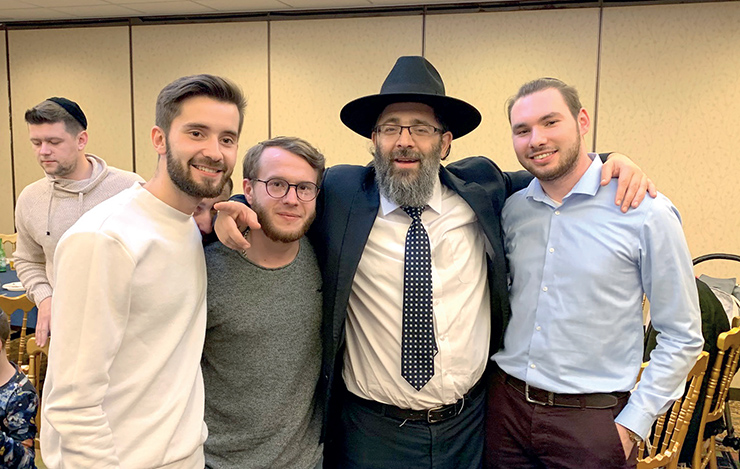 Founded by Karlin-Stolin chasidim, Yad Yisroel has been providing Jewish programs in Belarus since 1995, when Rabbi Moshe Fhima and his rebbetzin, Riki, established a day school in Pinsk. They were in New York this past week at a Shabbaton for alumni in America.

The aftermath of the environmental damage caused by the Chernobyl nuclear meltdown, and the lack of economic opportunities that followed independence in 1991, resulted in an exodus of Jews from Belarus. Those Jews were a remnant of a much larger Jewish population nearly exterminated in the Holocaust.

Many of those who remained were products of intermarriage, with little knowledge of Judaism. Rabbi Fhima finds their children and encourages them to attend Yad Yisroel’s summer camp and school. “It’s normally from a friend having a friend with a child at Yad Yisroel,” said Rabbi Fhima, who was on a visit to New York last week to reconnect with alumni.

In many such instances, Rabbi Fhima finds people who come from two or three generations of intermarriage. They speak of having a Jewish grandmother, or great-grandmother, but as long as she is on the maternal side, that individual is also a Jew. “Now we’re working on social sites. We are fighting against time, because when a Jewish man intermarries, that ends a chain of history going back more than 3,000 years.”

The students of Yad Yisroel live on campus in dorms, a Jewish environment that creates lasting friendships. Upon graduating, the organization helps students immigrate to Israel, England, the United States, and Canada, where they continue their Jewish studies and receive a college education. “Our boys in America go to Lakewood first. It is important for them to keep their Jewish identity,” Rabbi Fhima said. Those who settle in Brooklyn are connected with Rabbi Binsky, an Agudah kiruv shaliach with decades of experience who speaks their language. 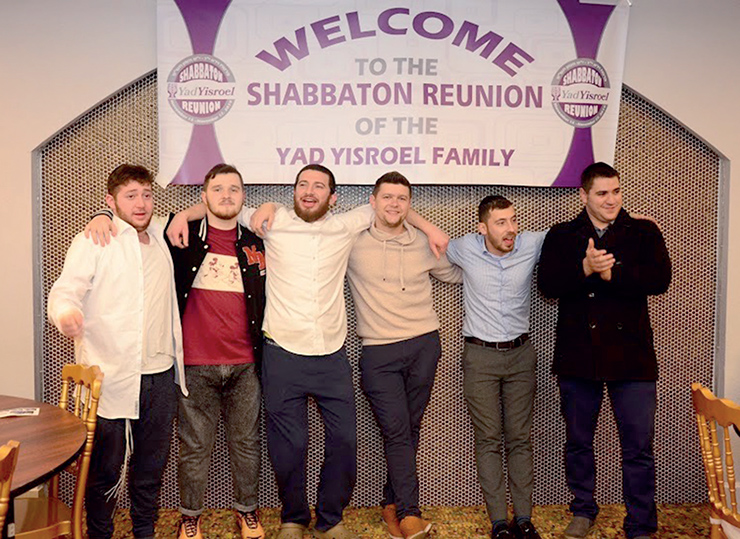 Two Yad Yisroel alumni who now live in Queens are Moshe Balakhanov (22) and Zev Kamarou (21), both majoring in marketing at Lander College for Men in Kew Gardens Hills. Every semester, we host our Lander College landsmen for Shabbos, offering them a taste of home and shared memories. “My mother signed me up for Yad Yisroel,” said Kamarou. “I had problems at my public school in Minsk. Initially I was considering a high school in Israel, but my parents wanted something closer to home.” When he is not studying and working, he practices photography as a creative pursuit related to his career.

It was a story similar to that of my wife Keren, who did not do well at her middle school in Lida. “The yeshivah was my punishment,” she said. “And it saved me.” Kamarou quickly recognized the difference between public school and yeshivah. “At the school in Pinsk you feel like home. Your relationship with the teachers is much closer,” he said.

Moshe and Yocheved Nisenboym shared the table with us, as our life stories have too many similarities. Moshe and I grew up in Rego Park, attending public school before we became observant. We did not know what public schools in Belarus are like until our wives told us. It is quite a minefield to navigate for an adolescent, which makes the teenage years here innocent in comparison. No wonder they feel so strongly about Yad Yisroel and the impact that it made on their lives. After graduating from Yad Yisroel, our wives attended seminaries in Montreal before immigrating for a second time to New York. The Nisenboyms recently bought a home on Long Island and celebrated the birth of their fourth child.

Balakhonov was born in Gomel, a city in eastern Belarus. After attending the Yad Yisroel summer camp, he was enrolled in the yeshivah. “We receive individual attention. The rabbi understands you and uplifts you,” he said. Israel was an option, but as he said, “Not everyone gets to America.” Following two years at Lakewood, he arrived in Queens to study at Lander College on scholarships provided by Touro College. He chose marketing as it related to his artistic interests, which includes designing sneakers.

Our two recent acquaintances stand in a place of honor among baalei t’shuvah. They were raised without any knowledge of Judaism, given chinuch in their country’s only yeshivah, which was bolstered by two years in Lakewood before arriving in our community. To meet them is to be inspired.