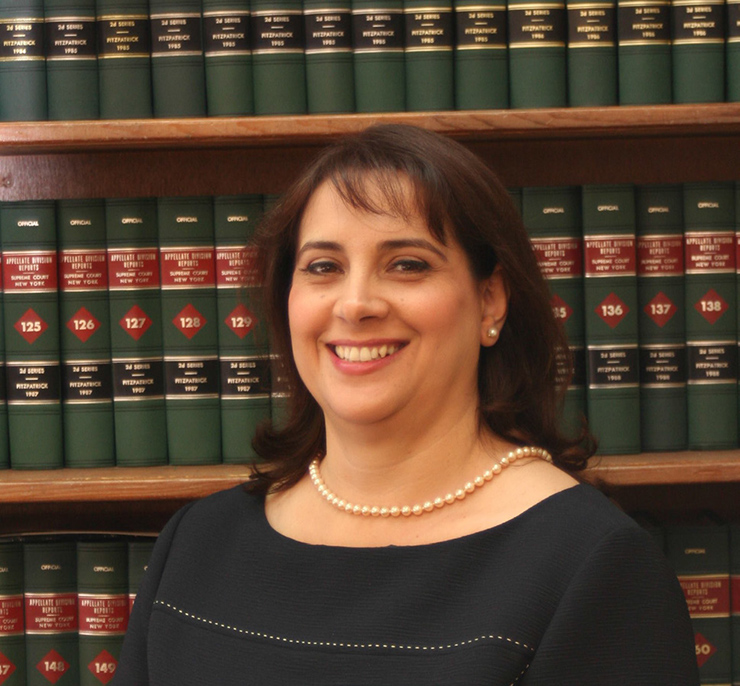 In the election earlier this month, there were many positions on the ballot, including a line for judge to the Queens Supreme Court, where a familiar last name appeared: Lancman. But this time, it was Mojgan Cohanim Lancman, who was elected to the bench, making her the first Persian Jew in this position. “In New York, the Supreme Court is a trial court, with two appellate levels after it. It is a court of general jurisdiction, and it hears all kinds of matters,” she said.

Her husband Rory is a familiar name for voters, having served in the State Assembly from 2006 through 2011, and on the City Council from 2014 until this month. While Mojgan shares the same career interests as Rory, her election campaign was much less visible than any of his past runs for office. “As judges, we are supposed to be neutral, an independent arm of the government, with judicial ethics that limit our political activities.”

“Even when your judicial colleagues run on the same line, we don’t endorse each other,” she said. “I cannot endorse any other candidates. That’s why you do not see me at any of Rory’s events.” The only type of campaigning that she could do was to earn her nomination on the ballot.

The muted campaign is a contrast from the Mojgan Lancman I first met a decade ago. At that time, she was an active partner to her husband’s ambitions, calling his staff with dozens of names of potential supporters while his voice was hoarse from making phone calls day after day. In 2014, she was elected to the Civil Court after two decades as a court attorney, arbitrator, and court referee. She also served as law clerk in civil court and at the Queens County Supreme Court.

Her interest in law goes back to her childhood experience as a refugee from Iran. In 1979, the monarchy was overthrown in favor of an Islamist regime that disbarred Jewish lawyers and banned women from serving as judges. Fearing anti-Semitic violence, most of Iran’s Jews fled for America and Israel. The Cohanim family initially settled in Queens, and their daughters received their Jewish education at the Bais Yaakov of Queens and YU High School for Girls. At Queens College she met her husband Rory. She received her law degree from the New York Law School.

Her approach towards plaintiffs and defendants is informed by her childhood experience as a daughter of immigrants. “I translated for my parents. I know what it’s like to walk into an unfamiliar place. A self-represented person doesn’t speak legalese. It’s like entering a different country,” she said.

Prior to the coronavirus pandemic, Lancman’s court was like any other urban venue, packed with a high volume of cases and the pressure to resolve them in a timely manner. “What’s repetitive for me is not repetitive to each litigant. I treat each one with respect,” she said.

With in-person appearance limited by virus prevention measures, Lancman said that courts have adapted to the situations, encouraging online fee payment and the use of software to conduct trials. Jury trials are starting to resume, but the audience section is nearly empty. “We’ve lost two judges in Brooklyn, one in Westchester to COVID. Many court workers have gotten sick,” she said.

When Lancman is not on the bench, she presides at meetings of the Iranian-American Bar Association, and the Brandeis Association, two affinity groups for legal professionals and students sharing a common background and culture. “Brandeis has been a second home for me. It’s a place where attorneys and judges not affiliated with a synagogue can express their Judaism. We have a special Shabbat each year that has been very rewarding for people who remember it from their childhood and from their grandparents.”

In her role as the association’s chairperson, Lancman introduced other legal affinity groups to its holocaust memorial program and other lectures. “We can’t always be speaking to ourselves,” she said. At the Iranian-American Bar Association, she organized the annual Nowruz dinners in March, celebrating the traditional Persian New Year.

Her three children are in college, with one considering a future in the parents’ profession. Through her quarter century of experience practicing law, Lancman never forgot her humble beginnings as she rose from refugee to become the first Iranian-American woman judge in New York. There are three in California, which has a much larger Iranian community. “We are one of the most educated immigrant groups in the country. It is a proud moment for the Iranian Jewish community.”