The outspoken support for Israel by evangelical churches is well-known in the Jewish community, but among the older “mainline” denominations, the struggle on the Israeli-Arab conflict has also been in the news with contentious debates on whether the Lutherans, Methodists, and Episcopalians should stand with the Palestinians as part of their commitment towards “social teachings.” 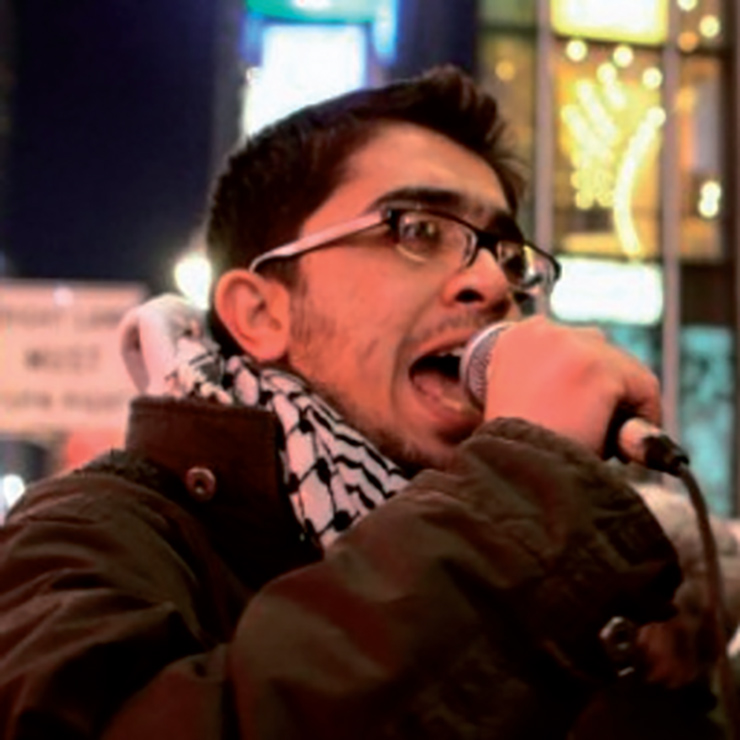 The Episcopal Church has its roots in the American Revolution, when Anglican churches in the revolutionary colonies followed their congregants in declaring independence and becoming a distinct entity. Although in appearance and organization Episcopal churches resemble Roman Catholic churches, in practice this denomination has nearly a century of involvement in socially liberal causes, such as civil rights for minorities, ordination of women, and support for alternative lifestyles. As it is in the secular political circles, the church is in the midst of a debate on the Israeli occupation of land claimed for a Palestinian state.

On Tuesday, May 14, the Redeemer Episcopal Church in Astoria will be hosting “Celebrating Palestinian Resistance,” an event sponsored by the local Democratic Socialists, with speakers from two city-based pro-Palestine groups. The description reads: “Timed to coincide with commemoration of the Nakba, the catastrophe, where the Palestinian people were expelled from their ancestral home, this event will focus on education about the Nakba, current sanction movements including the Boycott, Disinvest and Sanction (BDS), No Way to Treat a Child and the Great Return March.”

“It is happening in Astoria, Queens. The small Jewish community of Astoria is asking the pro-Israel community to join us in confronting this event,” said Zelig Krymko, a local resident whose daughter is attending school in Israel. “We were told by the organizer, Caleb Dejong, who is a member of the board of the church, that our opinions won’t be welcome at this event, and that saying controversial things about Palestine won’t be tolerated.”

Recognizing the BDS movement and the Great Return March as expressions of anti-Semitism cloaked in anti-Zionist rhetoric, Krymko is organizing a response, seeking either to picket the event, and if possible to attend and raise questions to the panelists. “It is time for the Jewish community, and all pro-Israel Americans, to confront this grassroots propaganda campaign that aims at turning Americans against the six and half million Jews of the Holy Land,” said Krymko. “We cannot continue to be silent while these Jew-haters are rising up all over college campuses, mosques, and churches across the world and here in the United States.”

Krymko noted that the headliners for the event have records of vocally supporting violence against Israel. “Raja Abdulhaq openly supports killing innocent Jews in Israel and calls Hamas a movement engaging in legitimate resistance,” said Krymko. Abdulhaq is the Executive Director of Majlis Ash-Shura Islamic Leadership Council of New York. The Zionist Organization of America compiled a decade’s worth of quotes from the Palestinian-American activist highlighting his support for Hamas, which is considered a terrorist group by the US State Department.

Nerdeen Kiswany is the founder of “Within our Lifetime / United for Palestine” and is past president of the New York City chapter of Students for Justice in Palestine. In 2017, she expressed pride in fellow Palestinians cheering after a Palestinian rammed a truck into a crowd of Israeli cadets, killing four and wounding 15. A wounded tour guide shot and killed the East Jerusalem resident. At the time, Kiswany posted praise for the attacker on her Facebook page. “These celebratory actions are what keeps the resistance moving forward, they are what keep it alive.” Although Kiswany deleted her post, it was publicized by the watchdog group SJP Uncovered and reported in The Algemeiner Journal. “She took advantage of our wonderful democracy in America to be a cheerleader for murder, nothing more, nothing less,” said Rabbi Abraham Cooper, associate dean of the Simon Wiesenthal Center, in an interview with the newspaper.

In 1979, the national church expressed support for the “opportunity to establish a free and independent Palestinian state which recognizes the State of Israel.” Since then, its resolutions have reiterated the right of Israel to exist with security, while opposing the US embassy relocation and funding for settlements. Although the church condemns Israeli settlement building, it has not expressly backed the BDS campaign. In contrast, the Democratic Socialists of America (DSA) overwhelmingly adopted BDS at their 2017 national convention. The political movement includes presidential candidate Bernie Sanders and Rep. Alexandria Ocasio-Cortez as prominent leaders and seeks to shift the Democratic Party away from its longstanding support for Israel.

With the support of the Redeemer Episcopal Church, the DSA is also seeking to push the church from an equivocal position on Israel and Palestine towards an expressly one-sided view, to the detriment of the Jewish state.

“It is being advertised on social media and, according to the pastor, it will be packed,” Krymko said. “We want to bring people who are passionate and knowledgeable about Israel to the event to ask questions, give facts, give out leaflets about the speakers and the situation in Gaza and in Judea and Samaria, and stage a protest outside. We’d like to reach the community and get the word out that we need you to be there and support us to confront this libelous event happening right here in Queens, in our backyard.”

The event will take place at the Redeeemer Episcopal Church at 3014 Crescent Street on Tuesday, May 14, 6-9 p.m. Anyone interested in protesting this event should contact Zelig Krymko at This email address is being protected from spambots. You need JavaScript enabled to view it.. He will be holding a meeting ahead of the event on organizing the pro-Israel response.