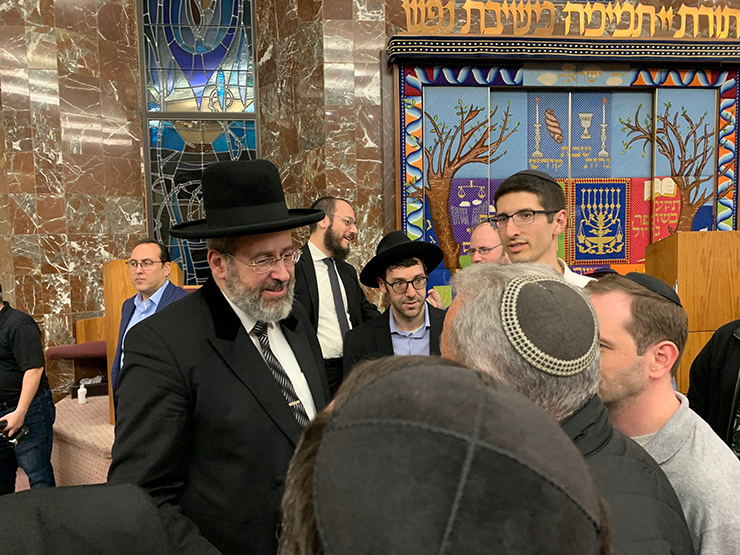 In his tour of Jewish communities on Long Island, coordinated by Chabad, the Chief Rabbi of Israel David Lau shlita visited more than a dozen shuls, schools, and organizations. Towards the end of his trip, he spoke at the Young Israel of West Hempstead to offer encouragement and strengthen the connection between this community and Israel. The event was cosponsored by the Chabad of West Hempstead, Anshei Shalom, Bais Torah U’tefillah, and Eitz Chayim of Dogwood Park.

“How fortunate are we, the unique partnership of shuls,” said Rabbi Joshua Goller of the Young Israel. He thanked Rabbi Yossi Lieberman, the Chabad shliach to West Hempstead, for inviting Rabbi Lau to this community.

In a show of collegiality, Rabbi Lieberman thanked his colleague Rabbi Nochem Tenenboim of the Chabad of Hewlett for arranging Rabbi Lau’s travels across Long Island. He spoke of the local shuls uniting at the event as an example of the Hakhel year, when the people gather and connect with the Holy Land. He introduced his local counterparts Rabbi Uri Lesser of BTU, Rabbi Elon Soniker of Anshei Shalom, and Rabbi Dov Greer of the Beis Medrash of West Hempstead to recite T’hilim and a t’filah for the Israel Defense Forces. They were followed by Rabbi Lau.

He spoke of two famous rabbis in Jerusalem who davened together 110 years ago.

“Two tzadikim, an elder rabbi and a young rabbi. They were Rabbi Chaim Berlin, the son of the Netziv, who sat every Friday afternoon with a young Rabbi Aryeh Levin. They said together the Shir HaShirim, which Rabbi Akiva said was the Kodesh HaKodashim of songs.”

Rabbi Chaim Berlin cried at the words “your eyes are like doves.” Out of respect, Rabbi Levin did not ask him why. After a few weeks, his mentor revealed the reason, bringing back memories from his service as the Chief Rabbi of Moscow during the Russian Empire. “I was a mohel. I knew that one day I would pay for it,” he said. “I heard a knock on my door. It was a soldier, a big officer.”

The officer gave Rabbi Berlin until the following morning to pack and leave with him, requesting that he include his bris milah instruments. “I took my knife, t’filin, and siddur. I said goodbye and I did not know for how long.”

The officer took him to a house deep in a forest, where a woman was holding a newborn baby. “Two nights afterwards, the officer thanked me and offered to pay.” Assuming that the officer was not a Jew, he asked why he was summoned to perform a bris milah. “My parents and the parents of my wife are Jews. I’m a child of the Tsar,” the officer told him. But despite his loyalty to the despot, he added, “Maybe one day he’ll ask himself where he came from.”

Connecting the story to his work, Rabbi Lau said that he knew a man who had not spoken to his daughter in 30 years. He advised him to keep in touch. “Her children will be your grandchildren. All my life, especially in the last ten years, I have run from place to place to teach and try to find children of klal Yisrael.”

He then answered a few general questions about his work as the Ashkenazic Chief Rabbi of Israel. “I feel, from time to time, pride and sadness. People in Israel want to know Torah,” he said. He did not elaborate on the methods but said that he did not like how the Tanach was taught by the Ministry of Education. “The last government took the study of Tanach to a few hours without the test.” He added that Israel struggles to define itself as either a “country of Jews,” or a “Jewish country.” He spoke of his office as vital in ensuring that divorcees receive a get and its recognition abroad, and the “kevod shamayim” that it promotes in Israeli society.

Rabbi Tenenboim thanked the senior shliach on Long Island, Rabbi Tuvia Teldon, and his wife Chaya for arranging the trip, and then quickly listed some of the places where he spoke in the past week, which include Yeshiva of South Shore, HAFTR, Yeshiva Har Torah, Great Neck Chabad School, Roslyn, Woodmere, Hewlett, Long Beach, Merrick, Stony Brook, and Dix Hills. Before flying back home, he davened at the Ohel of the Lubavitcher Rebbe.

The son of former Chief Rabbi Yisrael Meir Lau shlita, the honored guest speaker was born in Tel Aviv. He studied at Yeshivat HaYishuv HeChadash, and later at Yeshivat Beit Matityahu and the Ponevezh Yeshivah. He also served in the IDF Intelligence Corps. Concerning the work of his office, his sefer Maskil L’David discusses the halachic approach to conversion, ancestry, military service, and other contemporary matters. He was elected to his position in 2013, for a ten-year term that expires in the coming year. 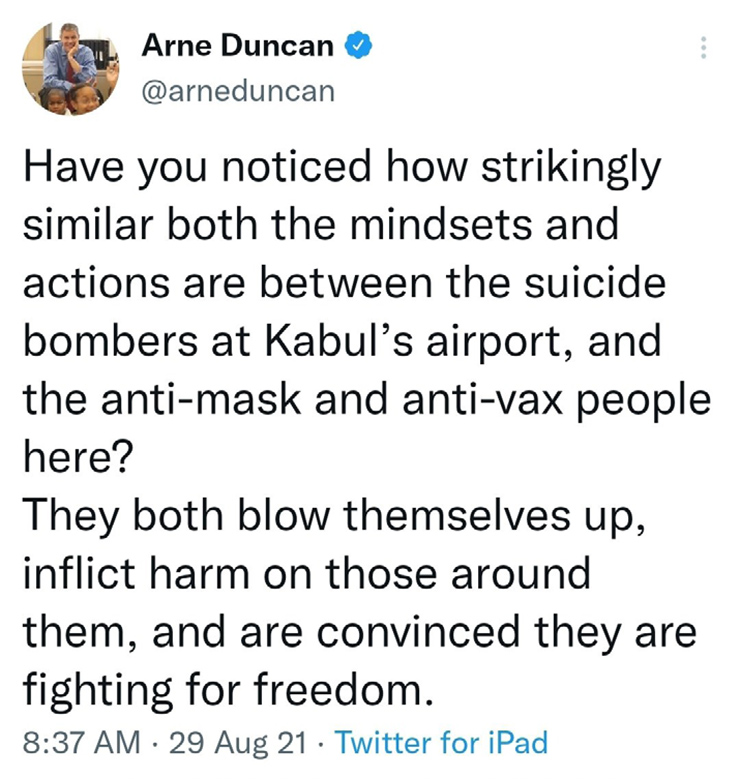 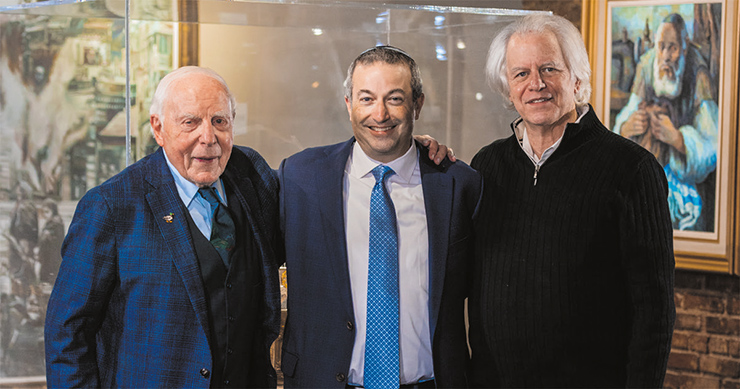 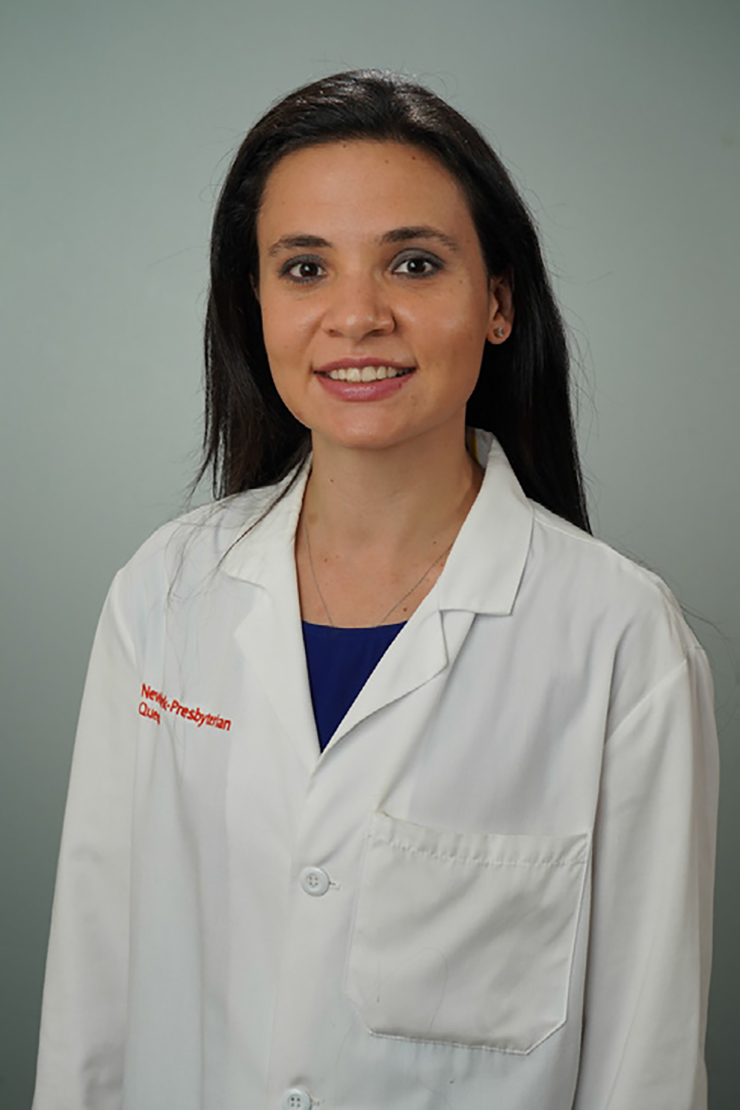