Rabbi Yisroel Goldstein, Rabbi of the Chabad of Poway, whose synagogue was attacked by a terrorist gunman on the last day of Pesach, will be the featured speaker at the annual Yom Yerushalayim celebration dinner of American Friends of Ateret Cohanim/Jerusalem Chai. The dinner is the main fundraising event of the American Friends, whose support is critical to the work of Ateret Cohanim in the so-called Muslim and Christian Quarters of East Jerusalem. For nearly four decades, Ateret Cohanim has painstakingly brought Jewish life back (inch by inch) to the areas that became “Jundenrein” after the fall of the Old Yishuv in the 1948 War of Independence. The dinner will be held at 6:00 p.m. at the Marriot Marquis in midtown Manhattan on Thursday night, May 30.

The projects and programs of American Friends of Ateret Cohanim/Jerusalem Chai, support the educational, social, recreational, and security needs of the over 1,000 Jews living in these areas. These projects include day care and afterschool programs for children, rooftop playgrounds, armed security for escort to and from school, renovations of apartments legally purchased that were neglected by squatters who lived there for many years, security cameras and other equipment strategically placed to aid the police and army, education for Israelis and tourists to understand the importance of this area to the history of the Jewish people, and the renovations of historical sites like the Churva Synagogue, the Ohel Yitzchak Synagogue, the Yemenite Village Synagogue, as well as the Mark Twain Center in the old “Mediterranean Hotel,” today known as Beit Wittenberg.

The choice to bring Rabbi Goldstein to the dinner was made clear to the Executive Council of American Friends by the rabbi’s steadfast message to bring light and hope in the face of sorrow and tragedy. After his brush with death facing the terrorist gunman who killed congregant Lori Gilbert Kaye Hy’d, Rabbi Goldstein has traveled across the United States, spoken at the White House, and has carried the message of the Lubavitcher Rebbe, Menachem Mendel Schneerson, who exhorted his disciples to bring “light” to the world. Ateret Cohanim has done the same. In the face of hatred and terror by our enemies in east Jerusalem, we continue to grow and thrive, despite the physical threat of violence and psychological danger that face our families every day. Our community in the Yemenite Village in the area called Silwan by the rest of the world, recently welcomed the 23rd family and 122nd child.

In celebration of Yom Yerushalayim, guests will be entertained by world famous singer Mendy Wald and be introduced to Pete Hegseth, Fox News personality who recently aired a TV special “Battle in the Holy City,” a look at the struggle for Jerusalem.

The Guests of Honor, Aviva and Paul Gross, are the daughter and son-in-law of one of the founders of American Friends, Joe Mermelstein z”l. “Papa Joe,” as he was called by all who knew and loved him, was one of the great activists of the Jewish people during the last 50 years. Mr. Mermelstein championed not only the cause of the Jews of the Old City, he was instrumental in raising the consciousness of the world to the plight of Soviet Jewry and is credited for making the case to bring then-Prisoner of Conscience Anatoly (now Natan) Sharansky from the Gulag of Siberia to his rightful home in Jerusalem. Joe helped support the Israel Day Concert, projects in Sderot and Hebron, and was an early supporter of Prime Minister Netanyahu. Most major Jewish organizations of today have Joe Mermelstein z”l to thank. American Friends of Ateret Cohanim, together with his children Aviva and Paul, will dedicate a scenic overlook in the “Old City” in Joe’s memory at the gala Yom Yerushalayim dinner.

The dinner will also pay tribute to Rabbi Meir and Briendy Melnicke (Rabbinical Alliance of America) who will receive the Rabbinic Leadership Award for his work on behalf of the Jewish people both in the United States and Israel. Albert and Louiza Allaham, purveyor of Reserve Cut, and Mr. Willy Pilku will receive the coveted Bonei Yerushalayim Award. Mr. Pilku of Core Scaffold Systems has said his goal is to be the one to build the scaffolding for the future Temple in Jerusalem.

Danny and Tzippy Finkelman (Sparks Next Productions) have been responsible for much of the creative video shown at previous dinners and will receive the Oheiv Tzion Award. Mr. Finkelman has won awards for his work at the Sundance Film Festival and was a producer of the drama “Menashe” that received universal acclaim for its portrayal of chasidic life in Brooklyn.

American Friends is also proud to pay tribute to three outstanding young people – Michael Celler, Inna Vernikov, and Estee Wald – for their commitment and enthusiasm on behalf of Jerusalem and the Jewish people.

“All of us are looking forward to celebrating Yom Yerushalayim, because for no other city do we dance and sing,” said Shani Hikind, Executive Vice President of American Friends. “This is everyone’s opportunity to stand by the side of our incredible families living in the heart of Jerusalem.”

Reservations to the dinner can be made online at jerusalemchai.org/dinner or by calling 212-216-9270. 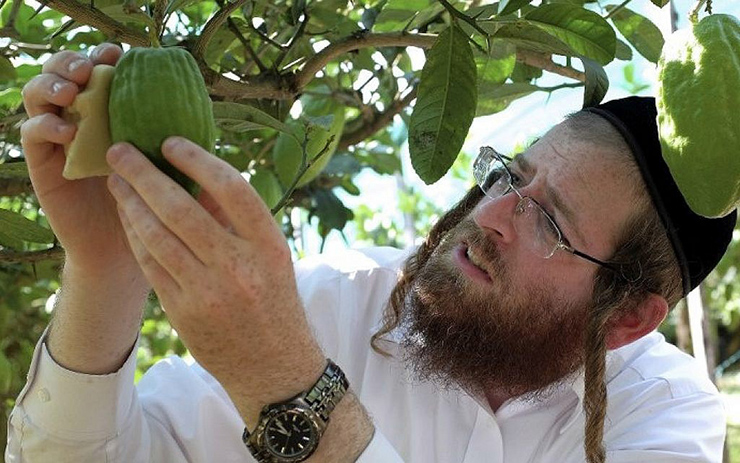 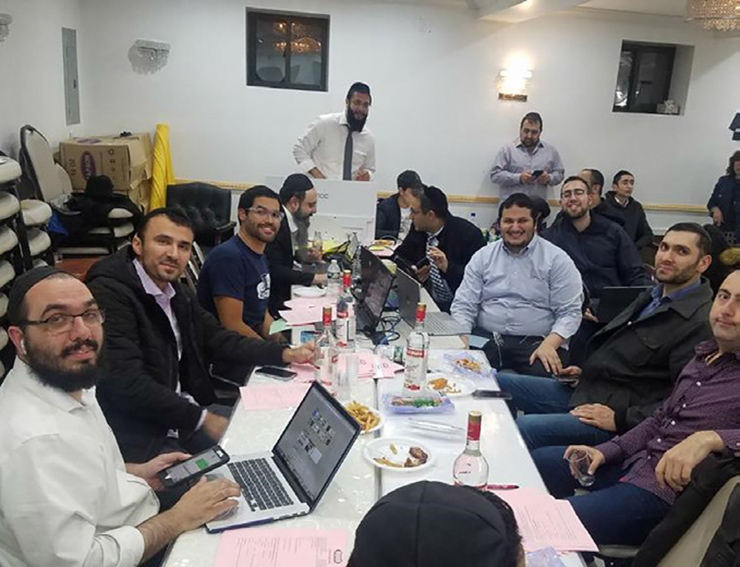 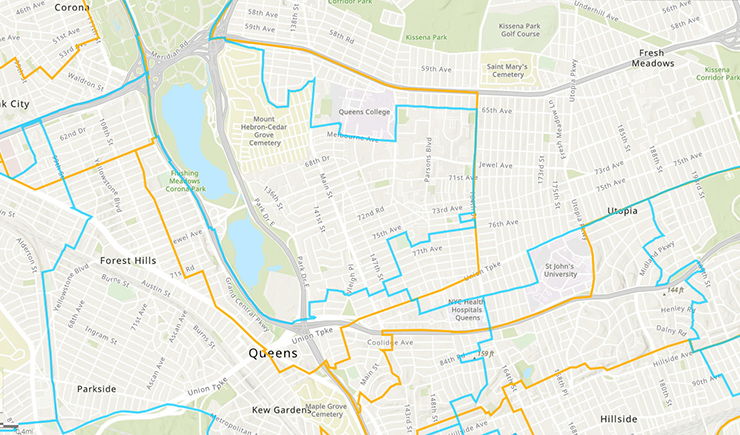 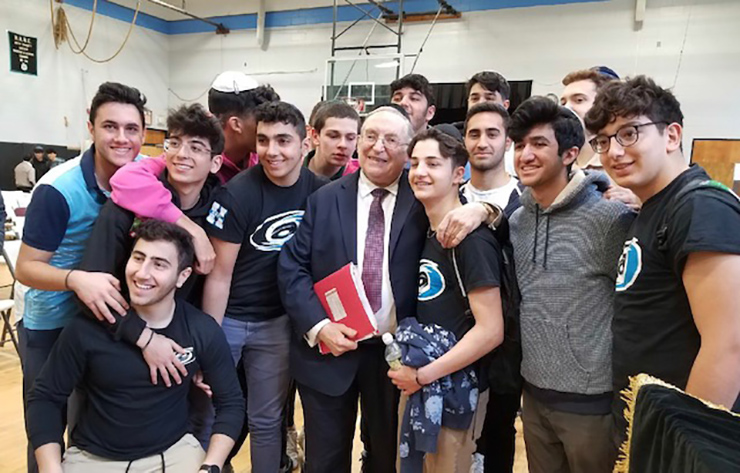 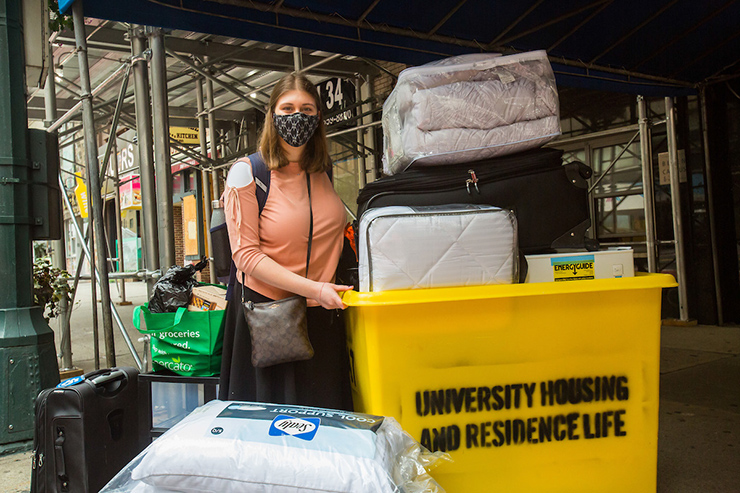