MTA’s Model UN Team was excited to participate in the Yeshiva University National Model United Nations (YUNMUN). The conference, held at the Crowne Plaza in Stamford, Connecticut, from Sunday, February 9, through Tuesday, February 11, was attended by representatives from 48 yeshivah high schools from across North America, as well as South Africa and Brazil. 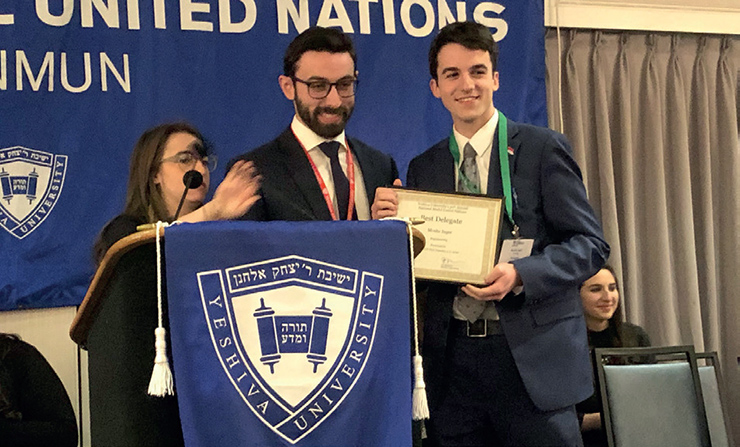 MTA team members represented Indonesia and participated in 15 different UN committees, from Peaceful Use of Outer Space to Counter-Terrorism. The team delivered position papers they worked hard to prepare over the past few months, advocated for Indonesia’s interests, and worked to form coalitions to pass resolutions addressing global problems.

Congratulations to Moshe Inger (’20) on winning a Best Delegate award for his work on the International Criminal Court, Yeshurin Sorscher (’21) on winning an Honorable Mention for his work on the Disarmament and International Security Committee, and Ezra Nissel (’20), who was recognized by the Middle East Summit. The team has already started preparing for its next competition at the Heschel School in May. 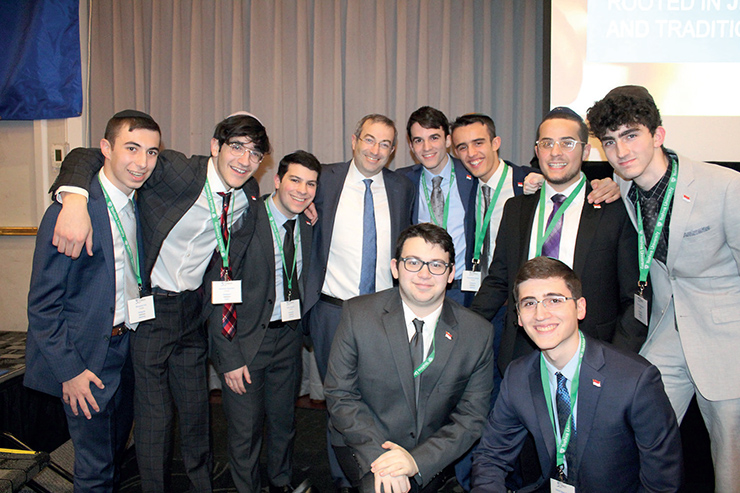