Last week, former New York City mayor Michael Bloomberg jumped simultaneously into the debates for the Democratic primary and a shark cage. Upon entering, Bloomberg was bombarded by attacks from his fellow candidates, which he was obviously ill-prepared to defend. Those of us who lived through three Bloomberg terms in New York City should not be surprised by how lackluster he was. Bloomberg was never “Captain Charisma” while he was mayor, and that reputation definitely continued in the debate. Still, this week, I’d like to discuss the attacks his opponents levied on him, how he handled them, and how he should have handled them.

Stop and Frisk (or as conservatives are all trying to reframe it “Stop, Question, and Frisk”) was a key policy of the Bloomberg administration in New York City during his three terms. Bloomberg’s opponents, especially Bernie Sanders, hammered him for this, as Bloomberg is vying for the unity candidate position, a position that Sanders pointed out would be quite difficult as Stop and Frisk, which is widely considered to have disproportionally targeted minorities. Recently released recordings of Bloomberg defending the policies didn’t help the former mayor’s cause either.

Bloomberg’s strategy was basically to cower and apologize. What Bloomberg somehow doesn’t understand (despite owning his own media company) is that apologies don’t work. Today, an apology is less of “I understand what I did wrong” and more of an admission of guilt. In the last 10 years, there hasn’t been a single politician or political figure who has apologized for his or her actions and proceeded to go on with their lives. The Virginia governor, Ralph Northam, understands this. He’s now a year removed from pictures revealing him in either blackface or a KKK hood, yet because he didn’t apologize for it, and instead vehemently denied it, he’s somehow still the governor. Donald Trump understands this. He apologizes for nothing. Today, apologies show weakness instead of growth.

I do hear a lot of Conservative pundits saying that the way Bloomberg should have responded was by showing how many lives his policy has saved by implementing Stop and Frisk, then turning it around at the other candidates by asking them how many lives they have saved. The problem is that these pundits are thinking like Conservatives. Conservatives would love this defense. However, the Left side of the aisle is much different, and this defense would not work. Firstly, it still brings attention to the fact that Stop and Frisk was a thing. Secondly, this is very much an “end justifies the means” argument. Again, Bloomberg shouldn’t have apologized and admitted guilt, but he definitely should have deflected and put others on the hot seat.

The actual response to this should have been “We were operating with the best intelligence at the time. You know what that’s like Joe, don’t you?” This response does a few things. Firstly, it shows that Bloomberg trusts his intelligence agencies, bringing him into contrast with President Trump. Secondly, it puts his biggest rival in the moderate lane, Joe Biden, under fire for backing the Iraq invasion, his defense having been that all of the intelligence pointed to a necessary invasion. Bloomberg could have said that based on the information we had at the time, this was the best and most obvious solution to the problems we saw. Sometimes intelligence is faulty, but we always have to rely on the data to make decisions. Now this response will be hated by the Conservative half of the country, but that’s not what Bloomberg is trying to do here. He should be trying to unite a party. This answer would have done so. The previously stated answer can be saved for a general election when Bloomberg would be trying to win votes away from Donald Trump.

Another area for which Bloomberg was attacked was his company’s treatment of women. Elizabeth Warren bated Bloomberg into basically stating that the reason he would not let some 40 women out of their NDAs with his company was that they all mutually agreed to enter them and that letting them out of the NDAs would go against the original plan. This is the weakest possible defense for this question and Warren jumped on it immediately by asking “If the women wanted out, would you let them out?” to which the response was obviously “No.”

There is a much better response available, one that once again deflects to the inadequacies of the other candidates. Bloomberg’s response should have been “I know nobody else on stage has ever run a company, and certainly nobody else here has ever managed thousands of people before. Let me tell you something about running a business. I currently employ over 19,000 people. Over the last 38 years, I have employed hundreds of thousands. Unfortunately, with that amount of people, you are bound to have some in the company that are bad apples. For that reason, we make deals with people who are wronged so that the attention doesn’t reflect poorly on the business itself. So no, I will not release the women from their NDAs. I don’t want to hurt my business, and since they are NDAs, I can’t really comment on the contents of them either as I am bound by them as well.

“Now if you want to talk about shady ways that people in power treat their staff, let’s look at Congress today. How many people are employed by Congress? At any given time, there are about 6,000 Congressional staffers, and we know that there are settlements reached all the time with both male and female subordinates who were treated poorly. Of my five opponents, four have worked in Congress, and until those settlements are made public, there is nothing to be discussed here. In fact, one of my opponents is credibly accused of mistreatment of staff. What’s worse is that whenever Congress agrees to a settlement with a staffer, it’s the citizens of America who pay those settlements. At least when my company settles with employees, it comes out of the company’s bottom line. We don’t make others pay for our misdeeds. So, until you all are ready to release every single incident that has happened under your watch, and explain why it was so important to keep it under wraps until now, there is nothing to discuss here.”

Again, this attack deflects the issue onto almost all of his other opponents, and puts another moderate competitor, namely Amy Klobuchar, who has been accused of mistreating her staffers, in the hot seat. This is the kind of rhetoric Bloomberg needed to employ during that first debate. It’s not pretty, but it would have shown the Democratic electorate how well he could do against Donald Trump in a debate.

Everyone had to know this was coming. Bloomberg is spending a tremendous amount on his candidacy, and was definitely going to be called out on it, especially in a climate where having money is vilified. But to tell you the truth, Bloomberg did a good job of answering this. He didn’t apologize for having money, and he even called out Bernie Sanders for being the most well-known Socialist in the country, yet having three homes. I just wish he would have gone a little further. He could have called out Sanders for previously vilifying the millionaires and billionaires, but when he himself became a millionaire, he removed that category from vilification. If he wanted to go even further, he could have compared Sanders to famous Socialist and Communist leaders of the past, who preached the end of class order, yet lived in the lap of luxury while their followers suffered. It’s not too far off base, and I would have loved him for it, but that may have damaged him in the long run more than it would help. Sometimes in politics you have to hold truths in.

And that’s it. That’s how Bloomberg should have handled the attacks on him. Unfortunately, that first foray onto the debate stage was disastrous, and I don’t know if recovery is even a possibility for him at this point. Oh well. Good try, Mike. 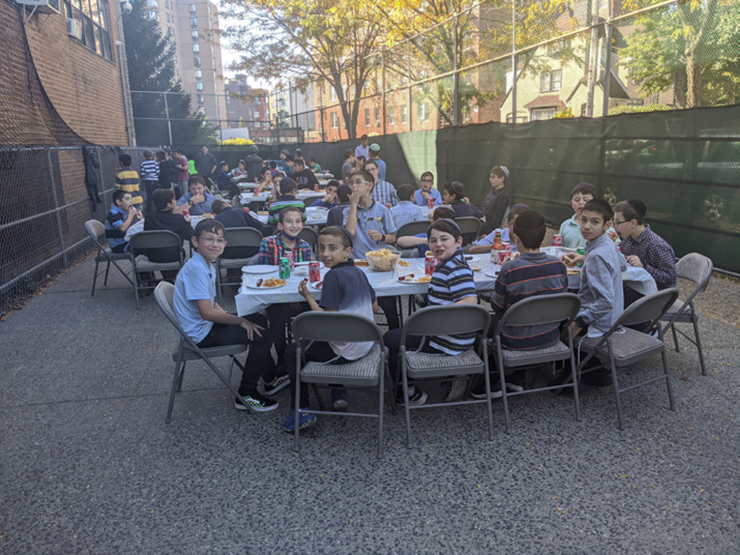 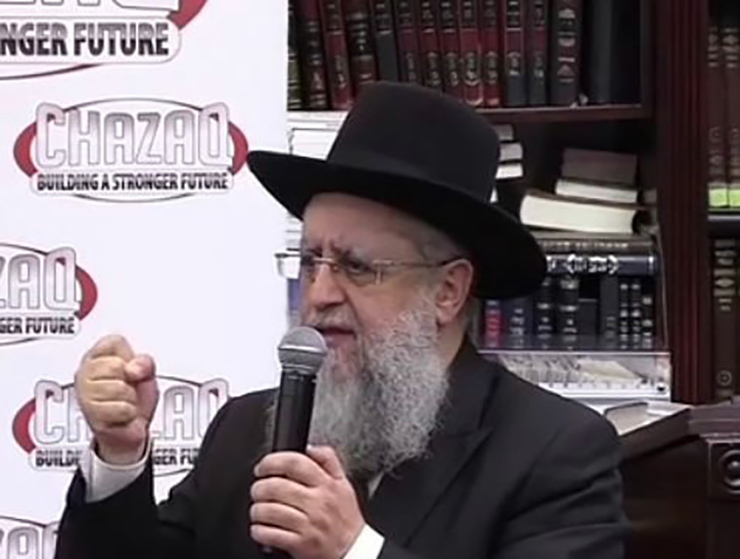 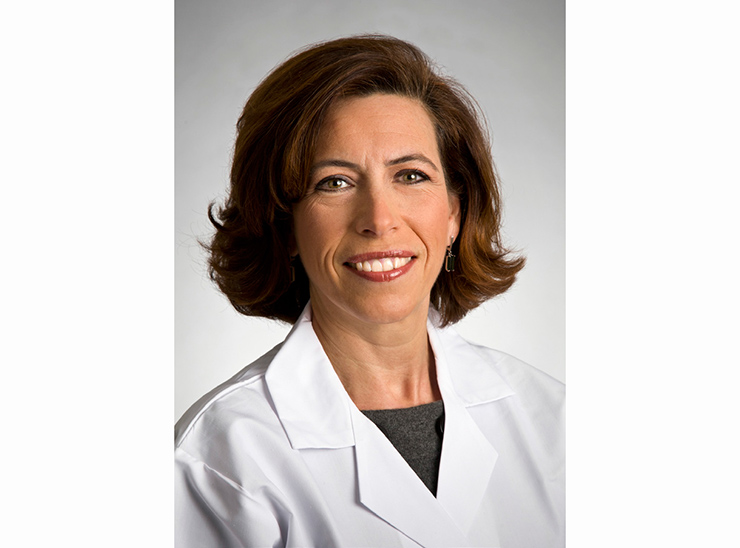