While Alexandria Ocasio-Cortez traipses around the country with her ideological mentor Bernie Sanders, lines are forming around the block with challengers to her congressional seat. On the Republican side, there are currently eight candidates who will battle it out to take her on in the General Election next November. However, two Democrats will try to knock her out of the race well before then. Fernando Cabrera, Councilman for the 14th District of the New York City Council, is one of those candidates.

Cabrera’s motivation for running for a congressional seat after nearly a decade in the New York City Council is AOC herself. “I had a lot of concerns,” he said in a phone interview. “The first one began with the Amazon deal where we lost 25,000 jobs, direct jobs, 100,000 indirect jobs, and $27 billion of tax revenue that was going to come to the city, which we’re so desperately in need of in light of the fact that we’re about to go into $100 billion debt in the city.”

Before she was even sworn into office, AOC was working against Amazon providing jobs to the constituents who elected her. When Amazon decided to pull out of the planned headquarters in Long Island City, AOC cheered. “Anything is possible,” she tweeted. “Today was the day a group of dedicated, everyday New Yorkers & their neighbors defeated Amazon’s corporate greed, its worker exploitation, and the power of the richest man in the world.”

Cabrera is also concerned about the socialist ideology that AOC is spreading around the country, especially to the younger generation. “I don’t want the next generation,” he said, “to have an idealism that is not workable.” This includes the Green New Deal, which “even her colleagues have turned down” (referring to the 57-0 Senate vote against the Green New Deal). “At the end of the day, it’s going to be self-destructive,” Cabrera said of socialism. “As we saw in many countries like Venezuela, where my grandmother is buried, and I saw the most prosperous country in South America become one of the poorest, and lost ten percent of the population of the country due to the dire economic needs.”

Cabrera was born in the Bronx to a Dominican father and a Puerto Rican mother. His grandmother lived in Venezuela, so his knowledge of its downfall is not something he picked up from a history book. “[Seeing] what happened in Venezuela was horrific. I mean, Caracas right now is the most dangerous city in the entire world. That didn’t happen during free enterprise; that happened under socialism.” This is the same socialism that AOC wants to push in the United States.

Cabrera is also concerned about the quality of life issues in Queens and the Bronx. “Crime is already rising [in Queens],” he said. “The constituent services have been dismal. In the Bronx, she doesn’t even have a congressional office, basically sending a message to Bronxenites that you really don’t matter.” While Ocasio-Cortez is traveling the country interviewing for a White House position for Bernie Sanders, her own constituents are being neglected. “She’s been MIA AOC,” Cabrera said. “We have somebody who has pursued personal ambition at the cost of her own district.”

Speaking directly to the Jewish community, Cabrera addresses AOC’s anti-Semitic and anti-Israel track record. Cabrera, who has worked with Christians United for Israel (CUFI) and the Consulate General’s Latino-Jewish relations team, has traveled to Israel seven times. AOC, famously, refused to go to Israel with over 70 other freshman Members of Congress (a traditional trip for all new members). AOC also does not sit down with Jewish groups in her district. Cabrera works with the members of the Jewish community in New York City.

While Councilman Cabrera certainly has the passion and motivation to take on Ocasio-Cortez, he is fighting an uphill battle. AOC has already raised $3.3 million for her reelection campaign, and is a favorite of the Democratic establishment. Cabrera doesn’t see that as a problem, though. “Crowley had a lot of money and he lost,’’ Cabrera said, referring to the 2018 incumbent Joseph Crowley. This is certainly true; Crowley had a $4-million war chest, almost double what AOC had at the time. Crowley also had other things going against him. Crowley was supposed to be Nancy Pelosi’s successor, so he wasn’t present in the district. “Ironically, AOC is doing the same thing,” says Cabrera. AOC also has a low approval rating in her own district, which could easily work against her in a primary.

Ocasio-Cortez clearly has higher political ambitions than a mere Congressional seat, but she must still run for reelection every two years. 2020 is the first real test if the poster child of the Democratic Party has any staying power amongst her own constituency. Fernando Cabrera is here to prove that she does not.

For more information on Fernando Cabrera, visit his website at www.CabreraforCongress.com. 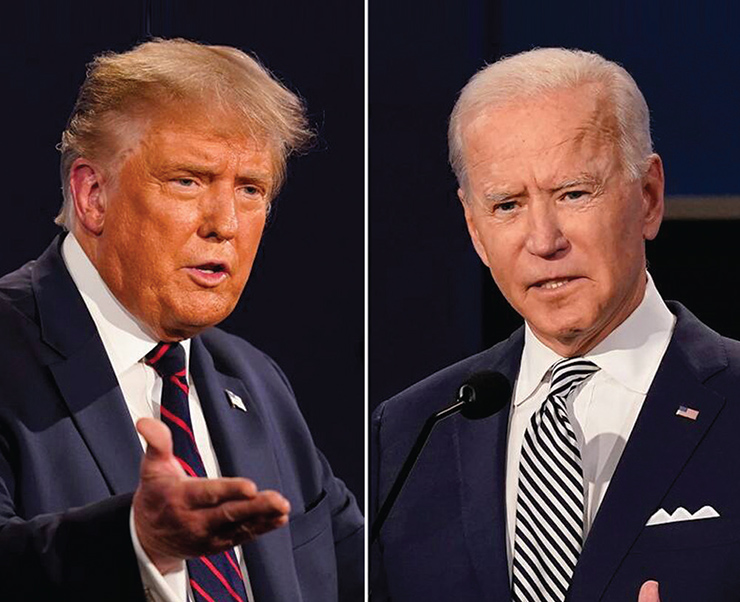