As an observer of human behavior – but not in a creepy way – I firmly believe that the best way to solve a lot of sholom bayis problems is to point out that it’s not just your own personal spouse who’s like that. A lot of times it turns out that that’s just how people of that gender are.  They’re not doing this behavior to annoy you – they’re just hard-wired that way.  And getting upset at them is like getting upset at a dog for not buying you flowers on your birthday. Sure, you can spend years training the dog to do it, but A: He definitely won’t do it if you don’t train him, and B: Even if you do train him, he’s still going to think that all the other dogs are going to look at him weird.

But if you talk to your other friends who have dogs, you’ll realize that as it turns out, most dogs can’t read a calendar. And they definitely can’t tell the difference between the various colors of flowers.  They mostly go by smell.

I’m not saying to suddenly start discussing all your issues with everyone else.  It’s possible there are some things that your spouse does that no one else does. After all, everyone has some weird thing that makes them special – Hashem created each person as a unique snowflake – and what if this is their thing? His unique snowflake thing is that he can’t find anything. And her unique snowflake thing is that 50% of the time she says, “You shouldn’t have assumed,” and 50% of the time she says, “You should have known without me having to tell you.”

But what if there were certain issues for which you found out that are not just your spouse who acts a certain way, but it’s all spouses?  Or most spouses.  And nobody talks about it because they’re each secretly afraid that it’s just their own spouse, so no one knows it’s everybody.  And what if you found out that there’s actually a legitimate reason for it?

Great idea, right?  But who wants to go first?

Anybody?  Show of hands?

Okay; since I’m the one who brought it up…

Let’s take the flowers thing.  Women don’t understand why a man will buy flowers only when his wife wants them. But the reason most men don’t think about flowers on their own is that men don’t understand flowers. To a man, what’s the point of flowers?  To cut down plants that we can’t even eat? His job is to put food on the table, not to put plants on the table. Should he buy them because they look pretty? That’s only for five minutes. Then they get old and die. Whereas if we don’t cut them off the ground and put them in a really tall cup, they look pretty for longer, no? It’s never going to look as good as it does when we first get it. When I buy flowers, I RUN home so my wife can see them before they start wilting. (I learned this from the first time I bought flowers for Shavuos, and I left them in the hot car while I did my grocery shopping. I think I baked them.) It’s like, “Quick, enjoy it! Before it dies!” We can do everything we want to flowers, but we’re just prolonging death. It’s not like a pet or a child, where we can be like, “Oh, it’s not happy; maybe we should feed it.” It just sits there, and then it dies. It’s like when you tell us, “Nothing is wrong,” so we do nothing about it and then you’re mad. Flowers basically say that nothing’s wrong. They’re just like women.

But that’s a smaller issue.  Here’s a bigger one: Women are always complaining that their husbands don’t have close friends. I don’t think I’ve made a real friend since yeshiva.  But men can’t sit around in groups of five and schmooze on a weekday morning like a lot of women can. If I spend two hours on a Wednesday talking to a neighbor, I’m not going to be able to afford to put plants on the table. Every conversation that I’ve ever been in with a group of men is about 70% people saying at random points, “I have to get home; my wife is waiting.”

Wherever we go, wherever we move, somehow my wife has friends. Whereas I have guys I see in shul. I’m like, “I saw Yehuda in shul today.” And my wife says, “Really? What did he say?” “Nothing. We were in shul.” “What about after davening?” “Nothing. I was like, ‘I have to get home. My wife’s waiting.’”

But meanwhile, it turns out that the women aren’t exactly wasting time either. As much as it looks like women’s shmoozing has no monetary value, they’re forging social relationships that men don’t have time to make.  When we made a bar mitzvah, my wife knew exactly who to call and how many bedrooms each person had available and who was going away that Shabbos and would be willing to give us their entire house.  Whereas I would have guessed who to ask based on the size of their house versus how many people live there. If a man was making a simchah and he needed to put people up at neighbors, there’s a limited number of people he could even ask. His first thought would be to call the local yeshivah and have all the men sleep there. And even if he would use friends, it would be all over town.  (“You’re staying at this guy -- it’s a 40-minute walk, but it’s mostly sidewalks. I know him from school. He’s very funny.”) Whereas women are close enough to ask everyone on their block. That’s what they do. They sit outside and find common ground with neighbors they would never think to hang out with otherwise.

“What are you mad about?”

“Nothing!  You should know!”

My point is that when she tells you to remember something for her, it’s not that you’re BOTH holding it in your brains.  You’re holding it for her.

Meanwhile if you give her something to remember, you’re totally out of place, because her brain is filled to capacity, because she’s holding everything in there.  She has to remember when each neighbor is not going to be home and how many bedrooms they have, and when they’re making their bar mitzvahs and how many bedrooms they need, and there’s also an extensive list somewhere in there of who is allergic to what. She doesn’t have room to hold your thing.  She has too many programs running at once.

Whereas every time she asks you what you’re thinking, you say, “Nothing.”  So here; hold this. Which brings us to a question that women have: How come sometimes when they ask their husband what he’s thinking about, he says he’s thinking about nothing?  How is that possible?

Well, let me assure you that it’s possible.  We’re not just saying that we’re thinking of “nothing” the same way that you say that you’re mad about “nothing.”  The truth is that a man’s mind just doesn’t go in as many different directions at once.  It hyper-focuses on one thing, and then another, and so on.

I think a woman’s mind can be compared to a flower, growing out beautifully in several directions until it eventually loses its petals because somebody decided to cut it off the ground, while a man has a literal train of thought, barreling forward and rolling over everything in its path, and if you derail it while it’s in motion, people die.  This is why, for every girl who loves flowers, there’s a boy who loves trains.

But a train track runs in one direction, which is why men tackle issues one at a time, as they get to them -- like at stations, where the train stops, everyone gets off, and then a huge crowd of new people get on, sometimes with one of those Japanese pusher guys shoving in as many people as possible.  This is why men sometimes “forget” their anniversaries.  They’re not forgetting them; they’re just not thinking about them until they’re up to that station, which is why they tend to devote the same one day to celebrating their anniversary and buying an anniversary present.  And it’s also why they don’t realize that a conversation about who’s sending kids to Eretz Yisroel in September could turn into who has a spare bedroom to lend out in February.

The point is, though, that if your brain runs like a train, there are going to be moments when there’s no one on the train – where you’re at the stop and everyone on it has gotten off and the new people are about to get on.  And in that moment, we’re thinking about nothing.

In fact, it’s possible that you asking us what we’re thinking about caused the train to hit a wall, and everyone went flying.

What were we talking about? 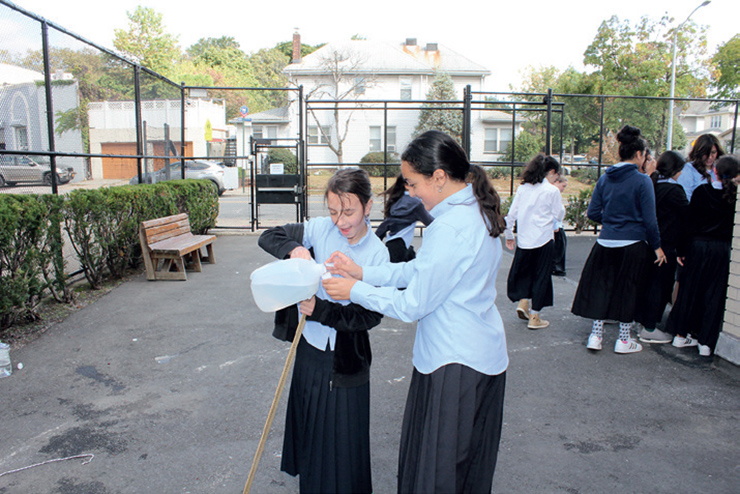 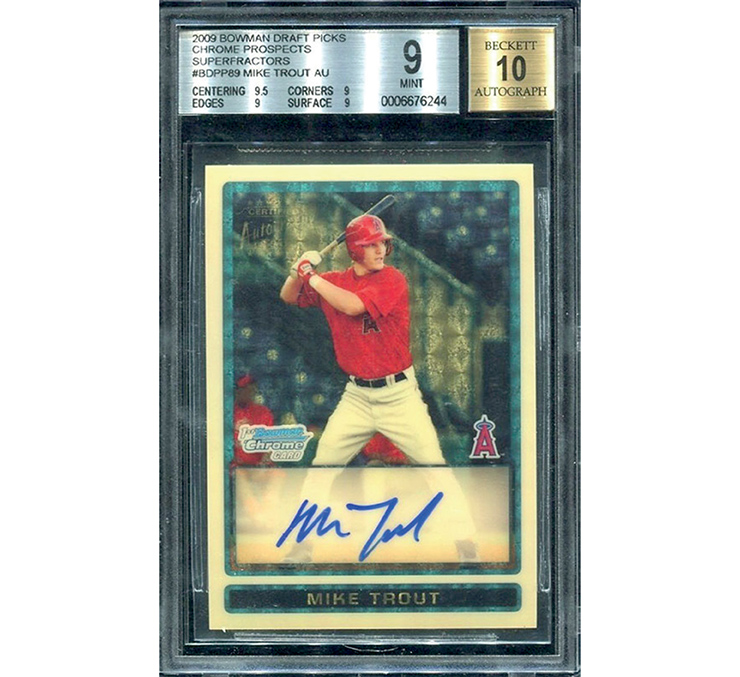 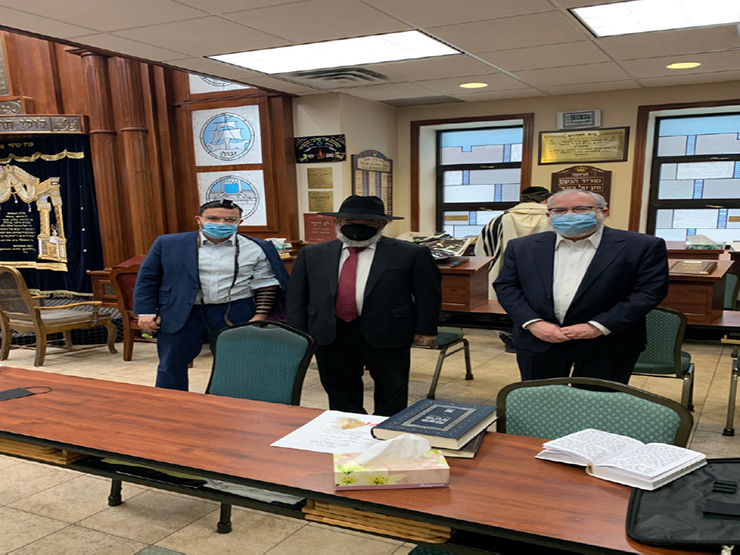