With the Electors in each state casting their votes, it seems that Joe Biden will be inaugurated President on January 20. This is truly unfortunate for the nation and the world, as President Trump’s foreign and domestic policies have yielded some of the most accomplished - albeit unconventional - four years in the White House in decades.  This, and other reasons, are why so many are still clinging to hope that a constitutional loophole can be found to keep Trump in office.

Make no mistake about it: This election was stolen - but not in any way that can be legally overturned.  Biden barely stuck his head out of the basement, but he didn’t need to. The election was won for him by three culprits: the media and Big Tech, the states, and the poll workers.

First, the media and Big Tech, which ran Biden’s campaign for him.  Not only did they spend the entirety of the Trump presidency covering the administration overwhelmingly negatively (over 90% negative coverage on “objective” sources), they actively suppressed negative stories about Biden.  The first and most obvious example is Hunter Biden, Joe’s son and the recipient of millions of foreign dollars trading on his father’s name.  When the New York Post broke the story about Hunter, Twitter blocked its account and didn’t allow any tweet of the story.  Facebook suppressed dissemination of the link “pending a fact check.”  The media ran with the story that this was “Russian disinformation.” Now that the election is over, the media can cover Hunter’s sins.

Another major story that saw little daylight was the accusations from Tara Reade, the former Biden staffer.  Without getting into the details, Reade provided far more corroborating evidence of her accusations than Christine Blasey Ford did against then-Supreme Court nominee Brett Kavanaugh, yet it was a month before any major media outlet published the accusation, only to portray it as a “questionable story.” The “60 Minutes” interview that Reade did only aired in Australia.  This is the same media that declared Michael Avenatti a contender for the Democratic nomination because he represented Stormy Daniels.

The media and Big Tech also refused to cover Trump’s massive successes in the months leading up to the election, namely the Middle East peace deals and Operation Warp Speed. The peace deals between Israel and the UAE, Bahrain, and other countries are far more historic than Biden getting elected, yet it is Biden and Harris who were named Time Magazine’s “Person of the Year.”  It would surprise no one on the right side of the political aisle if Trump is snubbed for the Nobel Peace Prize.

As for Operation Warp Speed, the media scoffed at Trump when he declared that a vaccine would be available by the end of the year.  Over and over, the talking heads at NBC, ABC, CBS CNN, MSNBC, and many other networks and publications declared that it would take a “miracle” for a vaccine to be developed by the end of the year.  As late as November 2, a day before the election, Aaron Rupar from left-wing Vox said, “Trump is now promising that the coronavirus vaccine will be available in ‘a couple of weeks,’ which is the surest indication yet that we’re not close.”  All of this coverage amounts to a massive in-kind contribution to the Biden campaign.

Then there are the shady electoral practices done by four swing states, detailed out in the lawsuit that Texas filed, but rejected by the Supreme Court due to lack of “standing.”  In short, states unconstitutionally changed their own rules on mail-in ballots because of COVID.  We are a nation of laws, and an election is only legal because of those laws. If Trump received 100 million votes on a Twitter poll to be re-elected, that wouldn’t mean anything because that’s not a lawful election. Same should go for the laws in these states; their electoral process was not legal. Nonetheless, the Court said that Texas cannot sue other states for the laws in those states.

So now there are a massive number of ballots that came into states to be counted - over 80 million around the country.  To count them all, according to witness testimony, ballot counters were told to accept ballots regardless of signature match or if they were properly filled out.  This led to a far smaller ballot rejection rate than we’ve seen in recent elections.  In some cases, a ballot received in 2018 was 30 times more likely to be rejected than one received in 2020.  Since the margin of victory in multiple states was less than one percent, most of the mail-in votes went to Biden, and rejection rate was abnormally small, the lax ballot counting rules could have easily swung this election.

None of this is to say that Joe Biden won’t be the legally-elected president come Inauguration Day. He will.  It is to say that an uninformed electorate, states playing with their voting laws, and a lenient counting process all combined to pave the way for the crime of the century: a legal election of a president.  It shouldn’t surprise anyone that millions of Trump voters are in disbelief. 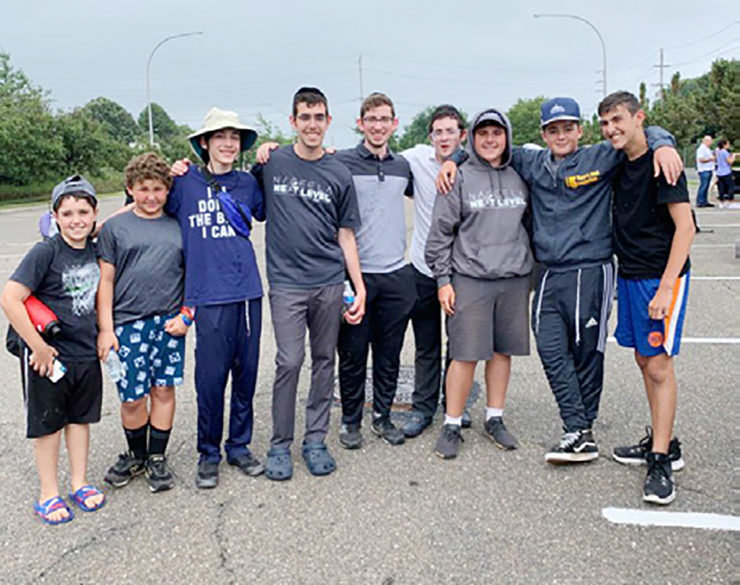