The following letter is from a friend of a single young woman. The woman wants to help her single friend but doesn’t know how, because, in her opinion (and in others’), it’s her friend’s personality that will chase off the young men she will date. How can you tell someone that her personality is off-putting or annoying? In instances such as these, I feel that you can do your best; but unless the person admits that there may be an issue, there isn’t much you can do. Only arguments and rifts in friendships can result in telling a friend that he/she doesn’t have any social etiquette and comes across way too strong. Like it or not, in these types of situations, you have to be the parent letting the child fall while learning to ride a two-wheeler. They need to figure things out for themselves, and the hard way may be the only way for them to do it. But then again, the single friend doesn’t think that her personality or anything else about her needs tweaking. Don’t worry, dear friends: She too will stand under the chupah one day, b’ezras Hashem, with a chasan who may be just like her, or who accepts her for whom and what she is. I think that it is wonderful that the friend wants to help, but sometimes you just must let it go.

I have a friend whom I will refer to as Chaya. I’ve always known that we were two very different types of people with different personalities. My mother says that Chaya has some “social awkwardness in her.” I think it goes beyond that. Every time Chaya is part of a group discussion, she speaks out of turn and insists that her opinion is the right one. Chaya’s mind is everywhere; she is always thinking and talking about five things at once, even when it has nothing to do with what we are talking about. She isn’t aware of social boundaries and invades personal space. When I try to point out some of these things to Chaya, she says that I’m the crazy one and then leaves or hangs up the phone in a huff. I guess you can say that Chaya is a sensitive, emotional person.

Chaya is a lot to handle, but of course she doesn’t see it like that; according to her, things happen to her and she is never part of the cause. She was just fired from her “new job” of two months because she didn’t like the way her boss was talking to her or giving her a list of tasks to do while the boss sat in the office “not doing anything.” When I tried explaining that she was hired as an assistant, and her job was to assist, and what she was saying didn’t sound all that bad, Chaya went off on me. She said that I didn’t understand that the boss wasn’t treating her like a person, just like a robot. Chaya complained to her boss and then to her boss’ supervisor that she was being treated like “a sub-human.” Oyyyy. She actually said that. I have worked for the past three years at the same office. I don’t always like the attitude of my co-workers or my manager, who is usually very nice but does get into a bad mood sometimes and may bark an order at me or ask why I didn’t complete a task, even if the deadline hasn’t passed. But I understand that this is the way it works – a mix of personalities trying to get the job done. Chaya doesn’t get it. I’ve come to know her family pretty well and Chaya’s mother has a similar personality as Chaya’s, so I don’t think Chaya is even aware of how her friends (and others) view her, because this is what she sees at home.

I’m not here to ask about friend advice, I am asking for how to help my friend in the shidduch world. Chaya is 21 and started seeing shadchanim. She has yet to go on her first date. Truthfully, I don’t think Chaya is mature enough to begin dating or even thinking of sharing her life with someone.

The other day, Chaya called to complain about a shadchan she had just met. She was angry, almost yelling, and said that this shadchan was just like the others. I asked her to explain what this shadchan (and other shadchanim) said to her, causing her to react this way. Chaya spoke so fast and went from tangent to tangent that I was having some trouble piecing together what happened, but I think I now understand. I think that when Chaya meets with a shadchan, she tells them what type of guy she is looking for. That’s not odd, right? We all do that. But I think Chaya tells them what she is looking for and she is insistent that she is not willing to compromise on any of her terms. From what she said, it sounded like she goes into the meeting trying to take control.

I’ve met a handful of shadchanim. All have been nice and have a list of questions: They ask about what I’m looking for and what type of person I am, so they can get a better picture of the type of guy I want to marry. It sounds like Chaya goes in, guns blazing, telling them that she wants A, B, C, and D. She overwhelms and overpowers them. From the get-go, Chaya may seem very difficult to get along with, so why should they bother setting her up? The reason why Chaya called me was to say that shadchanim don’t understand her; and when they begin making suggestions to her, she tells them that they haven’t been listening because the guys they suggest don’t meet all of her requirements. I told her they are “preferences,” but she keeps saying requirements. She doesn’t understand that she won’t find the cookie-cutter guy she wants (truthfully after hearing the list, I don’t know if he even exists). Chaya said that she has turned down everyone ever suggested to her and doesn’t even want to meet a guy for an hour. “Why waste my time? He isn’t what I want. I’ll use that time another way and wait for the next guy.” I’m also afraid that when Chaya does go out, one of her less than stellar personality traits, or possibly many of them, will come out and the guy may never want to see her again.

I spoke with another good friend of ours asking for help, because I don’t want Chaya to be her own worst enemy in the parshah when she doesn’t even know the damage she may be doing. Our friend said that she tried to speak with Chaya about this a couple of times, but all fell on deaf ears. We want to help Chaya, but what can we say? She really needs to cool it, take a breath, maybe even a “chill pill.” She comes on too strong in every aspect of her life, and because she has never been corrected at home, it’s become who she is. I am scared to even imagine her on a date. What can I do?

Batya, thank you for your email and for caring enough about Chaya that you are seeking out help. It speaks to what kind of a friend you are.

If what you say is true – that Chaya is “socially awkward” and doesn’t understand or abide by social and societal cues, because her mother may seem to have the same personality and has never been corrected – it makes this all the more harder. But if Chaya hasn’t picked up on any of what you and your other friends have been telling her over the years in regard to her behavior, or tried to change some of her ways, then there isn’t much that you can do now.

I think I know someone similar to Chaya, from the description you provided. This person, while I thought was odd, found a niche of people just like her. They shared similar personality traits and were happy amongst themselves. This young woman married someone whom she met on a Shabbaton of similar like-mindedness, and they have been married for quite a number of years.

I understand that you and others want to help because, for lack of a better word, you don’t think Chaya is “normal” – like the rest of you feel you are – but who can define what’s normal, especially in the times we are living in? You may think you and your other friends act in accordance with social norms and cues, but really who is to judge that your (or anybody’s) definition of “normal” is correct? I feel that you and the other friend have done what you can, trying to talk with Chaya in a non-confrontational way and possibly hinting or maybe outright telling her what parts of her personality may be off-putting to those who don’t know her. But at the end of the day, if Chaya does not feel that anything is wrong with her and nothing needs to change, she won’t make the changes. It’s a different matter if Chaya wants to change and doesn’t know how, or does not have a role model to emulate. But this isn’t the case.

I know the feeling of wanting to shake someone by the shoulders and yell, “What’s the matter with you? Can’t you see that what you are doing is hurting yourself in the long run?” But we can’t do that. You have tried with another friend and nothing was able to convince Chaya to change. Chaya and your other friend have tried, as well, on more than one occasion without any luck, as you said she is a sensitive, emotional person. But who says that Chaya wants to change. I think you may be forgetting that. Different personalities and opinions make the world go round; just turn on a cable news channel, watch for ten minutes, and see if you agree with everything that host says. You may not – and that’s fine.

Like every mother and grandmother has said, “Every pot has its cover.” Chaya will find her bashert, too. She may have to look a little harder and longer in the cabinet for him, or not – but he’s there. Chaya may also want to consider meeting shadchanim who may have more experience dealing with those with eccentric personality traits.

What I do know is that Chaya is very lucky to have a friend like you who cares so much about her that she wrote to a dating columnist. Just continue being her friend and try not to change Chaya or tell her that she will end up alone because of who she is. But if you find an opening down the road when Chaya does ask for advice, be there and give it in a gentle, loving way. If you come on too strong, as you claim Chaya has a habit of, you may end up with a severed friendship. Remember, you can’t help those who don’t want to be helped, and knowing there is a problem is the first step to trying to fix it – only the first analogy applies here. Yes, the shidduch world can be a cruel and unforgiving place. But Chaya has to try to navigate her own way in order to find her true bashert. 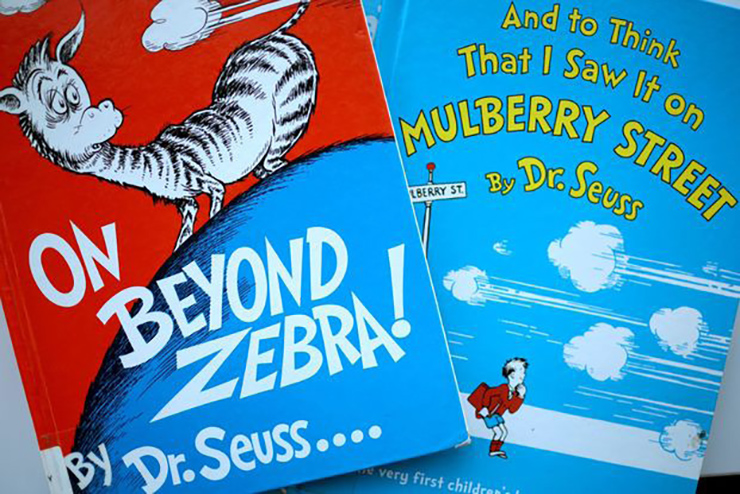 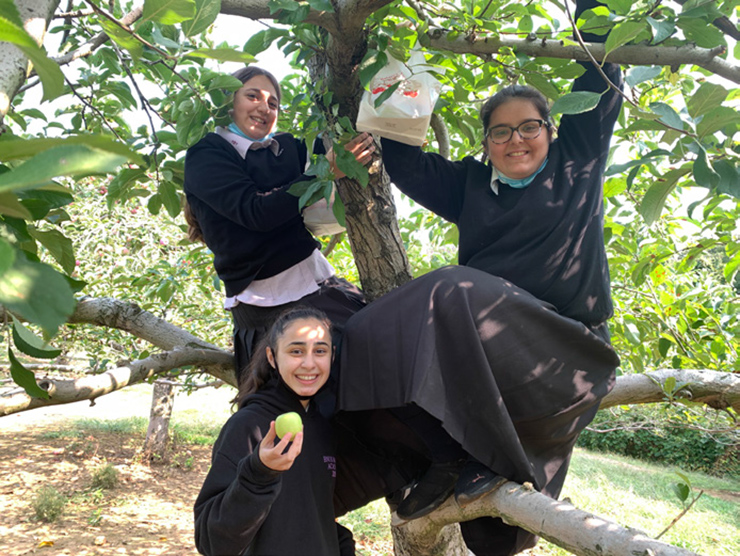