On Tuesday, November 5, New Yorkers will once again return to the polling booths to cast their votes in this year’s general election. It is imperative that our community remember to show our strength in numbers and make our voices heard by coming out to vote for Melinda Katz for District Attorney.

As the chief law enforcement officer in our borough, the District Attorney ensures that New Yorkers have a safe place to raise their families. The DA’s office is also tasked with prosecuting hate crimes, a fact that is becoming unfortunately relevant for Jewish families in our city. As the number of anti-Semitic crimes and incidents skyrocketed in the last year, it is important that we have a District Attorney who takes these threats seriously. Melinda Katz has proven herself to be a strong ally of the Jewish community. With over 20 years in public service, she has stood by the community and worked to understand our needs. As an effective leader, Melinda Katz is the right choice for Queens District Attorney.

This year, the New York City Charter has also introduced five ballot proposals that effect real change in the day-to-day governance of New York City. There are over 18 proposals that have been categorically organized into five separate questions. Please remember to flip your ballot and vote on all five measures this year, as well.

This conversation cannot start and end with our Twitter feeds or at the dinner table. To ensure that we have an effective District Attorney who will hear our concerns, please remember to go out and vote on Tuesday, November 5!

Warren, if I didn’t know you better, I would believe that you want President Trump to abandon Israel just so you can say what a horrible man he is!

Our “dear” previous president was clearly anti-Israel in every which way. So please enjoy a friend of Israel in Donald Trump and don’t jump to unfounded conclusions that his support of Israel isn’t genuine!

How Governor Cuomo finds funding to finance his $100 million worth of transportation projects should be of concern to taxpayers as the bills are coming due. To pay back the $1.6 billion federal loan and $1 billion State Thruway Authority Bond that financed the $3.9 billion Tappan Zee Bridge, along with several hundred million in contractor final bills, tolls starting in 2020 may have to double. They will grow even more over time.

The MTA paid for Positive Train Control on the Long Island and Metro North Rail Roads by a $967.1 million Railroad Rehabilitation Improvement Financing loan from the Federal Rail Road Administration. It is a 22-year loan at 2.4 percent interest. The loan will have to be paid back over future MTA Five-Year Capital Plans.

The MTA had to borrow most of the $3 billion to pay for $2.6 billion LIRR Main Line Third Track and $6.9 billion Second Avenue Subway Phase 2, increasing its 2015-2019 Five-Year Capital Plan from $29 to $32 billion. Cuomo still owes the MTA $5.8 of his promised $8.3 billion contribution to help finance the current $32 billion MTA Capital Plan.

The Governor would pay for his 25 percent share of the $12 billion no frills which would be $3 billion or full $29 billion Gateway Tunnel project, which would be $7.25 billion via a Federal loan.

When it comes to paying for all his $100 billion worth of transportation promises, Cuomo reminds me of Wimpy, who said, “I’ll gladly pay you Tuesday for a hamburger today.” Wimpy always paid up the following Tuesday. Taxpayers and MTA riders will deal with higher fares, taxes, more debt, and borrowing in coming years to cover the costs for all of his transportation improvements. Cuomo doesn’t believe in pay as you go, balanced, or transparent budgets.

It takes an awful lot of nerve for President Trump, the Republican Party, and the conservative news media to constantly accuse Democrats of having conspiracies against Trump when the actual truth of the matter is that there is a real secret-conspiracy of very wealthy individuals (led by the Kochs), the Republican Party, the conservative news media, conservative think-tanks (which are really right-wing propaganda factories), and other organizations to abolish all of the federal government social programs that help the lower and middle classes and establish a “Survival-of-the-Fittest” Social Darwinism in the USA. Their ultimate goal and wish is to abolish programs such as Medicare, Medicaid, Food Stamps, College Student Loans, and Unemployment Insurance Benefits.

But the program that they hate the most and most want to abolish is Social Security. Those right-wingers out there who will accuse me of “lying” about this and of “making it all up” really should read the book that does the best job of detailing all of this secret right-wing conspiracy. It was written by Jane Mayer. Its title is “Dark Money: The Hidden History of the Billionaires Behind the Rise of the Radical Right.” This book was selected by The New York Times as one of the ten best books of 2018, and, to my knowledge, no one has ever been able to successfully refute anything that she says in her book. Every American should read this book.

Trump’s Action In Syria
Was Morally Reprehensible And Strategically Blunderous

For years I’ve been saying and believing that Trump is just rough around the edges and gives the Liberals a hard time with his tactics, such as saying that Obama wasn’t born in Hawaii or that Trump had the biggest crowd size at his inauguration. These things are con games but on a relatively benign level. Of course, the Left was totally wrong with Charlottesville when they revised history to say that he didn’t condemn Nazis and White Nationalists, because he clearly did. The Left went apoplectic when Trump wouldn’t admonish Putin in public due to the “meddling” in the 2016 election. If meddling is creating dopey Facebook campaigns and tricking the DNC to give up their passwords, then we have only ourselves to blame for this meddling. When the Left says that our country was attacked with Russia’s meddling, my mind has a hard time matching it up with a real attack, such as Pearl Harbor or 911.

However, what Trump did in Syria by pulling out a meager force of 50 troops that were not in combat but merely keeping a peace between Turkey and the Kurds and thereby allowing a massacre of hundreds of Kurds, including civilians, is deeply disturbing. In all of the fight against ISIS in Syria, the US lost a mere eight troops. The Kurds lost 11,000 men and women because they did the ground game, fighting with ISIS, while the US supplied them with arms and gave them air cover.

Turkey has had a longstanding fight with the PKK, the Turkish Kurds in their own country that has lasted decades. Even though 20 years ago there were ties between the PKK and the YPGs, the Syrian Kurdish fighting force, it has not manifested for two decades. Turkey is just associating the PKK, admittedly a terrorist group in Turkey, with the fighting Kurds in Syria who were so able and with dedication, to ally with the US to deliver such a stunning defeat to the ISIS fighters.

The US has troops stationed around the world (in the Middle East alone 60,000 to 70,000) and 800 military bases around the world. Conventional wisdom is that Turkey would not have attacked the US troops standing between them and the Syrian Kurds. If Turkey was really poised to attack our troops, wouldn’t it behoove our President to call an emergency meeting of NATO countries and call an emergency meeting of the UN to draw attention to this alarming situation? Why did Trump say that it’s good when groups fight a little bit, comparing the slaughter by Turkish bombing of hundreds of Kurds to a fight in a playground when you let kids fight a little bit and then you separate them. How would Trump have felt if his family was bombed, G-d forbid, in such a “playground” skirmish? What about the 170,000 Kurds who fled the “safe zone” and are now in refugee camps? Is that also a good byproduct of a playground-type skirmish? Who will help us with ISIS if – or shall I say when – they become a problem again? It’s been reported that hundreds of ISIS fighters or sympathizers have fled from prisons that were bombed by Turkey. The Kurds are now engaged and preoccupied with Turkey and cannot be dedicated to fighting or containing ISIS, and why would they want to help us again anyway?

It could very well be that all of the attacks of the Left have driven Trump to lose his humanity; but if that’s what happened, then there’s no excuse for that either. His latest scandal of holding back military aide to Ukraine until they say that they will investigate the 2016 meddling – or the corruption of Biden’s son’s dealing in a gas company – is also very morally indefensible in that Ukraine was relying on that military aid to protect themselves from the attacking Russian forces.

The Syrian Kurds had no civil rights under Bashar al-Assad, and now they are being ethnically cleansed by Turkey to its north. To say that the Syrian Kurds are terrorists is factually wrong and bigoted, by connecting them to the actions of their neighboring tribesmen. This is comparable to saying that if some Muslims are terrorists that all Muslims are terrorists, that if some Jews are involved with white collar crime that all Jews are that way, that if some African Americans are criminals then they are all criminals. Nowhere in civilized society do we allow such guilt by association, yet the animal leader from Turkey is allowed to act on such bigotry, and Trump is getting out of his way to enable him to commit war crimes with a band of terrorist fighters of his own.

I was a strong Trump supporter, but I agree with Warren Hecht. If Trump did this to the Kurds, who were such a loyal and instrumental fighting force against ISIS, and yet Trump says that he defeated ISIS and won’t acknowledge what the Kurds did, who is to say that if Saudi Arabia and Iran finally come to some peace agreement but said that Trump has to sacrifice his allegiance with Israel, that he wouldn’t do that?

It hurts me to say this, but after seeing this type of sociopathy from Trump, both from the Ukrainian scandal but especially from this morally reprehensible act in Syria, that I am now poised to vote for Joe Biden if he is the nominee from the Democratic Party. 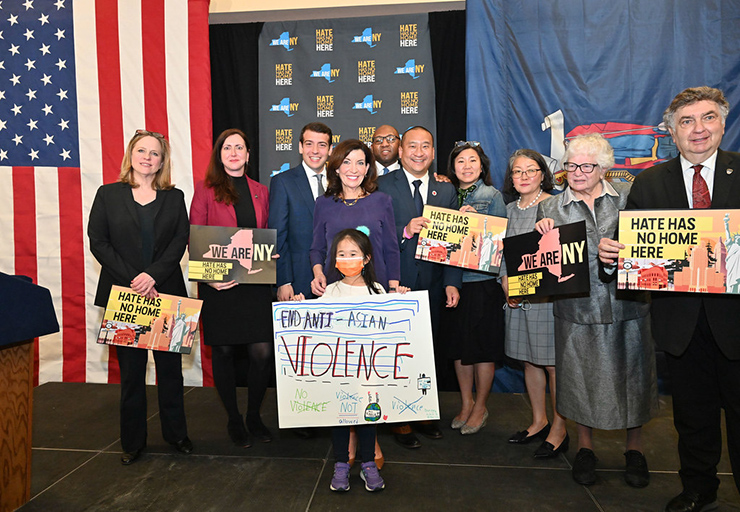