When I was in college, the Vietnam War was occupying the bulk of my emotional resources. Nixon was president, and he instituted a lottery system so that one would know the likelihood of being selected for the draft. My number was 65 out of 365 so it was either medical school or the front lines for me. I was pleased to have the medical school deferment and hoped to serve in a MASH unit once my training was completed. Fortunately, the war ended and the closest I came to a battle zone was the clinical training I received in Brooklyn during the AIDS crisis. That is, until this last year.

When the coronavirus first came out, it was devastating. Most doctor’s offices decided to close to all but telehealth. We decided to continue to attend to the patients, both by telehealth and, because it was needed, in person as well. At the beginning, we had inadequate protective gear, and many of us became ill, but this is what we signed up for when we went into medicine and we were front-liners.

As a result, many lives were saved, and I came out (fortunately alive) with an enormous appreciation for my fellow workers at every level.

The members of NORPAC are also front-liners. Anti-Semitism is the last acceptable form of racism worldwide. Unfortunately, it is tolerated politically and we see it on a daily basis. Bigoted Members of Congress, proponents of BDS who should be booted out of Congress, have been promoted to Chairmanships. On top of this, Iran is so unconcerned with the world body acting against it, they are enriching Uranium to 60%, which has no purpose other than to make a nuclear bomb. Acting out of its jurisdiction in a way unique to Israel, the ICC (International Criminal Court) has moved forward in an effort to make Israel a war criminal state. World Jewry has its own equivalent pandemic, and we need our front-liners now!

With so much activity paused over the last year, we have gotten used to being observers. The war on US-Israel relations has been ongoing and we need to renew our advocacy work.

We are asking you to join us this year, to sign up for the NORPAC Mission to Washington and, once again, “Make the case for Israel” to the leaders of our country. The Virtual Mission is May 3-6 and you can take the meetings that are more convenient for you over that period to eliminate or minimize lost work hours.

When it comes to building a relationship, nothing beats being there in person. However, times are changing, and certainly this year (with the congressional offices all being remote at present), the Members of Congress have requested that we shift to videoconferencing in order to continue our dialogue and friendships. This is how other advocacy organizations are getting “face time” with the Senate and House of Representatives this year, as well. While not ideal, it is as good as it gets right now, and our experience with Zoom fundraisers shows that it is effective in getting the message across.

The signup fee is by family to cover some of the increased technical and staff costs related to this new format. Rabbis participate gratis, and students are subsidized. In fact, the entire mission is subsidized, but we make arrangements so no one is denied due to cost.

NORPAC is an almost completely volunteer-driven organization with minimal staff, and all are devoted to fostering the US-Israel relationship. We need your time and effort to speak with the Members of Congress. There are 70 new Members who need to learn our issues, and the longer-serving members need to hear from us, as well. No other group has been as effective in presenting these issues. Please throw your hat in the ring again this year. We can ill afford to sit this one out.

You can sign up at norpac.net. Please do it today.

Congressmember Nadler Is Not Kosher For Jewish And Non Jewish Voters

House Judiciary Committee Chairman Jerry Nadler’s support for reparations to descendents of slaves from before the Civil War makes no sense. It comes just days after announcing his support for expanding the Supreme Court from nine to 13 members, known as court packing. The late justice Ruth Bader Ginsburg and many current serving justices, including Justice Stephen Breyer, publicly oppose this concept. Former President Franklin D. Roosevelt tried this in the 1930s. It was soundly defeated then and should suffer the same fate today.

Congressmember Nadler has moved from a traditional New York Manhattan Westside liberal in the tradition of late Congressmember Bella Abzug to an out-of-touch radical socialist. He has more in common with the extreme left positions advocated by Congressmember Alexandria Ocasio-Cortez (AOC) than the majority of constituents he represented. Here’s the proof. These are Nadler’s own words when supporting Rep. Sheila Jackson Lee (D-Texas) when she reintroduced this legislation earlier this year. It was originally proposed in 1989 by the late Democratic Rep. John Conyers of Michigan, H.R. 40. “This legislation is long overdue,” “H.R. 40 is intended to begin a national conversation about how to confront the brutal mistreatment of African Americans during chattel slavery, Jim Crow segregation, and the enduring structural racism that remains endemic to our society today.”

There are more important problems to deal with now than Congress creating a commission to determine if Uncle Sam should pay reparations to descendants of enslaved peoples. Many generations later, how could anyone possibly determine who will receive how much money for 40 million African American citizens alive today. Some estimate that the cost of reparations could run into the trillions. How could Uncle Sam possible find the money to pay? Our national debt now stands at $29 trillion. It will grow by trillions more in coming years.

My Jewish ancestors were not in America then. They were too busy running away from the Cossacks and the pogroms.

Several African American generations have benefited and grown over the past 56 years, since the passage of the 1964 Civil Rights Act. It is time to move on rather than go back over 156 years to relitigate slavery.

President Biden, Senator Majority leader Schumer, and House Speaker Pelosi promised to unite our nation. Nadler’s support for reparations will only serve to further divide our nation into warring tribes. Congressmember Nadler has become treif for Jewish voters. He doesn’t deserve a financial campaign contribution or your vote when running for another term in 2022. Diogenes is looking for a mainstream, moderate candidate to run against him in the Democratic Party 2022 Primary election.

(FOX NEWS)—Ben and Jerry’s will discontinue vanilla-flavored ice cream to fight white supremacy, according to reports. The company’s decision will take effect by the end of the week.

“We take the scourge of whiteness and white supremacy very seriously,” a representative for the company said in a statement. “Vanilla was a creation of white supremacists to oppress the chocolate community, which continues till this day. We stand in solidarity with the chocolate community in denouncing all forms of racist oppression. Discontinuing vanilla is the right thing to do.”

Ben & Jerry’s also floated the idea of reparations to the chocolate community, which gained support among progressive Democrats in Congress.

“America is an unequivocally pro-vanilla, anti-chocolate country,” Rep. Rashida Tlaib (MI) said. “Hundreds of years of systemic oppression against chocolate that’s been a stain on our history. But we can atone for our past sins. And I think reparations for the chocolate community is a great step in the right direction. I’m calling on my colleagues to support this important cause.”

Tlaib later added that reparations would also apply to the trans-chocolate community, as well – those who are biologically vanilla but self-identify as chocolate.

I’m writing to correct an inaccuracy in Warren Hecht’s article about boycotts in last week’s Queens Jewish Link. He mentions that Marty Glickman boycotted the 1936 Olympics because they were held in Berlin. That is not accurate. He was a sprinter for the 1936 US Olympic team and he was supposed to be one of the four men in the 4x100 meter relay, which the US was expected to win.

A teammate of his was Sam Stoller, also a Jew. But Avery Brundage, a vicious anti-Semite, was head of the US Olympic Committee, and rather than risking upsetting Adolf Hitler ym”sh by having Jews on the gold metal platform, he removed the two Jews (Glickman and Stoller) and replaced them with other sprinters, one of whom was Jesse Owens, who then went on to collect his fourth Gold Medal of those games. Apparently, Black champions wouldn’t have been as bad as Jewish ones to the Nazis.

As a side note, Brundage was head of the International Olympic Committee in 1972, when the Israeli athletes were murdered in Munich (interestingly, also in Germany), and he chose to go on with those Olympics, rather than cancel them. Sam Stoller died in 1985. Marty Glickman went on to have a distinguished radio broadcasting career, being the voice of the Knicks, New York Giants (football) and Jets, and Yonkers raceway. He was voted in to the NBA Hall of Fame as a broadcaster. He died in 2001.

Regarding the Letter to the Editor by Larry Penner on Andrew Giuliani possibly running for Governor, who is Larry Penner to pass judgment on a private citizen’s right to run for office? Where does he get the unbridled, unmitigated gall to call it a joke? Unless the rules have changed, I didn’t realize that being the son of a former Mayor or not building a business disqualified one for running for Governor.

I don’t know about the author, but I’ve always evaluated a candidate objectively: debate performance, stance on issues (especially COVID relief). Do I agree with at least 51% of what he says?

I also didn’t know that the author appears to have a psychic link with all the registered Republicans in the state and he knows none of them will vote for Giuliani.

I was surprised by several things that I read in Rabbi Schonfeld’s column, “Validate Culture.”

First of all, Jews definitely boycotted Ford automobiles after Ford republished The Protocols of the Elders of Zion. Unfortunately, the only thing that caused Ford to retract (insincerely) was a libel suit, which he had to settle by agreeing to retract his publication.

As for Lindbergh, his pro-Nazi views were extreme and Jews loathed him, but there was no way that he could be boycotted. Fortunately, FDR “canceled” him by refusing him a commission in the Army during World War II to prevent him from becoming a hero who might run for president. (Two facts will illustrate just how evil he was. After Pearl Harbor, the (first) “America First” movement, of which he was a leader, was forced into silence. But, at a private meeting of its leaders, he expressed the hope that America would be overwhelmed by Germany, at which point the “America First” people should press for a negotiated peace. And, in the last few years, it has come to light that Lindbergh was so convinced of Nordic superiority that he made a point of fathering a number of children by several Nordic mistresses.”

I have a question for Rabbi Schonfeld: If Theodor Geisel (Dr. Seuss) had depicted a Jew with hooked nose, pei’os, and kaftan in a disparaging manner in one of his books, would he have been silent? In fact, he did do that sort of thing to Japanese and Chinese people. He later regretted this, and his family, to honor his memory correctly, decided that they would withdraw a few of his many books. I don’t think American culture was in the least bit harmed by the family’s decision, which was in the best traditions of Americanism. 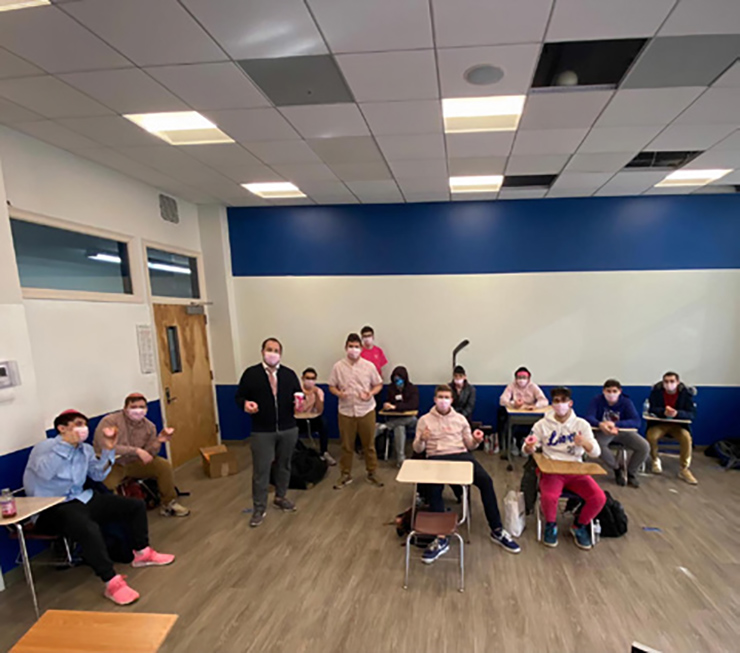 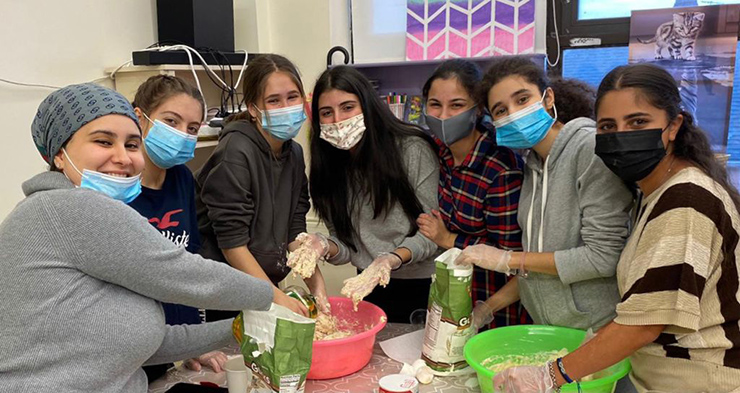