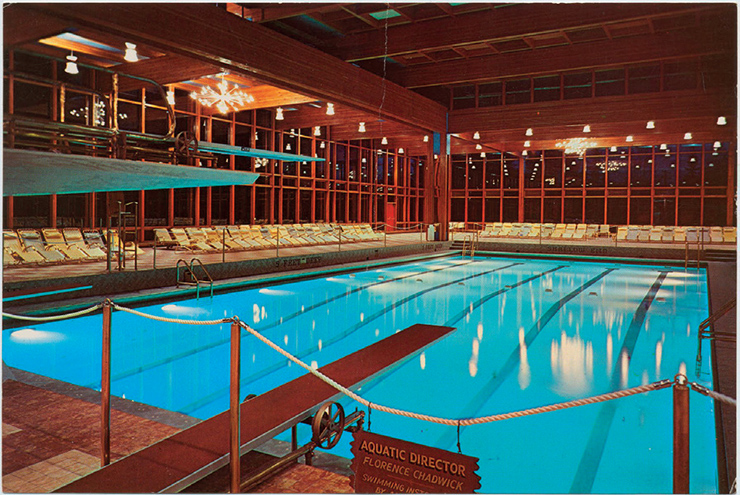 As far as geography, the Catskills are a mountainous region of the southeastern New York State. The Jewish Alps, also known as “Solomon” County, was the summer place of choice for all Jewish life from the 1920s through the 1980s.

As Eastern European Jews immigrated to the United States in the early 20th century, some became successful farmers in the region. As their urban city peers became more prosperous, they sought places to take a vacation. They weren’t welcome in most places that remained anti-Semitic, such as country clubs and beach towns. The Jewish farmers saw a business opportunity and began renting out rooms for the summer. Their boarding houses morphed into small hotels and bungalow colonies as the New York Jewish population grew to enjoy the fresh country air and leaving the humidity of city life behind for the summer months. 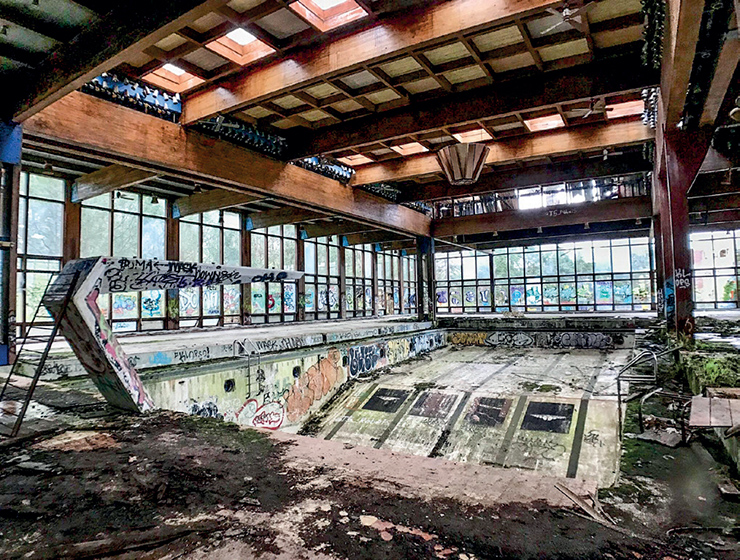 “Once Jews started to go in large numbers, they had their own built-in community,” says Dr. Phil Brown, a professor of sociology and health sciences at Northeastern University and director of the Catskills Institute. “Farms, businesses, professionals, day schools, yeshivahs. Yiddish was spoken, 95 percent were kosher. And they also liked being around their own people.”

The big resorts like Grossinger’s, Kutsher’s, the Concord, and the Nevele were pioneers of the all-inclusive luxury vacations long before the Bahamas or any island club. Meals, sports, spa, and a very active social life were all a part of the experience. 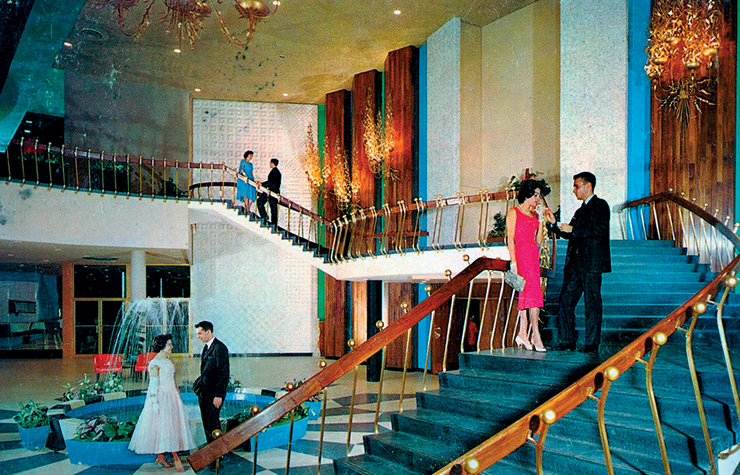 A-list entertainers such as Duke Ellington, Louis Armstrong, and Dean Martin, and comics Rodney Dangerfield, Henny Youngman, Woody Allen, and Jerry Seinfeld all toured the assortment of Jewish resorts. You could schmooze with Mohamed Ali as he trained in Kutsher’s professional athletic facilities. Elizabeth Taylor and Debbie Reynolds dined on chopped liver and knishes while hanging out with other legends in the coffee shop of Grossinger’s. Perhaps your bags were carried by basketball legend Wilt Chamberlin, who worked as a bellboy in Kutsher’s during his high school years. 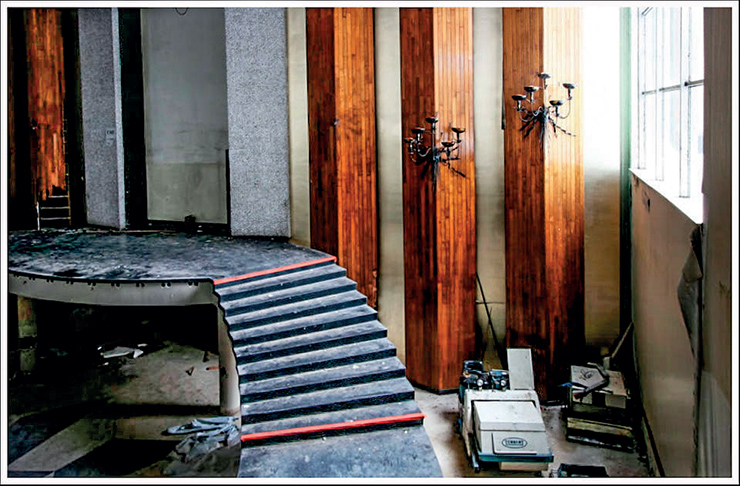 My uncle Chaim Roth shared stories with me about our family-owned resort named “Rainbow Lodge” in Livingston Manor, New York. From 1944 till 1948, my grandparents Mechel and Tobi Roth, z”l, owned and operated the very popular casino and hotel. Mottel Schindler was the resident comedian giving a Motzaei Shabbos show. For $45 per week you were treated to various delectables like kippered fish, schmaltz herrings, apple strudel, steaks, flanken, cholent, and p’tcha along with a giant swimming pool, handball court, and tearoom. I know I am speaking the language of purely Ashkenaz with a hint of Jewish American! 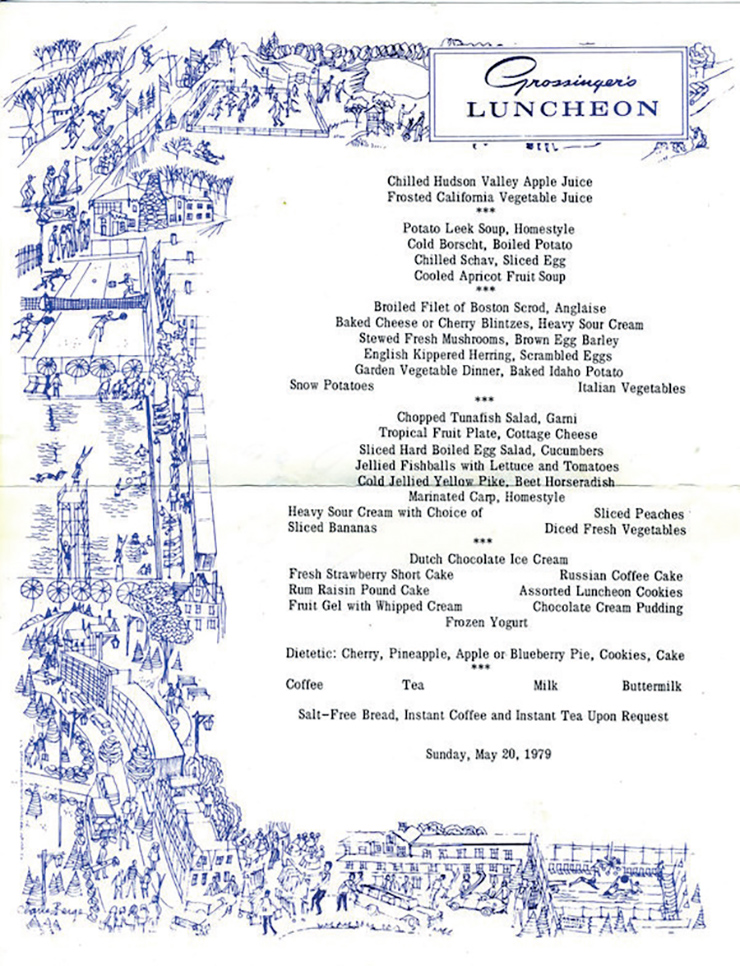 My uncles and Dad (Abe Roth, z”l) were all tea boys and waiters. Actually, most of the staff were yeshivah boys on their summer vacation. The season started on Shavuos and ended right after Labor Day. I could write an entire article just about the guest list of rabbis, mekubalim, and Jewish VIP, not forgetting the many shidduchim that resulted from the glorious assortment of people who stayed there.

Dr. Phil Brown explained it beautifully when interviewed for JointMedia News Service. “People did want to keep their Jewish culture alive and this was a way to do it. Certainly for the earlier times there were many people who went to the hotels who spoke primarily Yiddish, they only ate kosher, they confronted a world with a lot of anti-Semitism and they couldn’t even go to resorts. It was like having an American vacation but with all the Jewish trimmings. It was a way to keep traditions while still adapting; NOT assimilating but adapting.”

Long before kosher cruises or exotic getaway packages, there was a destination that even Hollywood cherished. Dirty Dancing or The Marvelous Mrs. Maisel can’t even hold a candle to the memories a lot of us have. Famous comedian Lenny Bruce used to say, “If you live in New York, you’re Jewish, even if you aren’t. That applies to the Borscht Belt. In a way, it says it all.” 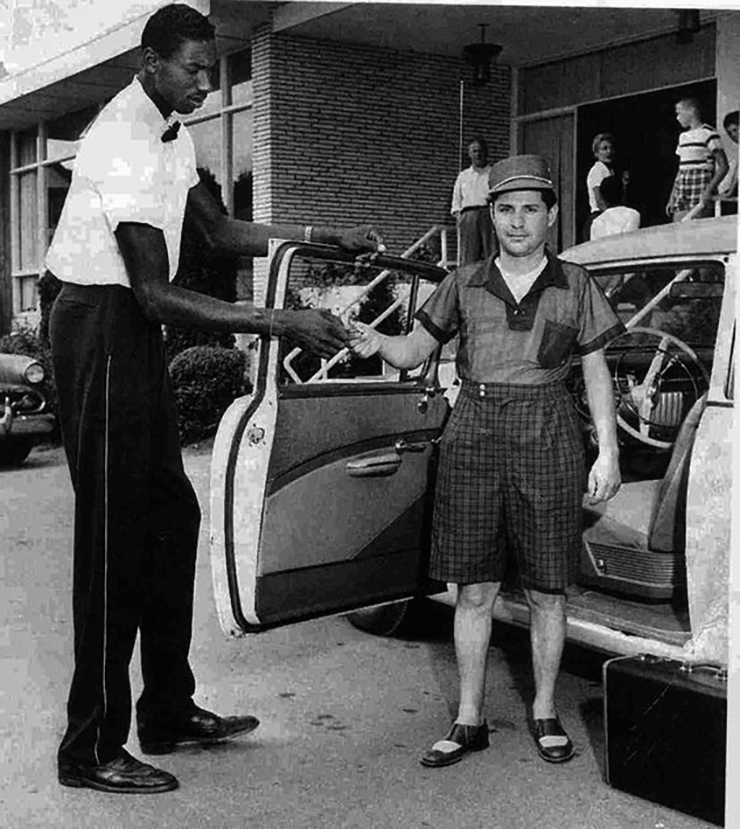 I’m not going to find a dvar Torah in this article because it really was a summer world in which Judaism vacationed, relaxed, socialized, dined, exercised, and laughed for two months out of every year, though Torah learning was part of the menu and activities as well.