One of the most renowned traits of the great Volozhiner rosh yeshivah, Rav Naftali Tzvi Yehudah Berlin zt”l, otherwise known by the acronym of his name, Netziv, was his intense diligence. Even as a teenager, he developed a reputation as a tremendous masmid. He studied Torah with great fervor, and it was this trait that enabled him to acquire universal renown. Still a boy, at the age of 11 he was sent to study at the famous Volozhin Yeshivah, where Reb Itzele Volozhiner zt”l, the Rosh HaYeshivah, took him as his son-in-law at the tender age of 13 years old. The Netziv came to live in Volozhin, and there he once again isolated himself in incessant study and made his nights into days of Torah study. Truly extraordinary stories are told concerning his diligence in study. For example, when he felt sleepy, he would put his feet in a bucket of cold water to continue studying.

Many years later, his great-grandson, Rav Yitzchak Z’ev HaLevi Soloveitchik zt”l, the Brisker Rav, would comment on his great-grandfather’s renowned diligence. He once picked up the sefer Ha’ameik Sh’eilah, written by his great-grandfather, and in a casual moment, asked some people: “Did you ever wonder why the Netziv always signed his name with the words: ‘k’nefesh he’amus b’avodah – like a soul who collapses under his work’? It is quite an unusual expression.” He asked this question and answered it at the same time, recounting a story told to him by his father, the great Rav Chaim Soloveitchik zt”l.

This story took place in a year following the Sh’mitah. The Netziv was a man who professed his love of Eretz Yisrael; and on Sukkos, he was careful to always recite a brachah on an esrog from the Holy Land. Year after year, he would follow this practice, and Rav Chaim (who was married to the Netziv’s granddaughter) would also recite a blessing on the same esrog. The year following Sh’mitah, the Netziv did not change his custom, and he recited a blessing on such an esrog. However, Rav Chaim had a doubt with regard to an esrog from Israel in the year following the Sh’mitah. The many laws involved with exporting produce from Israel and the fact that Rav Chaim, the progenitor of the famed “Brisker” methodology of Talmudic study, which included an overall stringency towards the fulfillment of mitzvos, precluded him from following his standard practice. As a result, he found another esrog upon which he said the blessing. Furthermore, he did not go to his grandfather, the Netziv, as he usually did every year, to recite the blessing on his esrog.

On the first day of Yom Tov, immediately after prayers, Rav Chaim walked to the home of the Netziv to wish him a good Yom Tov. As soon as he entered, the Netziv said to him, “I know why you didn’t come to recite the blessing on my esrog. It’s because of a halachic doubt that you have. But listen here: G-d willing, I will show you that even according to your opinion, there is no problem.” Rav Chaim replied, “I realize that this is the Zeide’s (grandfather’s) opinion, but it seems to me that a doubt still exists.” They spoke for a few more minutes. Then, they said their goodbyes, and Rav Chaim departed.

At three o’clock in the morning, the shamash came knocking at Rav Chaim’s door to tell him that the Zeide wanted to see him. Afraid that something had happened to the Netziv, who was extremely old at the time, Rav Chaim woke up all his children, and everyone rushed to see the Netziv. As they approached his sukkah, they saw a light coming from inside and, on the table, they saw a great pile of s’farim that reached up to the s’chach on the roof. The Netziv was pouring over these books, leafing through them and consulting one after another. Everyone calmed down at that point, for it was clear that there was nothing to worry about.

Rav Chaim sent his children home, and he entered the sukkah. The Netziv immediately said to him, “I called you here to show you that even according to your opinion, there is no problem in reciting a blessing on my esrog in the year following the Sh’mitah.” Rav Chaim excused himself and said, “Please forgive me, Zeide, but first I would like to say the blessing on the Torah, and then I can discuss it.”

“Now we can fully understand,” concluded the Rav of Brisk, “why the Netziv signed his name: ‘Like a soul who collapses under his work.’” 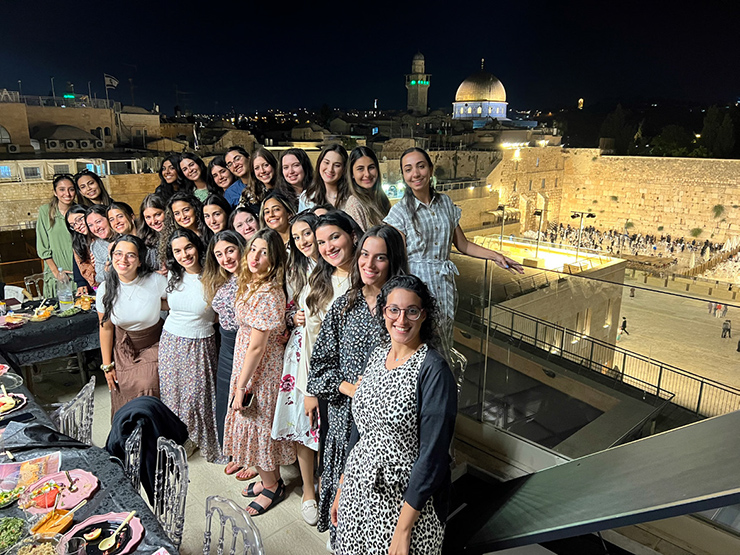