This past Sunday, a sign appeared on the Golan Heights with letters in the same golden color and font as those on Trump Tower, the 664-foot Midtown Manhattan skyscraper that was President Donald Trump’s primary residence prior to his inauguration in early 2017. The newly named Trump Heights is nearly 2,220 feet above sea level, presently a collection of a dozen homes surrounded by a largely treeless volcanic plateau.

“President Trump is a great friend of our state who has done great things that were not done previously and should have been done by the power of justice and truth,” said Israeli Prime Minister Benjamin Netanyahu at the dedication ceremony for Ramat Trump, where he was joined by US Ambassador to Israel David Friedman and Golan Regional Council leader Haim Rokach.

“It’s absolutely beautiful,” said Friedman, who noted that the president’s birthday was two days prior to the Ramat Trump ceremony. “I can’t think of a more appropriate and a more beautiful birthday present.” 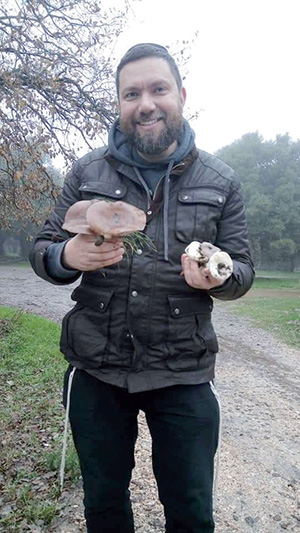 As Netanyahu sees things, “justice and truth” means the recognition of the Golan Heights as part of Israel based on self-defense, Syria’s refusal to make peace with Israel, and the half century of Israeli control of the highly strategic volcanic plateau. Prior to the Six-Day War of 1967, the Golan Heights was used by Syria as a base for missile attacks on Israel, and to attempt to cut off water flowing from this territory that fed Israel’s fresh water supply. The apparent need for Israel to retain this territory following the Yom Kippur War, and the 1981 law that extended Israeli civil law to the Golan Heights, have not resulted in a significant Israeli population influx.

Kfar Trump is part of the Kela Alon community, which counted fewer than 300 residents in 2017. The previous name for this presidential honor is Bruchim, established in 1991 as a neighborhood of Kela Alon, zoned for 110 homes but counting only ten residents at this time. Many of them are Soviet-born olim, supportive of Trump for his recognition of the Golan Heights as Israeli, something that his predecessors feared to do.

In the Queens neighborhood of Astoria, there aren’t many observant Jews. Zelig Krymko-Shmuelovich is the exception, and has a fascinating life story that shaped how he relates to Israel and fellow Jews. His parents are child survivors of the 872-day Siege of Leningrad, when the great Russian city refused to surrender, losing more than 640,000 residents in the official death count that included starvation, illnesses, and German bombings. Shortly after her only son Zelig was born, the family immigrated to New York.

As a teenager, Zelig read Golda Meir’s autobiography and was inspired by the Lubavitcher Rebbe’s teachings surrounding the security of the Land of Israel. He participated in Chabad teen programs and began to keep Shabbos, and kept a kosher section in the otherwise treif kitchen of his family home in Astoria. In high school, he founded a pro-Israel student group called Shalom Stuyvesant, and won the Uri Savir scholarship for Jewish Student Leadership for the March of the Living teen trip to Poland and Israel when he was 17.

After graduating Manhattan’s prestigious Stuyvesant High School, Zelig went on to study at Machon Meir and Chabad yeshivos in Jerusalem and Tzfas. He interned in Jerusalem at the Yesha Council of Settlements, and also worked for the Chabad House of Central Tel Aviv on the liberal, young Sheinkin Street.

Returning to the US, Zelig was hired as the National Director for College Activism for the Zionist Organization of America, and went on to work as spokesperson for True Peace, a Chabad-based think tank for Israel. In this capacity, he spoke at college campuses and communities across the US, and even got a heter to speak in churches.

“Astoria has been my home for most of my life. I have an affordable apartment here and I’ve hosted many other Jews whom I’ve met who live in the neighborhood for Shabbos dinners and holidays,” he said. A divorced father with full custody of his now teenage daughter, he raised Chava with a solid Jewish education at Bnos Malka and Mazel Day School, and after a year of Central, Chava enrolled in the Naale high school program in Israel for students from abroad. “We want to make aliyah, and Chava decided to get a head start and go to Israel for high school a year before I resign from my job as a teacher at Long Island City High School in Astoria,” he said. Zelig went into teaching a few years ago to be able to have a schedule conducive to raising his child, but he plans something completely different when he makes aliyah.

Ready for this? Zelig, along with a core group of visionaries, is in the process of founding the Golan Development Foundation, an NGO whose mission is to develop tourism, agriculture, education, and quality of life in the Golan Heights, by creating partnerships between communities of all faiths outside of Israel with various programs and projects in the Golan Heights.

“The idea to create an umbrella non-profit organization to allow both Jewish and, l’havdil, Christian pro-Israel communities to partner with various programs and projects in the Golan came about this year. I decided to partner with a friend from Crown Heights, who runs nature programs for Jewish kids with special needs, to create nature programming in the Golan as therapy for special ed kids. I also was researching organic blueberry farming in the upper Golan.”

Yechezkel Barnett, a Jew who grew up on a farm in Montana, whom Zelig met in yeshivah, became observant, moved to Crown Heights, and is making aliyah this year with his wife and six kids to the Golan. The Barnett family was looking for a community close to nature, where their kids could get a great Jewish education while enjoying an outdoors lifestyle. On a pre-aliyah pilot trip this year, the Barnetts fell in love with the Golan Heights. 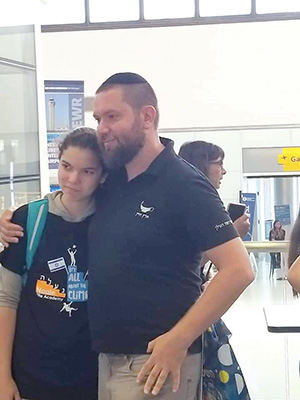 Zelig and Yechezkel realized the amount of funding needed for a blueberry farm, as well as for a nature-tourism-as-therapy company on the Golan, was more than they has access to, and Zelig decided to create an NGO that would provide much needed bridges of partnership with communities abroad that would help fund, as well as provide volunteers for, these and many other projects to develop the Golan Heights.

Zelig consulted with Eli Malka, the former head of the Golan Regional Council, and the Golan Development Foundation was born.

Where Netanyahu sees strategic territory and Trump sees an example to demonstrate support for Israel, Krymko-Shmuelovich sees untapped economic potential. The Golan Heights already has wineries, a brewery, wind farms, and tourism relating to archaeology, nature, and skiing, but Krymko-Shmuelovich says that the possibilities are endless. “The Golan Development Foundation, with the support of Evangelical Christians and, l’havdil, Jewish communities in the United States, will assist in improving quality of life and building up the economy of the Golan Heights, to strengthen the community and attract more visionaries to this beautiful upstate part of Israel.”

Noting the olim from the former Soviet Union, as well as from Western countries, Krymko-Shmuelovich said that they like the Golan’s climate and landscape. “It’s the Catskills of Israel. With the natural oak forest at Odem, and pick your own blueberry and cherry farms of Sha’al, Ein Zivan, and Merom Golan, residents and tourists enjoy hiking, picking berries, gathering mushrooms, and enjoying the quiet beauty of nature.”

There are nearly 23,000 Jews and 27,000 Druze living on the Golan Heights. Most of the Druze retain Syrian citizenship and regard the land as “illegally occupied” by Israel. A minority of younger Druze have applied for Israeli citizenship, and there has not been violence similar to that of Palestinian Arabs in Judea, Samaria, and Gaza. Although international consensus seeks to return the Golan Heights to Syria, the eight-year civil war in that country has diminished the possibility of an Israeli withdrawal, as it could mean the presence of al-Qaeda and the Islamic State on a plateau overlooking the Galilee and Hula Valley.

Knesset Member Zvi Hauser of the opposition Blue and White bloc said in a statement that the renaming is a mere public relations stunt. “The settlement in the Golan is frozen. After 52 years of Israeli rule, there are only 25,000 Israelis in the Golan and the rate of population growth is negligible. This isn’t how a government properly settles the Golan,” he wrote.

“There is no budgeting, no planning, no location for a settlement, and there is no binding decision to implement the project. But at least they insisted on a name for the settlement.”

The only other community in Israel named after an American president is Kfar Truman, located near Ben Gurion Airport. It was given the name in 1950 while Truman was in his second term as president, in honor of his recognition of Israel despite opposition from the State Department. In early 2018, the Israeli government estimated 877 residents in this village. Other American presidents who appear on the map of Israel are John F. Kennedy, with a monument near Moshav Aminadav to the west of Jerusalem, and a small plaza named for George W. Bush near the Mamilla Mall in Jerusalem.

Kfar Trump will not achieve city status anytime soon, and perhaps has a more realistic prospect of catching up to Kfar Truman. In the style of Trump, the sign honoring the namesake is a bold statement that confronts established conventions and strengthens Israel’s presence in the Golan Heights. For one Queens Jew, the sign points to his own future and that of the region.

For more information about the Golan Development Foundation, please contact Zelig Krymko-Shmuelovich, founder and president, at This email address is being protected from spambots. You need JavaScript enabled to view it..