Before I went to Eretz Yisrael a few months ago, I was reminded a few times to make sure to take along a few outlet adapters. The shape of the outlets in Eretz Yisrael is different from the shape of our outlets, and an American plug will not fit into an Israeli outlet.

There are two global standard voltage networks, 110V and 220V. The United States runs on 110V, while most of the world runs on a standard 220V system. (I hope you’re following this, because I have no idea what I’m talking about.)

While I was there, the adapter I used for my phone charger worked perfectly.

Electrical products that have heating devices or mechanical motors, like dryers, shavers, irons and fans, require a converter, not just an adapter. But I didn’t know that at the time, and when I turned on my plug-in shaver, it sprang to life for a brief moment. Then, I heard a pop, and the shaver instantly went dead. Thinking I had tripped the outlet, I decided not to try it again for the rest of my trip.

When I returned to America and plugged the shaver in, however, it didn’t turn on. It was clear that the mechanism inside had been destroyed by the voltage change, and my shaver was kaput! May it rest in pieces.

Every one of us has an internal flame, but we get “fired up” differently.

The oft-quoted mantra of chinuch is the pasuk in Mishlei (22:6): “Chanoch la’naar al pi darko – Educate a child according to his way.”

It’s fascinating that the word “chanoch” in this pasuk is spelled without the Hebrew letter vav. That would seem to be analogous to spelling the word “education” with one letter missing.

Rabbi Paysach Krohn suggests that the wisest of men is reminding us that it’s not so hard to educate the child who is insightful, disciplined, and motivated. It’s those students who lack the conjunctions, who don’t see or make connections, or challenge the connections that are already in place – that is the real challenge of education. More than others, it’s those children who need us to figure out their unique voltage to help them plug into a vibrant power source. If we can’t figure out how to tap into the current running through them, they may tragically remain unplugged.

In Parshas Toldos, when the Torah relates about the upbringing of Eisav and Yaakov, the pasuk states, “Yitzchak loved Eisav, because tzayid b’fiv – the hunt was in his mouth.”

The literal translation of these words is “he entrapped him with his mouth” and is simply understood to mean that Eisav tricked Yitzchak, by causing Yitzchak to think he was righteous when, in reality, he was living a sinful life.

The Sifsei Kohen however suggests that “he entrapped him with his mouth” actually refers to Yitzchak entrapping Eisav with his words. Yitzchak was well aware of Eisav’s evil tendencies, and that was precisely why he showed Eisav increased love and affection.

In other words, Yitzchak was fully aware of Eisav’s “red,” fiery nature and was doing his utmost to channel that nature positively. Yitzchak felt that Yaakov didn’t need to receive the brachos, because he was already living a blessed life. Yitzchak hoped that by demonstrating to Eisav his love and esteem for him, and that he wanted to give the brachos to him, it would cause Eisav to repent.

In a similar vein, the late Rabbi Mordechai Berg explained that when the Torah states that Yitzchak told Eisav to bring him “tasty foods that I love,” it doesn’t mean that the holy Yitzchak really cared about a good steak. It’s not the meat that Yitzchak loved, but rather his son that he loved. By showing an interest in hunted meat, Yitzchak hoped he could forge a connection with Eisav and thereby reel him back with love. (In her intuitive wisdom, Rivkah recognized that, despite Yitzchak’s noble intentions, Eisav would not be able to be brought back, and giving him the brachos would prove disastrous.)

Dr. David Pelcovitz notes that all families have a “family bumper sticker,” an unwritten and often unverbalized charter, goal, or mantra that every family member is expected to live up to.

Some examples include “Lakewood or Bust,” “Ivy League only,” “Chesed or Else,” “Be What You Want to Be – as long as it includes medical or law school,” “Israel advocacy,” etc.

The challenge is when our children don’t fit into our familial vision. In such instances, we have to love and respect them for who they are and figure out ways to respect and connect with them, even if those ways entail engaging in things we would otherwise have felt were trivial or foolish. It’s vital that we see them as they are and not who we would like them to be.

If we try to stuff them into a power source that doesn’t have the correct voltage suited for them, the results can prove disastrous.

In the brachah of R’tzei in Sh’moneh Esrei we daven that “the fires of Yisrael and their prayers [Hashem should] accept with love and favor.” Perhaps these words also refer to the fires of our souls burning within us. Each of us ignites differently and has different electric currents and voltage that keep us charged. We daven that every one of our fires, wherever we are along our personal journeys, finds favor before Hashem.

Rabbi Dani Staum, LMSW, a rebbe at Heichal HaTorah in Teaneck, New Jersey, is a parenting consultant and maintains a private practice for adolescents and adults. He is also a member of the administration of Camp Dora Golding for over two decades. Rabbi Staum was a community rabbi for ten years, and has been involved in education as a principal, guidance counselor, and teacher in various yeshivos. Rabbi Staum is a noted author and sought-after lecturer, with hundreds of lectures posted on torahanytime.com. He has published articles and books about education, parenting, and Torah living in contemporary society. Rabbi Staum can be reached at This email address is being protected from spambots. You need JavaScript enabled to view it. . His website containing archives of his writings is www.stamTorah.info. 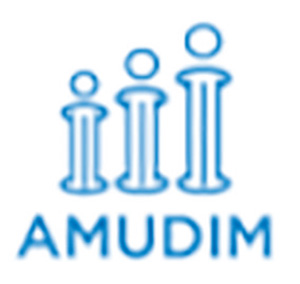 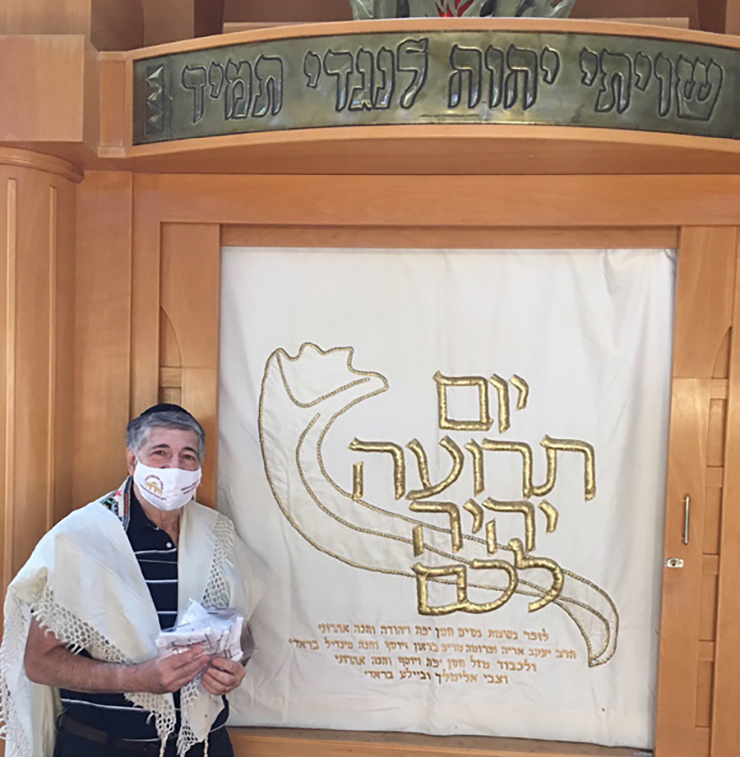 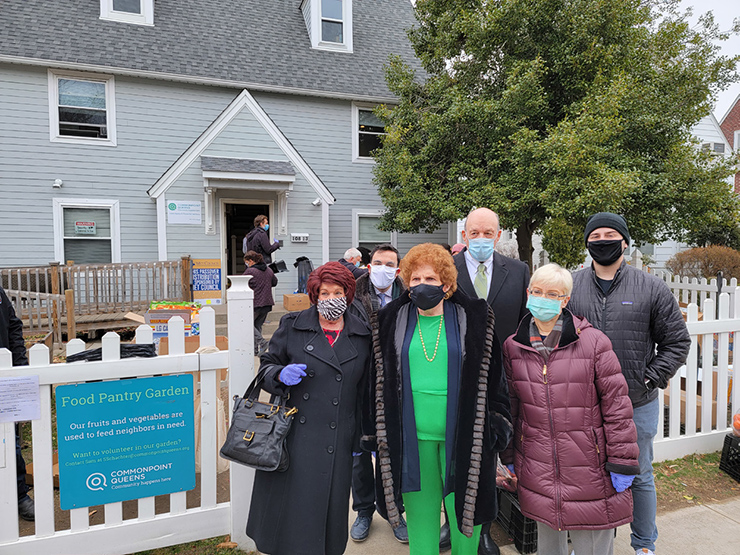 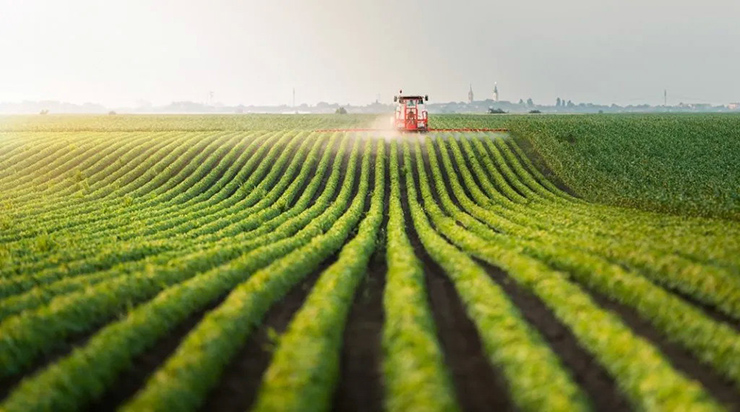 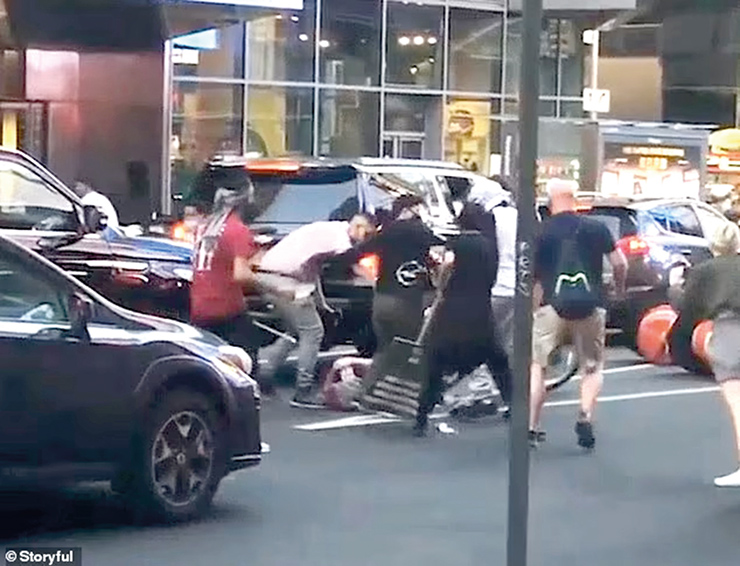