For many Jewish families, the preparations for Pesach begin shortly after the end of Purim. But for the Met Council, New York’s leading provider of food assistance in the Jewish community, the holiday comes to mind six months in advance. “It is a massive effort that serves thousands of homes through our local partners who know their neighborhoods,” said Met Council CEO David Greenfield. “In the past 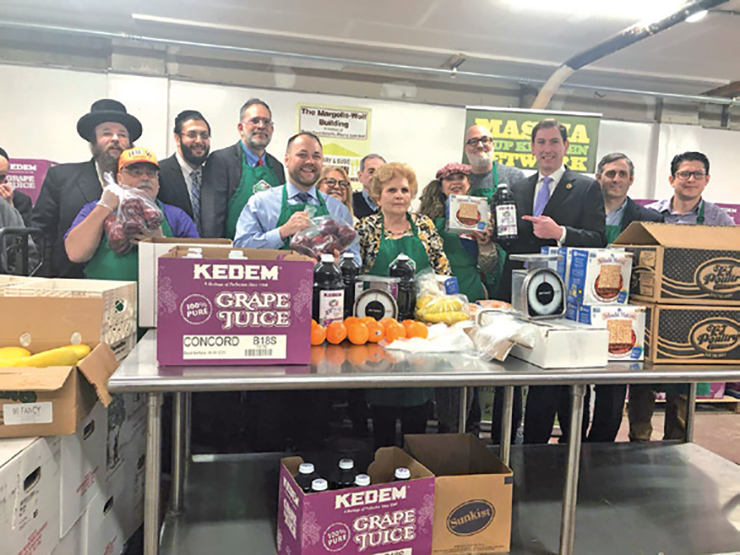 Last Sunday, he visited the Union Plaza Care Center, where Tomchei Shabbos President Shimi Pelman coordinated the annual food drive. “Among our partners who bring food to homes, Tomchei Shabbos of Queens is the largest in food distribution,” said Greenfield.

Shortly after 9 a.m., dozens of Queens residents drove into the garage at Union Plaza where volunteers packed chickens, matzah, and grape juice into boxes and bags for hundreds of households across the borough. “Thanks to our volunteers from the Young Israels of Scarsdale, White Plains, and New Rochelle, who travel here each year to assist in the Pesach food drive,” said Pelman. “Likewise, we have Congresswoman Grace Meng, Assemblyman Daniel Rosenthal, Borough President Melinda Katz, and Councilmen Barry Grodenchik and Rory Lancman, whose support is instrumental to our work.” 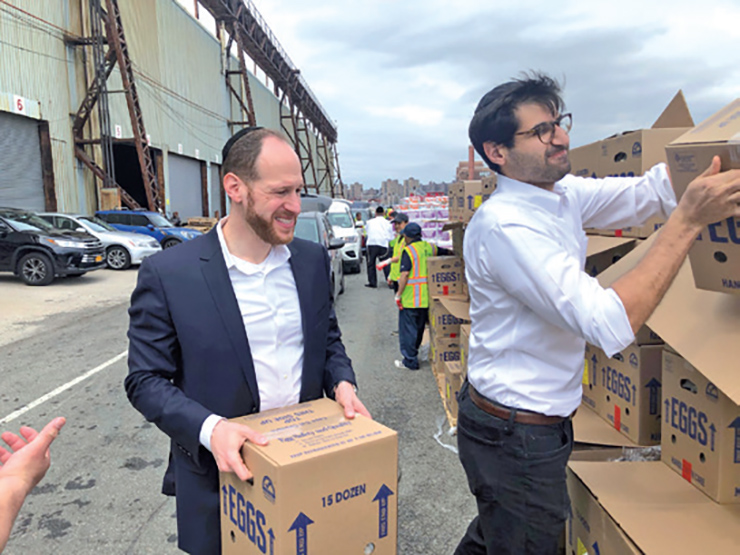 Among the supporters with additional resources for this cause, Rego Park Seniors Club President Emanuil Kalendarev brought two large vans to deliver the food packages. “This food drive makes the Seder for many seniors in need, and we will be holding our Seder, as well, at the senior center,” said Kalendarev.

On the Friday before Shabbos HaGadol, the Masbia pantry in Forest Hills handed out boxes in the presence of elected officials. “Out of 5,000 families that we serve, a thousand are in Queens,” said Masbia Executive Director Alexander Rapaport. “Every day this week, we are providing matzah, chicken, grape juice, and produce.” With much of the pantry space occupied by food package boxes, sit-down meals have been suspended for the week. “We did not suspend dinner, we are serving it like an airline meal – it’s ‘to go.’” 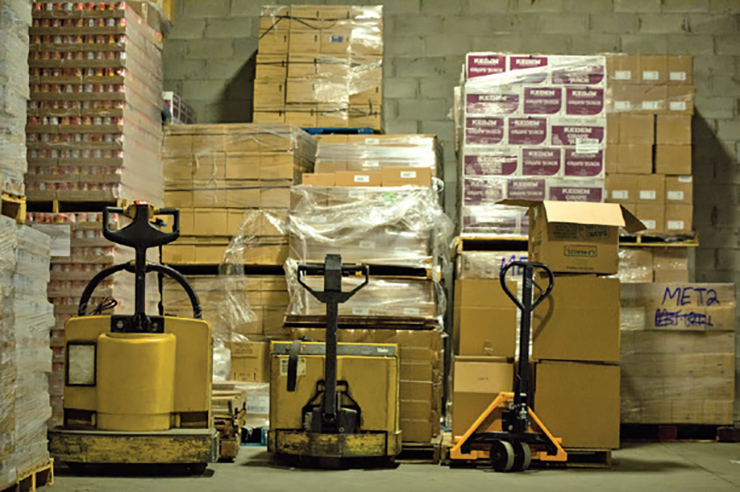 The City Council delegation at Masbia was led by Speaker Corey Johnson, Jewish Caucus Chair Chaim Deutsch, and Karen Koslowitz, whose district covers Forest Hills. “It’s exciting that they are seeing what they are funding,” said Rapaport. “It’s a partnership for beautiful things.”

The lawmakers peeled charoses with kosher cookbook author Naomi Nachman. “Charoses is the mortar that drives us together. Matzah can be square or round and karpas can also be different. But not charoses.”

Queens Jewish Community Council had its pick-up Pesach food drive two weeks before Pesach, also serving hundreds of clients from its Forest Hills office. Project Lead also had its Pesach-focused food drive this past Sunday in Kew Gardens. Much of the food provided comes from major kosher food manufacturers with products to spare on the eve of the holiday. KJ Poultry, Manischewitz, and Kedem are among the names found inside a Pesach pantry package. 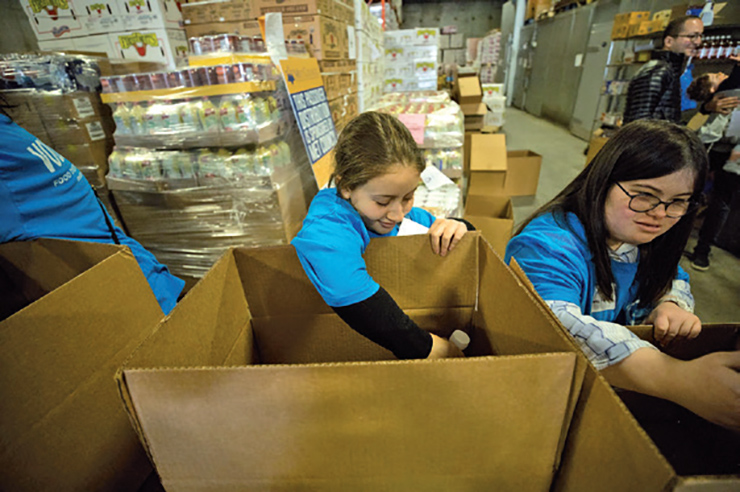 Rapaport noted that Masbia will remain open for Chol HaMoed. “There will not be packaged food, but we will provide ready-to-eat meals.”

For Queens residents staying home for Pesach, the Vaad Harabonim of Queens held a live-stream online presentation on Pesach-related kashrus issues with Rabbi Herschel Welcher and VHQ Executive Vice President Rabbi Chaim Schwartz. Earlier in the month, Rabbi Schwartz also shared the pulpit with Rabbi Elan Segelman of Kehilas Torah Temimah in a question and answer presentation. The VHQ also had two hag’alas keilim events, in Kew Gardens and Kew Gardens Hills, where used dishes and utensils were koshered for Pesach through immersion in boiling water. 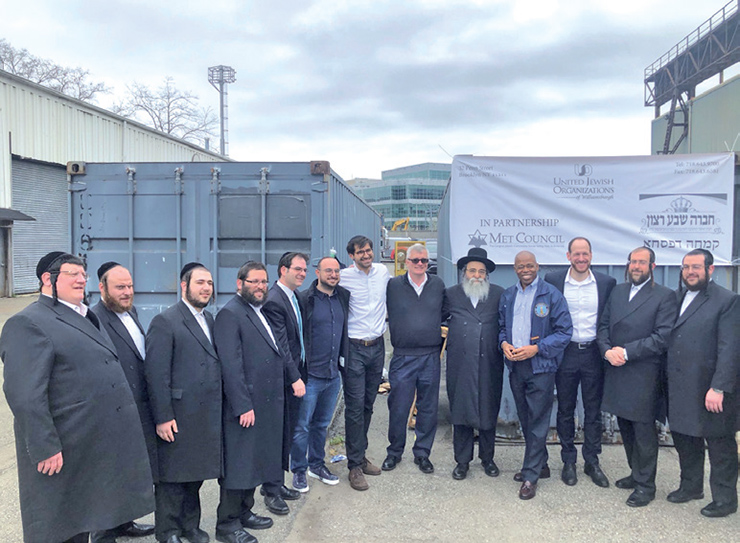 Between the pantries, presentations, and kashering events, the Queens

Jewish community is prepared for Pesach in every sense of this chag. 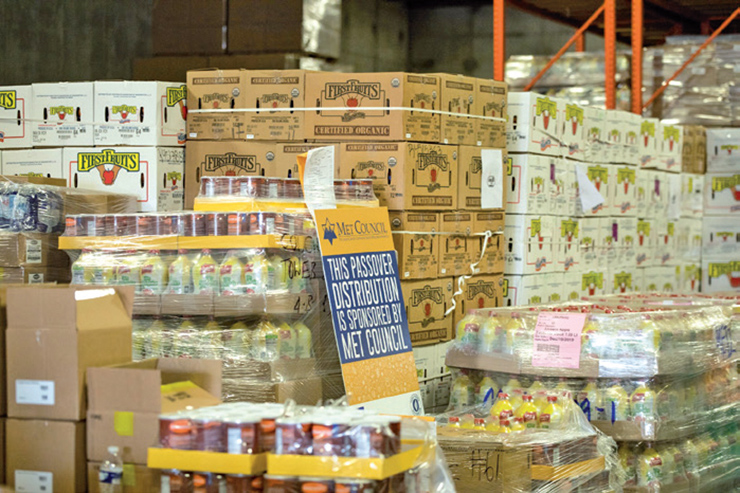 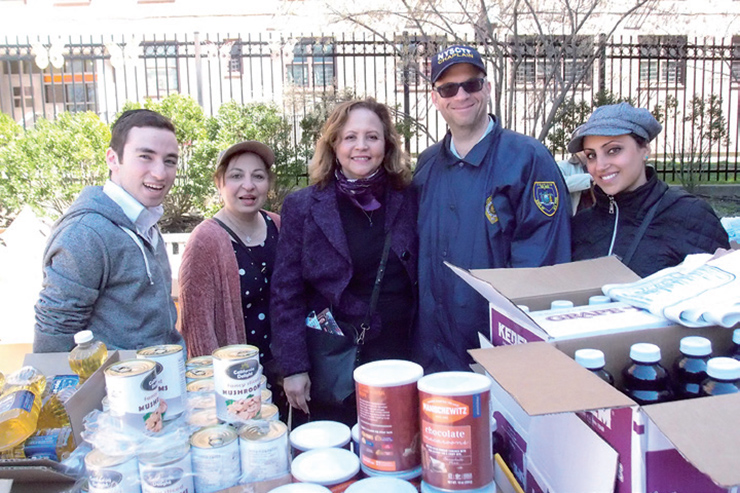 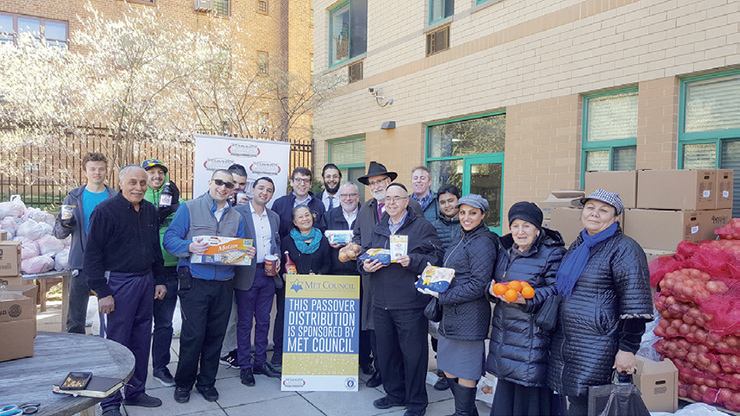 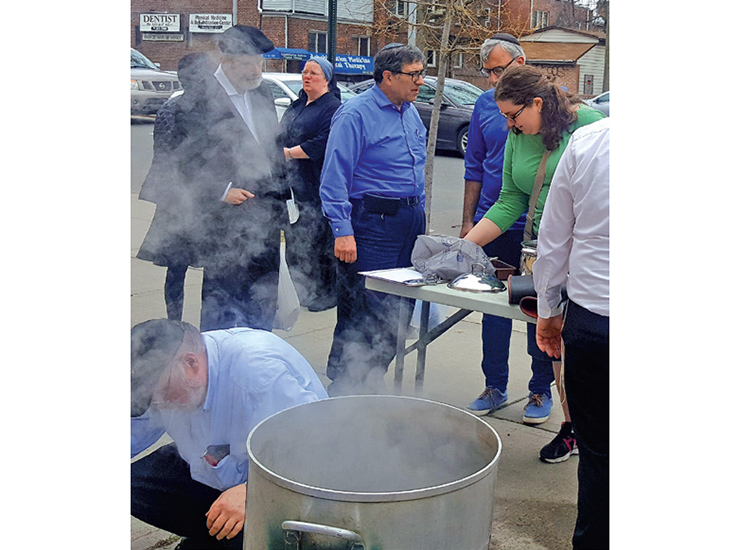 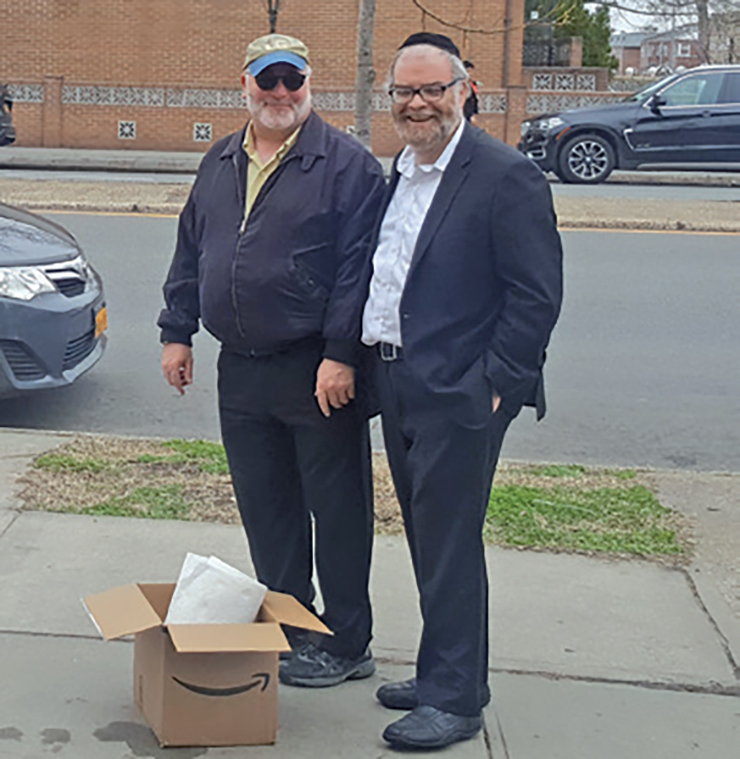 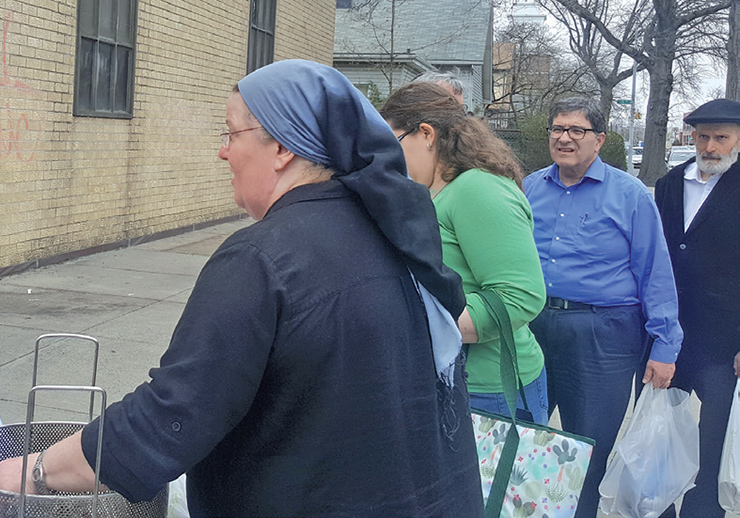 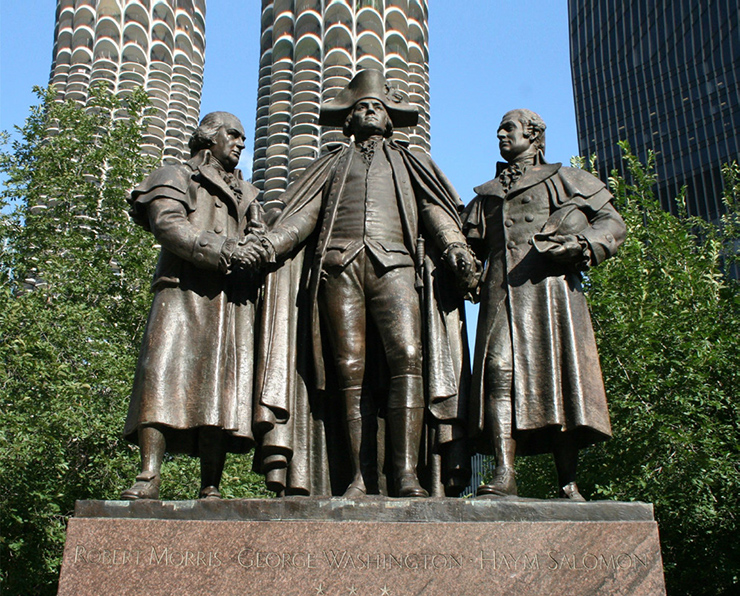