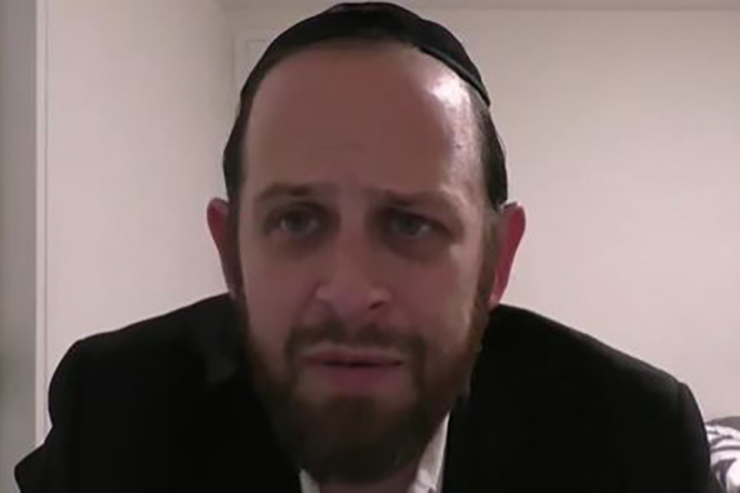 Rabbi Zechariah Wallerstein, Director and Founder of Ohr Naava and well-known speaker, shared an impactful shiur. He began with the idea that “life is potential. Every moment is amazing because you can do a mitzvah. One moment in this world is worth more than the whole next world. One second in the next world is worth more than all the pleasures in this world.” The tragedy of death is that potential is over. Hakaras ha’tov literally means recognizing the good. It means being able to see the good in what looks bad. A young girl passed away and the parents saw that they could do something good, and they opened the Ohel Sara Amen Group. Instead of being angry, they showed hakaras ha’tov for the time they had their daughter.

When the brothers sold Yosef to a caravan going down to Egypt, it was noteworthy that this caravan was carrying good-smelling spices. Normally, these caravans carried neift, which smelled bad. Yosef was being taken to the most immoral place, yet he said he knew Hashem was with him because of the sweet smell in the caravan. Hakaras ha’tov means that in tragedy we recognize the good. When his brothers threw him into the pit, the pit was 40 feet deep. We learn a halachah of Chanukah from this. The menorah can’t be more than 20 amos high (about 40 feet). Rabbi Wallerstein pointed out, “It’s amazing that from one of the worst tragedies in the Chumash, we learn a halachah for one of the greatest moments, Chanukah.”

He continued: There are two miracles of Chanukah; the miracle of the small Jewish army defeating the great Syrian-Greek army was the first miracle. The name Chanukah means we rested on the 25th of Kislev. The Al HaNisim prayer talks only about the war and not the second miracle of Chanukah. To the Greeks, effort means nothing. We see this was their value system. An example is the Olympics. Winning was everything in the Olympics, and effort didn’t count at all. Our Torah values emphasize the opposite. “The only thing the Torah wants is effort.” He quoted the famous pasuk that states that it is not up to us to finish, it’s up to us to try. So, there is no word in the Al HaNisim about the miracle of the oil. He posed the question.

Why name the holiday Chanukah? Why don’t we exhibit a big blow-up version of a Maccabee holding a sword in front of our house? Hashem made a great miracle where six Jews went against a huge powerful army and won. They brought down the Syrian-Greeks. We thank Hashem in the Sh’moneh Esrei for this amazing miracle. So, our hakaras ha’tov is to Hashem for allowing us to win the war. Rabbi Wallerstein then explained that the oil going into the Menorah in the Beis HaMikdash has to be pure; however, if most of the nation is impure, then the oil could be impure. So, in fact, during the time of Chanukah, we were not required to use pure oil. The Al HaNisim prayer states that we wanted to give Hashem something pure. We made the place pure and then we lit the candles. It was a miracle that the Syrian-Greeks didn’t find this one jug of pure oil. There is a midrash that it was the jug of oil that Yaakov used to anoint the stone, and it was later used to anoint David HaMelech. The Jews had this feeling of wanting to give Hashem something pure. What does Hashem want to show the world? “My children love me so much that they waited until they found something pure to give me.” Hashem is saying that He wants every house to have a menorah to publicize what the Jews did for Him. “That’s what klal Yisrael did for me.”

So, Al HaNisim and Hallel demonstrate thanks to Hashem for the war; and lighting the Menorah is that Hashem is showing thanks to klal Yisrael because we didn’t light until we found pure oil. In Judaism, which is the opposite of Hellenism, it’s the effort, not the goal, that is important. We placed oil in the Menorah and Hashem finished it and caused it to burn miraculously for eight days. The Jewish idea is that you try your hardest; that’s what Hashem wants for us. The whole miracle of the oil is based on effort. Rabbi Wallerstein noted how the Marton family lit a little candle and it became a big flame with so many participating in the Amen Group. “Chanukah is about effort and purity… Hashem creates nisim when it’s totally for Hashem, l’sheim Sh’maya.

Next, Rabbi Shalom Yona Weis, an inspirational speaker, shared Torah thoughts on gratitude. First, he summarized the main themes of the past two annual nights of gratitude. The first year, the focus was on being thankful to be a Yid and to give this midah to our children. The second year, the focus was on being specifically happy about being who you are and the time you are living in, and your particular situation. Every person lights his own light. “Chanukah is a yom tov of thanks.” This year the focus was going to the next level of gratitude. The ikar of being a Yid is to use the darkness to shape the light. The light of Chanukah is about recognizing the good and seeing things as they really are. Rav Dessler demonstrated this idea with a large white paper that had one small black dot in the center. When he displayed it to his students, they only noticed the black dot and not all the vast white space. We focus on the little black dots in our lives. We need to notice everything else. The Chida taught that we only recognize light through darkness.

The Syrian-Greeks made all the oil in the Beis HaMikdash impure. Yet, miraculously, the Chashmona’im found one little jug of pure oil that was sealed. Rabbi Weis taught that they found it because they decided to search for it. “When things were so totally dark, they felt there must be light, purity, somewhere.” He explained, “Darkness forces us to see the light.”

There are two ways in our mind. There is an outside perspective that we should inculcate where we see others who we believe are better in spirituality and we strive to be like them. When it comes to gashmiyus, however, we should look at those below and see what they don’t have and be thankful for what we do have.

“The key to get more brachah in our lives is to thank Hashem for difficulties we have. The depth of Chanukah is to thank Hashem for darkness that brings us to the light.” He explained that darkness is there because it brings us to greater recognition of Hashem. We saw so many tragedies this year. We should look at our darkness and take stock of the good we had until this came. “On Chanukah, we realize everything is a gift.” In order to change darkness into light, we have to make it into light. We have to learn to be thankful for challenges in life. “Think to yourself, what have I not been thankful enough about?”

Following this, Rebbetzin Slovie Jungreis-Wolff, an inspirational speaker and daughter of Rebbetzin Esther Jungreis, shared a moving shiur, much in the spirit of her mother a”h.

“This year, we need more than any other year to plug into the light of Chanukah!” Hashem has given us a most incredible gift – the gift of Chanukah. The light of Chanukah tells us a story. We cannot use these lights for anything except to just look at them. They are giving us direction. We give shevach (praise) to Hashem. We are saying that we are celebrating the miracles – the incredible salvation that Hashem has given us. In Al HaNisim, we thank Hashem for the battles. What does that mean? Why would we thank Hashem for battles? When we say “Thank you, Hashem,” we realize this time of darkness of COVID and our struggles have brought us to a place to understand the incredible potential in each of us. She pointed out the following questions: Did we ever think how much children would appreciate going to school? Did we ever think how much we would appreciate sitting in shul together or being together with family and friends or traveling to Israel to be at the Kosel?

She shared a teaching of her mother, Rebbetzin Esther Jungreis: “In a desert, the sun is always shining, so nothing grows. For a garden to grow, it needs rain and storms; then we see the fruits of our tears and labors.” So, we thank Hashem even for the bad of the coronavirus. “We discovered what we live for and how deep our potential goes, and we discovered the love Hashem has for each of us. We are truly a nation of miracles. Each of us is a miracle. The neiros of Chanukah burn brightly inside of us.”

The first night, we are all pumped up, but as each night comes, our inspiration starts to diminish. “How do we keep plugging into the light so by the end we can be a flame connected to Hashem, and how can we be full of gratitude that can change our lives?” She taught that we can find incredible brachos on these days. Every brachah we hope to have or had or presently have comes from Hashem. These hours of Chanukah are here to help us contemplate what Hashem has given us. What am I asking for so that I can bring light into the world?

The Hebrew letters that spell the word for “the oil” – ha’shemen – can also spell neshamah – the pure neshamah we each possess. “The message of the neiros is asking us to see the brachos in our lives.”

Then, Rabbi Ari Berkowitz of “Thank You, Hashem” shared Torah ideas about gratitude, and then led everyone in the recitation of the special Thank You Prayer, reading Nishmas, and two p’rakim of T’hilim.

He stated that in this year, 2020, we can really fully appreciate the statement of thanking Hashem for every breath we take because the coronavirus attacks the lungs. When we recite the Nishmas prayer, we say we don’t take anything for granted. We know that You, Hashem, blew life into us. “If you thank Hashem, you find light in the tunnel.” According to the Zohar, the reason Hashem created the world was so we could thank Him. When we thank Him, we have a beautiful life.”

He noted that when we are in distress, we recite perek 20 of T’hilim; and then if things turn out well, we recite perek 100. “Let’s switch the order.” When we have a problem, start with T’hilim 100 – a song of thanks. He shared an analogy. Thanking is like an E-ZPass express. Crying should never be more than expressing gratitude. He shared, “Thanking Hashem is a master key to open all the doors.”

The shiur can be viewed on www.TorahAnytime.com. 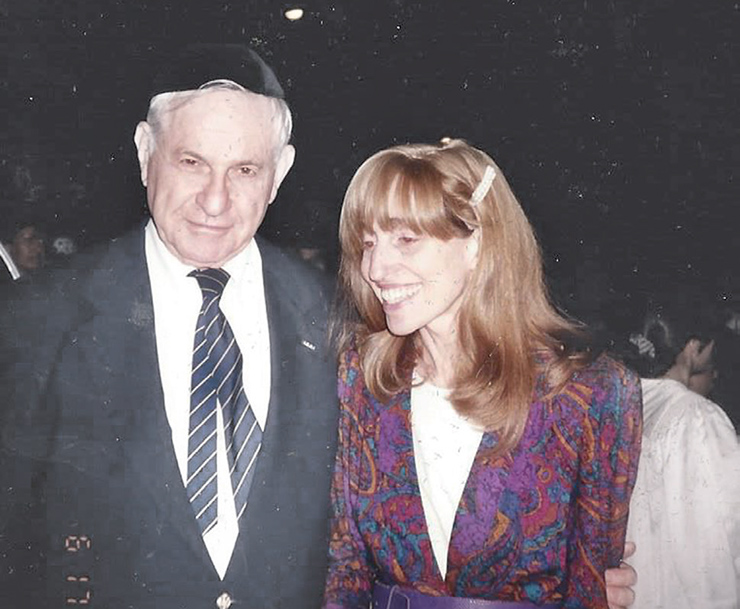 The Birth Of Torah SheB’al Peh