The death of iconic lawmaker and civil rights activist Rep. John Lewis, 80, was marked across the country by many communities, honoring a living link to the pivotal moments and individuals of the decade when African Americans secured their right to vote.

“One of the greatest honors of my life is having served with John, such a humble man with the courage of a lion,” wrote Rep. Greg Meeks, chair of the Queens Democratic Party Organization, whose district covers the borough’s southeast corner. “His voice will echo in the chambers of Congress forever. Rest in peace and rise in power, my friend.”

Meeks also shared a video from 2016 of himself with his senior colleague campaigning for Hillary Clinton, dancing outdoors in front of an African-American crowd in Rochdale Village. In the past half century of change, Lewis never missed a beat in his rise from activist to leader. 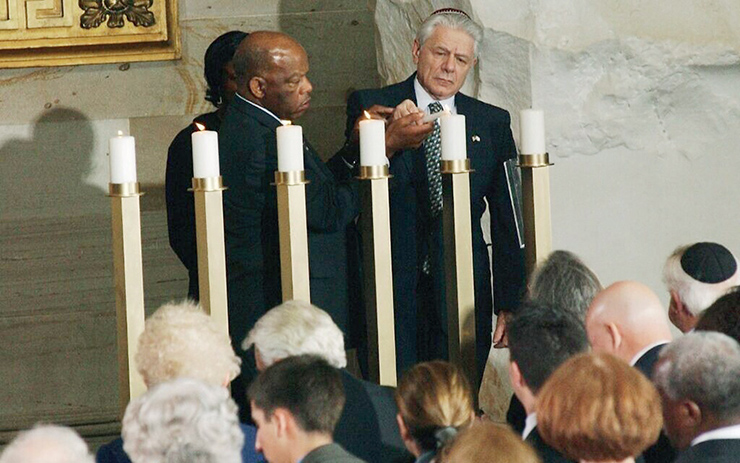 Born in Troy, Alabama, in 1940 to a family of sharecroppers, he was aware of racial injustices at a young age, as blacks were escorted to the back balconies of movie theaters and barred from membership at the town’s public library. At age 15, he heard of Rosa Parks and Rev. Martin Luther King, Jr.’s bus boycott campaign in Montgomery and embraced the movement for civil rights. “I was inspired to get in trouble. I was inspired to get in the way,” he said.

Lewis faced arrest for attempting to integrate lunch counters in Nashville, had his skull broken by a policeman’s baton in the march on Selma, took the inaugural Freedom Ride to enforce the desegregation of buses traveling across southern states, and was the youngest speaker at the 1963 March on Washington. He was arrested more than 40 times for his efforts to raise awareness of racial discrimination in the southern states.

These events resonated with many young Jews from New York, who were inspired to assist Blacks in the south, based on a sense of justice and their own history as members of a historically persecuted people. Among them was Andrew Goodman, a Queens College student who was among the three murdered by the Klan in June 1964.

Lewis spoke at the Queens College Graduation Ceremony in June 2009, addressing the graduates with a banner carrying Goodman’s name facing him. He called it a “holy ground” that took him back to a place and time where he grew up, rural Alabama, when racial segregation was strictly enforced. “I would ask my parents why there was segregation, and they’d say that’s the way it is and don’t get in the way,” Lewis said to the students. “I got in the way. Students, you need to get in the way.”

At the Queens College Graduation Ceremony, Lewis received an honorary degree, Doctor of Humane Letters, in recognition of his work in fighting segregation and racial restrictions on voting rights. “He was the last surviving speaker from the March on Washington in 1963 in the shadow of the Lincoln Memorial, one of the original Freedom Riders and, more than a half-century later, he was still imploring us to speak out,” said CUNY Chancellor Félix Matos Rodríguez. “Most recently, in the aftermath of the police killing of George Floyd in Minneapolis he called on demonstrators around the country to muster the same commitment and zeal that typified his lifelong fight for social justice and basic human rights.” Lewis’ most recent high-profile appearance in New York was last summer, when he addressed the graduates at the City College of New York and was also awarded the Doctor of Humane Letters honorary degree.

Lewis fought his way into Democratic Party politics in 1964 as a member of the Mississippi Freedom delegation that demanded a seat at the party’s presidential nominating convention. Over the following decade, he led the effort to register millions of black voters, transforming the once-segregationist party into the political base of African Americans. As an Atlanta Councilman, he was among the founders of the Atlanta Black-Jewish Coalition, seeking to strengthen the bond between the two communities in his city.

Lewis was a reliable voice for Israel, but in a principled way that spoke of his own history of boycotting injustice and defending freedom of speech. In 2019, he condemned the BDS movement but also co-sponsored a non-binding resolution “affirming that all Americans have the right to participate in boycotts in pursuit of civil and human rights at home and abroad.” It was sponsored by Reps. Ilhan Omar and Rashida Tlaib, staunch opponents of Israel.

“I want to make it very clear that I disagree strongly with the BDS movement,” Lewis said in the same statement. “Economic, educational, and cultural interaction with Israel, America’s democratic ally, is not only in the best interest of Israelis and Americans, but it improves the climate for peace with Palestinians, which is in everyone’s interest to encourage.”

Four years earlier, he participated in a boycott of Prime Minister Benjamin Netanyahu’s speech to Congress in opposition of the Iran nuclear deal. Lewis felt that his appearance at the behest of a Republican House Speaker was undermining bipartisan support for Israel, the country’s position as a negotiator, and disrespectful of President Barack Obama.

“I take a backseat to no one in my commitment and support of Israel and the American Jewish community. On many occasions, we have worked side-by-side to strengthen our democracy and fight for equality and justice in this country. That commitment will not change,” he said. “That the Speaker of the House of Representatives would allow the floor of this chamber to be used to undercut the negotiations of the President of the United States is partisan, and it is not right.”

Last December, he was diagnosed with stage 4 pancreatic cancer, but he continued to do his work as a lawmaker, ran for reelection this year, and is the subject of a documentary, Good Trouble, which was released two months ago. Its target audience are young Americans, in a year when so many of them are involved in movements addressing inequalities in society.

“Sometimes, when I look back and think about it, you know, how did we do what we did? How did we succeed? We didn’t have a website. We didn’t have e-mail. We didn’t have a fax machine. We didn’t have a cellular telephone,” he said in a 2004 interview with PBS. “But I felt when we were sitting in at those lunch counter stools, or going on the freedom ride, or marching from Selma to Montgomery, there was a power and a force. G-d Almighty was there with us.” 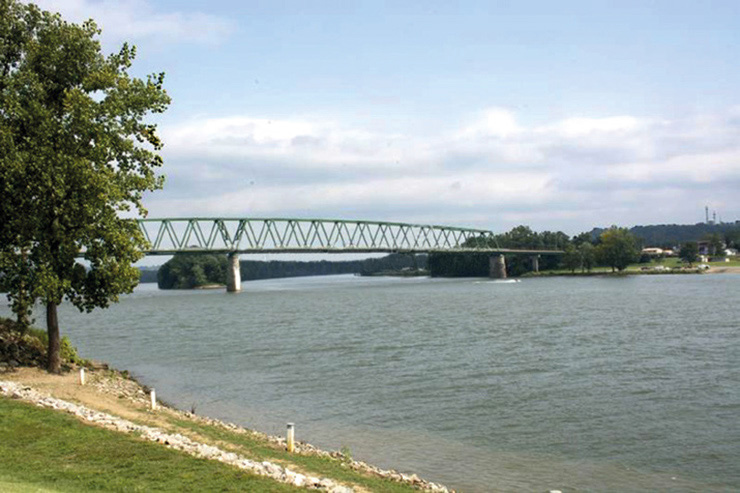