After 17 years of planning, stop and start construction, lawsuits, delays, and a budget that grew to $5 billion, the American Dream Mall is finally scheduled to open on October 25. It will feature more than 350 shops, a large variety of restaurants and eateries, an amusement park, ice rink, and ski area. The principals and businesses that have invested in the mall are betting that it will be the start of a trend away from the age of Amazon and toward more traditional shopping. The industry is hoping they are right, because it could sure use a shot in the arm. 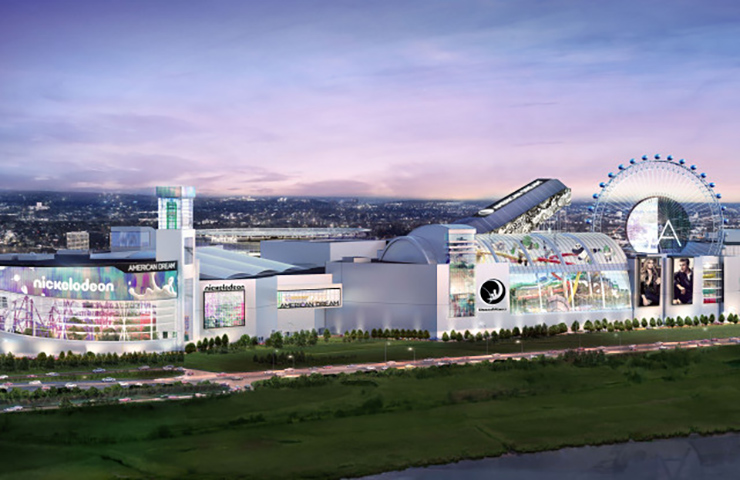 Retail has been among the weakest industries for years, and stores both big and small have felt the pain. Dozens of well-known chains have either downsized dramatically or have gone out of business; many others are hurting.

2018 marked a low when retailers closed a record 5,864 stores. But this year is even worse. More stores had closed by mid-April than in all of last year.

That’s why so many people are keeping a close watch on what’s going to become the largest shopping mall in the U.S. Located near MetLife Stadium in the Meadowlands in New Jersey, just 8 miles from Manhattan, American Dream believes it will not only avoid the pitfalls that have plagued other malls, but also draw large crowds on a regular basis.

The reason for the optimism: a wide range of retail outlets coupled with entertainment that will appeal to both the young and the young at heart.

Other large malls offer an 80%/20% retail-to-entertainment ratio. American Dream has modified this formula with a 55% entertainment to 45% retail mix. The malls’ 3 million-plus square feet will offer 35 rides, a Nickelodeon theme park, an NHL-sized ice-skating rink, and a ski hill. It will also feature a live performance theater, cinema, Legoland, an indoor water park, and eateries offering food ranging from gourmet meals to burgers and pizza – a range of options never offered in a shopping mall before. The entire shopping center will be completed by March 2020.

George Ritzer, a University of Maryland sociology professor, summed up his impression this way: “What the new mall is trying to be is a spectacle – actually, a number of different spectacles.”

“We have spent about $2 billion worth, plus we had another $3 billion dollars that had been spent by prior developers, so all-in, you’re looking at a magnificent $5 billion dollar project,” Paul Ghermezian, general partner of Triple Five Worldwide, the developer of American Dream, told Yahoo Finance recently. 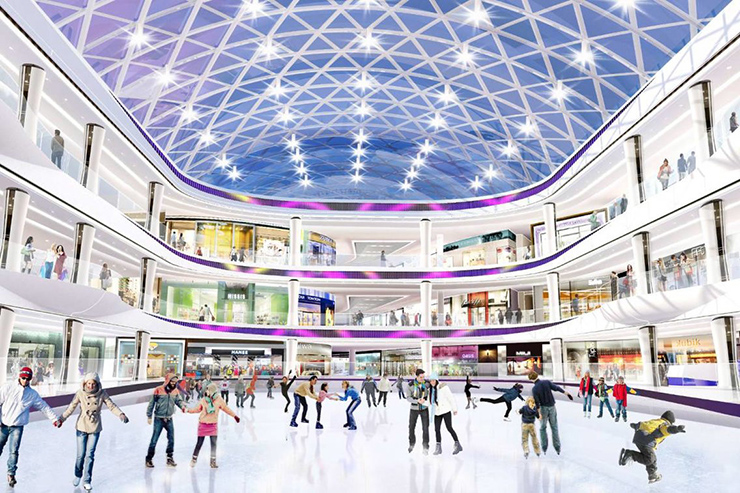 That’s taking quite a risk on an industry that has been very weak and that is forecast to remain so for years to come. In April, investment firm UBS predicted that 75,000 clothing, electronic, and furniture stores would close in the next six to seven years.

This is not the only challenge American Dream has had to deal with. Former New Jersey Governor Chris Christie once called it “the ugliest darn building in New Jersey and maybe America.” Construction was on and off for several years and there were a variety of roadblocks ranging from funding to lawsuits brought by the NFL; others still remain.

Despite the costs, delays, and obstacles, hundreds of well-known brands are opening shop there. Well-known specialty retailers like Saks Fifth Avenue, Barneys New York, and Tiffany & Co. will be joined by established and emerging designers, art galleries, a variety of restaurants, an aquarium and much more.

Ghermezian believes the apocalypse in retail has weeded out the weaker players, thereby leaving the survivors stronger and more competitive. That will “allow centers like ours... to actually take a bigger piece of that pie and do better,” he says....”At the end of the day, people are still social creatures and want to get out,” shop, and have a good time.

By offering attractions that will have particular appeal to teens, young, and young marrieds – among the few sectors in the economy that still have some discretionary funds – the mall is hoping to draw large crowds on an ongoing basis.

American Dream is going all out to provide consumers with a fun shopping experience. It will also create many jobs and bring many millions into New Jersey’s tax coffers.

Nevertheless, there are still some issues that will need to be resolved and that could cause headaches. For example, American Dream is located in Bergen County, an area where a law from the 1600s prevents stores from doing business on Sundays.

A more important consideration is whether American Dream will generate new business, giving the industry a much-needed boost, or lure shoppers away from nearby businesses, thereby adding to the industry’s woes. The mall’s owner, Triple Five Group, anticipates 40 million visitors once the mall is fully completed, and if this number is correct it will create intense pressure on the nine smaller malls in the area.

“There are shopping centers that are under-performing, and I think those are the ones that need to worry,” said Poonam Goyal, an analyst at Bloomberg Intelligence. “Some of the smaller malls that are just surviving – with American Dream opening they may have more struggles ahead of them.”

And shoppers, particularly those coming from New York City and other neighboring areas, will have to contend with what is becoming an urban nightmare: worsening commuting problems.

Will American Dream be a rousing success or a huge disappointment? With the holiday shopping season approaching rapidly we’ll learn the answer to these questions soon enough. Meanwhile, shoppers looking for bargains and having a fun day at the mall have something to look forward to.

Is The Time-Out Over Yet?