In a moment when memes are regarded as legitimate news outlets, the sight of moving vans this past Sunday on the Upper West Side of Manhattan appeared to fit perfectly with the narrative of New Yorkers fleeing their city amid a spike in crime, homelessness, and urban unrest. “The mass evacuation of Upper West Siders from New York City is in full effect,” local resident and Guardian Angels founder Curtis Sliwa told a New York Post reporter. “The moment I walked out on my block near Central Park West, there was a moving truck.”

In times of crisis, people take pause to evaluate their lives. Where do they really wish to live, work, and raise their children? Are the looters of early June to blame for the city’s decline, alongside the illegal fireworks of July, and the ongoing shutdown of restaurants, theaters, gyms, and cultural venues, as well as the uncertainty of schools reopening?

The New York Times had its own report the day before that confirmed the spike in demand for suburban homes. “They want room that New York City often cannot provide: a yard for their children to play in, and an office to work remotely,” reporter Matthew Haag wrote. “Many want land, even if it means being farther away from Manhattan.” 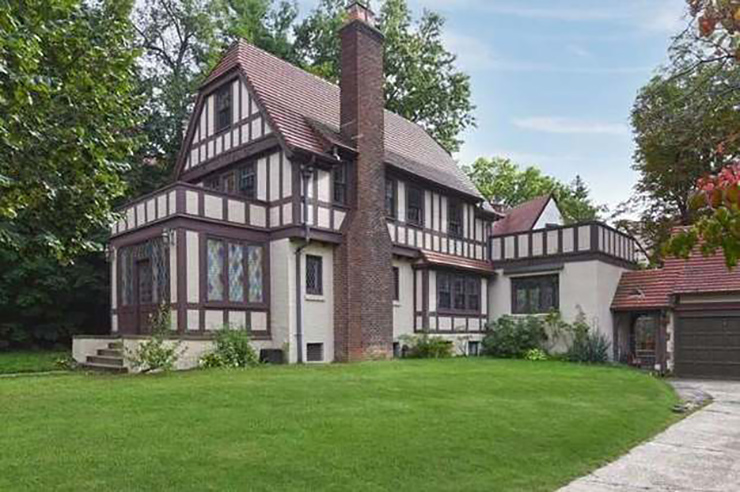 In Queens, this has been the reality for generations before the election of Mayor Bill de Blasio and the onset of the coronavirus pandemic. The typical biography of young Orthodox Jews in this borough begins as singles with roommates, then as young couples living in one or two-bedroom units. But with a second or third child, space becomes the priority for families. During Sukkos, apartment dwellers are faced with the choices of staying with their parents or walking to the shul sukkah, pushing a cart full of food. Unless one has a courtyard, balcony, or rooftop that allows for a sukkah, Orthodox Judaism seems designed for homeownership.

The noise of neighbors upstairs and next door contrasts with the space between unattached homes and the backyard where one can eat, play, swim, or grow plants at any time. With stagnant wages, rising expenses, and job losses, homeownership offers the opportunity to profit in the long term and provide an inheritance to one’s children decades into the future. So why stay in the city?

One can share memes of moving trucks and rioters, but there are many benefits to living within the five boroughs: lower property taxes, universal pre-kindergarten, walking distance to shopping and schools, and proximity to public transportation, playgrounds, and cultural institutions. In contrast to suburban towns and villages, where the schools, water, and political elements are governed as separate districts with their own abilities to levy taxes, the schools, utilities, and public services in cities fall under a single municipal government.

Information on properties is easily available online at the Departments of Finance and City Planning, such as property value, taxation, zoning, and violations. Elected officials have offices and staff that are responsible for answering questions related to city services. When power is down, a tree falls, or an application has not arrived, these are the people to call. We may not always agree with their political positions, but in so many cases our leaders are kept in office on the strength of their constituent services.

Public services in Queens are supplemented by volunteers and civic groups such as Hatzolah, the Queens Shmira, and Chaverim. Many of their members are young marrieds and singles – the type of people who seem to be moving out of Queens because they cannot afford the homes here.

With these factors in mind, it is no surprise that homes in neighborhoods such as Forest Hills, Kew Gardens Hills, Hillcrest, Briarwood, Holliswood, and Jamaica Estates remain mostly unaffected by the economic downturn of the pandemic. A price drop of $50,000 along with lower interest rates offered by banks can attract buyers who otherwise would have moved beyond the city line. A bigger price reduction can be counted towards renovations by the buyer who otherwise would not be able to afford the house. When selling a home, one must follow the market. When there is demand, allow for a bidding battle between buyers. But when the economy is shaky, it helps to lower the price to generate attention.

That is what I’ve done with my parents’ home in Forest Hills. Foot traffic has been slowed by the pandemic, as people worry about paying the mortgage, repairs, and taxes. But the home’s proximity to Beth Gavriel and the Queens Jewish Center, the shops of 108th Street, two bus lines, two highways, and Flushing Meadows, on a block with three other shomer Shabbos families, means that it still has enough potential for a Jewish buyer.

The recent completion of the Beth Gavriel mikvah and its ongoing expansion demonstrate that there is confidence in the Jewish future of Forest Hills. Likewise with the Ohr Natan mikvah in Briarwood and a new minyan that was organized last year in the Rego Park Crescents. Certainly, there are many young Bukharian families moving to eastern Queens, the suburbs of Long Island, and states to the west, but for those who choose to remain in Queens, there is ample infrastructure to live a full Jewish life. In Kew Gardens Hills, new synagogues are under construction on 77th Avenue, and another on 73rd Avenue. Hashevaynu has outgrown its space and announced its partnership with Aderes Eliyahu, Rabbi Teitz’s shul.

The death of New York City has been greatly exaggerated. Most of the friends speaking of the city’s decline moved out of New York a long time ago and seem to be posting doom and gloom to validate their own decision for moving out and to score political points.

We’ve built so much infrastructure here to simply abandon everything and run. We should not compare the uptick in suburban buying to the wholesale Jewish abandonment of Harlem in the 1920s and Brownsville in the 1950s. The former synagogues of those neighborhoods stand as unfortunate reminders of fear, as people fled crime and disinvestment by banks, businesses, and city agencies, during a climate of racism and mistrust.

The riots earlier this summer that shattered storefronts in Manhattan did not touch Main Street or Union Turnpike – not even Jamaica Avenue or Roosevelt Avenue. Shootings and muggings have picked up, but we must look at these incidents based on neighborhoods. At this time, Kew Gardens Hills is far from East New York geographically and statistically.

We will be moving out of Queens eventually, but not for political reasons, as the New York Post would have it. Our decision is based more on affordability and religious outlook. So many of our friends have moved to West Hempstead that with each visit we feel at home. The kosher shops on Hempstead Avenue, the scenery of Halls Pond Park, direct train service to Manhattan, and hashkafic diversity give this community the feel of Kew Gardens Hills at nearly two-thirds of the price and only a half-hour drive from the old neighborhood. It is no surprise that many West Hempstead families shop, work, and send their children to schools in Queens.

As Jews, when we make a life-changing decision, we should do so for the right reasons. The homes that we choose shape our lives and the character of our children. 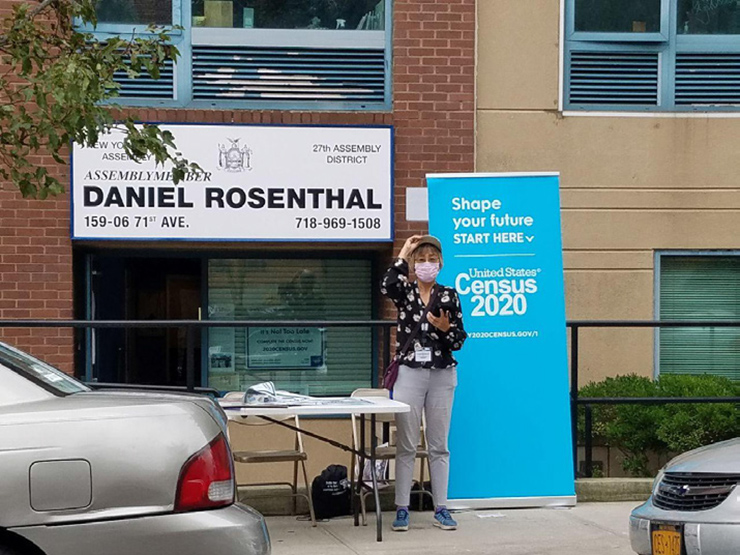