Columnist Note: I may have used the title of this article before, but I couldn’t think of another that would fit as well. Well, I did, but I used them all! It’s hard work naming a column! You want it to be catchy, to intrigue people... So here is the title, like it or not :).

I just spent the afternoon with my friend. I have written about her in past articles. She lives out of town and is always traveling to New York to date because not many single fellows are willing to make the three-hour drive to her town. She sometimes meets someone in Philadelphia because “it’s halfway.” Add geographically desirable to the list of “must haves” on the resume, because your bashert must be living within a 20-mile radius of your home – no farther. Don’t bother traveling for a date, it isn’t shayach. I would understand if we were in the horse-and-buggy era. Traveling was hard back then. Trips took days if not weeks and we’re complaining about a few hours? Not everyone in the same shtetel married each other. People traveled, even back then, without the luxury of cushioned heated seats and Waze! Granted, I don’t mind when she has to come in for a date because that gives us an opportunity to get together, but I feel bad that she is always the one on the road. A few weeks ago, she asked me to find out information about a potential date living in the city. I was able to find out some information, and I passed it along. During our get-together today, my friend told me that the fellow told the shadchan that he didn’t want to date her. My heart went out to my friend, because she has been in the parshah for almost two decades.

Both of us didn’t understand why he told the shadchan “no,” because according to my friend, the reasons he gave the shadchan aren’t real. What do I mean? Yes, my friend does live in another state, but is more than willing to move to the New York area. She is a physician assistant and has a license to practice in New York State. She even considered moving to New York a few years ago. I went apartment-hunting with her. My friend is also 5’2, but always wears heels, so she is really about 5’5. The shadchan told my friend that the grown, mature, adult male said that he didn’t want to date her because “she is short and lives out of town.” Huh? I asked how tall this giant of a man was. He’s about 5’8 (and that’s probably stretching the truth because everyone always adds a few inches. I went out with someone who was supposed to be six feet tall; it turned out that he was shorter than I was!). My friend told the shadchan that she is more than willing to move away from her family and would come up to New York for dating, and the difference in height isn’t that much. The shadchan apologized but said that the fellow remained firm in his reasons for saying no. What do you say to that? She brushed it off, but seriously? This “guy” doesn’t know what he wants because his answers didn’t have any foundation to stand on.

Another “friend” of mine told me that she was being “bothered” to date someone, but she was never going to. When I asked why, I honestly thought she had lost her marbles. Her reason: He was persistent. I asked her to explain. Although this young suitor has all the qualities she is looking for in a husband, she doesn’t want to date him because he has contacted every common friend that they have to redt the shidduch. I still didn’t see anything wrong with what was being done; he was using all channels to find a way to date a girl he likes. The girl rolled her eyes and looked at me as if I didn’t understand, which I didn’t. “There must be something wrong with him if he is bothering everyone to try to date me.” Excuse me? I know the guy and I think he’s pretty nice – worth at least one date. I couldn’t understand why she wouldn’t give him a chance. I told her it sounds like he is doing everything he could do date her, which I would take as a compliment if it were me, but she wouldn’t date him because he was trying too hard? “Exactly. It makes him desperate, and I don’t date desperate people.” I didn’t understand this girl. Isn’t it a sweet quality that he (or anybody) has taken an interest in you and he’s trying to find someone to redt the shidduch? His persistence should be applauded; he wasn’t giving up. It can be a very good quality (except if it’s attached to persistently stubborn). But she was using this as the only reason not to date him. She isn’t going to give the guy a chance because he showed too much interest. I don’t get it! Does she want to be ignored by someone she is interested in? Does she want the other person to play hard to get? If she had agreed to date him after one person tried to redt it, he wouldn’t have had to go to others and appear desperate. She caused his desperation! I pointed that out, but she told me “I didn’t get it.” She wouldn’t even answer the question if he’s someone she would actually consider dating. You see, that’s why I put the word friend in quotations. I can’t spend much time around people like this. I don’t want to catch whatever narishkeit is going through her brain.

Both the fellow and the young lady in this article were redt to people that were along the lines of what they were looking for (or so I thought) but turned down dates anyway. True, we are all entitled to want what we want and can decline a date if we so choose. I just don’t understand why the reasons given to the shadchanim aren’t hard, objective reasons! My friend said she was more than willing to relocate, and the height difference isn’t in feet, just inches, so what’s the big deal? My acquaintance said that the fellow was “too interested” in dating her and that was what turned her off. What??

I know dating is hard and life doesn’t get easier once you have a ring on your finger. There are added responsibilities, plus you worry about another person as much as you worry about yourself. No one should be coerced or forced to date someone. What I can’t understand is why these two individuals didn’t want to date these other two individuals. If there is another reason other than my friend is “short and lives out of town,” which is why the fellow turned her down, fine. We accept that. But at least tell the shadchan the true reason. Now my friend is left wondering what the real issue was. I remember being given answers like that when I was dating and wondering why whoever it was that I was dating couldn’t be mature enough to just say the real reason why he didn’t want to date me or continue dating me. Both of the reasons given to the shadchan can’t really apply here; the girl is more than willing to move, and she is only a few inches shorter than he is. This girl wants to date someone who doesn’t have an interest in her, rather than someone who has stated he is interested and would like to date her. To each his own. It’s no skin off of my back, but it all just makes me wonder about things and what decisions are based on. It also makes me think if we haven’t gotten ourselves into this situation of having a “shidduch crisis.” I just don’t know. 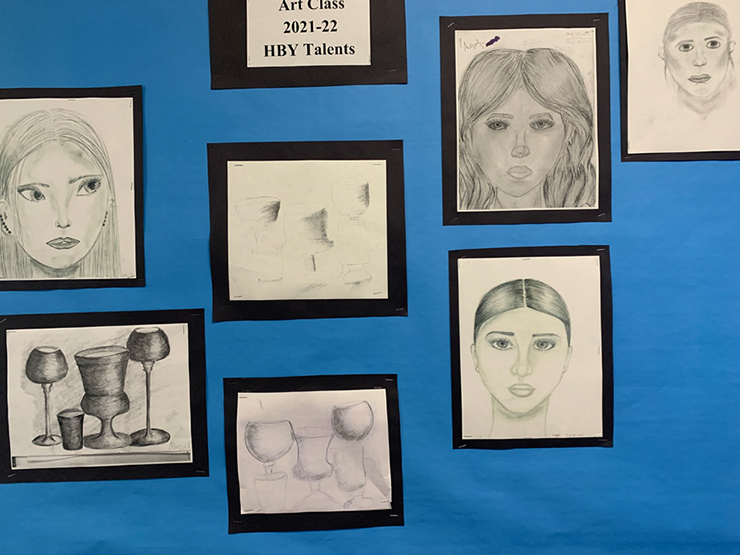 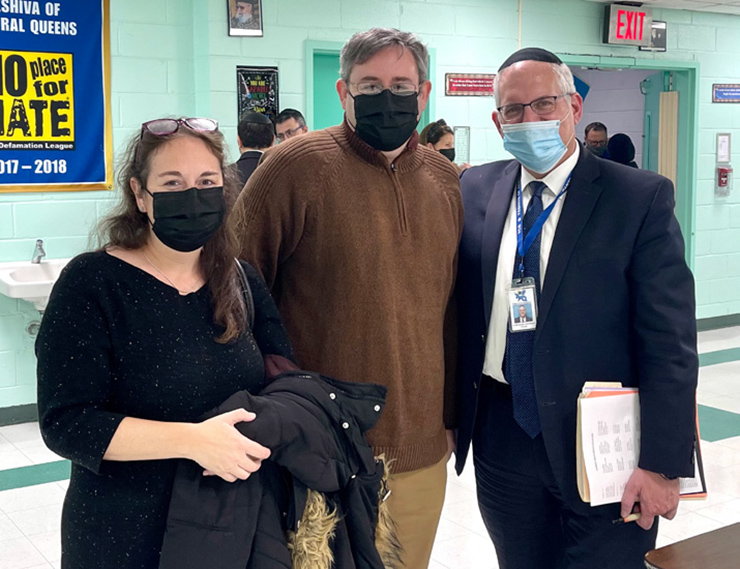 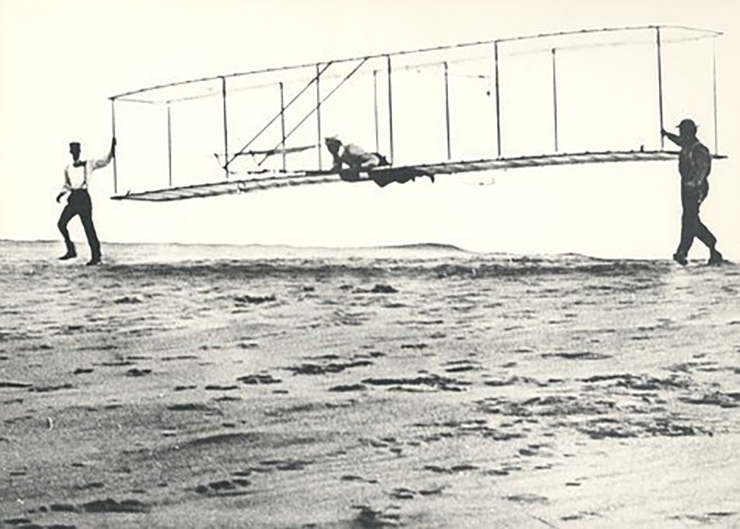 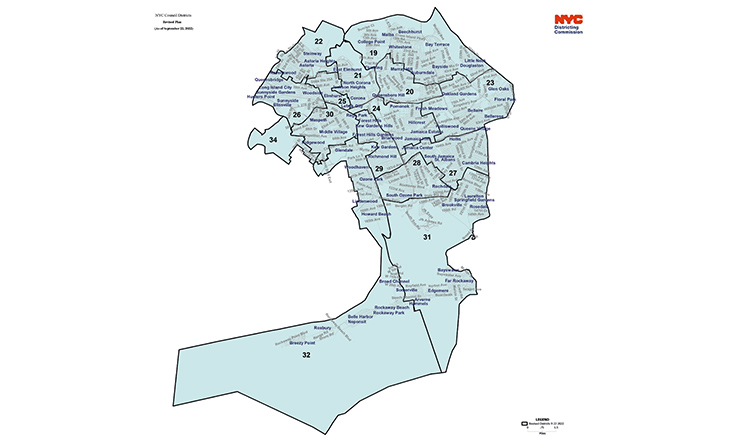