Rabbi Pinchas Kehati zt”l explains that when people argue to discover the truth or the best way to achieve a common goal rather than for victory or power, that dispute will achieve its goal. When people fight to empower themselves or to defeat others, they will not achieve their goal.

Hillel and Shamai argued with the common goal of determining the halachah. Their goal was achieved. Yet even though the law is almost always in accordance with Hillel, we still devote earnest effort to learning the Torah of Shamai, because it played an essential role in determining the halachah. The Gemara in Y’vamos (14b) notes that despite their differences, Hillel and Shamai and their students treated each other with mutual respect and friendship.

Rabbi Moshe Besdin zt”l described Korach to my fifth-grade class as “the first politician.” He appealed to the people with high-flown rhetoric about how “all the congregation is holy,” proclaiming that all were equal, and that Moshe and Aharon had no right to elevate themselves. But beneath the fine words, what Korach really sought was to empower himself.

Honest debate is the essence of Judaism. Most of the Gemara consists of debates and an attempt to understand the reasoning of all sides.

Principled debate and discussion are also the core of democracy. When we discuss the burning issues of the day in a spirit of mutual respect, we come to understand each other’s needs and work to achieve common ground.

Over the past few years, the political debate in the United States and in Israel have taken on too many of the aspects of a dispute that is not for the sake of Heaven. Name calling, insults, and a rigid adherence to ideology and party solidarity that prevents principled compromise rule the day.

On the surface, the Bennett-Lapid government was the dream of those who seek argument for the sake of Heaven. It brought left and right, religious and secular, Jew and Arab together to address the common concerns of all Israelis. The government had significant accomplishments. The Knesset passed a budget for the first time in three years, making it possible to finally allocate funds to meet pressing needs. Constructive engagement, rather than bombastic confrontation with the Biden administration, made sure that American support for Israel remained bipartisan and seems to have succeeded in preventing a US return to the Joint Comprehensive Plan of Action (JCPOA) that would have given billions of dollars in sanctions relief to the terrorist regime in Iran.

The inclusion of the independent Arab party, Ra’am, in the government was a major step forward. Mansour Abbas, the leader of Ra’am, has said that Israel is a Jewish state and will remain so. He rejects the claim that Israel is an “apartheid” state. His main concern is fighting crime and improving health care, education, and infrastructure in Arab towns and neighborhoods. When an Arab leader decides to focus on improving the quality of life for his constituents as citizens of a Jewish state, that is something to be encouraged.

While the rhetoric was about a government that brought Israelis together, the reality is that it was a government built on personal vindictiveness and the marginalization of an important segment of Israeli society.

In each of the four elections held since April of 2019, right-wing parties have won a majority. The failure to form a right-wing Likud-led government, and the eventual formation of the outgoing government, was due to the antipathy of three people to Benjamin Netanyahu. Naftali Bennett was Netanyahu’s chief of staff and managed his campaign to lead the Likud. Avigdor Liberman managed Netanyahu’s first campaign for Prime Minister and was Director General of the Prime Minister’s Office. In 2013, Netanyahu and Liberman ran on a joint list. Gideon Sa’ar was the number two man in Likud and served as Cabinet Secretary. Bennett, Liberman, and Sa’ar were important Netanyahu allies who came to feel betrayed by him. Their desire to defeat Netanyahu was so great that they made common cause with Yair Lapid and left-wing parties like Labor and Meretz to form a government that excluded Likud.

The government proceeded to take a number of initiatives on kashrus, conversion, and the regulation of kosher phones that were seen as undermining the authority of the Rabbinate. The merits of these various initiatives are debatable. But the fact that they were all pursued at once by a government that was founded on excluding the chareidim contributed to the image of a government that sought to undermine chareidi society.

Had some of the chareidi parties been included in the government, the coalition would have had enough seats in the Knesset to withstand defections. Individual Knesset members could have been given the go-ahead to vote against the government on issues of personal conscience, knowing that this would not bring the government down.

To be sure, finding common ground between the parties in the current government would have been difficult and perhaps impossible. But the refusal to attempt, or even consider, including the chareidi parties in the government essentially proclaimed an important segment of Israeli society to be beyond the pale.

The right wing has not acted for the sake of Heaven either. The antipathy of Bennett, Sa’ar, and Liberman was towards Netanyahu personally, not towards the Likud. If Netanyahu had stepped aside gracefully, another Likud leader would have probably been easily able to form a government. Netanyahu’s insistence on continuing to lead the Likud led the Likud into the opposition.

A political process that is based on backstabbing, vindictiveness, marginalizing large parts of the population, and striving for power at all costs is a system in which we are all losers. We should demand something better from our politicians and from ourselves. G-d has given us the opportunity to restore Jewish sovereignty in our historic homeland. With that opportunity comes great responsibility. Israel faces many challenges. There is plenty of room for honest disagreement over how to meet them. Let us conduct the debate in a spirit of mutual respect. Let us listen to each other and learn from each other. Let us work together to find common ground.

Conducting an election campaign in the spirit of a dispute for the sake of heaven is an enormous challenge. But to paraphrase our Israel National Anthem, “I still have not lost hope.” For a people who kept hope alive for 2,000 years and, with G-d’s help, returned to rebuild our historic homeland, no less of a challenge will do. 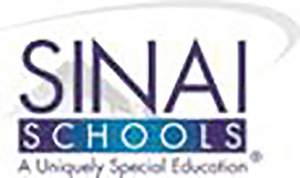 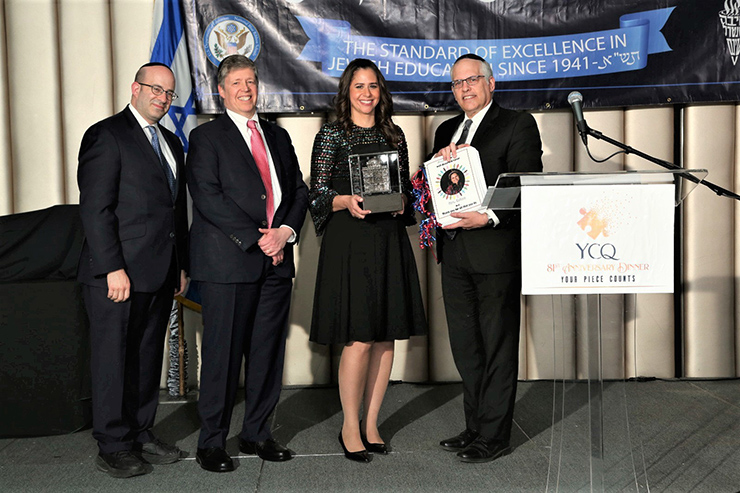 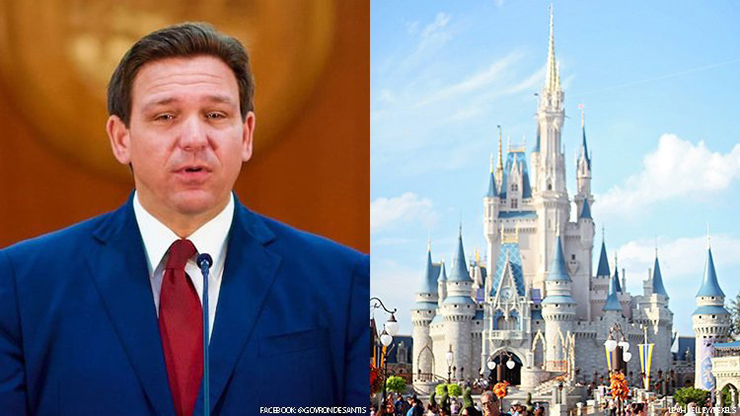 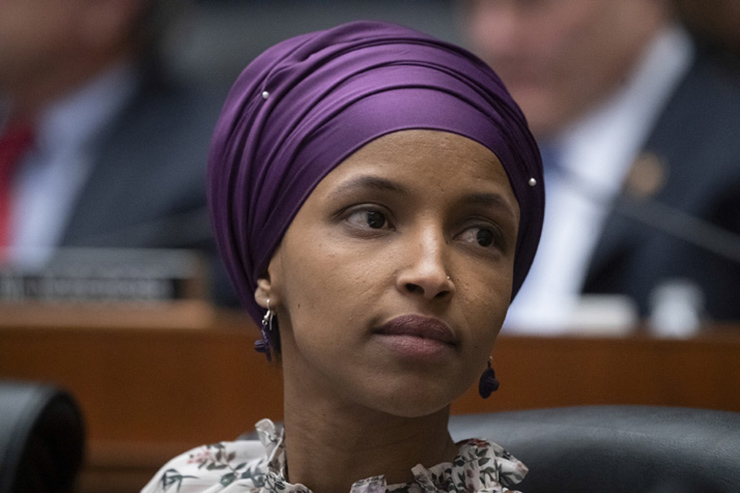 What To Do At a Vort 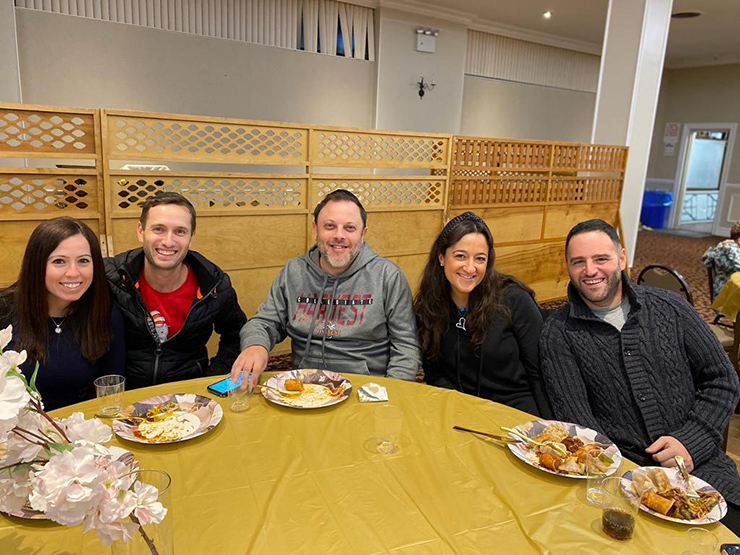