Rav Noach Isaac Oelbaum, mara d’asra of Khal Nachlas Yitzchok in Kew Gardens Hills, related that there is no real way to choose which area to focus on to be maspid Rav Chaim Kanievsky zt”l, as he was all encompassing. A resident of Los Angeles who learned with Rav Chaim over 60 years ago in the Lomza yeshivah in Petach Tikvah brought a remez from a pasuk on why Rav Chaim was niftar at Parshas Tzav. “Chok olam l’dorosam”: Chok refers to Rav Chaim, whose Torah will live on forever.

During the same period, the government gave a stipend to outstanding bachurim who spent their time learning. To make their decision, they conferred with Rav Reuven Katz, a talmid of Rav Isser Zalman Meltzer, who wrote that Rav Chaim was already a perfectionist at two s’darim in Shas. Moreover, s’farim were published by the Rogatchover Gaon, Rav Yosef Rosen, and it was Rav Chaim who was tasked with deciphering its nuisances to then be published with his thoughts. But Rav Chaim, in his humility, did not want his name on the cover, so it was only included inside.

Rav Oelbaum mentioned in the name of Rav Shlomo Kanievsky that when his father Rav Chaim would learn Shulchan Aruch, he would use the Biur HaGra commentary containing terse citations that do not mention the Gemara’s topic, only the line of reference. A typical person would have to do quite a bit of research to begin to understand what the Gaon meant, but Rav Chaim would immediately comprehend the concept. 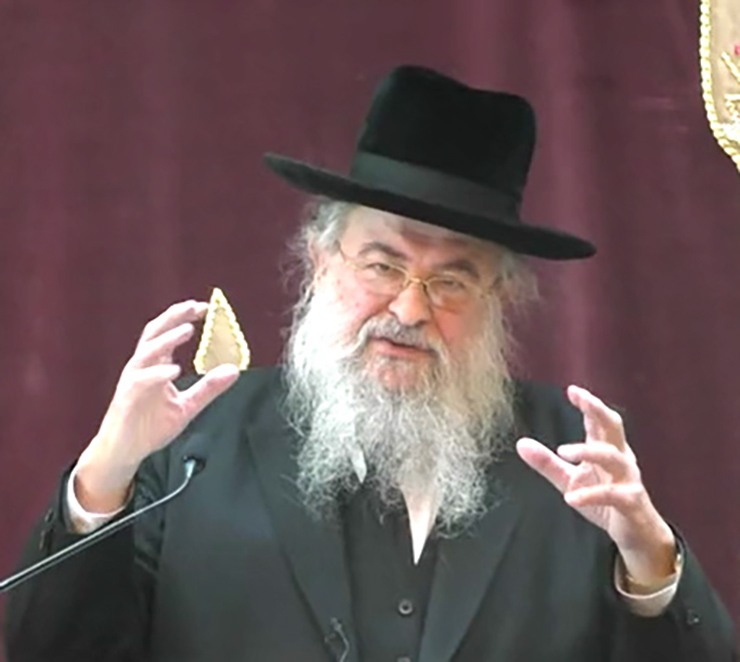 The Kanievskys followed the ruling of the Chazon Ish and did not use electricity on Shabbos in Eretz Yisrael, relying exclusively on a kerosene lamp that often barely lasted. Rav Chaim, like any doting father, played games with his children, but his were quite different. According to Rav Shlomo, in the darkness of the rooms, they would pull a sefer from amongst thousands lining the walls of their home, and Rav Chaim would in turn say where it belonged. In another childhood activity, Rav Shlomo recalled how his father would be able to recite the mar’ei makom to maamarei Chazal from MiKol Maamarim U’Pisgamim, a sefer that covers the gamut of Torah.

Rav Oelbaum explained how the loss of Rav Chaim is not only the loss of a gadol ha’dor but also of our mofeis ha’dor, a term that the rav used years earlier when he memorialized Rav Chaim’s father, the Steipler zt”l. During the Gulf War, the scud missiles were flying, but Rav Chaim said Bnei Brak had the sh’mirah of all the blatt Gemara that are being learned and that the citizens did not have to wear gas masks. As the story was told, Rav Chaim was informed that a missile landed in the holy city, to which Rav Chaim again said it did not. Upon investigation, it was revealed that the missile was on the border of Ramat Gan. 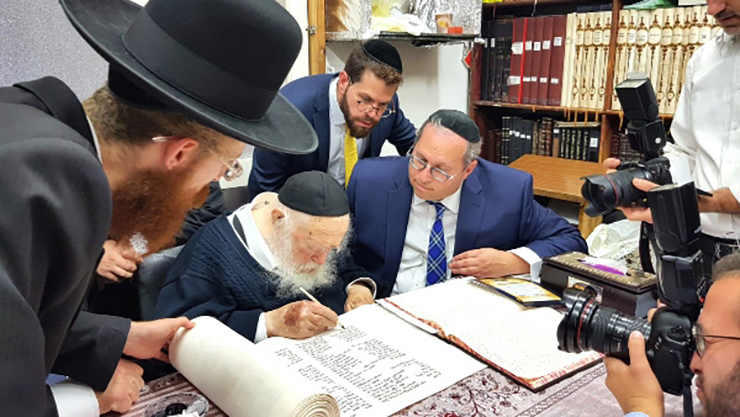 Rav Chaim made a siyum every Erev Pesach on the entire Shas, including the Yerushalmi, Rambam, Tur, Shulchan Aruch, Zohar, and midrashim. When there was an Adar Sheini, Rav Chaim took advantage to compose a sefer. With the p’tirah of Rav Chaim, the world is covered in darkness, as it has lost the three pillars needed for the world to stand: Torah, avodah, and g’milas chasadim. Rav Chaim, who was a prodigious masmid and had an unbelievable learning schedule, had time to take off hours and hours to deal with the problems of klal Yisrael, helped thousands of b’nei Torah and families who were in desperate need, and answered questions that came in from around the globe.

When the Chofetz Chaim passed away, the great Rav Meir of Lublin delivered the hespeid, according to Rav Yitzchak Flockser, a talmid of Lublin who was part of Agudas Yisrael. When Avraham Avinu was niftar, all the umos ha’olam got up to be maspid, “Woe is to the world that lost its manhig (ruler), and woe is to the ship that lost its captain.” Rav Meir Shapiro explained the order of the two clauses, as a generation without a ruler has nothing to grasp and there is no future, but this is not to say that the ruler needs the people of the generation, as he can sit in his corner immersed in learning and his own personal growth. Rav Shapiro explained that by a ship, the captain needs the ship, and the ship needs the captain to stop it from capsizing. When a ship goes down, the captain goes down with it, as he is the last to leave – that was the Chofetz Chaim. The same way the world needed the Chofetz Chaim, he felt the pain and Jewish people. The same is for Rav Chaim, who felt the responsibility for all of klal Yisrael. 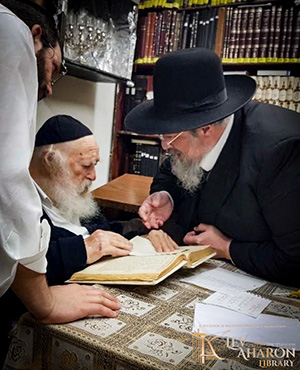 Eretz Yisrael is protected by the tzadikim. All the pain we see in this world remains, and we do not know who will be there to hold us up. Rav Oelbaum told the crowd that all the levels that Rav Chaim left behind are now open for anyone to grab, especially as we lost another link that connects us to the g’dolim of the previous generation. Rav Oelbaum called out to Rav Chaim: “Make an asifah in Shamayim, bring together your father, the Steipler, your father-in-law, Rav Elyashiv, and the three of you can make a beis din to continue to pasken and bring an end to the pain of this world.” 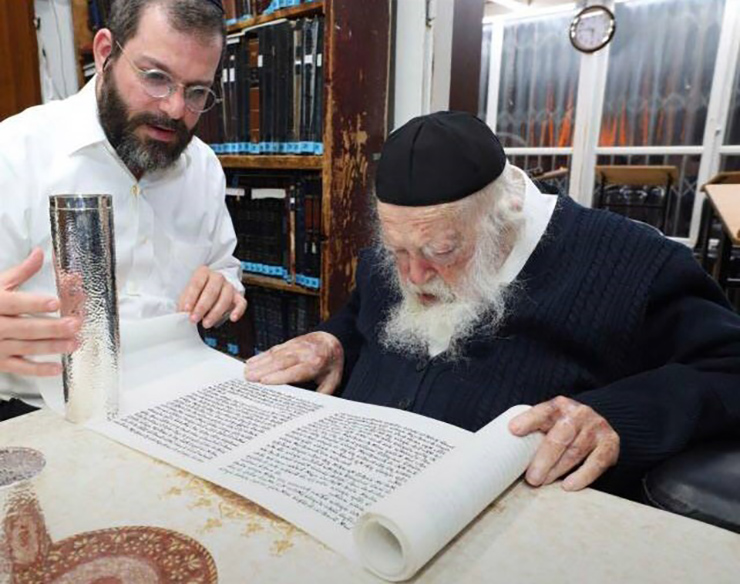 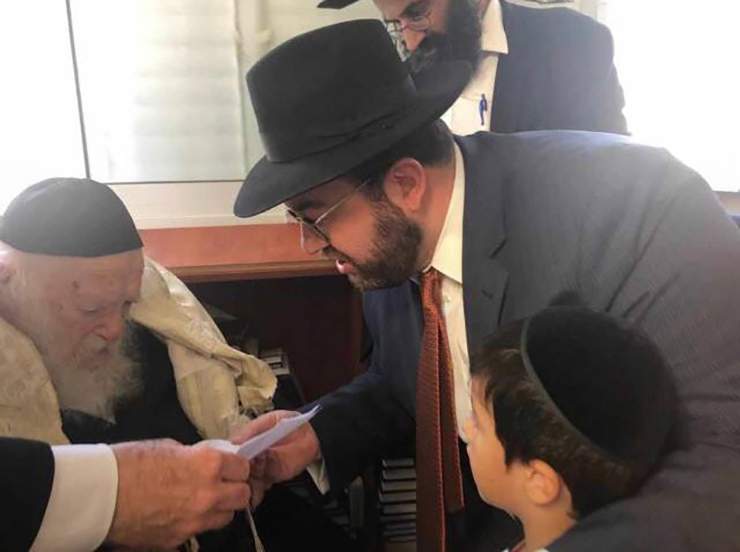 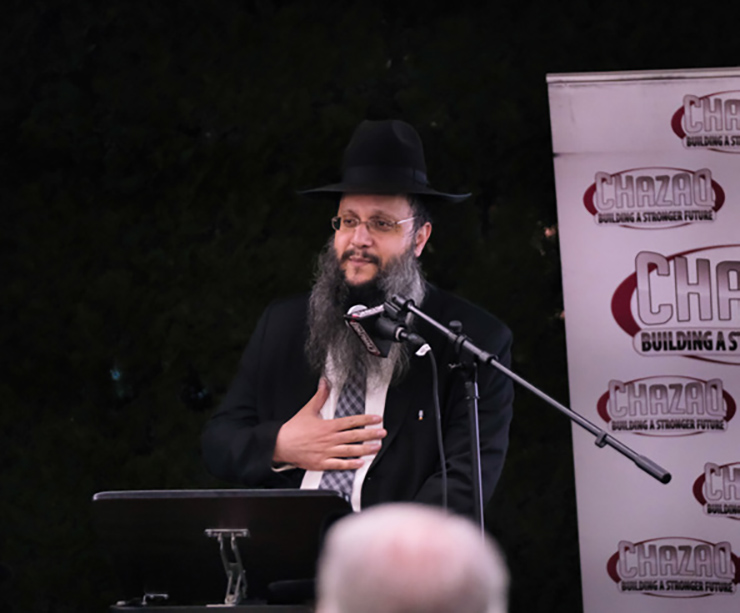 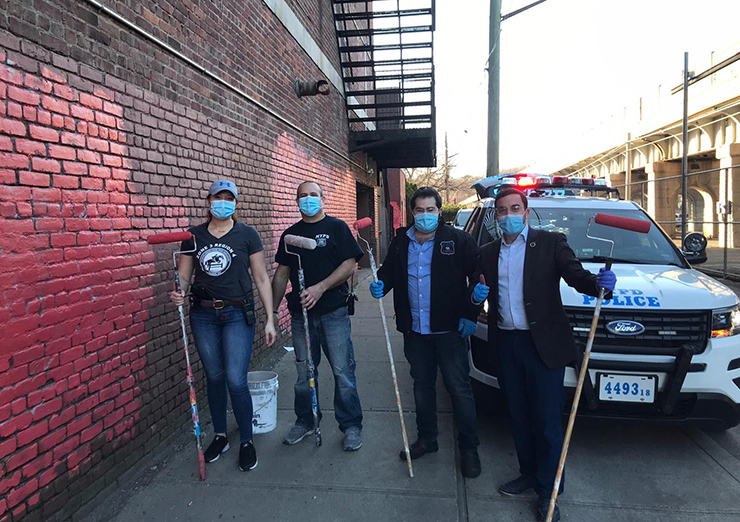 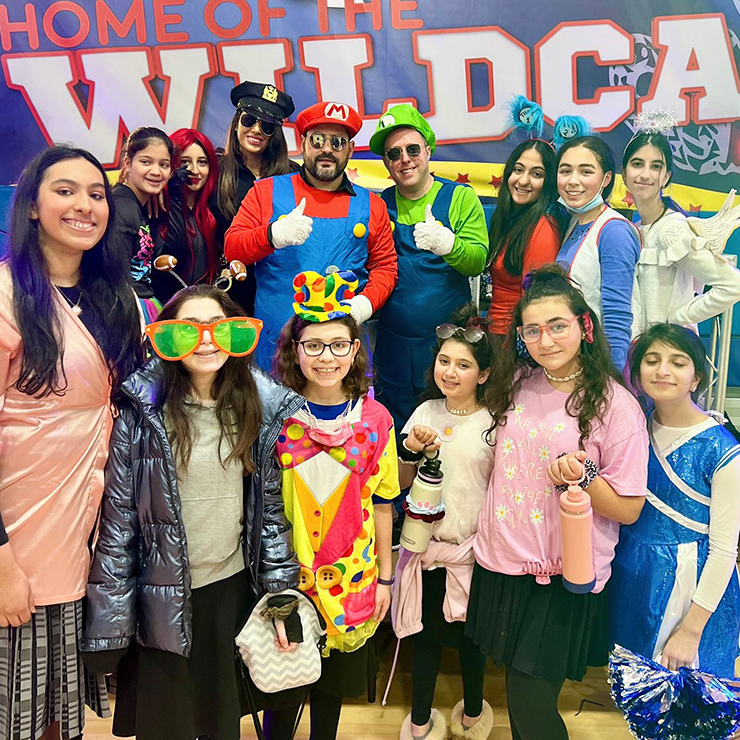