How great are Your works, Hashem; You make them all with wisdom, the world is full of Your possessions.

This phrase is a phrase we may often think about and even express verbally when we see one of Hashem’s wonders of creation, often on a trip or vacation. The following story related by HaRav Shimon Schwab in Rav Schwab on Prayer (ArtScroll / Mesorah Publications) illustrates to us that we don’t need to be “away” to see wonders of Hashem’s awesome creations:

In this connection, I would like to relate a personal experience. I had traveled overseas many times on slow, conventional, propeller-driven airplanes, which flew at relatively low altitudes. One could clearly see the ocean below, and I would make the requisite brachah of Oseh Maasei B’reishis upon seeing it. However, the first time I traveled in a jet aircraft, I was greatly impressed by the fact that the plane flew above the clouds. “Imagine, I am above the clouds!” I thought. When it came time for Shacharis, I asked for, and was given, a small cubicle in which I could put on my talis and t’filin and daven in privacy. During my t’filah, as I gazed down at the clouds, and out at the vastness of the clear, sun-drenched sky, I was greatly moved as I said, Yotzeir or u’vorei choshech…kulam b’chochmah asisa.

When I returned, I told Rav Breuer that never had I had such kavanah and his’or’rus (awareness) while saying “Mah rabu maasecha, Hashem,” as I did on that flight. He listened quietly to my enthusiastic report, and responded with a smile, “I have the same feeling when I look at a simple daisy.” (He used the German word “genseblumchen.”) Viewing the growth and structure of a simple flower that emanated from a tiny seed tells us just as clearly, Mah rabu maasecha, Hashem.

The Rambam mentions contemplation of the awesomeness of Hashem’s creations as one road to both fear/awareness of Hashem and love of Hashem. HaRav Avigdor Miller zt”l, through his multitude of shiurim, s’farim, superior knowledge of science, and his personal life practice, taught us the power and importance of this great service of Hashem. He taught us that we can accomplish with a “simple” apple or apple seed what HaRav Breuer accomplished with a flower. We don’t even need to leave our homes to go outside. Consider the service to Hashem, the awareness of Hashem, and love for Hashem when HaRav Miller ate an ordinary apple:

Rabbi Miller once picked up an apple from his table, which often had some fruit on it, and took a deep breath. His grandson, who was watching him unobserved, overheard him saying in Yiddish: “Ay, Father in Heaven, You bothered Yourself to make this magnificent fruit. Its color is so beautiful, a deep tantalizing red.” He paused a moment to take in the color, then continued: “And you even added a smell so savory, a temptingly delicious aroma with which it is perfumed.” He paused to relish the smell. “And you did all this for me. Then you put in so much preparation in order to get it to me. You also gave me eyes, hands, teeth, and a tongue, and they all benefit from this fruit. You did this all with Your kindness because You love me. And I love You so much for this. How can I begin to thank you for all this?”

He then proceeded to make a slow brachah. After chewing slowly, he exclaimed, “Ay, Father in Heaven, exactly how we have spoken, so it is, indeed a delicious gift.”

(From Rav Avigdor Miller: His Life and His Revolution, Judaica Press, by Rabbi Yaakov Y. Hamburger)

Consider these additional facts just about the peel of an apple:

The peel is thick enough to ward off undesirable elements getting inside the apple while still thin enough to eat without difficulty. The color of the peel helps us to know when it is ripe and appealing to our eye.

It contains many health benefits. It contains about 72 percent of the apple’s antioxidant vitamin E and bone-building vitamin K. The skin also holds nearly half the total iron and all of the apple’s folate. Apples produce antioxidants called flavonoids, which neutralize unstable molecules called free radicals before they damage healthy cells.

The apple was only an example. Inside our homes and our bodies are an abundance of displays of Hashem’s awesome wonders, testifying to His Oneness. Contemplating one each day will enhance and deepen our emunah and awareness and love of Hashem. It will also remind us of Hashem’s constant 24/7 kindness to us, and strengthen our gratitude to Hashem, which we should be constantly thinking about and expressing.

Whether it is through previous knowledge we may have, books, or Google, if we begin today with “one a day,” we will not run out of body parts, foods, and other gifts we enjoy daily, which we may have taken for granted until now. The first that comes to mind in these challenging days is the ability to take a deep breath and the wonders of the heart and air we breathe. May we all merit soon to freely enjoy all the wonders and gifts of the outdoors; but in the meantime, we have much more than enough inside our homes to appreciate Hashem’s awesome creations and to contemplate and express our gratitude to Hashem for His constant and abundant kindness. 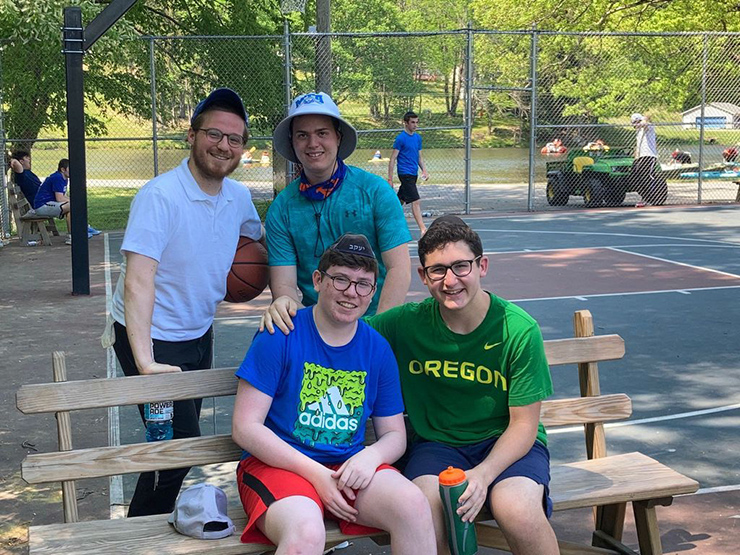