One of the most famous Chanukah songs is the holiday tune known by its first line: “I have a little dreidel, I made it out of clay.” It is the first Chanukah song that preschool toddlers learn; it’s the song whose lyrics are printed on plastic holiday ware, and it’s the Jewish folk song seemingly so old that it’s no longer attributed. But it’s actually called “My Dreidel” – it exists in both English and Yiddish versions. “And,” says Mrs. Susan Wolfe excitedly, “I know who wrote it!”

She relates: When he was a young man growing up on the Lower East Side, my grandfather, Sam (Shmuel) Goldfarb studied music at Columbia University and later served as the head of the music department of New York’s Board of Jewish Education. While living in Brooklyn Heights after his marriage to my grandmother, eking out a living between the Kane Street Synagogue and the Bureau of Jewish Education, my grandfather wrote a song that he called, “My Dreidel.” In fact, along with his brother, Israel (Yisroel), he wrote many liturgical and holiday melodies, including the famous and haunting tunes used all over the world for “Shalom Aleichem” and “Adon Olam.” But there is no doubt that “My Dreidel” is the most famous of them all.

Grandma and Grandpa moved west just after the Stock Market Crash of 1929. They settled in Seattle, Washington, where he took a job as a music director at a local synagogue, organizing and directing adult and children’s choirs, producing holiday plays, and training boys for their bar mitzvah, until his retirement in 1969. I remember well how he loved Chanukah. Making the blessings on the candles was never enough; we always sang loads of Chanukah songs as we gathered around the menorah, burning brightly on the piano while Grandpa played.

I remember when I was in fifth grade; my music teacher introduced the song to our class, which we would sing at the holiday program. I raised my hand to get her attention.

“My Grandpa wrote My Dreidel!” I boasted enthusiastically.

“No one ‘wrote’ My Dreidel,” she answered condescendingly. “It’s a Jewish folk song.”

It took a call from my father to convince her otherwise.

Years later, as the mother of a preschooler, I found myself frying latkes at my son’s school’s Chanukah party. While the children and their mothers all sat in a circle enjoying hot latkes, the teacher read a story to the children. Then she began to sing, “I have a little dreidel...”

My son Sam, named for his great-grandfather, the composer, waved his hand wildly. “My mother’s grandpa wrote My Dreidel,” he squealed with delight, and before he could be contradicted, I nodded my acknowledgment. People were surprised, and I recounted what I knew about Grandpa’s early days and how he composed the famous tune. What I didn’t know was the impact this story would have just a few hours later.

That afternoon, the same teacher taught another class of preschoolers. At their Chanukah party, someone mentioned the song and one of the dads’ hands shot up in the air. “You know,” he began, “My wife’s great-uncle Sam wrote My Dreidel.”

The teacher responded by informing him that earlier in the day, another child with his mother, had already laid claim to their grandfather’s song. He had no idea – and neither did I – that I had a cousin living in the same city, with children in the same preschool! That’s how we discovered a new set of cousins, 3,000 miles and 87 years removed from a modest New York apartment, where so many family stories began, with a young man scratching out a cheerful tune in his well-worn composition book.

(based on the novel “The Promised Hand” by Susan Wolfe) 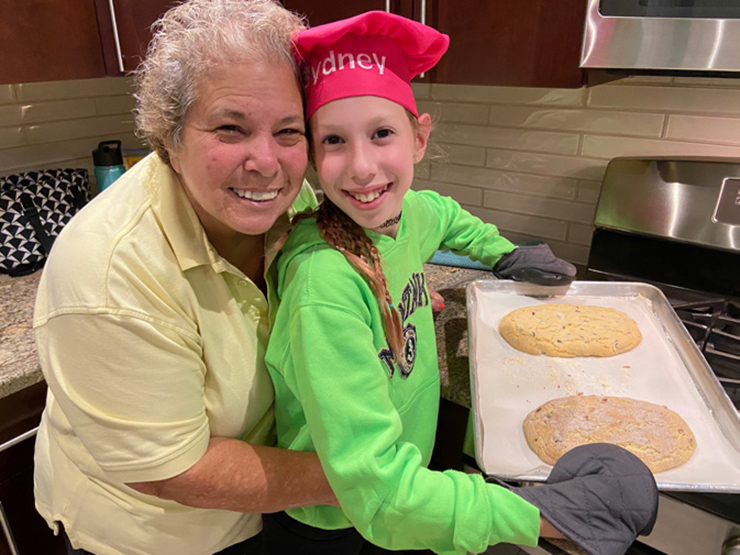