On May 15, 1967, the Israel Independence Day parade celebrating 19 years was held in Jerusalem. It was a parade with historical significance. The parade also faced opposition from many nations.

They opposed the staging of a military parade. Opponents complained that the decision to hold the parade in Jerusalem was in violation of the Israel-Jordanian Armistice Agreement of April 3, 1949, which prohibited the display of heavy armaments on either side of Jerusalem due to the close proximity to each other’s borders.

At this time, Jerusalem was a divided city in the aftermath of the 1948 War of Independence. The Old City was controlled by Jordan, and West Jerusalem was part of Israel.

Israel had informed the United Nations in detail of the planned minimal display of light arms. Prime Minister Levi Eshkol had prohibited the display of any heavy weapons. There was no infringement.

A spokesman for the military observers of the United Nations Troop Supervision Organization, UNTSO, expressed concern, stating that the parade will “intensify the already dangerous situation” in the Middle East. However, plans for war against Israel were already underway.

The other objection was the belief that the parade threatened the international status of Jerusalem as provided by the United Nations partition plan of November 29, 1947, otherwise known as UN Resolution 181. Nations still hoped for the internationalization of Jerusalem.

Among those who refused to participate were Great Britain, France, West Germany, and the United States – nations with good relations with Israel, to varying degrees. The USSR (the Soviet Union) boycotted the event. Other nations’ representatives were not expected to be present. Lieutenant General Odd Bull, Chief of Staff of UNTSO, was also expected not to attend.

In contrast, Israel’s former Prime Minister, David Ben-Gurion, also announced one week in advance that he would be a no-show, stating that his opposition was on account of Israel’s refusal to display heavy weapons. According to Ben-Gurion, since Jordan was in violation of the armistice agreement for not providing free access to Jewish holy places within the Jordanian-held Old City, Israel was under no obligation regarding the display of weaponry.

At 9:30 a.m., with thousands of selected guests packing the stadium of the Givat Ram Campus of the Hebrew University, General Uzi Narkiss, commander of the Israeli Army’s Central Command, as parade marshal, addressed President Zalman Shazar: “Mr. President, do we have your permission to start the ceremonies?” Shazar nodded and the parade began.

The parade included 1,600 troops, along with jeeps, trucks, and command cars. Every armed unit in the IDF was represented. There were some anti-aircraft guns, mortars, anti-tanks guns, and small artillery of 30 to 40 mm on display.

Levi Eshkol defiantly stated, “Even with the absence of foreign diplomats, all will know that the parade was under way.”

As the procession advanced through the streets, greeted by over 200,000 onlookers, bugles blew, drums rolled, flags were flying, and pennants were waving in the light breeze.

There were other celebrations the night before, but most attention was focused upon Jerusalem.

The masses of cheering crowds were not aware of what lay ahead in the very near future.

In an already tense environment, with increasing terrorist border infiltrations and Syrian guns entrenched upon the Golan Heights and shelling Jewish settlements, the situation became even more threatening. As the parade proceeded, word reached the Prime Minister via the Army Chief of Staff, General Yitzhak Rabin, that there were reports of Egyptian troop movements in the Sinai Peninsula – 80,000 troops and 900 tanks! This action took place in broad daylight. It was so blatant that there were doubts as to the intentions of Egyptian President Gamal Abdel Nasser. Perhaps he was bluffing? Maybe it was an act of bluster to assert his leadership among Arab nations in the region! Furthermore, Egypt was already engaged in a civil war within Yemen; there was doubt that they would be planning for war.

It soon became apparent that Egypt all along was indeed preparing for war.

The next day, May 16, Radio Cairo threatened: “The existence of Israel has continued too long… The peak hour has come. The battle has come in which we shall destroy Israel.” Later that day, Nasser, in a letter to UN Secretary General U Thant, demanded the withdrawal of United Nations Emergency Forces (UNEF), comprised of 4,000 troops, from the Sinai Peninsula and the Gaza strip. Two days later, U Thant hastily acquiesced. On May 20, with UN troops withdrawn, there was further escalation of hostility as Nasser proceeded to close the vital Straits of Tiran to Israeli shipping. War was looming.

On the third day of the ensuing Six-Day War, just over three weeks later, all of Jerusalem was reunited under Israeli sovereignty. Just a few weeks earlier, the people of Israel were celebrating sovereignty over the New City of Jerusalem; now the entire city was under Israeli control.

The next year, there was a spectacular Independence Day parade with over 500,000 in attendance in united Jerusalem. At the parade, the military display was out in full force, the Israeli Air Force, which had performed so spectacularly the prior year in defending Israel, put on a dazzling show.

Both parades have a unique place in the history of Jerusalem and Israel. From one parade to the next, the status of Jerusalem was in transition, as was Israel.

Larry Domnitch lives with his family in Efrat. He is the author of The Impact of World War One on the Jewish People, recently released by Urim Publications. 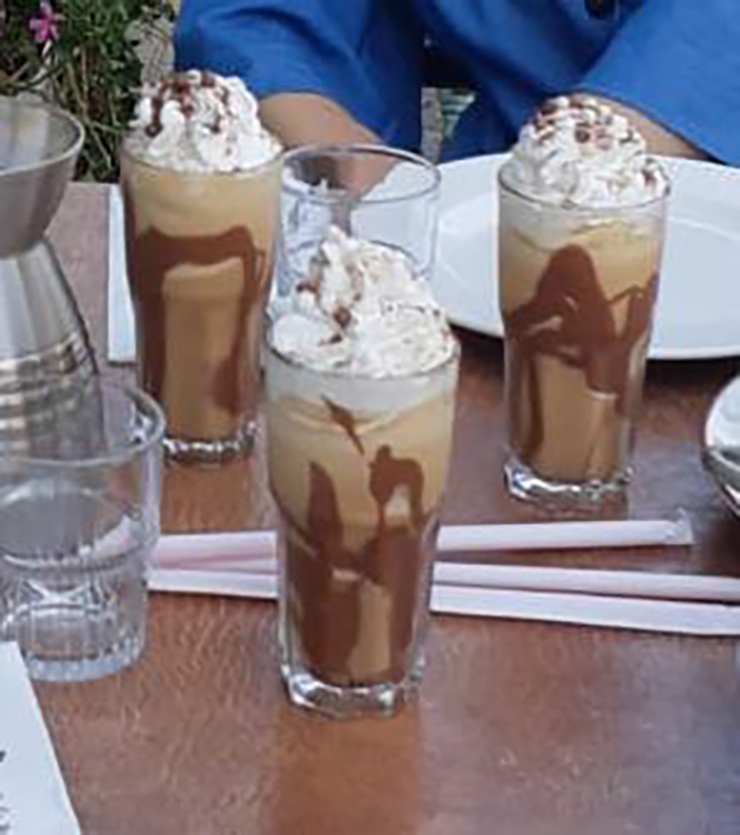