This weekend, the nation reacted to the news that there were two mass shootings, one in El Paso, Texas, and the other in Dayton, Ohio. In an all too familiar and an all too predictable reaction, every side of the issues said what they always say. There was little to no mourning for the victims of the tragedy, because the nation is too engrossed in political point-scoring to focus on the humanity.

This situation is unique as the two shooters seem to be complete opposites politically. The El Paso shooter posted a white-supremacist, anti-Hispanic manifesto. The Dayton shooter has an online profile littered with support for Elizabeth Warren, socialism, and climate change. The El Paso shooter frequented 8chan, which has become a site for white supremacists, and hated both the Democratic and Republican Parties. The Dayton shooter consistently retweeted and promoted the language of Antifa, Democratic Socialists of America, Bernie Sanders, and Alexandria Ocasio-Cortez. 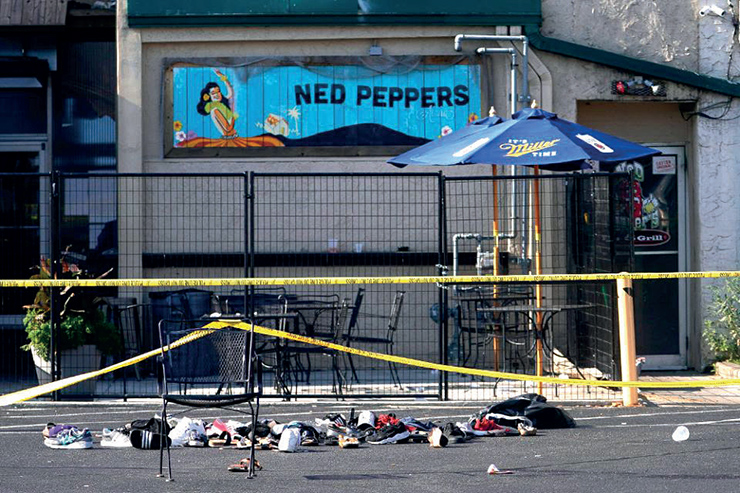 Evil has no political party. Evil has no consistent ideology. Certain ideologies, like white supremacy, lend themselves to evil, but that does not mean that those ideologies hold the monopoly on evil. An Islamist terrorist detonated a car bomb in Egypt that killed 20 people on Sunday. Chicago had a bloody weekend with seven killed and dozens wounded in shootings. Evil, however, cannot be combated when it is not acknowledged, or the blame is misdirected. Both sides of the political aisle misdirect their ire in the wake of these tragedies.

House Minority Leader Kevin McCarthy (R-CA) blamed mass shootings on video games. “But the idea of these video games that dehumanize individuals to have a game of shooting individuals and others – I’ve always felt that this is a problem for future generations and others,” McCarthy said. President Trump echoed a similar notion in his remarks to the nation on Monday. “We must stop the glorification of violence in our society. This includes the gruesome and grisly video games that are now commonplace.” Video games are played by millions of people around the world. Blaming video games on mass shootings by simply looking at the violence content is obfuscating the issue.

Another common obfuscation is blaming guns. The New York Post ran a front-page op-ed calling on President Trump to “Ban Weapons of War.” The article does not define that weapon. Automatic weapons have been illegal since 1934, and the Assault Weapon Ban from 1994-2004 had zero impact, according to FBI statistics. The New York Times ran a headline that says, “Trump Condemns White Supremacy But Doesn’t Propose Gun Laws after Shootings.” Apparently, objective news coverage includes preferred policy proposals within the headline. CNN reported the lie that, in February 2017, President Trump repealed a ban on firearms sales to the “mentally ill.” The reality of that repealed legislation was it banned firearms sales to Social Security recipients who needed third-party help on their finances. The Trump administration correctly said that this was not a due process for losing a protected right under the Constitution.

The favorite target of blame for the El Paso shooting, since the alleged shooter posted an anti-immigrant manifesto, is President Trump and Republicans. Many of them who blame Trump’s rhetoric should look in a mirror. British political journalist Mehdi Hasan wrote an article for The Intercept headlined, “After El Paso, We Can No Longer Ignore Trump’s Role in Inspiring Mass Shootings.” In March 2019, Hassan posted another article to Twitter entitled “Yes, Let’s Defeat or Impeach Trump – But What If He Doesn’t Leave the White House?” Hassan referred to that scenario as “all too plausible...deeply dangerous...maybe violent.” The alleged shooter from Dayton actually commented on that article: “Arm, train, prepare.” Should Hassan be blamed for inspiring the mass shooting in Dayton? Of course not, just as President Trump shouldn’t be blamed for El Paso. 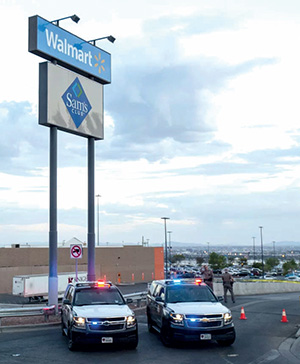 Elizabeth Warren said that “we need to call out the president himself for advancing racism and white supremacy.” She referred to Fox News as “a hate-for-profit machine that gives a megaphone to racists and conspiracists.” Warren ignored the interview that CNN’s Jake Tapper gave to actual white-supremacist Richard Spencer. Joe Biden tweeted that “white nationalism” is “an ideology emboldened by a president who stokes the flames of hatred and coddles white supremacists with messages of support.” Kamala Harris, Bernie Sanders, Cory Booker, and others all pushed this same message. Beto O’Rourke actually said, “President Trump has a lot to do with what happened in El Paso,” and said that the president was a “white nationalist.”

El Paso is receiving most of the mainstream coverage because it better fits the leftwing narrative. The New York Times wrote an article headlined, “El Paso Shooting Suspect’s Manifesto Echoes Trump’s Language.” They do not have any articles about the connection the Dayton shooter has with Elizabeth Warren or left-wing ideology. This is a common occurrence. When there was a firebombing attack on a Tacoma, Washington, ICE facility, the media never connected those actions to Representative Alexandria Ocasio-Cortez. This is despite the attacker using her language of “concentration camps.” When Congressional Republicans were shot on a baseball field by a Bernie Sanders supporter shouting “This is for healthcare,” there was no connection made to Sanders. Quite the contrary, the headlines from The New York Times were sympathetic to Sanders and somehow blamed Trump. “Attack Tests Movement Sanders Founded”...”Virginia Shooting Suspect Was Distraught over Trump’s Election, Brother Says.” Political rhetoric that doesn’t explicitly call for violence should not be connected to violent acts. The media only get this principle right when those violent acts are performed by someone who supports a left-wing agenda. The dichotomy of coverage between El Paso and Dayton this very weekend exposes that.

While they lie and complain that President Trump doesn’t push for any gun laws and coddles white supremacy, the fact is quite the opposite. President Trump endorsed Red Flag laws, which allow for police or family members to petition the courts to ban gun sales to an individual. The Dayton shooter had lists of classmates he would kill. The warning signs were there. A red flag law could have done something. He called out the mental health aspects of the problem. He said, “In one voice, our nation must condemn racism, bigotry, and white supremacy. These sinister ideologies must be defeated. Hate has no place in America.” The Democrats and media still claim that he doesn’t call out white supremacy.

Condemning white supremacy and gun violence is already something that everyone does. It’s tragic that our political differences have spilled over into an inability to even discuss a problem. Painting Donald Trump as the cause of violence is despicable, and must be condemned by voters and viewers. As long as that continues, there will be nothing accomplished to combat this evil. Evil acts are a cancer; nobody knows when or where it will strike. The only thing we know for certain is that people will take advantage of the tragedy for their own gain. 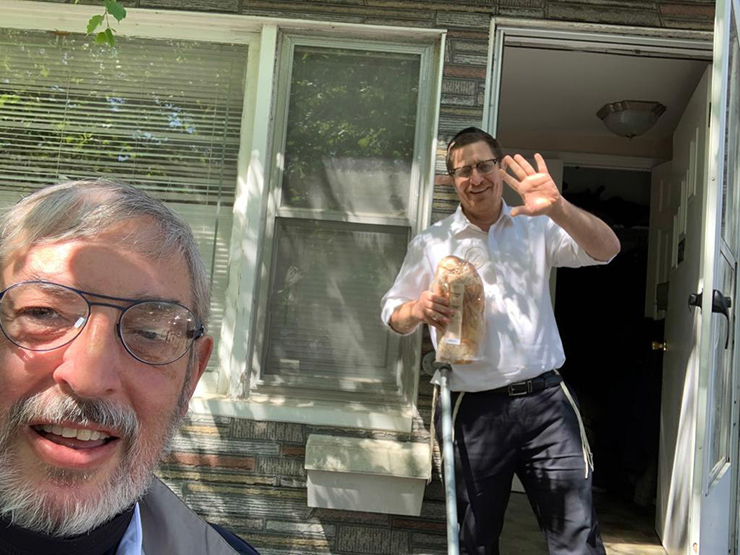