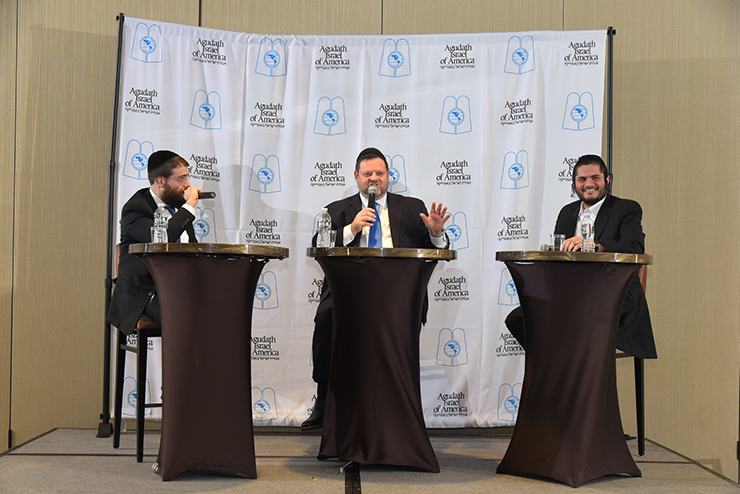 The community that walks humbly often keeps a low profile, avoiding interviews with secular media, which results in slanted reporting that depicts Orthodox Jews in a negative light. At last week’s annual Agudath Israel of America convention, three outspoken panelists sought to correct the narrative with examples from their experiences and advice on how to interact with editors and reporters.

Rabbi Steinberg was referring to formerly observant individuals and nonobservant academics who offer their views on events in Orthodox communities that have either a negative slant or ignorance of actual conditions. As a result of such stories and reality shows, public opinion accepts these depictions, which lead to policies and legislation that hurt the klal.

“It seems that the fight for equal rights and civil rights, as far as progressives are concerned, stops at the water’s edge of religious rights,” said moderator Chaskel Bennett, a board member of the national Agudah organization. “Let’s be clear and unequivocal. Jews must have the right, like everyone else, to live how they want and wherever they want, free of bigotry and intolerance.”

In his role as an activist, Bennett maintains a lively presence on Twitter, @ChaskelBennett, where he calls out biased reporting, shares positive aspects of Orthodox life, and charitable causes.

“Today’s social media, mostly Twitter and Facebook, has become the driver of the news. Social media is where stories are broken and where traditional media get their stories of the day,” he said, and then offered a caveat: “Before anyone embarks on social activity, it is critically important to discuss social media with your halachic authority.”

The third panelist, Yossi Gestetner, is the founder of OJPAC, the Orthodox Jewish Political Action Committee, which seeks to counter the negative coverage and fighting for the civil rights of Orthodox Jews on matters such as synagogue construction, eruv lines, and the ability of schools to set their curriculum. As he describes his mission, it is about fairness. “It’s when a journalist writes a story that is despicable or outrageous on its own, especially as how it would not be done to anyone else.”

The example is when a frum individual is accused of a crime, the story becomes about the community rather than the individual. Such reporting does not happen with members of other minority groups. Bennett and Gestetner’s approach is to tag the reporter and news organization with a tweet that “fact-checks” the story. “It becomes a great help if relevant people in the media institution get tagged. It’s not about harassing; it’s about alerting them to an issue.”

Gestetner noted Joel Petlin and Rivkie Feiner in the audience, as they also have a presence on social media where they interact with reporters to offer an accurate take on events in their communities. They both live in Monsey, a sizable Orthodox community that often appears in the news on a variety of topics. “The reason I’m pointing out those two people is because they have a reputation. It elevates the issue,” he said.

With time, their interactions with news organizations resulted in seeing their names on bylines, where they explained complex issues relating to chareidi communities in Monsey and beyond. Petlin’s op-eds have appeared in The Forward and The Journal News, where he wrote from his experiences as the superintendent of the Kiryas Yoel School District, while Feiner wrote of her experiences in secular media as a mother and nonprofit executive in countering the message of reality shows that depicted chareidi women as nothing more than housewives.

In the past year, Gestetner confronted the state on its pandemic policies that shuttered all minyanim, in-person classes, and overnight summer camps. While defending public gatherings on First Amendment grounds, he could not speak for every instance where the law was broken, especially if it could not be confirmed.

“The Orthodox community in Rockland County has probably 75,000 people; we have hundreds of minyanim that will take place. If ten or 15 people want to set up something that would be stupid or dangerous, how is that a story?” When asked what inspired him to speak up, Gestetner spoke of a sense of injustice.

“I had some difficulties when I grew up, and I wanted to take action into my hands. I think that sometimes the outrageousness is just crazy, and it yells at you.”

Rabbi Steinberg spoke of the dishonest representation of Orthodox Jews, when anyone who presents himself as Orthodox is accepted as such by the media. “There’s a lot of simple ignorance by people in the media and they need to know that this value set is not us,” he said.

Rabbi Steinberg’s first published opinion piece followed the commutation of Sholom Rubashkin’s sentence, when many chareidi Jews celebrated the event. “I know Bethany Mandel as a friend. She put me in touch with Batya Ungar-Sargon, then the editor of The Forward.” She offered him an opportunity to share his viewpoint and it received a positive response from readers.

He then appeared in The Washington Post, responding to a liberal rabbi’s column, which argued that “progressive values are Jewish values.”

The panelists noted that not all instances of negative coverage deserve their response, and some individual transgressions are obviously not connected to the community.”

“The role of daas Torah animates everything that we do – the first, last, and the entire middle. I don’t feel there’s a need to defend the indefensible. I don’t think that there’s a need to defend things that should not be defended,” Rabbi Steinberg said. “It gets used as a cudgel by people who really want to attack Yiddishkeit. I will defend Jews about their being a Jew. A Yid who does something wrong, that’s really not my gesheft.”

Chaskel Bennett spoke of the most recent example, where an online interaction with a journalist resulted in a correction. It was a photo of Governor Kathy Hochul and Kiryas Yoel Administrator Gedalye Szegedin. The two leaders are looking out of a window at the growing community, to which the reporter tweeted about its outsize influence in politics. Bennett and other Orthodox activists tagged this reporter to inform him that he may have tweeted an unintentional anti-Semitic trope. He later apologized and thanked the activists for pointing it out.

Bennett noted that there is a difference between reporters who are unintentional and those who are “bad actors.”

Cultivating relationships with reporters, understanding their profession, identifying loaded questions, and giving an honest answer are part of the formula in getting the Orthodox community an accurate depiction.

“People should be more confident in themselves,” Rabbi Steinberg said. Without active participation, the result is a “lazy story” where only one side is quoted. But when Orthodox Jews offer their take, and inform the reporter of the community’s norms, institutions, and leaders, the reporter becomes more knowledgeable and thankful. “People are ready to go on the record and they are better prepared.”

Reporter’s Note: From my experience in secular media, a “no comment” is regarded as an admission of guilt and leaves out half of the story. When reporters call you for a comment, be polite and recognize that they have a job to do. Give them an honest answer, keep in touch with advocacy organizations, and seek their experience in media relations. Likewise, when you see a story that does not meet your expectations, write a letter to the editor, tweet, or post a comment. Know how to do it effectively and succinctly, so that the message leaves an impact. 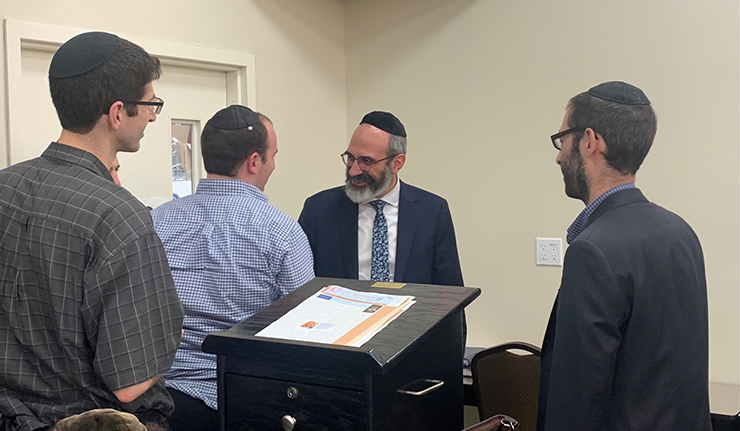