A shofar blowing in May? How unusual. On Sunday morning, May 26, sunshine sparkled on the rhododendrons, irises, trees, and shrubbery in lovely Jamaica Estates and on the faces of the record crowd lined up at the starting line for the 18th annual L’Chaim 5K Run/Walk for Israel. Assemblyman David Weprin of District 24 counted to three and then Rabbi Shlomo Hochberg, rav of the Young Israel of Jamaica Estates, blew the shofar that sent the runners and walkers down the tree-lined path that wound through Jamaica Estates and trailed through part of Cunningham Park, finishing across the street from the Young Israel. Police stood guard and directed traffic. Most streets were blocked. There were volunteers along the way, encouraging runners and walkers. 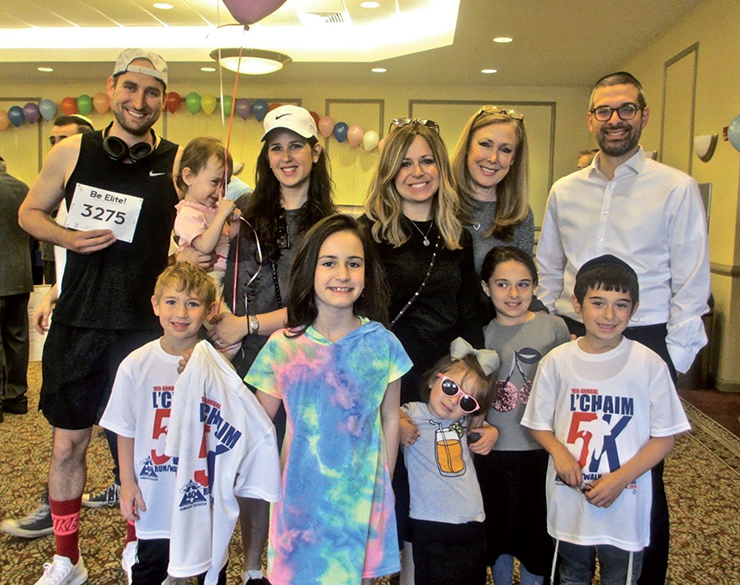 Some offered cups of water and one man had a hose handy for overheated participants.

The event began inside the Young Israel of Jamaica Estate earlier that morning, where participants and other community supporters joined in singing with Mr. Tzvi Rosenfeld, who sang a stirring “HaTikvah,” followed by Mr. David Yudell leading the singing of “The Star-Spangled Banner.”

Mr. Dror Rosenfeld, who co-chaired this event with Mr. Adam Orlow, greeted the crowd and shared that this race for Israel began 18 years ago. He noted that Rebbetzin Karen Hochberg spearheaded this tremendously successful event and ran it all these years. Work on this event begins during the cold, snowy days of winter. Mr. Rosenfeld directed his heartfelt message to Rebbetzin Hochberg: “This is your legacy. Thank you for all you have done for the community, for our shul, and for klal Yisrael. We love you and we will miss you very much.” Rabbi and Rebbetzin Hochberg are retiring this year from their roles as Rabbi and Rebbetzin of the shul. 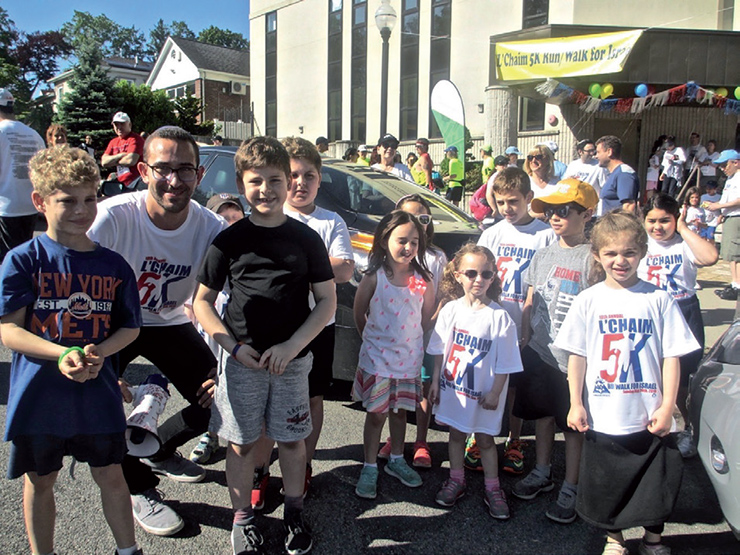 Next, Rabbi Hochberg shared that the L’Chaim 5K Run/Walk for Israel is dedicated in memory of Mr. Chaim Bohorodzaner, a young father and husband, and a member of the Young Israel. “His life was filled with friendship, strength, love of family, Israel, and good causes; so the shul decided that this would be a fitting tribute to him.” Rabbi Hochberg continued: “He lived life filled with determination, and his wife and family are carrying on his legacy.” 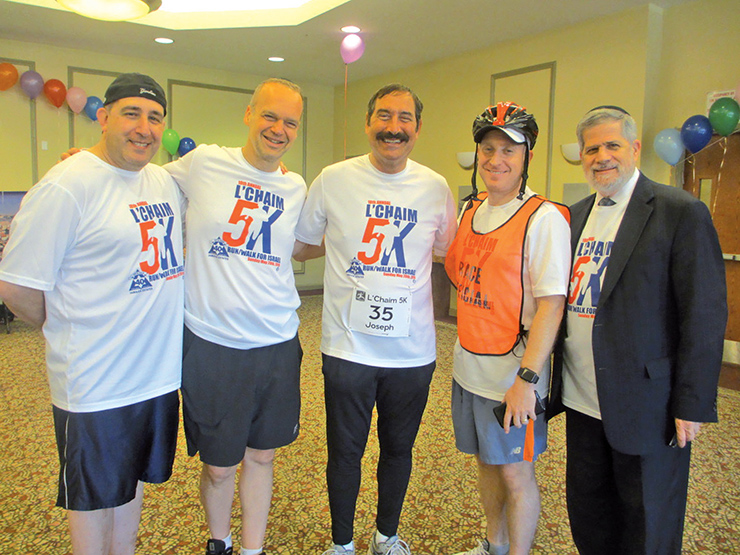 Following this, Councilman Rory Lancman shared, “The Rabbi and Rebbetzin have given 30 years of community service.” He presented them with a New York City proclamation. Then Assemblyman David Weprin, who is a member of the shul, shared that he remembers, in 2001, during the First Intifada, when Rebbetzin Hochberg decided to organize this race for Israel. He also noted that he was a good friend of Chaim Bohorodzaner, and his family should be proud of the legacy he left. He also presented the Rabbi and Rebbetzin with a proclamation.

Then, Mr. Avi Bohorodzaner thanked everyone and shared how the Rabbi and Rebbetzin have always been there for his family, through good and bad times. “They are role models for us and the whole community.” He said, “We are here to support Israel.”

This writer spoke to Rebbetzin Hochberg about the 5K race. She shared, “The race reached one million dollars in proceeds by its 15th year, and it averaged 65K each year since. The money is designated for medical, security, and humanitarian aid in Israel. It is disbursed to about 15 organizations, some of which are repeated every year, like One Family Fund, and others that help meet immediate but temporary needs that may arise, such as for the fire-ravaged community of Mevo Modi’im, to which we have just sent significant funds.”

Here is a thank you note that Rabbi Hochberg just received from the community of Mevo Modi’im: 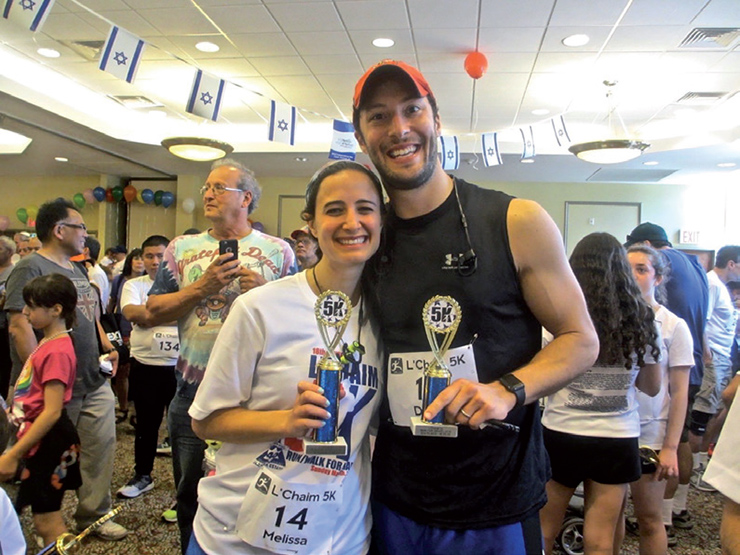 I’m writing you from the Mevo Modi’im displaced center in Yad Binyamin where 94 kids, 126 adults, and 62 families who lost everything, are now placed.

I have no words to express how difficult and painful this situation is for all of us. These residents did not only lose their beautiful homes but their delicate and unique community. The residents are living in shelter conditions and are suffering from trauma.

I wanted to update you that today I had the privilege to distribute, together with my father, 1,000 shekels to each family, all donations made by you and the Young Israel of Jamaica Estates. We have a small amount left and will distribute to community members as emergency needs evolve in the coming day.

The police are now strongly leaning towards declaring this fire as arson/terror. With the use of advanced aerial photography, they have identified four separate locations that were set fire simultaneously. This fire was, of course, devastating, but knowing that this was most likely a terror attack is just heartbreaking.

On behalf of the members of Moshav Mevo Modi’im, I want to send you our most heartfelt gratitude for you and your communities’ beautiful kindness and support. Am Yisrael has shown the Moshav such kindness, and we are feeling the incredible love and support! 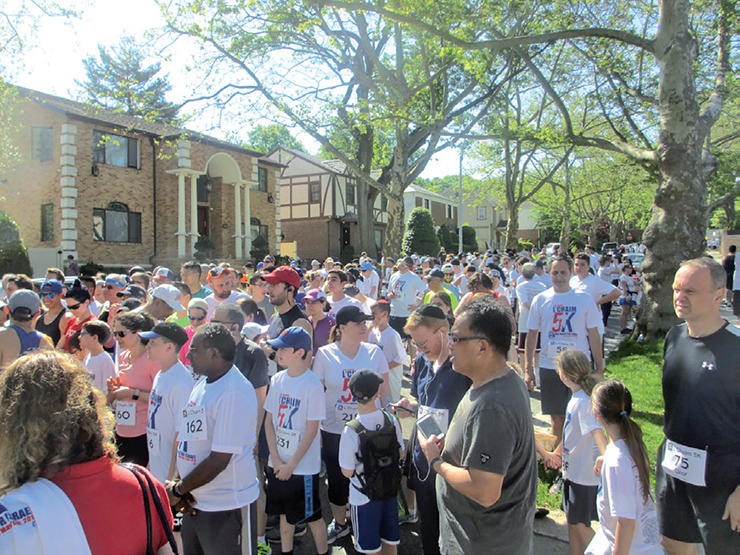 This year, the 5K race earned $70,000. When the event first began, Rebbetzin Hochberg hoped it would be an annual event. She shared that “It creates a feeling of unity, and reflects the values of generosity and of love of Israel that’s central to our shul’s culture, and which we try to impart to our next generation.”

When asked about some memorable highlights of the race over the years, she shared that over the 18 years there were only two years when it rained. The rain was torrential, but “despite it all, the runners ran, and the walkers walked with umbrellas and everyone still had a great time.”

Everyone in the community will be happy to know that the Hochbergs plan, G-d willing, to come back every year for the L’Chaim 5K Race.

The race ended with a presentation of trophies according to age group. Also, everyone enjoyed free ice cream, pizza, and fruit – and an uplifting concert from the Shur Thing led by Rabbi Moshe Shur. There was also a raffle.

Everyone left invigorated by this fun event, and happy to have done something so important to support Eretz Yisrael. 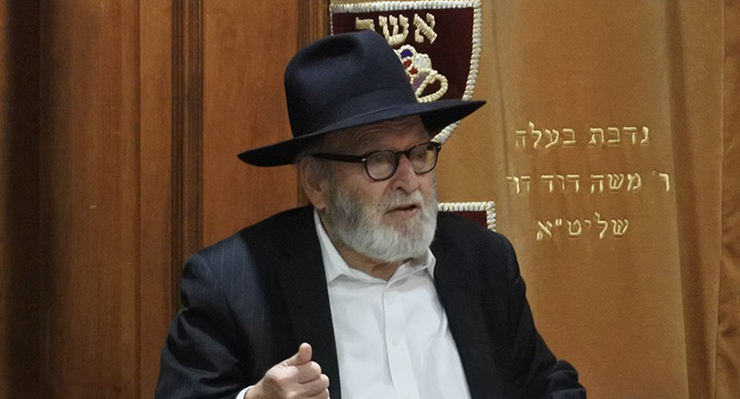 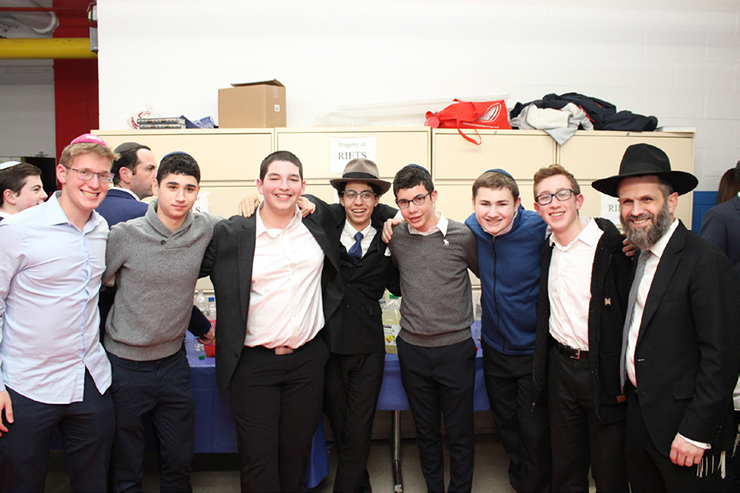