Anyone who tells you that Hunter Biden’s involvement in the Ukrainian natural gas company is a “debunked right-wing conspiracy theory” is lying to you.

Last week, the trial of President Donald J. Trump began, and it was a ridiculous waste of time. However, it is a “historic” moment - as Trump is only the third President to have an impeachment trial in American history, Americans deserve to know what is going on. One of the most frustrating aspects of this farce is the notion that Hunter Biden, the epicenter of the entire Ukrainian scandal, is considered an irrelevant part of this investigation. Adam Schiff, who takes the term “partisan hack” to disturbingly new heights, said that calling Hunter Biden to testify would be an “illegitimate abuse of the trial.” This is a lie.

To debunk the narrative that the Hunter Biden aspect is debunked, it’s important to go through the timeline. Fortunately, Texas Senator Ted Cruz has debuted a new podcast this week alongside the Daily Wire’s Michael Knowles, called “The Verdict” – and the American people are tuning in. In only a few days since its inception, it shot to the number one podcast in iTunes, which is no small feat. During one episode, Senator Cruz, who may be one of the best constitutional lawyers in the country, laid out the legitimacy of the investigations that President Trump was asking for. 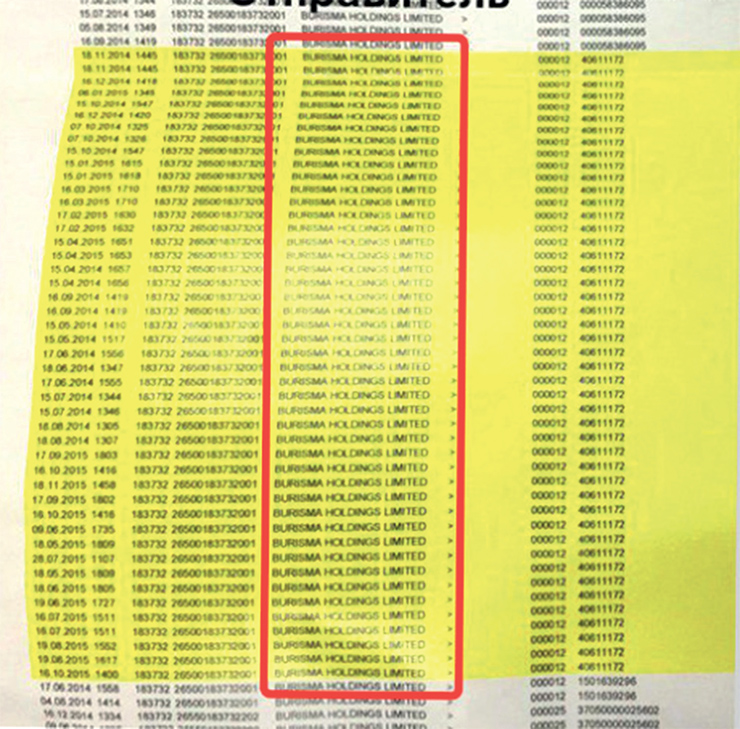 Burisma was co-founded in 2002 by Mykola Zlochevsky, a Ukrainian oligarch. In 2010, Zlochevsky became Ukraine’s Minister of Ecology and Natural Resources, which meant that he could grant the country’s natural gas licenses to his own company and then get to reap the profits.

In 2014, this obvious corruption caught the attention of the United States, and Joe Biden said he would be the point person for the Obama administration regarding all things Ukraine. After Russia invaded Crimea, Biden traveled to Ukraine and held a joint press conference with the Ukrainian Prime Minister, Arseniy Yatsenyuk. Ukraine knew that Biden was their guy.

In April 2014, Devon Archer, Hunter Biden’s business partner, is appointed to the board of Burisma. Devon Archer is also business partners with Christopher Heinz, the stepson of then-Secretary of State John Kerry. Two weeks later, $23 million, controlled by Mykola Zlochevsky, is frozen by Britain’s Serious Fraud Bureau. On May 12, 2014, Hunter Biden is named to the board of Burisma and is paid a salary between $600,000 and $1 million per year. The Washington Post reacted to this appointment by saying, “The appointment of the Vice President’s son to a Ukrainian oil board looks nepotistic at best, nefarious at worst.”

Hunter Biden was being interviewed by ABC News in October 2019, and he was asked, “If your last name wasn’t Biden, do you think you would have been asked to be on the Board of Burisma?” His reply was, “I don’t know, I don’t know, probably not.” Considering that Hunter Biden has no oil and gas knowledge or expertise, and had nothing to do with Ukraine prior to his appointment, it’s a safe bet that he would not have been appointed to the board.

In December 2015, The New York Times publishes an article saying that Victor Shokin, Ukraine’s Prosecutor General, is investigating Burisma and Zlochevsky. In February 2016, Zlochevsky’s home is raided. Between February 11 and 19, there is a series of phone calls between Vice President Joe Biden and Ukrainian President Petro Poroshenko. On February 24, an American lobbyist for Burisma gets a high-level State Department meeting by using Hunter Biden’s name. On March 2, Devon Archer meets with John Kerry.

On January 23, 2018, Joe Biden is speaking at the Council on Foreign Relations and bragged about getting Shokin fired. “...I went over, I guess, the 12th or 13th time to Kiev [Ukraine],” Biden said. “And I was supposed to announce that there was another billion-dollar loan guarantee. And I had gotten a commitment from Poroshenko and from Yatsenyuk that they would take action against the state prosecutor [Shokin]. And they didn’t. So they said they had – they were walking out to a press conference. I said, nah, I’m not going to – or, we’re not going to give you the billion dollars. They said, you have no authority. You’re not the president. The president said – I said, call him. [Crowd Laughter] I said, I’m telling you, you’re not getting the billion dollars. I said, you’re not getting the billion. I’m going to be leaving here in, I think it was about six hours. I looked at them and said: I’m leaving in six hours. If the prosecutor is not fired, you’re not getting the money. Well, son of a [expletive]. [Laughter] He got fired. And they put in place someone who was solid at the time.” That is, by definition, a quid pro quo.

This is the series of events that Democrats are saying is “debunked,” without investigation. Republicans saying they want to have Hunter Biden testify draws cries of a cover-up from their Democratic colleagues. This is patently insane, because if this deserves an investigation, regardless of the outcome, Trump was perfectly within his rights to tell the new Ukrainian president that he wanted one.

Democrats are saying that even asking for an investigation into this seemingly corrupt series of events is an “abuse of power.” Not going along with a partisan investigation is “obstruction of Congress.” The fact is, Democrats are abusing their constitutionally given impeachment powers to a far greater degree than anything Trump is accused of doing. They are obstructing Congress from accomplishing meaningful legislation for the American people. They are covering up corruption and attempting to overturn a prior election while simultaneously interfering in the upcoming one. In short, they are everything they think Trump is, but worse. This is why nobody should take what they say, or this entire charade, seriously. It doesn’t matter.

Moshe Hill is a political analyst who has written for The Daily Wire, the Queens Jewish Link, The Jewish Link of New Jersey and www.JNS.org. He is regularly featured on ‘The Josh M Show’ podcast. Subscribe to www.aHillwithaview.com  for more content from Moshe Hill. Like him on Facebook at facebook.com/ahillwithaview and follow him on Twitter @TheMoHill.