The Makeup Museum, which opens in May 2020 in the Meatpacking District of New York City, will celebrate the history of cosmetics and its impact on society. A series of rotating exhibitions will concentrate on makeup history, focusing on one decade at a time. The kohl eye of Cleopatra to the eyeliner of Sophia Loren, all will be explored. The Makeup Museum’s first exhibition, “Pink Jungle: 1950s Makeup in America,” will spotlight iconic beauty trends along with the influential women of the decade, including Marilyn Monroe, Greta Garbo, and Audrey Hepburn. The decade of the 1950s is credited as the birth of the modern makeup industry with the emergence of pioneering brands like Elizabeth Arden, Helena Rubinstein, Max Factor, and Sally Hansen. The museum’s semi-permanent pop-up space will be located at 94 Gansevoort Street and will be open for six months starting spring 2020. There are future plans to open a permanent space in a New York flagship. 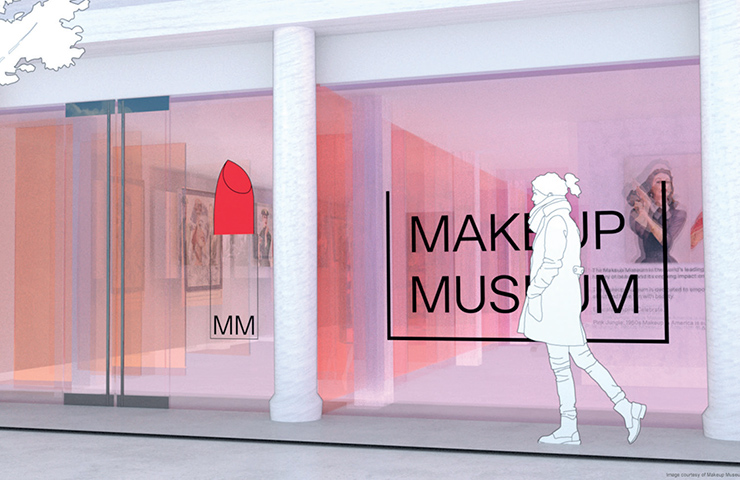 How Jewish is the world of beauty? How is beauty reflected in Judaism? The little Jewish woman yet very big queen of one of the powerful cosmetic brands was Helena Rubinstein. At 4’10” she was an unlikely titan of the cosmetics industry, whose genius for marketing made her one of the most successful businesswomen of all time. Born in 1872 in Krakow, Poland, Helena Rubinstein moved to Melbourne, Australia, in 1902 to avoid a bad shidduch! When the too-tanned women of Australia marveled over her milky complexion, young Helena trumpeted her mother’s face cream as the source, then went into business selling the cream to the public. Upon arriving in America, Rubinstein analyzed the boom of the film industry in part to women wanting to appear more glamorous. As more women entered the workforce, they had the means to spend money on their appearance, which included makeup and skincare. Helena Rubinstein made herself into a brand before the concept really existed, achieving incredible success as a businesswoman at a time when every field was dominated by men. She set the stage for generations of women to conquer the beauty industry, which include Estée Lauder, another great Jewish woman.

This week I listened to a very popular rabbi’s lecture where he spoke with great disdain about Jewish women wearing red lipstick. His description was merciless on denigrating the character of the women who sport such a colorful lip, judging the entire woman’s observance level and relationship to Hashem upon her lip color and eyeshadow. I dare not criticize a rabbi (with hundreds of thousands of followers) as is this one while he was criticizing someone like me! 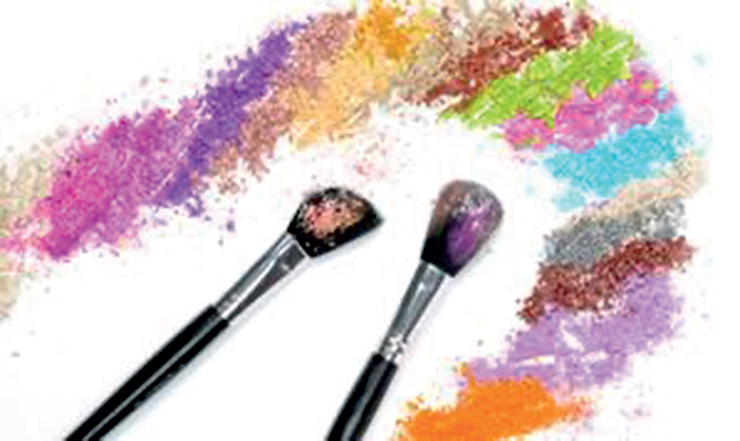 Yet, I wondered, did the Israelite women use their holy mirrors in Egypt to seduce their husbands with a naturally scrubbed face? Did Esther win the heart of King Achashveirosh with no help at all? Did the late Rabbi Blumenkranz, z”l, work so hard to develop a Shabbos makeup brand just so no woman would ever apply it? Mrs. Kelman worked with Rabbi Moshe Feinstein’s student Rabbi Blumenkranz in New York for more than 15 years, beginning in 1983 when she founded ShainDee Cosmetics, an affordable luxury label that includes kosher-for-Shabbat products. The brand’s long-lasting lipsticks, as worked out in conjunction with the very widely accepted Rabbi Blumenkranz, are not for Shabbat; however, they can be applied before sundown to last. Ironically, this brand also includes a show-stopping crimson red shade called “Vamp,” which is entertainingly suggestive. Her full line of cosmetics allows the user to look beautiful and follow halachah, which includes a line of kosher-for-Passover cosmetics.

There are so many Instagram makeup artists that specialize in “Jewish beauty,” which I labeled expressly for simchahs, Shabbat, Yom Tov, and everyday use. There are so many issues at play here concerning truth in beauty, modesty laws, and plain fanaticism surrounding Jewish women’s appearance. Is the current demonization of makeup just another level to further push the faces of women into a black hole? I don’t know, but let me put on my lipstick and think about it for a while!