The Jewish Post states the following, “The observational clinical trial had a sample size of 229 children, ages six to nine, chosen from two different schools in the Shoham area, just southeast of Tel Aviv. The children’s blood pressure was checked at three different times throughout the day: during class, during relaxation, and during times of stress (such as reading an excerpt from a text to the class). The process was tracked through questionnaires and daily diaries the parents of the children kept throughout the process.”

“The study shows that raising a dog at home is associated with low blood pressure during stressful situations in children, and that owning a dog has added health value,” Dr. Balaish explained.

Jewish tradition does not expressly prohibit the keeping of dogs as pets, but biblical and rabbinic sources do include numerous references that associate dogs with violence and lack of cleanliness and do not suggest one as a part of the household. 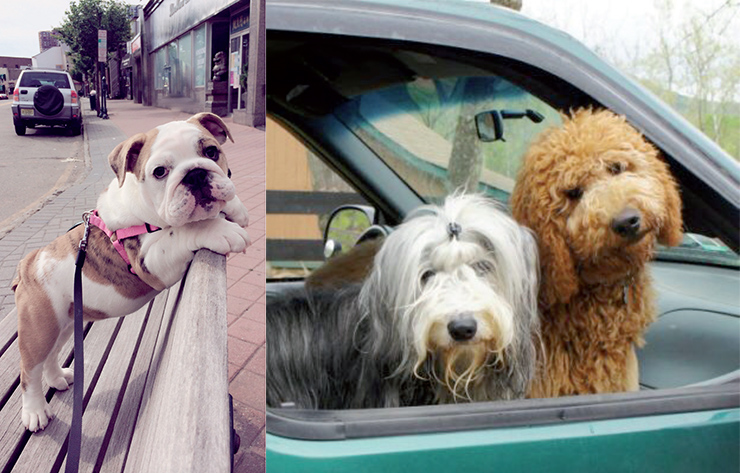 Dogs are for the most part portrayed negatively in the Torah. Deuteronomy appears to equate dogs and prostitution, ruling in Deuteronomy 23:19 that if one of these is used to pay for an animal, that purchased animal cannot be brought to the Temple as a sacrifice. The Book of Kings includes several references to dogs feeding on corpses. And in the Psalms, dogs are described as beasts that maul at human beings.

The Shulchan Aruch (a 16th-century legal code) takes a somewhat less-restrictive approach, saying only that an “evil dog” must be bound in iron chains. Similarly, Rabbi Moshe Isserles, a 16th-century Polish scholar also known as the Rema, in his commentary on the Shulchan Aruch writes that a dog that is liable to harm people must be kept chained.

This all sounds quite gruesome if you own a poodle!

Thank G-d, the notable 16th-century Jewish leader, the Maharsha, says that a dog is a creature of love. He certainly saves the day by interpreting the dog’s Hebrew name, “kelev,” which is etymologically derived from the words “kulo lev” or “all heart” (Rabbi Shmuel Eidels, Chidushei Aggadot, Sanhedrin 97a).

In the story of Adam and Eve’s children, the notorious Cain and Abel, Hashem gave Cain a dog when he became a wanderer. This is in the midrash, in Bereishis Raba 22:12. The Ramban elaborates on this dog-and-human relationship. Cain was given a dog as he was afraid the animals would kill him, so he was given one of them to show him the way, and wherever it went he then knew it was ordained by Hashem and he wouldn’t be killed there.

Hashem’s blessing of the dog in Shemot 11:7,“And for all the Jews, no dog would bark, from man to animal” (therefore minimizing the alert to the Egyptians of the massive escape). Moshe then instructed the Jewish people to feed the dogs all the meats that were left after the exodus.

I was raised with a dog (actually a wolf) in my zaidy’s home in East New York, Brooklyn. My wonderful, spiritual, and learned grandfather taught me the joy of taking care of a dog. I felt adored by human and animal alike, never fearing for my safety or being an only child. My warmest memories of my zaidy training him in Yiddish commands still makes me laugh. Rewards of cholent marach bones was this dog’s greatest pleasure besides walks in the park and snowball fights in the backyard. Perhaps I need to write a children’s book about how my zaidy’s wolf (dog) saved my life one Erev Shabbos when I fell down a long flight of stairs and no human heard me scream.

My entire family shares the love of dogs throughout the generations. Farfel the poodle, Kugel the Scottish terrier, Romeo the German Shepherd and Dexter the Shih Tzu that resides in Borough Park are all a part of our canine relatives. Of course, there is my own Lady Cinnamon Babka, the Wheaton terrier that now lives in Kew Gardens Hills and thoroughly enjoys the company of the dog that belongs to the nice Bukharin family across the street, Oscar the Maltese!

In today’s world of fake news, stress-related illness, crippling anxiety, and excessive hatred, isn’t it comfortable to know that with dogs you get silent approval, basic needs, and unconditional love? Don’t we all need that!