The excitement around Grossinger’s was the idea that you could be in a glamorous hotel adorned with photos of famous guests such as Elizabeth Taylor, Jackie Onassis, President John F. Kennedy, and Joan Rivers while dining on flanken with a side of chopped liver and another side of kishka. The beautiful resort was the ideal world where you were able to ski, golf, and swim without compromising your religious practices. While eating lox and bagels at the Sunday breakfast extravaganza you were assured that the mashgiach was watching the food preparations in the massive kitchen. 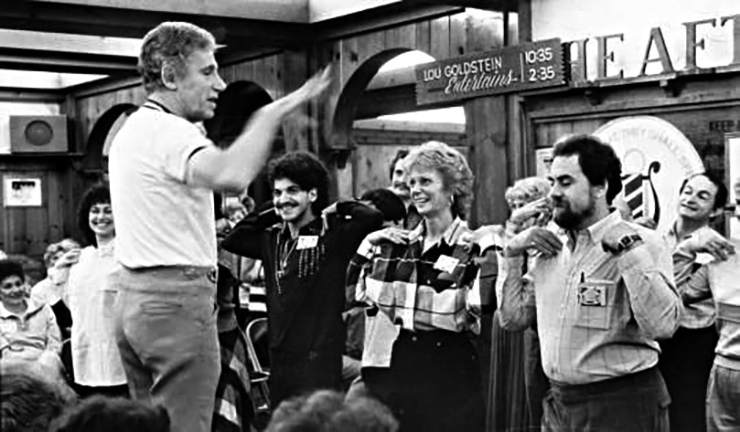 It’s hard to believe the humble beginnings of the Grossinger family. They immigrated to the United States in the early 1900s from a shtetl in Poland. The (Jewish) religious family finally settled in Ferndale, New York. Since the Grossinger family were dairy farmers and practiced Orthodox Judaism, they quickly became an important member of the otherwise established Jewish farming community. They purchased property with the plan to grow crops, but the soil was not properly suited for farming purposes. They recouped their losses quickly after “taking in boarders” on the same business model as A‌i‌r‌b‌n‌b‌ .The first summer they had nine guests, and the next year so many guests arrived that the overflow camped outdoors. 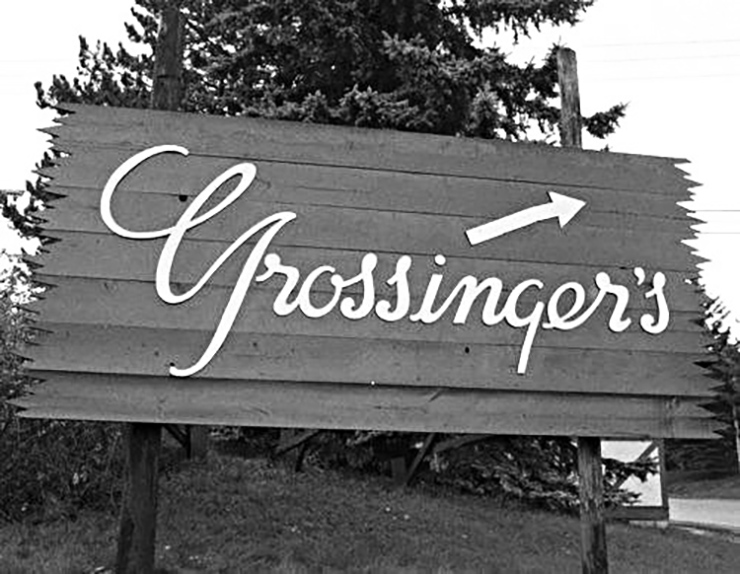 In 1919, the Grossinger family purchased the Nicolas Farm and renamed it the Grossinger’s Hotel, which boasted updated plumbing and electricity. Jennie Grossinger was the leading lady behind the hotel’s growing empire of hospitality. They continued to expand the hotel’s features with expensive sports facilities such as their boxing center and golf course (Big G Course). The Borsht Belt hot spot was where the “it” crowd would vacation, with an airport and post office, almost becoming a city of their own. 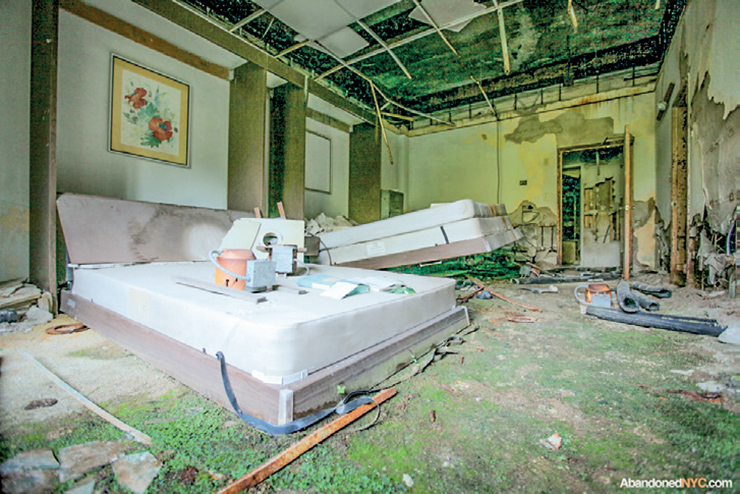 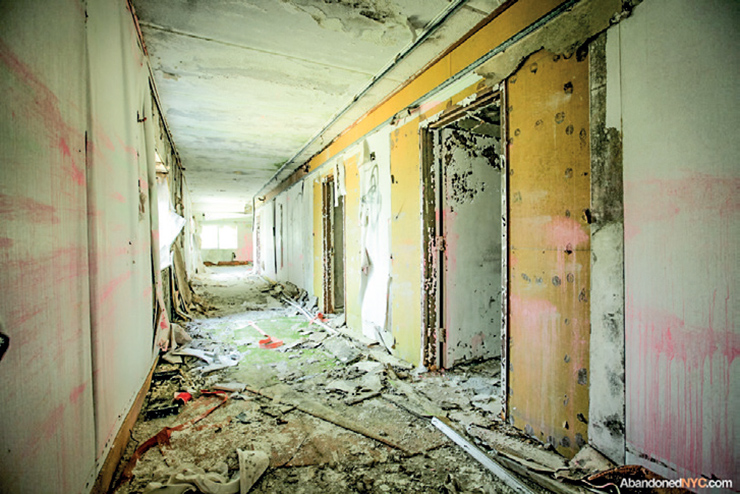 The job titles for tummler derives from a Yiddish word for someone who stirs up tumult. All this happened while lounging at the pool, emerging from a gigantic lunch, or headed to the spa. Perhaps the classic illustration was given by Mel Brooks, himself a former tummler, for The New York Times. “A tummler wakes up the Jews when they fall asleep around the pool after lunch,” Mr. Brooks said. “One of the things I had to do as the pool tummler was I used to do an act. I wore a derby and an alpaca coat, and I would carry two rock-laden cardboard suitcases and go to the edge of the diving board and say, ‘Business is no good!’ and jump off.”

In 1952, Sports Illustrated covered the story of the first artificial snow made for the Grossinger’s ski resort. Many celebrity athletes trained there, including GOATs, Jackie Robinson, Yogi Berra, and Rocky Marciano. The spa boasted an indoor Olympic-size pool with a fabulous “shvitz,” also known as steam room and sauna. 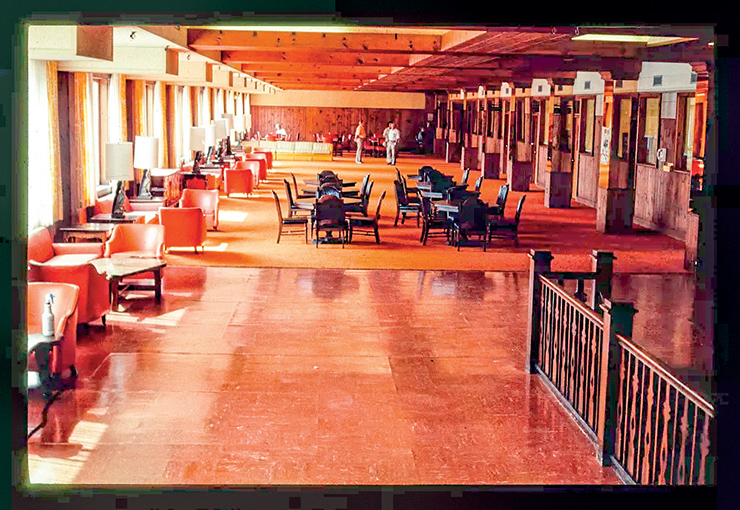 Spending Shabbos along with comedian Jackie Mason was a TV sitcom unto itself. If you were fortunate enough to be seated at his table (I won’t even try to explain the shenanigans around the dining room seating arrangements!) you were treated to a soft opening of his wildly popular Saturday night performances.

It’s hard to write about Grossinger’s without addressing the food. If you thought that cruise ships with midnight buffets or elaborate Passover programs were the only ones that have food in all its splendiferous varieties, you never spent a week in this hotel. Breakfast was served as early golfers’ breakfast and regular breakfast, lunch was served inside, at the ninth hole clubhouse, or at the barbecue at the pool. Dinner was served in the main dining room followed by dessert and snacks in the tearoom. Shabbos and Yom Tov were a cornucopia of Jewish delicacies. You could gain 10 pounds just trying to keep up with all the meal services that were going on every day. When planning your wardrobe you needed to pack three different sizes: one to start, one in the middle, and the largest for the end. Grossinger’s was just big. Everything was presented opulently, generously, and joyfully. It was a “living large” vacation in every sense of the word. 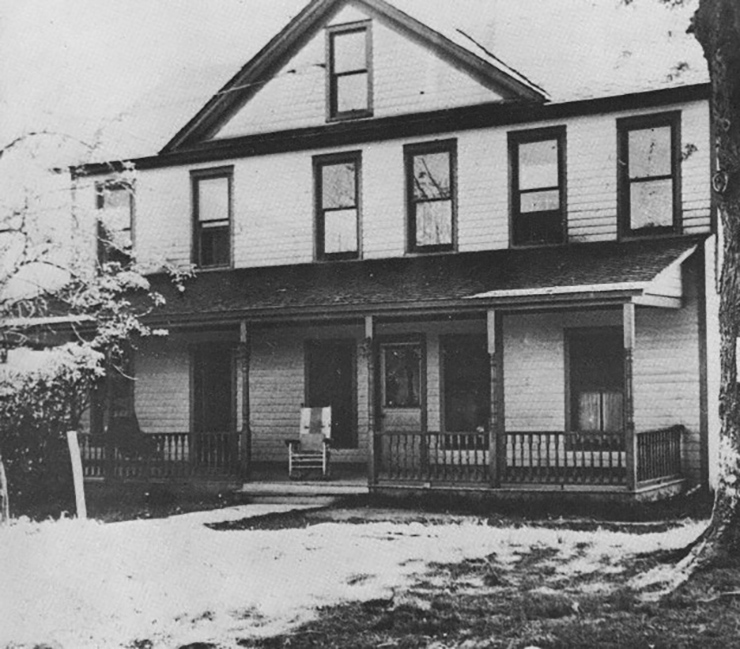 A frum and curious young man texted me with a question: “Why was Grossinger’s so cherished among so many? What’s up with that?”

I thought about it and texted him back, “Because it was a place of pure Jewish unity. All denominations of Jews sat in one dining room on any given Shabbos during a spectacular and entertaining vacation. This is what is desperately lacking today.” 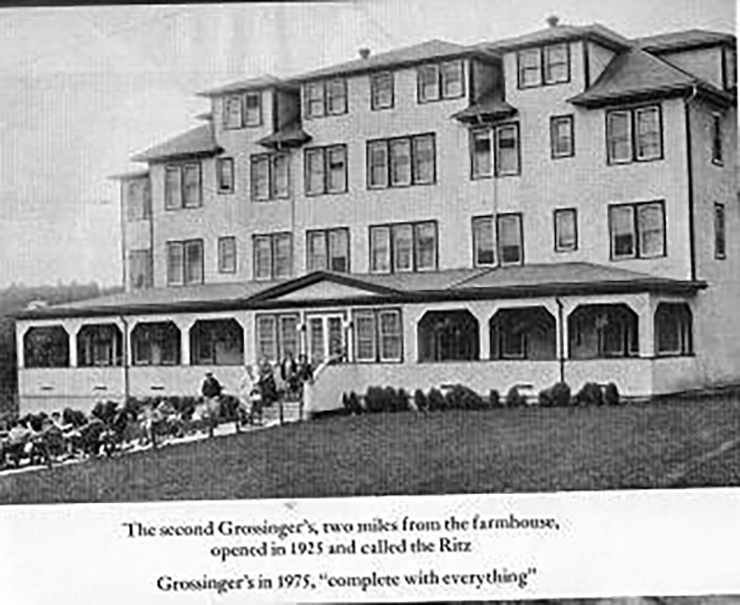 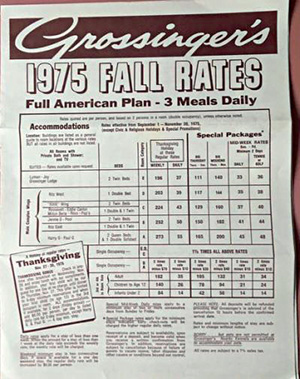 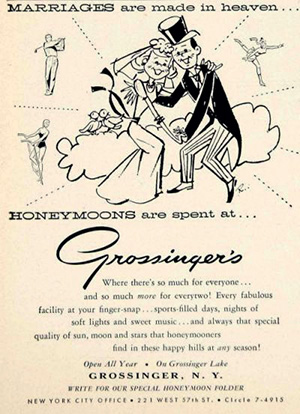