These are challenging times. We are all in the trenches of something that we’ve never ever seen the likes of. And so many things are happening at the same time, things moving so quickly, that it’s hard to keep up. Here in Israel, we’ve experienced a hurricane with unprecedented winds that knocked down trees and caused power outages. It looked like the world was coming to an end. But that was last week. Old news. And, of course, it goes without saying that we have the usual politics here. My kids have begged me to stop listening to the news in the hopes that I will stop screaming. But nothing is on the minds of people anywhere nearly as much as the coronavirus. Luckily, the powers that be in this country took the threat very seriously immediately. But it took time for that awareness to filter down to the rest of us regular people. But we are catching up. And fast.

I began hearing about the coronavirus several weeks ago, but while I felt sorry for the citizens of China, it didn’t really impact me on a personal level until my husband scheduled a trip to the US. I begged him not to go, but he was determined to make the trip as he had important business to take care of. There was no talking him out of it. In addition to my fear of his catching the virus, I was afraid he would be stuck in isolation and we were expecting many guests for Purim. While my husband was in transit, they began talking about automatically sending anyone returning from overseas into isolation. As soon as he arrived in New York, I suggested that he quickly turn around and come back. This time, he listened to me. He promptly and efficiently took care of his business and was back on a plane less than 30 hours later. I am confident that, b’ezras Hashem, my tongue will recover from all of the biting I had to do in order to refrain from saying, “I told you so.” He ended up sharing a cab back to Beit Shemesh with someone who was unaware that he would be entering isolation as soon as he arrived home. I was a bit nervous until the isolation period passed and his fellow passenger was symptom-free.

Now we live in a new reality, which is in a constant state of flux. The day starts with an announcement of the number of infections, an update about what’s happening in other countries, and an explanation of how the government will help those who are suffering financially because of this outbreak. We are treated to a press conference with the Prime Minister almost every night during which he informs us of the latest restrictions and assures us that everything is under control. Listening to Health Minister Litzman as he wears his shtreimel also gives a good feeling. Something about the press conference on Motza’ei Shabbos sent people running to the supermarkets. People waited on long lines and practically emptied the shelves. Since then, people seem to have calmed down but remain on high alert. Anyone who coughs or sneezes is immediately suspect. People question whether they, too, are sick when they themselves cough or sneeze. I personally was also quite uncomfortable this week when I paid a visit to the apartment of my special-needs clients. One of them had been diagnosed with pneumonia that morning, and another was having his temperature taken as I walked in the door. The Purell in my bag helped calm me down somewhat.

Despite the fear beneath the surface, people seem to be stepping up to the plate. For one thing, I see that when motivated, people really are capable of changing habits. Whether it is men shaking hands, women hugging each other, or kissing the mezuzah, people are trying very hard to break these ingrained habits. While not perfect, they are reaching an impressive measure of success. People are also trying very hard to follow the rules. With the limitations on how many people can be in shul, there are minyanim popping up all over the place, very spread out so that there are two meters in between the men. Sometimes, when I leave my house, I feel like I’ve walked into the men’s section in shul, as there is a minyan in the parking lot across the staircase adjacent to my home. My husband tells me that it is the same in the beis midrash. Even chavrusos maintain a large distance between each other. I see the same distance between customers in stores. Secondly, I am always amazed at the way am Yisrael is able to join together and help each other in difficult times. People are out there volunteering to help seniors, to cook, to deliver food and goods, and to help those in forced quarantine, all while following the guidelines of the Ministry of Health. There are constant online shiurim, online words of chizuk, world-wide T’hilim, and even an online kumsitz. When the going gets tough, the Jews get going. And finally, the people here truly know how to make the best out of a difficult situation. Schools are closed, which I am sure poses a challenge for some parents. But many parents are off from work, as well, and are taking advantage of the opportunity to spend quality time with their kids. While social distancing is meant to keep people apart, in some ways it has brought us closer together. The residents of some apartment complexes have coordinated group singing, accompanied by live music, with families standing on their balconies. One group sang “Ba’shanah ha’baah neisheiv al hamirpeset” while all the neighbors stood on their porches. There is an initiative being promoted that this coming Thursday, at exactly six p.m., the entire country will stand in gardens, yards, porches, hospitals, and supermarkets with open windows and give two minutes of applause to the medical personnel who are doing such a fantastic job during this crisis. You gotta love it.

And then there are the weddings. The incredible weddings. People have been performing awe-inspiring contortions in order to prevent the delay of weddings and to make them happy. Many have pitched in by providing food, venues, and entertainment, while creatively finding ways to follow the restrictions of the Health Ministry.  Some families spontaneously moved up the dates of their weddings, put it all together in just a few hours, and made weddings at all hours of the day and night in order to be compliant. I totally understand the difficulty a kallah would have with these arrangements. Every girl dreams of being a kallah practically from the moment she’s born. But today’s kallos have risen to the occasion and their weddings have been remarkable and memorable. The one that was at Yeshivat Mercaz HaRav was brilliant. The family and friends were able to observe as they were spread out over several balconies. The dancing involved no touching at all.  I’ve been to a few of these weddings. There are a few every night in Ramat Beit Shemesh. One had a chupah in a family’s backyard with dancing in the parking lot, complete with parked cars and basketball hoops. I wasn’t invited to that one, but I followed the music I heard outside. Many who passed by could not help themselves and stopped by or pulled over to participate in the simchah. The photographer they had hired appeared to be unnecessary since so many people were photographing and videoing the event. Another chupah was in my friend’s garden. I can’t even explain how beautiful it was. The dancing took place at the shul. Friends signed up on a spreadsheet for ten-minute intervals in order to keep control of the number of guests. The kallah wore beautiful white gloves made out of latex. Each guest was also treated to a pair. The men wore blue gloves. There were police inspections throughout the night at all the weddings to ensure that all rules were being followed. These weddings were extremely simple, yet extremely happy. Kind of like the weddings that took place back in the shtetl. The focus was on being m’samei’ach chasan v’kallah, not on all the silly extravagances we’ve gotten used to. Everyone has been talking about how this is really the way weddings should be. Maybe this will change the trend.

As I finish this article, new restrictions were just announced. We are being told to not to leave home for non-essential reasons. These are indeed challenging times. Let us hope that our t’filos will quickly bring the end of this tzarah. 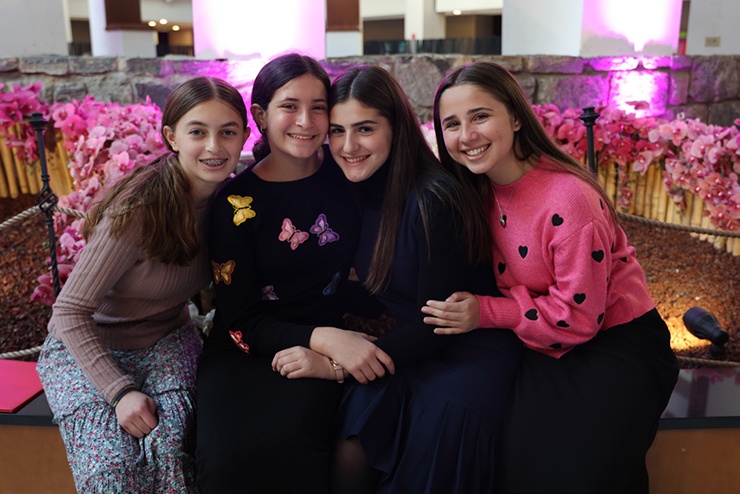 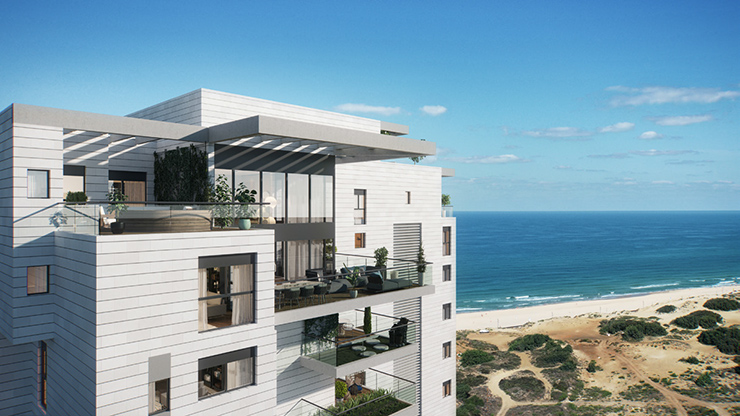